{The following photos were taken with my brand lens, the Canon 15mm 2.8 fisheye. It just arrived in the mail and I can’t to play with it some more!}

Well,  today we’re off to Seattle Children’s Hospital with our favorite curly-haired toddler.

And speaking of that toddler, I have to share a few things he’s said lately.

Apollo likes to say what a “big boy” he is. Especially if we tell him no about something. He’ll say, “But I a big boy!”. So the other day I said, “Apollo, you’re such a big boy, pretty soon you won’t need to nurse anymore,” trying to introduce the idea of weaning…He looked right at me and said:

“But I a pirate and pirates nurse honey from their mamas!”

Oookay. So much for the gentle introduction to the idea of weaning…. 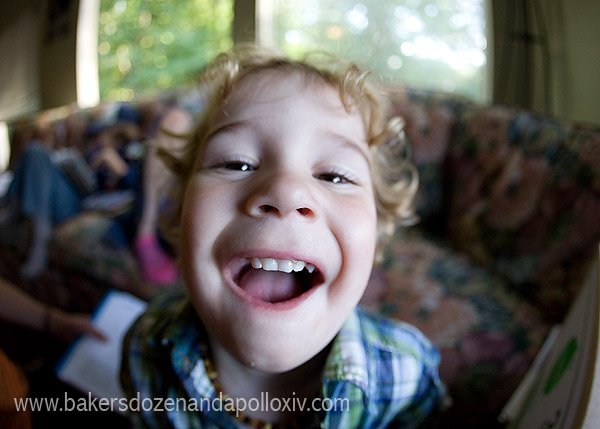 Apollo is for some reason obsessed by the this Usborne Young Readers book about Hilter that we have. I’ve hidden it several times, but he always seems to find it. Last night I was reading it to him, yet again, and I told him Hilter was bad.

“Because he killed lots of people” I answered.

That was his theme for the rest of the evening. “I not Hitler, I Pooh Bear”. So if you happen to see my adorable toddler at the park, talking about Hilter, you know the full story.