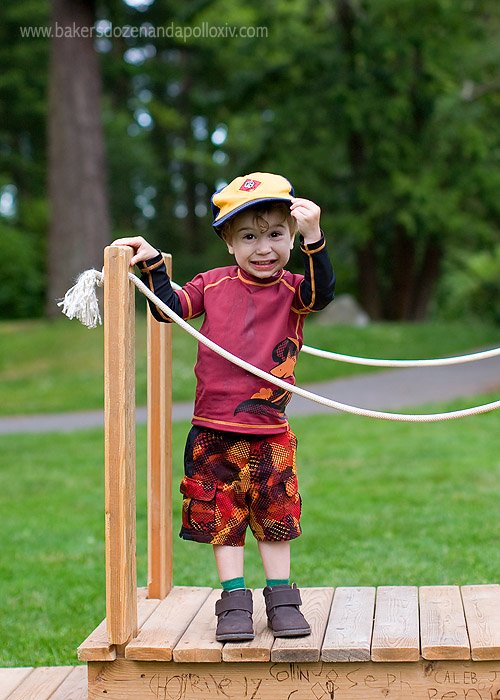 Oh my goodness. It is so rare that we see this side of Apollo’s personality. A cheeky toddler. A big, uninhibited smile, radiating joy.

He has struggled so much his whole life. And most of that was with doctors saying he was fine…trying this, try that. Wait, wait, wait. We hope that least now that we know what we’re up against, things will improve. 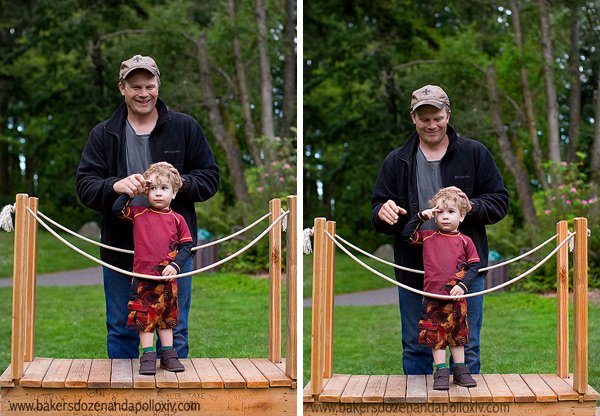 So Chuck helped Apollo salute as he stood on the bridge. It’s hard to know who was more proud…Chuck or Apollo. After saluting, Apollo bravely marched down the other side of the bridge…Only to go right back (this time by himself) and do it again. Over and over, Apollo crossed the bridge. Each time pausing to let his “audience” appreciate his achievement. 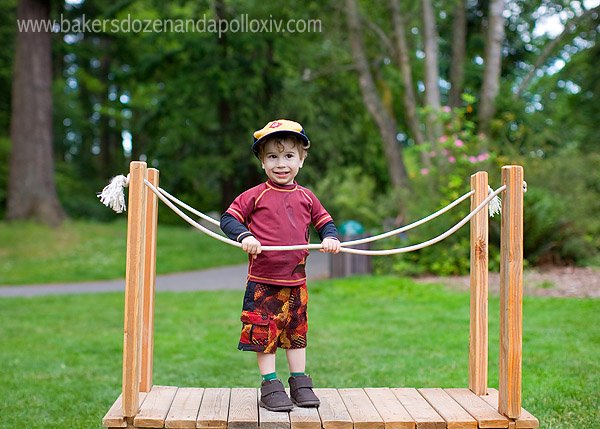 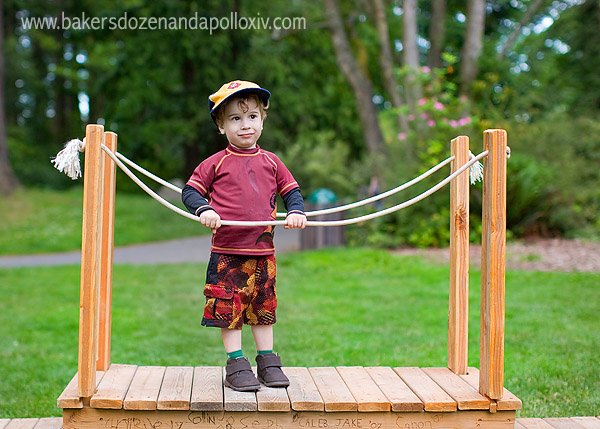 Can you believe how chunky he is getting?! 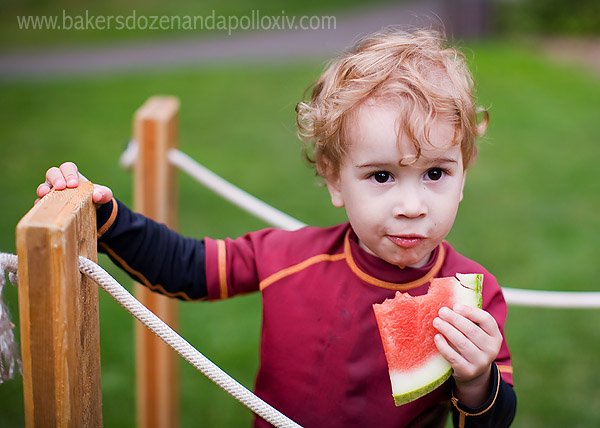 You wouldn’t know it from the photos, but Apollo had an infection brewing in his g-tube. He was fussy most of Sunday and Monday…he had a bit of respite on Tuesday at the park and then at the Crossover. By the time we headed home though he was miserable. And his site looked terrible. Red and oozy. The skin around the area was mushy. The tube was sticking out too far. We ended up in the ER for his infection…and were sent home with antibiotics again. Why the ER? There are no pediatric GI doctors in our town, so when there is something urgent, after hours, we have to head there. Not a great system.

Overall, in between crises, I’m thrilled with the g-tube. He is finally getting enough calories. He is growing. On his good days he now has energy to run and play! This fall and winter he became less and less active, until he spent most of his days sitting. Not sitting quietly and contentedly, that’s not his style, but he was too tired to run around like the toddler he is. It happened so slowly it took me a while to realize it was happening at all.

Now he is so very much more relaxed about food. He eats a little here and there all day long like he did before, but is no longer frantic and upset at mealtimes. His body knows it’s not starving anymore.

On the down side, there is always something with his g-tube at this point. Either it’s leaking, or a port pops open. Or the site is oozy or he has granulation tissue. Or it’s infected. He’s been struggling with diarrhea for weeks now. Perhaps caused by the first round of antibiotics. Or perhaps from too much formula being pumped into his system at once. Who knows?

I have successfully night-weaned Apollo. It’s been 2.5 weeks now. He calls nursing “nurse honey” (it’s a long story). He has learned he doesn’t “nurse honey at night-nights”. He’s not happy about it, but he has learned to get back to sleep without nursing. Step one in eventually sleeping through the night, I hope. Never in my wildest dreams did I ever imagine I’d have a 23  month old still nursing at night and not sleeping through. In the past we’ve managed to help even our most difficult babies sleep through the night.

Apollo is teaching us new lessons all the time.