I really, really feel that this party theme needs a bit of an explanation. A year or so ago, my mother-in-law passed on to my kids season 3 of Duck Dynasty. We had never seen the show, and knew very little about it. I watched two episodes and thought it was ridiculous and hokey. My kids? They loved it.

A few month ago they started bringing home Duck Dynasty books from the library. I picked up Happy, Happy, Happy: The Life and Legacy of the Duck Commander and read it. I was hooked. Reading about Phil Robertson’s life totally changed my view on the family, and suddenly I wanted to watch the show. I watched a few more episodes and read a few more books…and finally understood my children’s fascination with this quirky, duck hunting family.

It was no surprise then, that Tucker wanted a Duck Dynasty Party for his 10th birthday. Especially since I pointed out one day, that I could envision Tucker growing up to be just like…Uncle Si. 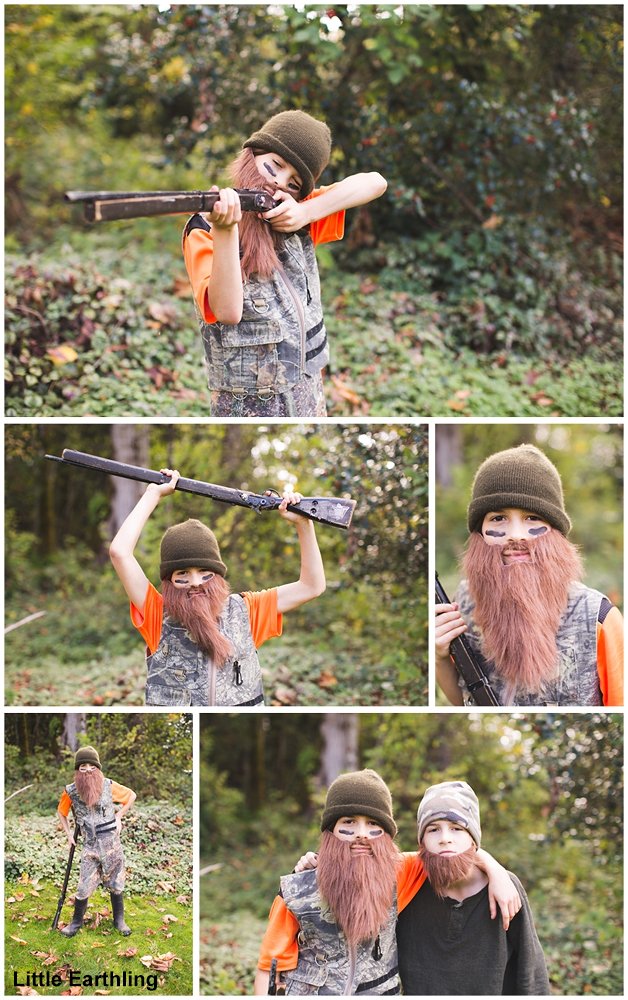 You might recognize this vest and pants and the ones Enoch sewed when he was just nine years old! He pulled them out and let Tucker wear them for the day. It was so much fun to see him in them! And Tucker was absolutely amazed to learn that Enoch made the clothes himself…when he was younger than Tucker is now! 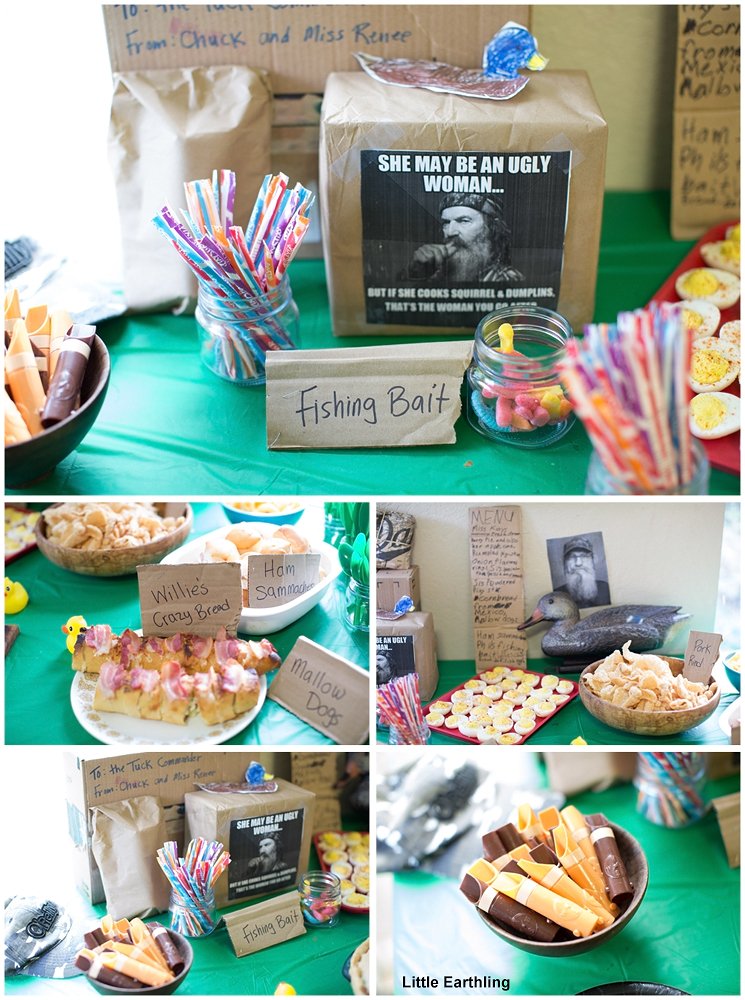 Pulling together a Duck Dynasty Party proved to be a simple endeavor. As always, my go to was Pinterest. You can see my Party Ideas Pinterest board here. It is my inspiration and collection for all of our themed parties. 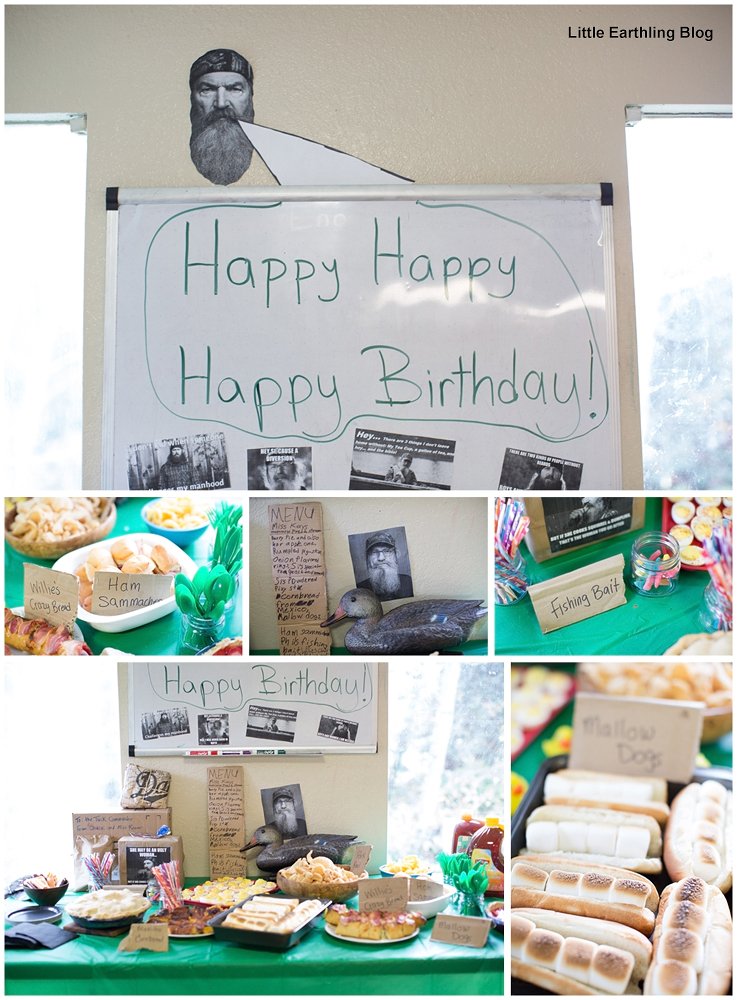 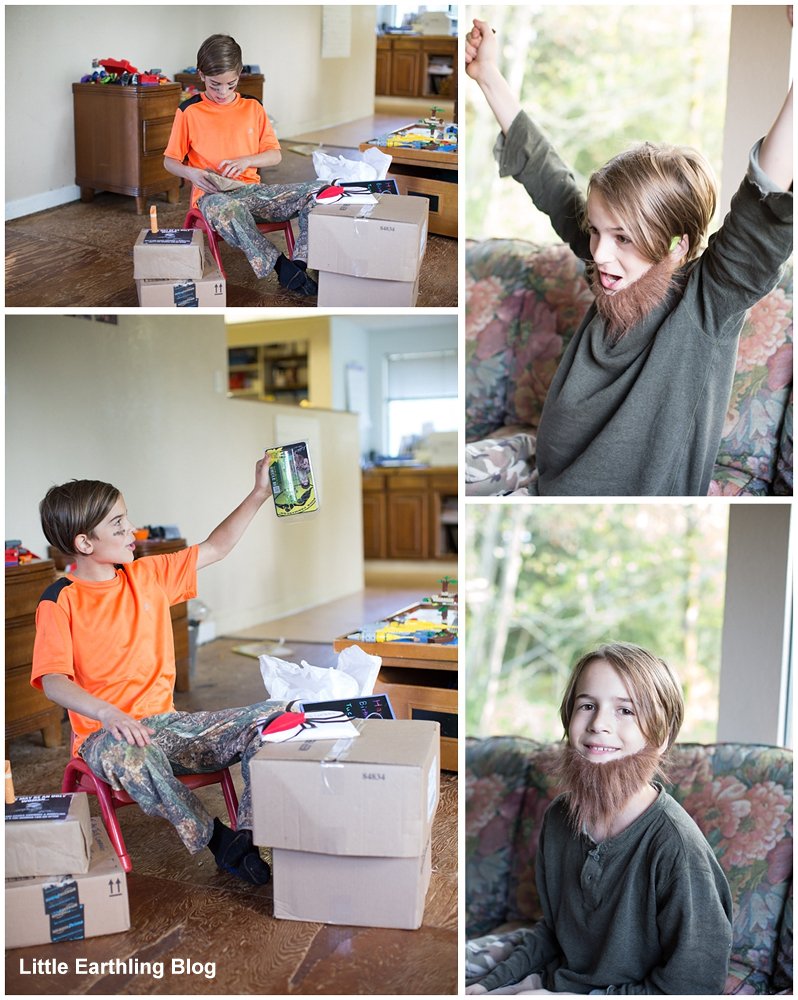 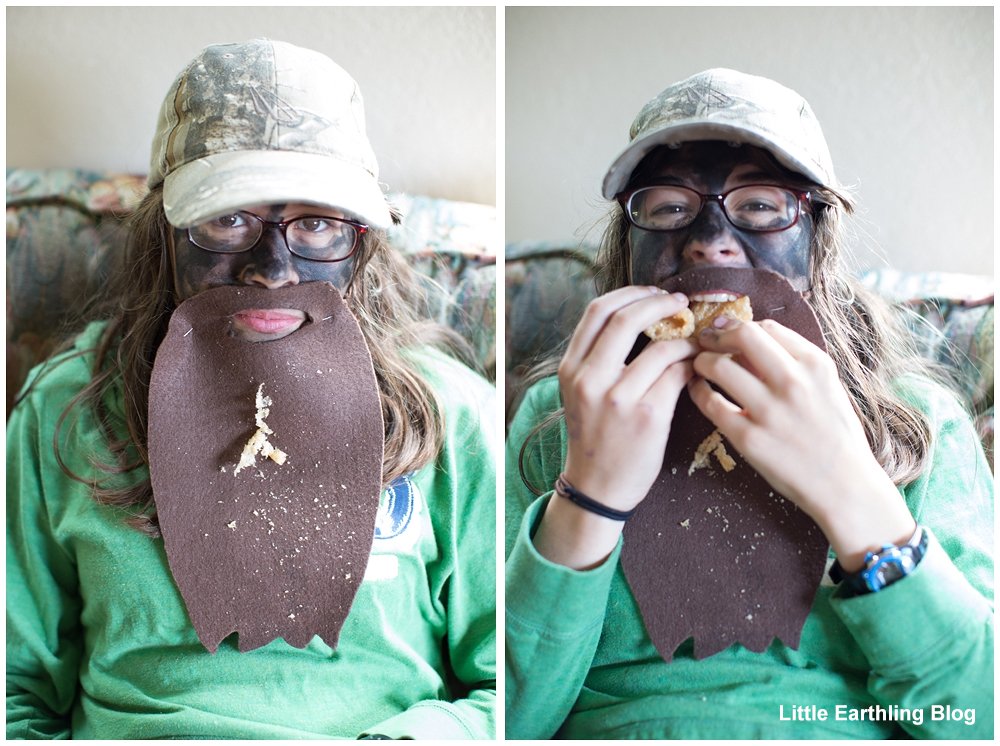 Jubilee and her felt beard. Ew. 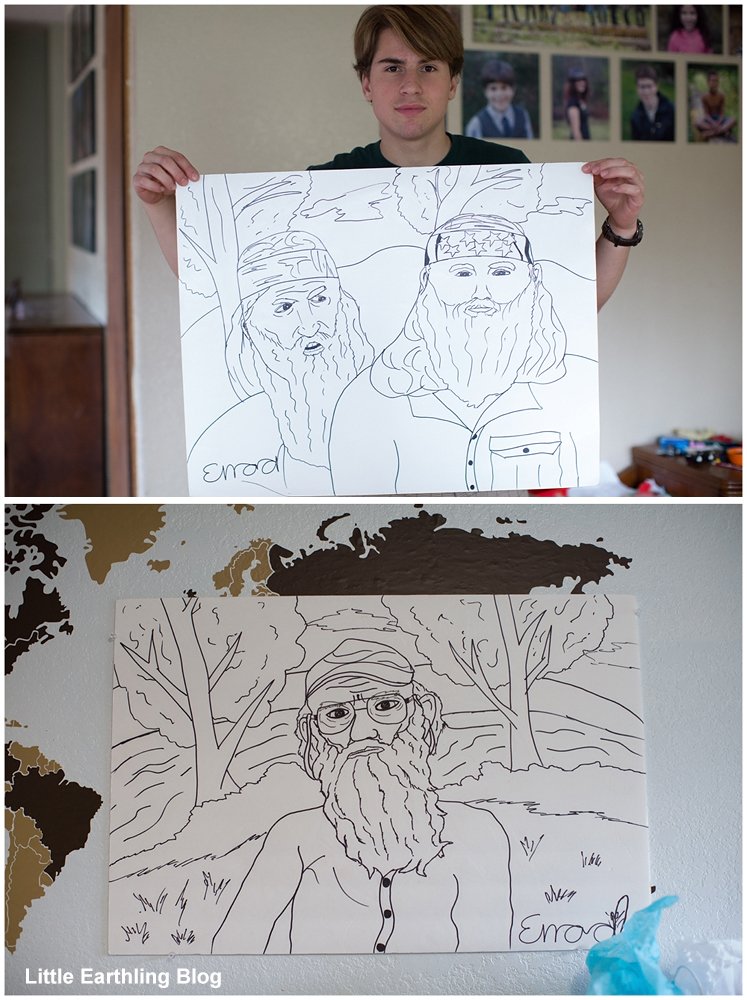 Enoch did these amazing line drawings. Aren’t they cool? 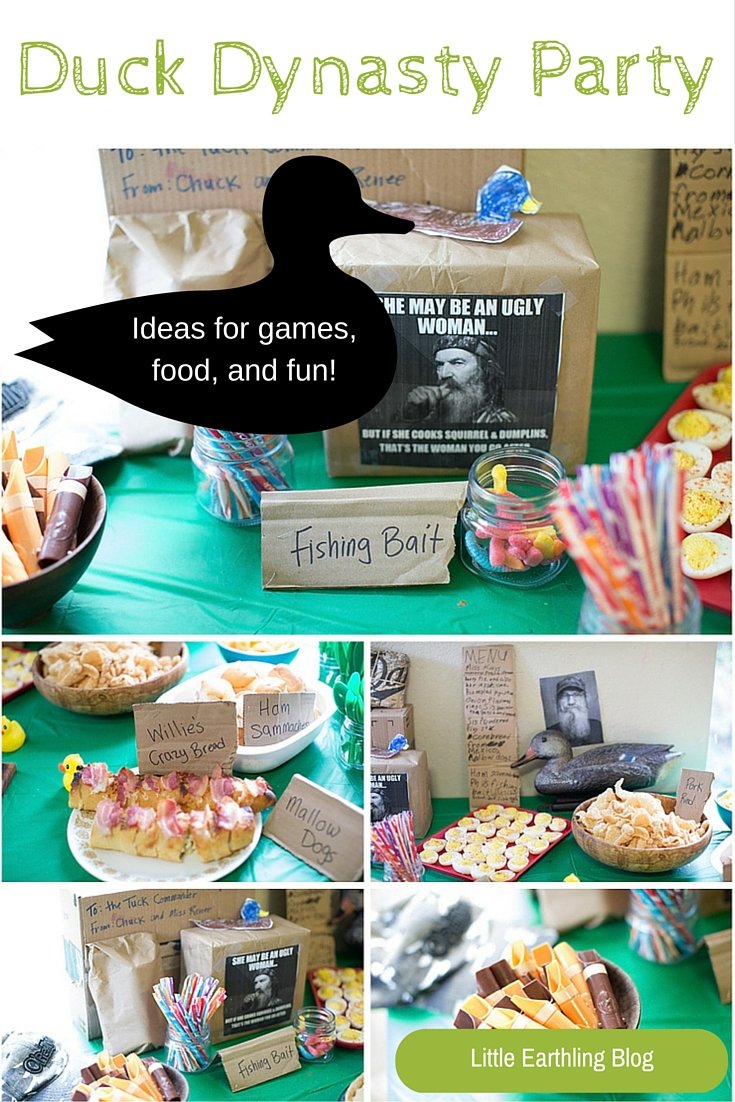 We checked out Miss Kay’s Duck Commander Kitchen: Faith, Family Food from our local library. I highly suggest getting this book! It is well-written and filled with beautiful images. We used the recipes for:

The best part about a Duck Dynasty Party? The more thrown together and cheap it looks the better. The cardboard and sharpie signs are much more fitting than fancy, printed labels.

I purchased some little rubber ducks at the dollar store.

We printed  photos and memes from the internet and hung those on the wall.

Green and black tablecloth, plates and silverware laid the backdrop for our party.

We also included a mason jar with worms as fishing bait.

Duck, Duck, Commander (a variation of duck, duck, goose), pin the beard on the redneck, shooting NERF guns at duck decoys (the kids made some out of cardboard).

This is one of the easiest parties I have thrown together and the kids had a great time! Happy birthday, Tucker!

How to Read More Books This Year