LEGO is more than a toy in our house, it’s an institution. A right of passage. I have 109 blog posts that mention LEGO. That’s a lot of LEGO-love right there. Just this morning on Facebook I posted a photo of Chuck and 13 month old Adalia playing with LEGO together. So adorable! We actually still have Chuck’s childhood LEGO. I have bought them new, used, on eBay and most recently from a friend who found a couple dozen UNOPENED boxes of LEGO in her house.

How does that even happen? 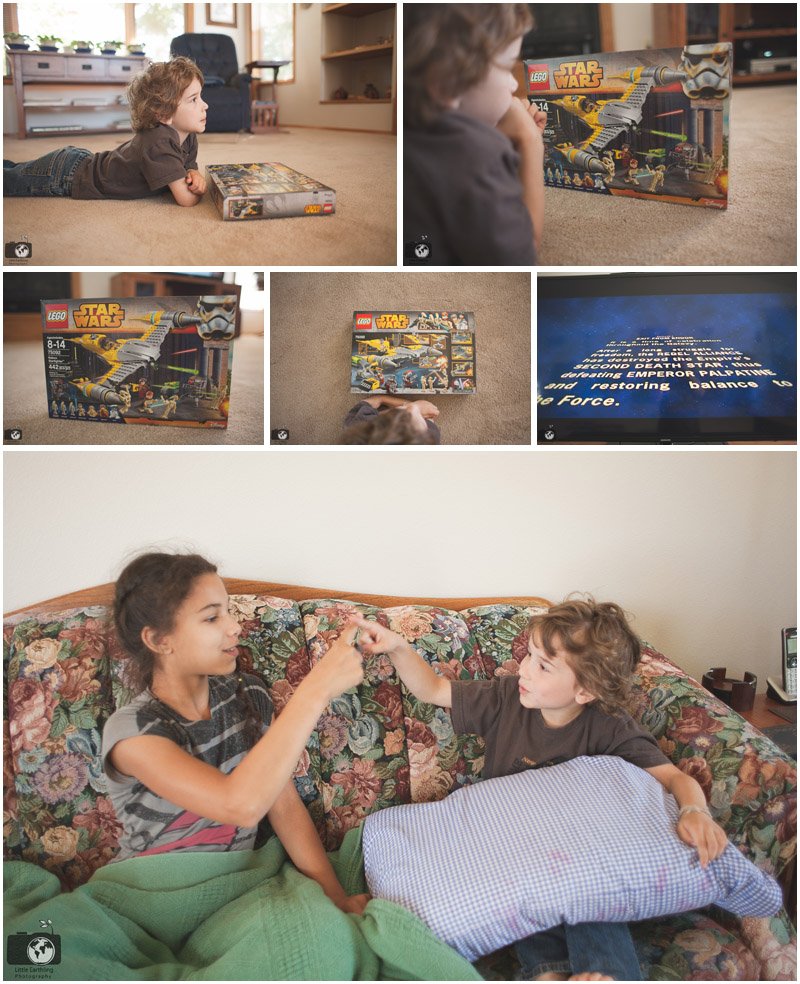 Avi and Apollo enjoying having a “mini light saber” fight.

Recently we headed over to my parents house and not only enjoyed putting together this LEGO set but also watched the new LEGO Star Wars Droid Tales.  There were some hilarious jokes in this episode, including Yoda making a reference to baking sourdough (my mom’s specialty; if you want sourdough, my mom is your woman). 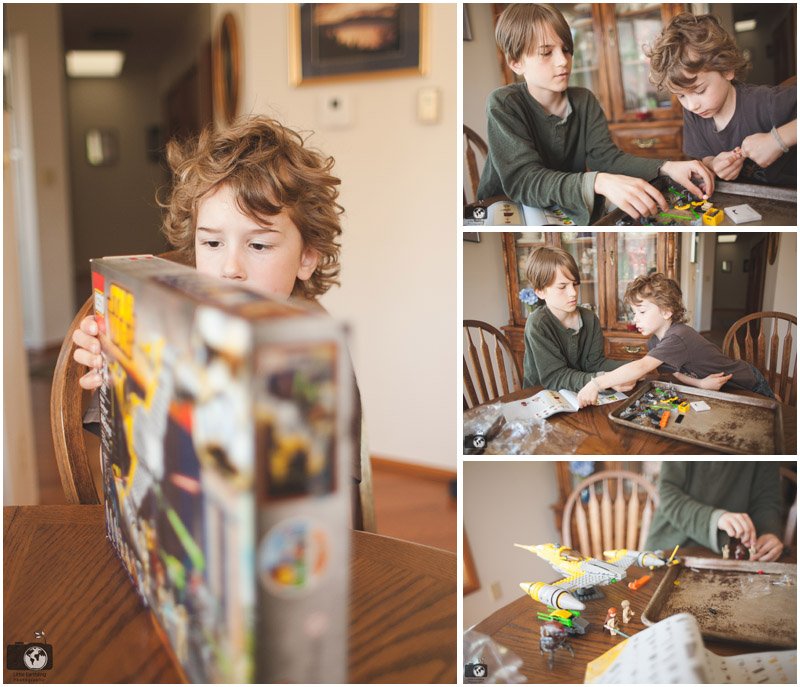 The kids enjoyed watching LEGO Star Wars Droid Tales and loved playing with this LEGO set even more. Hezekiah and Apollo spent a morning putting this together and it has since provided hours of play at our house. 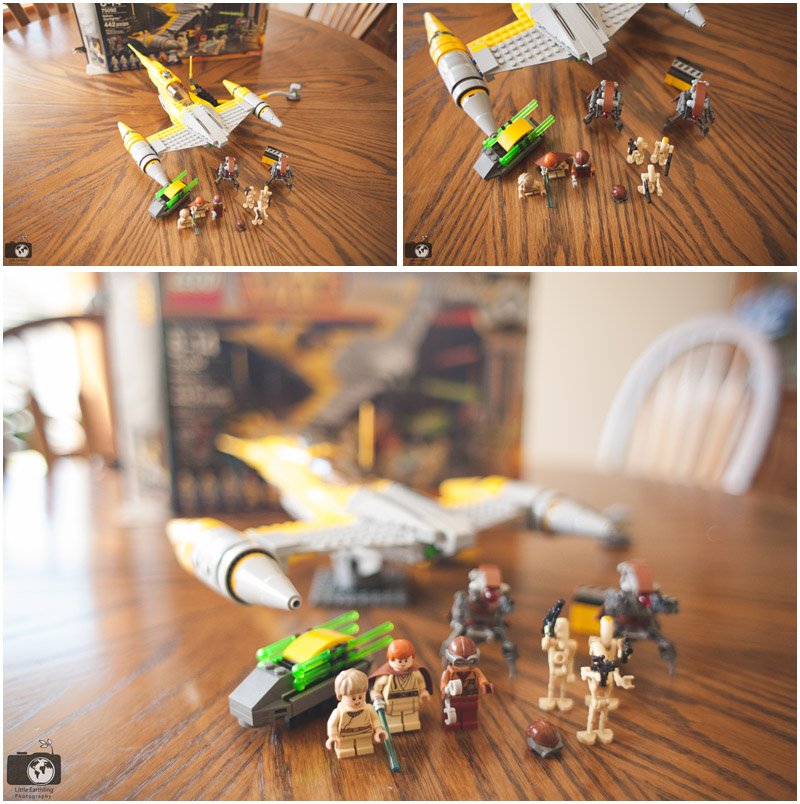 I also made an interesting observation. As you know, Mordecai is in the process of being evaluation for Autism. Unlike my other children, he absolutely cannot play with this set in any way other than to imitate the episode of Droid Tales. I was glad to be able to observe this becasue it is something they ask about specifically at the evaluation.

The other kids, of course, love adding this star fighter to our other sets and creating new and exciting worlds . 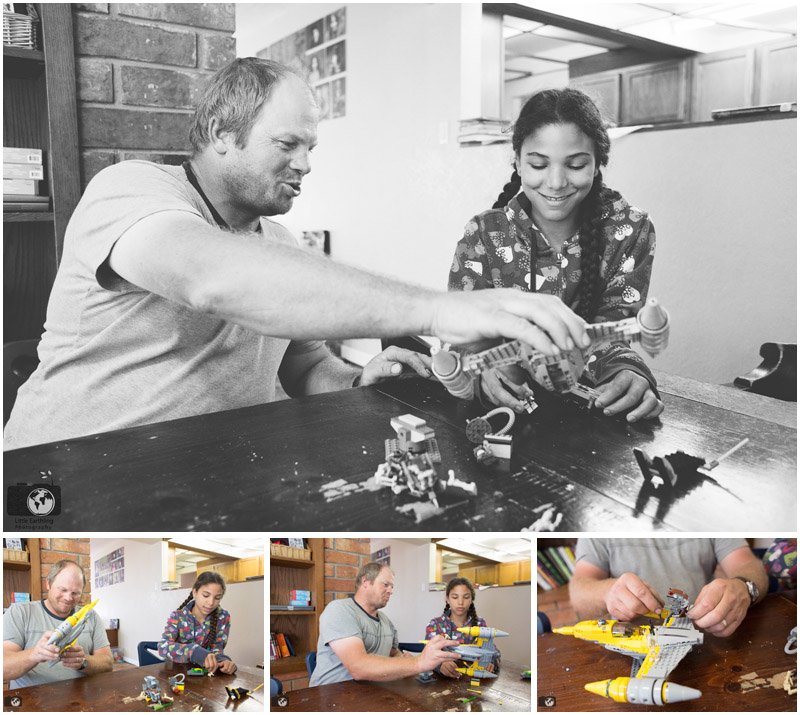 Chuck has been working about a million hours a week lately, but was happy to spend a morning playing with Avi. Avi is very attached to her dad and loves to spend time with him.

Start catching up on the entire Star Wars™ saga today with LEGO® Star Wars™ construction sets and the new Droid Tales series. Click here to start building the universe, and tune in to Disney XD for new Droid Tales episodes as the perfect way for families to learn or relive the saga before the new film comes out later this year.

Did you play with LEGO as a kid? Did you keep any of your sets?

I was selected for this opportunity as a member of Clever Girls and the content and opinions expressed here are all my own.