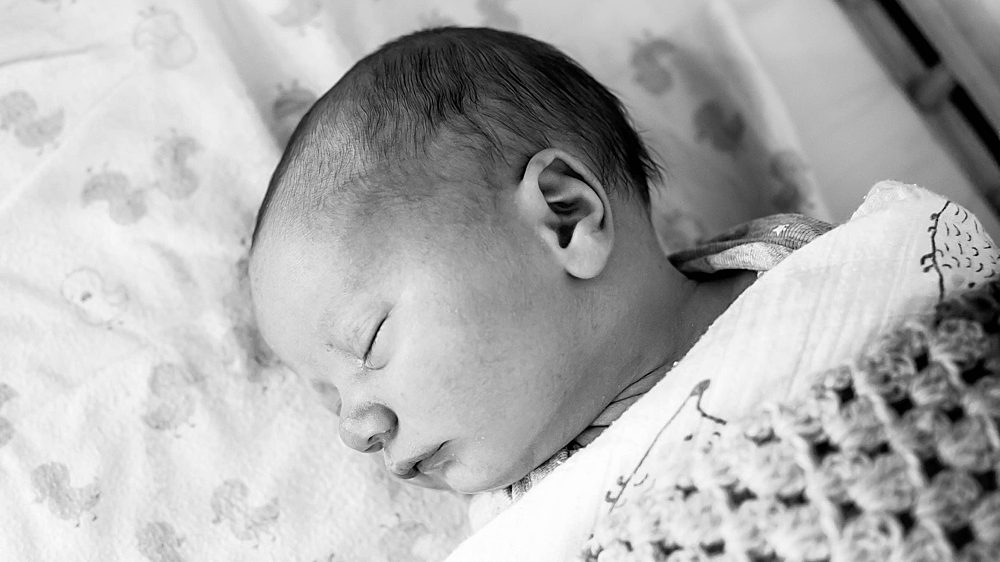 You can view photos of Adalia’s successful VBAC over at Little Earthling Photography.

Many of you have wondered what Percy thought the first time he met Monty. Well, if a picture is worth a thousand words, then I give you this.

Ben’s sister Claire brought Percy in to see Monty when he was less than two hours old. His reaction was to cry in terror and cling to Aunt Claire. I am pretty sure this was a reaction to seeing his mama in a hospital bed, not the sight of his baby brother.

I’m not sure where Ben was the moment Claire arrived with Percy, maybe in the bathroom. Claire took Percy out to wait for daddy so he could try again.

Things worked slightly better this time, but Percy still wasn’t willing to get near his mama in the hospital bed.

Ben finally brought out the big guns…Chocolate Fish. While Percy still wasn’t willing to approach Adalia, he was at least happier. And lets be honest, who isn’t happier with chocolate?

Percy was eventually willing to approach the bed, but very reluctantly.

Ben’s twin brother, David, happened to be visiting the day Monty was born, so he was able to pop in and see his nephew who he now shares a birthday with.

We finally decided that Percy would be more comfortable if he could see mama alone. Adalia took a shower, Ben took the baby, and Percy was brought in to the postpartum room where he could visit with just mama.

Sure enough Percy was comfortable when it was just mama.

And let’s be honest. The chocolate helped.

Monty sleeps well, but when he is awake he is very alert. He was so adorable nursing with his eyes wide open.

Percy was so happy to have his mama back home, safe and sound! The first day Monty’s crying scared him and I got some of the best hugs of my life when he would run and cling to me, his chubby arms clasped tightly around my neck. As much as I loved the hugs, I didn’t love the fear.

By day two, Percy realized that there was nothing scary about Monty’s crying and he settled right in.

Ben built Monty a beautiful homemade bedside sleeper. It has three regular sized sides, with the fouth edge having a lower side so it can be pushed up right beside the bed for safe sleeping.

My mom, Monty’s great grandma, crocheted him this beautiful blanket.

And for those of you who enjoy this type of comparison, this is Percy on the top and Monty on the bottom.

You can see more newborn photos of Percy here and here.

I hope you’ve enoyed these photos. I head home tommorrow. I miss my American family, but will also miss my Kiwi family once I leave.

Living a world away is not easy.