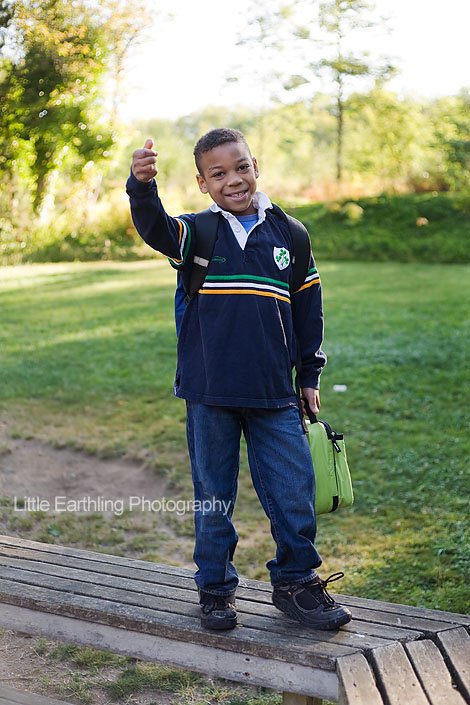 For the reader who asked, yesterday was Mordecai's first day of school ever. The decision to put him in school came after much prayer, thought and discussion with his doctor. Mordecai was diagnosed with Static Encephelopathy Alcohol Exposed at age 2 1/2. In plain, brutal English, that means brain damage from prenatal alcohol exposure. Along with learning difficulties he deals with behavioral issues and rage. It was the behavior issues that sealed my decision to send him to school, not his academic skills. I won't go into all the drama here and now, but that's why he is in school. I don't think he will act out in school to the extent he does at home. He doesn't like to "grump" in front of his friends or when we are out in public so I am hoping that carries over into school. 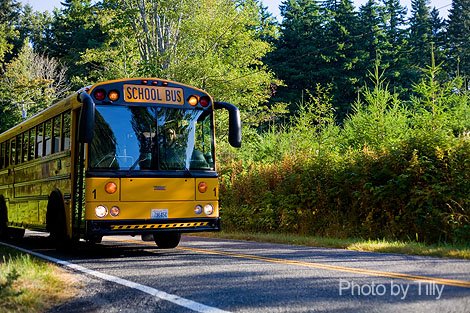 Mordecai boarded the school bus without a backward glance. He is in the Intensive Learning class. Apparently we can't use the term "special ed" because that might hurt the kids self-esteem or something? I don't know. There are seven students, one teacher and two aids in his class.

His school is small and only a five minute's drive from our house, despite our rural location. And since we live in a rural location, the school bus picks him up right at the top of our driveway. My little guy was gone from 9:55 to 4:10 yesterday. What a long day for a kid who gets exhausted from two hours of Cub Scouts! 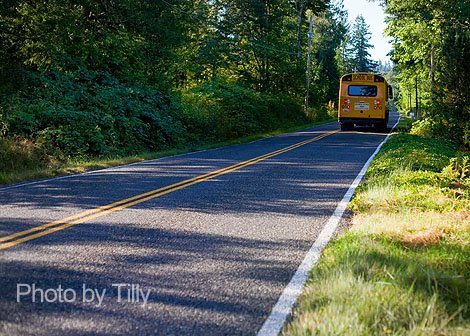 When he came home he headed straight for the couch and opened his lunch box. All he had eaten was his sandwich. He proceeded to eat the rest of his lunch and listen to books  read by his siblings. I asked Mordecai to tell me two things that he did in school and he said he couldn't remember…I asked him to tell me one thing he did and after much thought he said, "played at recess".

So that's about all I know about his day. I let him play the Gameboy (a rare treat in our house) becasue I could see how very tired he was and how much he just needed some down time. I had to meet a client at 6:00, then Hilary for Grump Therapy, so I wasn't here to see him the rest of the evening. I do wonder how enthusiastic he'll be to head off today….