Preparing for PEG to Mic-Key Surgery

Well, I must say, this procedure was a  breeze compared to what I was expecting. Apollo is always full of surprises when it comes to anything medical. His birth, his heart defect that went undiagnosed for 18 months, his bronchoscopies that led to fever and vomiting, his three weeks of pain after his initial PEG placement.

Chuck and I debated about whether to leave the night before, or to leave our house at 4:30 am…in the end we decided that all three of us would sleep better here at home. The best part is, I was able to give Apollo a full feeding the night before and pump his tummy full of apple juice at 4 am. So different from back in May, when he only ate about 4 animal crackers before having to fast all night long. 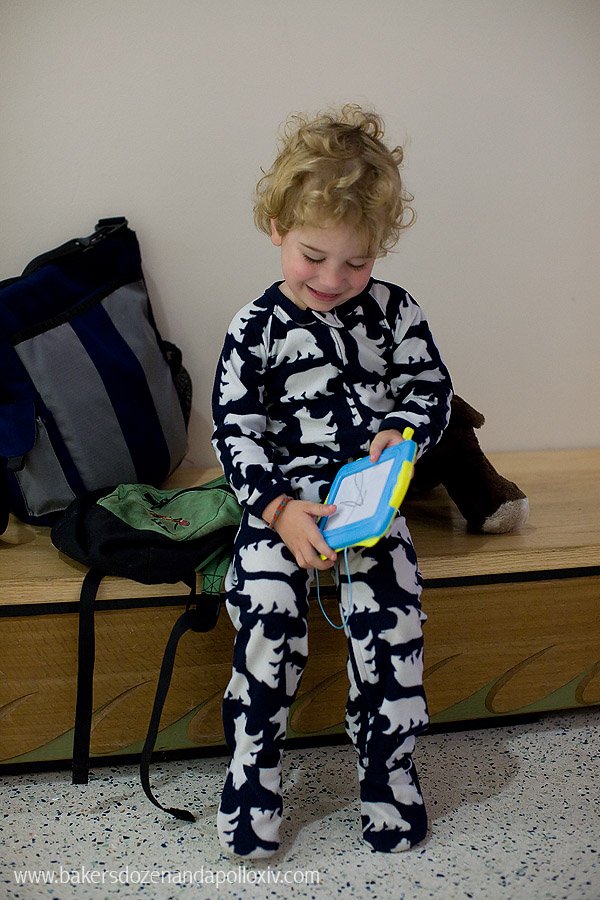 Traveling to Seattle for Surgery

Apollo was a great traveler. He was a bit disoriented when we loaded him into the Jeep. He kept asking where we were going. He fell back a sleep for a bit, then woke up just as we entered Seattle. He’s so familiar with the hospital, and he wasn’t starving since it was so early in the morning, that he was fine up until we got him into the pre-op room. 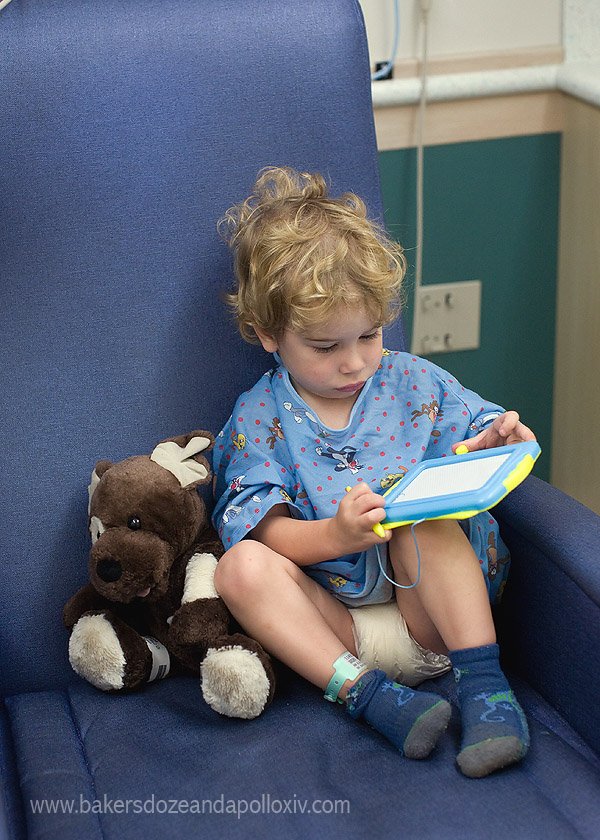 {When we put the gown on him, he started crying and said, “Mama, I not want to  wear this dress.” Poor kid.}

By then he knew he was in for more that just a doctor’s visit. The anesthesiologist we had was awesome. He was completely up to date on all of Apollo’s issues. The first thing he said was, “I was reading about the narrowing in Apollo’s trachea. I do have to put in a breathing tube up above the level of narrowing,  but I’ll use a tube that’s no bigger that the narrowing of his trachea.” Makes perfect sense, right? If he is (unfortunately) used to breathing through that narrow of an airway, there’s no reason to force a bigger tube in the upper part.

He also said that there was a not in Apollo’s chart that says he is “an unhappy child”. “I know exactly what it means when a chart says ‘unhappy child’ it means I need to offer them some Versed before the procedure. When a kid’s had numerous procedures it often gets harder to put them out. Are you okay with him having some?”

Apollo was hilarious on the Versed…he kept tilting his head to the side and watching who knows what float by. Apollo, who is very leery of any medical personnel, tried snuggle with his GI doctor when he came in. His GI doc said, “At least he’s a happy drunk!” 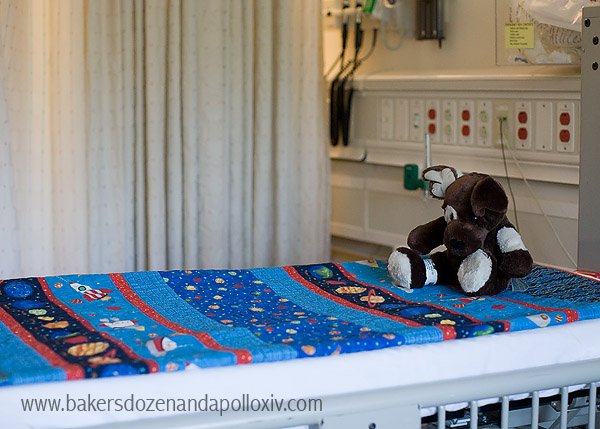 The procedure went smoothly and we now have new photos of Apollo’s stomach and esophagus. Interestingly, these photos not only showed the narrowing, but also showed that his esophagus is almost spiraled in the the compressed area. It twists a bit. No wonder he can’t force much food past it! The GI doctor also said he could see his esophagus pulsate from the artery compressing it. That must feel horrible when he’s trying to eat.

While the procedure went smoothly, waking up didn’t. Chuck and I were two floors down in another wing of hospital waiting for Apollo to be brought to his room. I laid out his rocket quilt and his Tubie Friend and we waited. Until a nurse came rushing in saying, “We need mom down in recovery now”.

Up I went, only to find Apollo being held in his crib by three people…that’s how many it was  taking to get him not to dive out. Poor baby. I then held him while he screamed and cried until someone was available to escort us to his room. He’s earning quit a reputation over there… 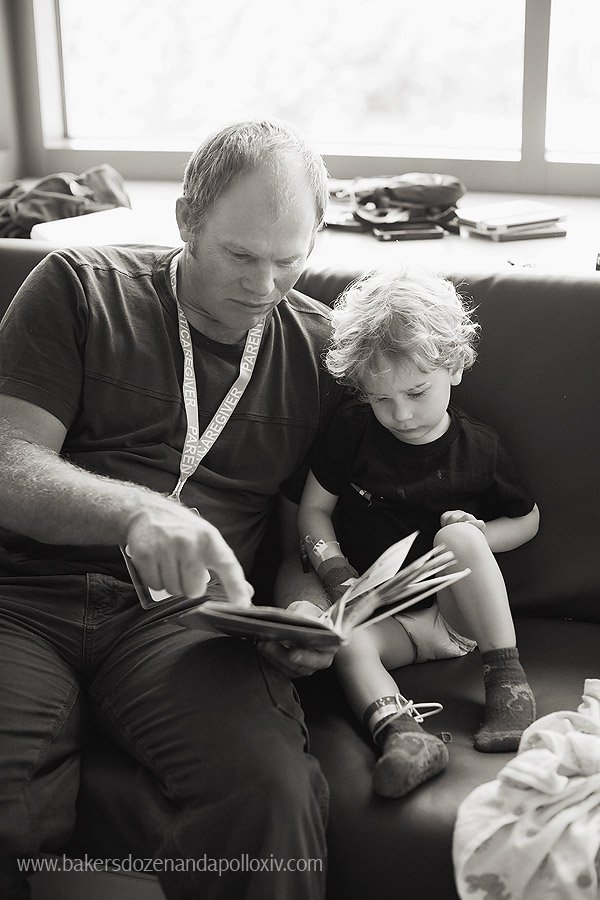 Once he was wide awake and had a  tube feeding, he was  tearing the place apart. He had no fever and was having zero breathing issues, so the decision was made to send us home!

He has a bit of a sore throat and some stridor today, but that’s it. No pain at the site! All in all, the easiest procedure he’s had done.