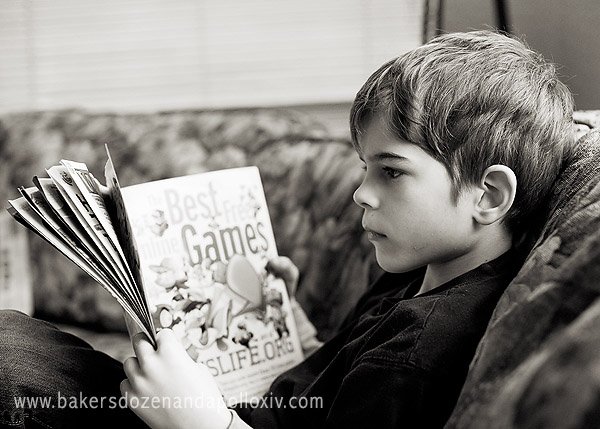 I’m always on the lookout for good books to read. I read a lot of biographies and memoirs, a fair amount of non-fiction (mostly medical), and a small sprinkling of fiction.

Hezekiah is on page 245 of Jurassic Park and enjoying every page of it. Then in a funny twist of irony, goes to school to read AR books and take AR tests to make sure he understands what he reads. In my opinion, an eight-year-old doesn’t read a 400-page book for fun if he doesn’t understand what he’s reading. On the bright side, the AR tests are great test-taking practice.

So what have I been reading? I’ll tell you.

Critical Decisions: How You and Your Doctor Can Make the Right Medical Choices Together. I would recommend this book to anyone. It is vital that we know how and why medical decisions are made before we have to make them for ourselves. If you have a medically complex family member, it is even more important that you educate yourself.

Did you know that Apollo is his cardiologist’s only patient with a double aortic arch? Not because his cardiologist is inexperienced (he’s not) but because his heart defect is so rare. That means that his information is coming from his medical training, colleagues, and medical research he has access to (which is much more information than I have, obviously). But it also means is not the best person to give us an idea of what life will be like for Apollo as he grows- he has no experience in that particular area. For that information, I have sought out (through the internet) parents of kids with the same defect. I love Apollo’s team of doctors down at Seattle Children’s Hospital and I’ve worked hard to educate myself on every aspect of his health. I’m not afraid to ask his doctors  tough questions, such as “how many patients with this have you treated?”

Through the Glass by Shannon Moroney. How do I even describe this one? Well, I’ll quote the inside of the front cover here:

“When Shannon Moroney married in October of 2005, she had no idea that her happy life as a newlywed was about to come crashing down around her. One month after her wedding, a police officer arrived at her door to tell her that her husband, Jason, had been arrested and charged in [sic] the brutal assault and kidnapping of two women. In the aftermath of these crimes, Shannon dealt with a heavy burden of grief, the stress and publicity of a major criminal investigation, and the painful stigma of guilt-by-association, all while attempting to understand what had made Jason turn to such violence.”

It makes it sound so shocking…what married woman doesn’t read that excerpt and imagine herself in Shannon’s shoes, newly married,  finding out her husband committed such a shocking crime? The book doesn’t quite go that way though…in the very beginning of the book you find out Shannon’s husband was a convicted murderer- and she knew that when he began dating him. And the victim of his first crime was a woman he had a romantic relationship with. He has a clear history of assaulting women. That makes it a little less “shocking” doesn’t it? While Moroney writes this book in a tone that seeks to gain sympathy and show you that anyone could fall victim to this (and something awful must have happened to her husband to make him do this) it struck me as a lesson not to marry someone with a violent, murderous past. Don’t get me wrong, Moroney has my full sympathy for what she suffered, she was just a little too understanding of her husband for my taste.

I may have talked about these next few before, but I’ve just recently reread them and enjoyed them again:

Raising good eaters is something Chuck and I have managed to accomplish; not by accident but because it was very important to our foundation to our child-rearing.

{Apollo aside in this discussion. Due to his health issues, I now have a “picky” eater on my hands and get to learn from all the advice I’ve administered in the past. Oh, the irony}

If your kids are picky eaters (or you want to avoid them) follow-up that book with:

Bringing Up Bebe: One American Mother Discovers the Wisdom of French Parenting. I was amazing at how similarly these two moms (one Canadian and one American) draw the same conclusions about French parenting.

And finally, Battle Hymn of the Tiger Mother. This is another book that I recently re-read. Amy Chu is so very open and honest in her writing despite the uproar she must have known it would cause. I am not worried in the least that any parent is going to read this book and decided to become a Tiger Mother. I believe the value is in taking a good look at how our encourages us to praise our children for mediocre effort and poor work.

Blue Collar Blue Scrubs– This is the second book written by the doctor and author Michael J. Collins. I read his first book Hot Lights Cold Steel: Life, Death and Sleepless Nights in a Surgeon’s First Years a few months ago. Blue Collar Blue Scrubs describes how he went from being a ditch digger to surgeon. The first few chapters are a bit off-color and crude at times, but it was worth slogging through that to get to the good stuff. I enjoyed these two books for Collins’ excellent writing and humor. He does a great job of describing the craziness of life as a doctor. Chuck and my older children enjoyed these books as well.

Walk on Water: The Miracle of Saving Children’s Lives– by Michael Ruhlman. This is a book about some of the top pediatric heart surgeons in the world. It follows the stories of a handful of children living with congenital heart defects. I enjoyed the topic of the book and at times the writing was engaging, but at others, the author seemed too wordy and seemed to forget he was writing a book not an essay. I would still recommend this book, it just wasn’t necessarily a real page-turner.

A different Journey: Raising a Child with Down Syndrome by Beatrice Brusic. This book was a memoir of the author raising her Down Syndrome daughter to adulthood. While there are plenty of books on this topic out there, Brusic’s daughter was born in 1980, and let me tell you, the world had an entirely different view of Down Syndrome back then. I really, really enjoyed the first half of this book. After that, Brusic talked more about her dating life than her daughter and she began to lose me a bit. Still, a good read.

Up: A Mother and Daughter’s Peakbagging Adventure by Patricia Ellis Herr. This was a great read. It’s all about Herr and her five-year-old daughter who make it their goal to climb all 48 of New Hampshire’s highest mountains. That description there ought to be enough to make you want to buy the book. And you should. It’s a fun, easy, and most definitely inspiring read.

Hope, Faith, and Charlie: An inspirational journey of a child’s courageous battle with cancer, his family’s fight to save his life, and the blessings that happened along the way by Deirdre Carey. What can I say? A great story of a child and his family as they struggle with cancer.

Heart Warriors: A Family Faces Congenital Heart Disease by Amanda Rose Adams. This was a great read and probably the most in-the-trenches description of life with a child with heart defects. She is a great author and does a great job of describing what life with a sick child is like.