If you read yesterday’s post, then you know all about how we make the worst house guests ever and Apollo’s ambitions to be a panhandler. Lying in bed that night, in fresh, crisp (puke-free) sheets I was scared of two things:

a) We were about to begin a Puke Fest (how many spare sheets did Molly have???)

b) Would the doctors cancel Apollo’s procedure and we would have to reschedule the whole thing (minus vomiting, we hoped)?

I was up, bright and early at 5:40, packing up and waking Apollo for our 6:15 check-in. I was thrilled that there had been no encore to the vomiting. I’m pretty sure Molly and her husband were praying for us. And themselves.

Out the door we slipped.

Apollo was quite nervous. The previous day at the pre-op visit he was clinging to me so tightly I nearly tripped over him several times. This dental procedure marked Apollo’s ninth time under a general anesthesia (five of which were surgeries). We’ve walked this road a few times and I was sure to point out to the pre-op nurse, the dentist and the anesthesiologist that he wakes up rough from anesthesia and I need to be in the recovery room. I know it is noted in his charts (they have told me this) so it should not be a surprise to anyone.

I told the anesthesiologist about his vomiting. After looking him over and questioning me, they decided to proceed. He looked fine, was acting fine, and he just pukes a lot. 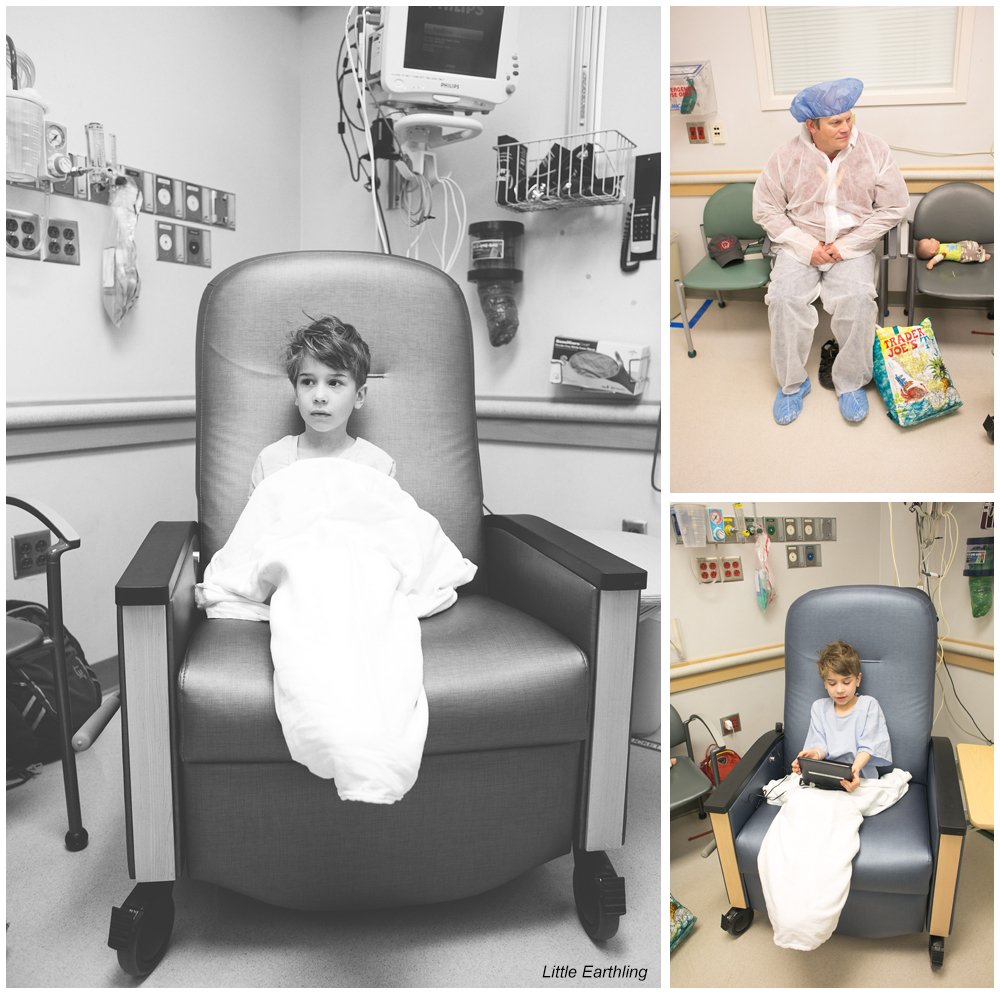 We requested Versed for Apollo, to relax him. I made a point to the day before to ask that they have a 10 ml slip tip syringe ready, so the medicine could go directly in his g-tube. Why, did I request this specific syringe? Because, despite the fact that is is a standard piece of equipment, and despite that fact that this is the hospital that put the g-tube in, for some reason, they never have one on-hand at it takes 15 minutes for them to track one down once we request it.

In came the resident anesthesiologist, Versed in hand, with a 10 ml syringe that would not fit in his tube. After struggling to get it in and realizing it was slightly too big, he attempted to put it in the side, in the balloon that we fill with sterile water, to hold the tube in place. Chuck had to jump in and say, “No! Not in there. That is to fill the balloon“. The anesthesiologist was startled.

Because Apollo is noted to be a difficult patient, they let one of us go back into the ER with him, and stay until he is asleep. This time was Chuck’s turn. 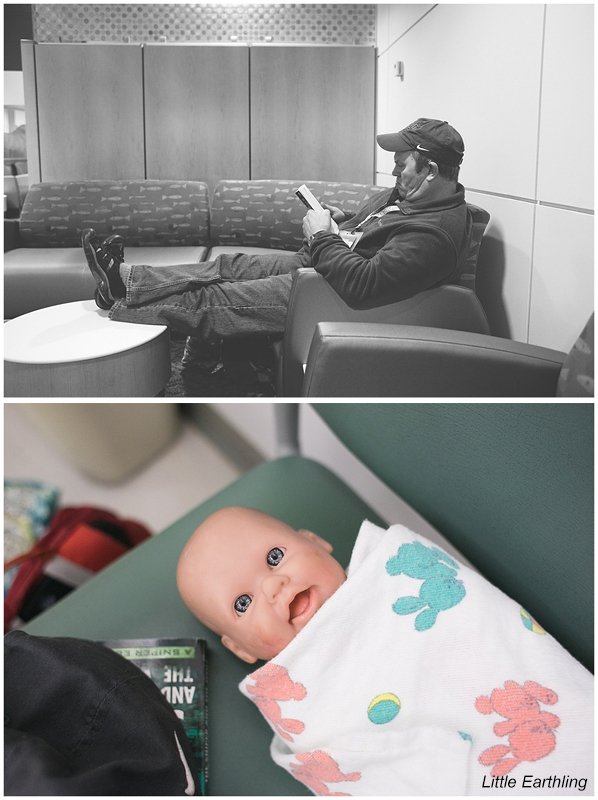 Out of all of his stuffed animals and dolls, Apollo chose Zane to go to the hospital with him.

We had breakfast while Apollo had his work done. We were sure to head back to the waiting room as soon as we were finished. Apollo has a history of going completely CRAZY when he wakes from anesthesia. Once the procedure was done, the dentist came out to talk to us. She said everything went perfectly and he had no issues with anesthesia. This was great news! Before she was even done talking, a nurse poked her head in and said, “We need mom back in the recovery room. Right now“.

“That was fast!” said the dentist. “I never imagined he would be awake before I was done talking“.

Once again, I was escorted into the recovery room, the only parent present. I didn’t need to be led back because I could hear Apollo yelling and crying before we entered the room. Two nurses were struggling to hold him in the bed, so he didn’t throw himself over the edge. Yep, standard procedure for Apollo.

“Let me out of here! I want to go home! Let me go!“ he yelled in between bouts of crying and the occasional silence when he would drift to sleep. More meds were brought out (this always happens) and they finally decided to move him out since his yelling was slightly disturbing to the other patients.

Back in a room with Chuck, Apollo finally settled down. And developed a fever and croupy cough. Not what a doctor ever wants to see after a procedure involving anesthetic. Chuck and I were only mildly concerned because he has a history of that as well. His airway does not like to be messed with, and he frequently sounds croupy due to his malformed airway.

Once he was quiet, the nurse brought in a cup of water with a straw. The dentist has just warned us not to let him drink out of straw, lest he loses the blood clot (he had one tooth pulled). I had to jump up and grab the straw out of the cup. “Oh, good call,” said the nurse.

I mention these things not to complain as much as to warn. Experience has taught us to stay vigilant with Apollo’s (or anyone’s) care while in the hospital. Doctors and nurses are human and make mistakes. Being aware of what is going on, what medications are given, etc, is the best way to keep the patient safe. 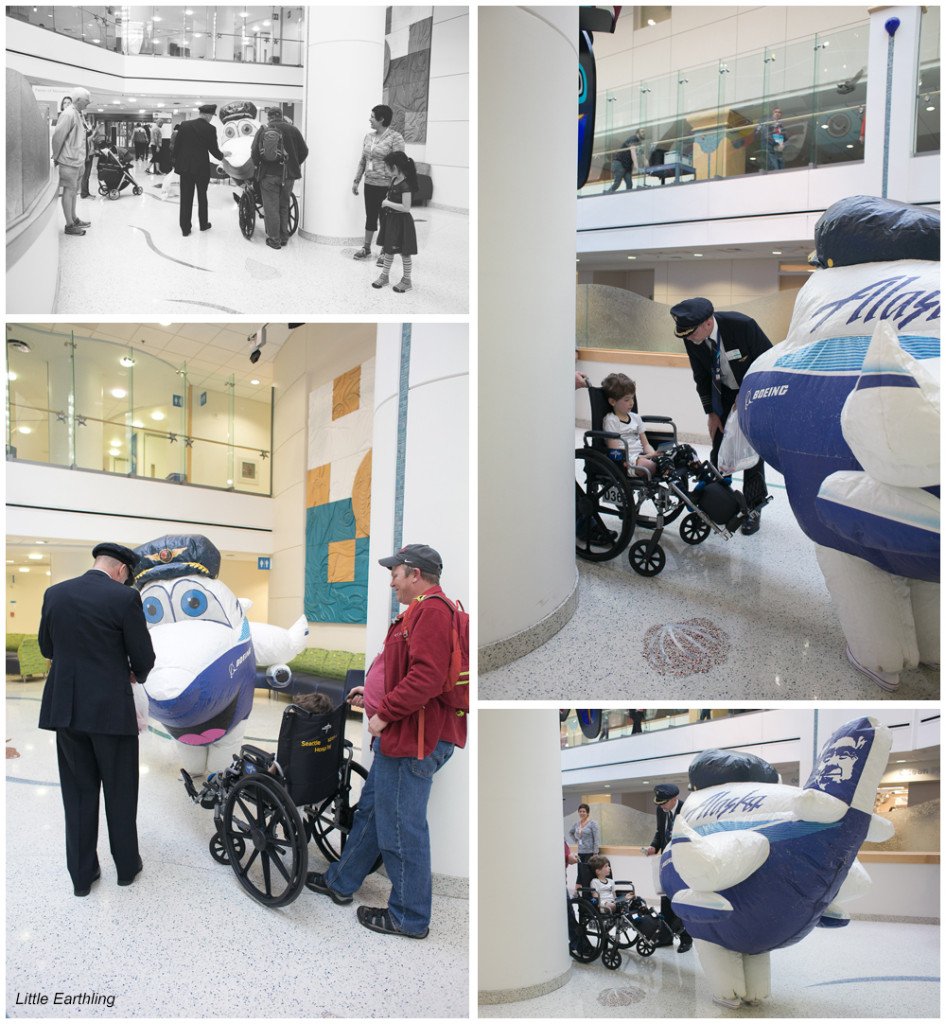 The dentist was a bit freaked out when she read Apollo’s medical history and booked a room for him to spend the night, just in case. Despite his cough and fever, the anesthesiologist (who was in charge of making the final call) decided to send us home. His lungs were clear and she saw no reason to keep him. We were happily relieved to be able to take him home that day.

Today, Saturday morning, he is good as new. The fever only lasted a few hours and the croup has been replaced with a wet cough that I am hoping is nothing other than seasonal allergies…