Apollo had a rough night the day before his pre-op appointment. He was up repeatedly and ready to talk. At one point, settled in the bed between Chuck and me, I felt a tap-tap-tap on the top of my head.

“I just wanted to remind you we have an appointment today. In case you forgot.”

Forget, I did not.

I took Apollo to the dentist for the first time last May and the dentist found a couple of cavities. I was disappointed, but not terribly shocked. Toothbrushing and flossing have been a major struggle. When you have the complex feeding issues Apollo has had, someone coming after you with a toothbrush and floss doesn’t go over very well. To say it has been a struggle is putting it mildly.

Apollo weathered getting a small cavity filled with no issues at all. The dentist and I were happily surprised. We went in to get a second one filled and the dentist never even got to start. Apollo was having nothing to do with it the second time around. The dentist recommended sedation to fix the teeth…but Apollo has to be sedated at a hospital with a pediatric anesthesiologist, so down to Seattle Children’s for dental work it was.

After waiting ten months for the appointment, the day finally arrived, yesterday. Apollo had pre-op the day before and we decided to make it a fun trip by spending the night at our friends’ house. This not only allowed us to have some fun between appointments, but also meant no early morning drive for us. 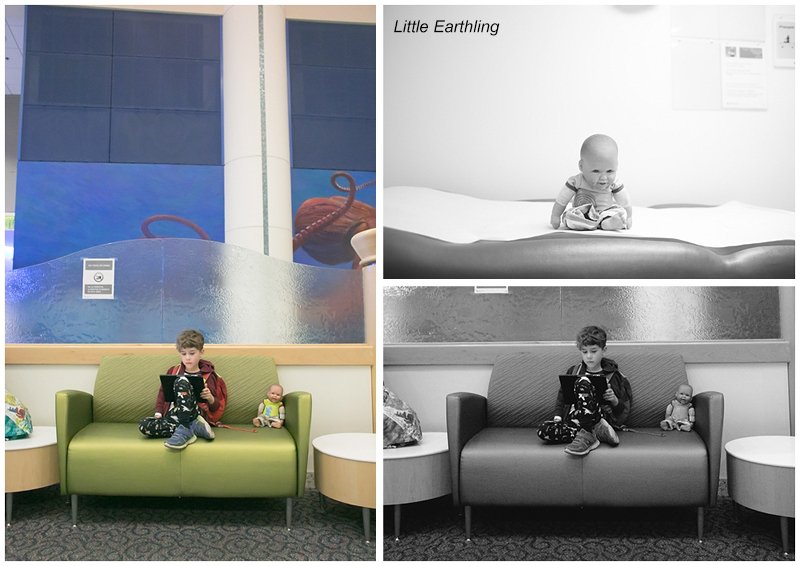 On the way to the appointment, we passed a panhandler with a cardboard sign. Apollo asked what the sign said.

“Anything helps” I replied.

The light changed and we drove on.

“When I leave home and get married, I am going to get a piece of cardboard, some tape, and a stick. I am going to write on the cardboard, ‘anything helps.’ Then I will tape the sign to the stick”

“Because I will be poor when I first get married!” he said. As if it were the most obvious thing in the world.

Pre-op went smoothly and on to our friends we traveled. It was fun to catch up with Molly and her kids.  You might remember Molly. I photographed her newborn baby and gorgeous children last year. You might also remember the first time we ever went to her house, we had a medical emergency and she ended up watching our kids for eight hours, making everyone dinner and then her husband did minor surgery on Avi’s foot.

Since Molly still speaks to me after all that, she clearly considers me a good friend so I didn’t hesitate to ask if Apollo and I could spend the night at her house the night before his dental work. We had a lovely afternoon and delicious dinner. Apollo was tired so we headed to bed about 8:30. I read for a bit then turned out the light. I awoke to Apollo sitting up in bed. My brain rejected outright the sounds I was hearing. No…It couldn’t be.

I refused to believe it.

Apollo was not vomiting all over Molly’s beautiful guest bedroom. The night before a scheduled procedure that involves anesthesia.

Except he was. Her lovely bed and bedding were now covered in partially digested tomatoes and fish. I had to leave a scared, sick Apollo downstairs alone while I headed upstairs to ask if I could have, you know, some towels, a puke bowl, fresh sheets, and bedding.

Molly got out of bed to start a load of laundry as I washed Apollo, scrubbed what I could and remade the bed.