This photo was taken after I finished up a shoot for a friend. We were sitting on my deck and Apollo kept running up to hug me, then running off again. The light was so perfect, so I adjusted my settings and the next time he ran up, snapped the shutter once and got this image! I am so happy with it. 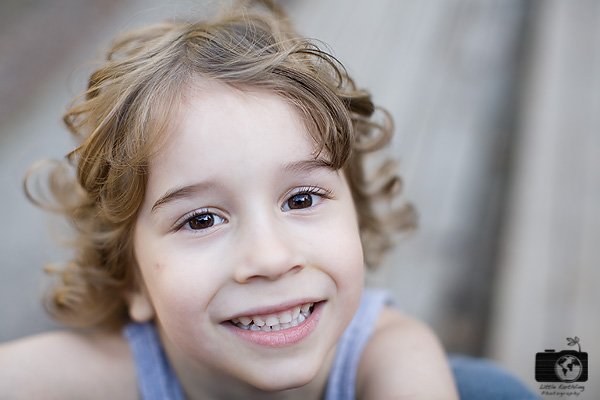 The other day Apollo was eating some sausage and when he started to get full he said, “I need an emergency break“.

Can you tell he has an older sibling in Driver’s Ed?

He has begun calling almonds “alm-nuts” which seems like a perfectly acceptable, descriptive word to me.

The other day in the living room Apollo said to Jubilee: “Lets play hell! I’ll be the guy in heaven playing video games and you be the person in hell.”

Me: What does the person in hell do?

Apollo: Whatever he wants.

How about you? Have a funny toddler? An accidental comedian? Share in the comments. I think we could all use a laugh today.

Also, I have a post over on The Photographer Within, talking about Capturing the Hard Times in life. Be sure and check that out!

How to Swim in Cat Pee with Dignity
Tagged Photography