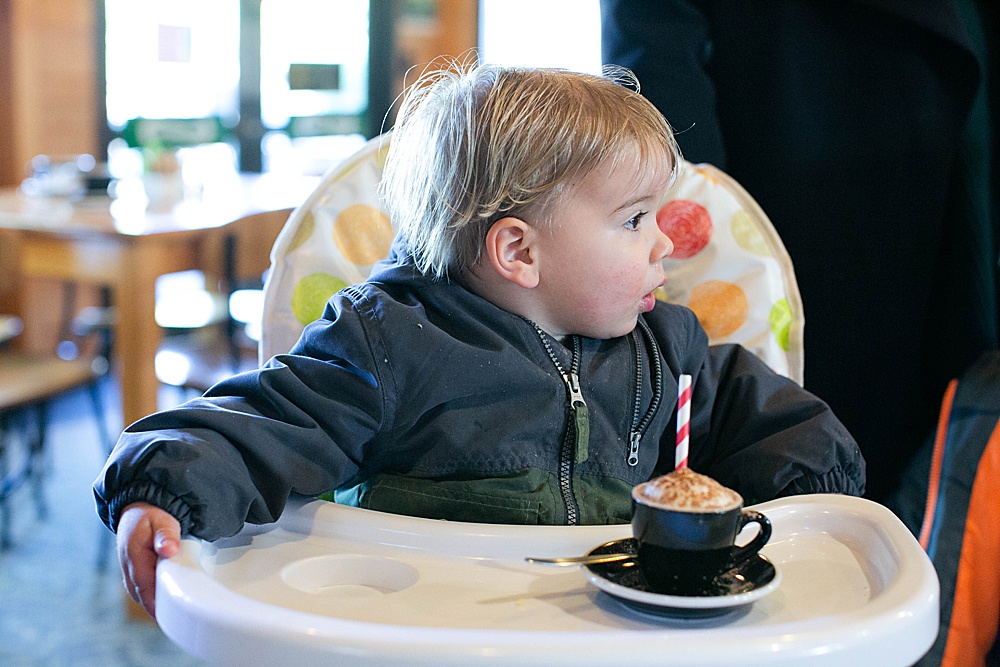 Did you know I have about a zillion photos from my trip to New Zealand in August that I haven’t shared here yet? Mainly because brown-eyed Percy kept me busy, busy, busy. So, how about I start sharing them now?

One day while we were waiting for Monty to arrive, we headed up to Pukaha National Wildlife Centre. In addition to amazing scenery, the reserve had the only white kiwi in captivity.

It was cool the morning we visited and there were barely any other visitors. Adalia and I had fun following Percy, trying to keep him on the trail and out of the enclosures and waterways.

Percy loves to adventure outdoors and has boundless energy.

Toward the end of our walk Percy was getting tired and hungry so Adalia gave him a snack. In true toddler fashion he insisted on holding the bag of potato sticks (think veggie straws) himself.

Then he insisted on walking around with them. Adalia and I were just ready to get back inside and have some coffee. At one point he predictably dropped one. Then he wanted to pick it up and eat it but it was covered with damp dirt which upset him (the life of a toddler is hard).

Not long after, Percy discovered what fun it was to stomp on the potato sticks once he dropped them. So he dropped a stick, walked a few steps away, then ran back to stomp on it. Then he attempted to pick up the ground in pieces to eat them but got upset when he couldn’t manage to do that since, you know, he had just it.

Yup, life is hard when you’re that age.

We somehow all managed to get back to the cafe where Percy got his beloved fluffy (steamed milk). Despite being on 21-months-old, he was able to handle a cup with no issues.

This nougat was amazing. Banana with raspberry and ginger with licorice.

If there’s one thing New Zealand does right it their chips. These were so good!

Ooh, and coffee. Once I let go of my expectation of brewed coffee in New Zealand, I was able to embrace and thoroughly enjoy what they do have to offer. Usually a cappuccino, but occasionally a mocha.

I miss this little guy so much but am looking forward to making more memories with him and the rest of my kiwi family in the future.

And by the way, if you missed the photos of Monty’s birth, they are posted here at Little Earthling Photography.