Hiking with Kids in the Pacific Northwest 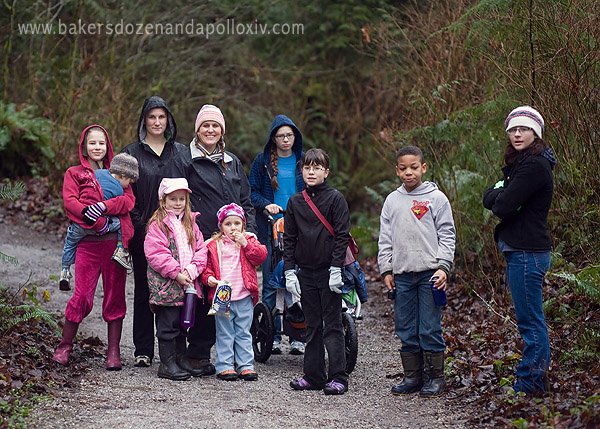 I have to admit when Carolynn from Small Wonders called to see if I wanted to go hiking while our boys were at a Boy Scout event I hesitated. I wanted to say no. I wanted to come up with an excuse why we “couldn’t”. It would have been easy enough… On the other hand, I have been trying to exercise (in my case walking/running) regularly and find it really hard to be motivated in January. And here was opportunity (or in this case, Carolynn) calling. So I reluctantly said yes. 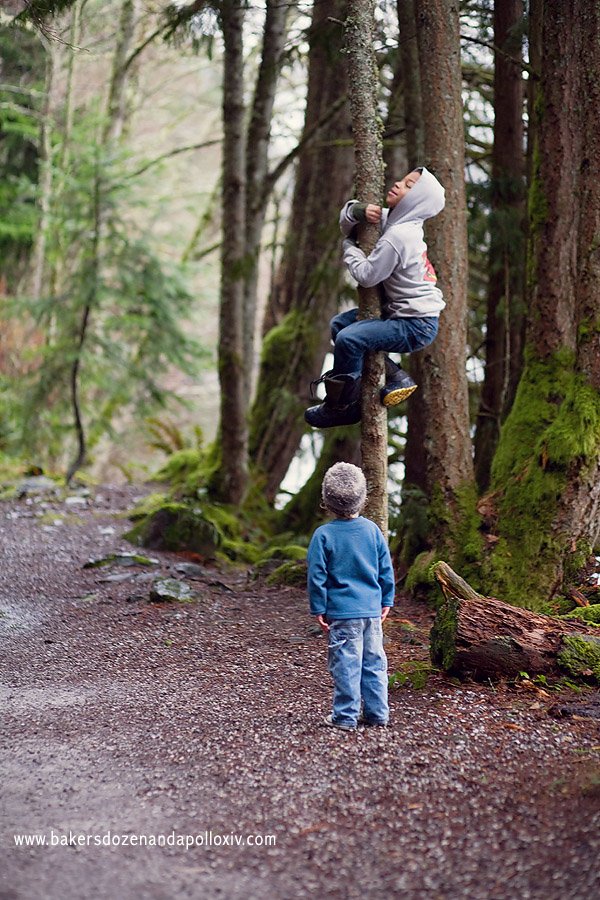 That’s how we ended up hiking North Lake Whatcom Trail. With a dozen children. In the rain. In January. 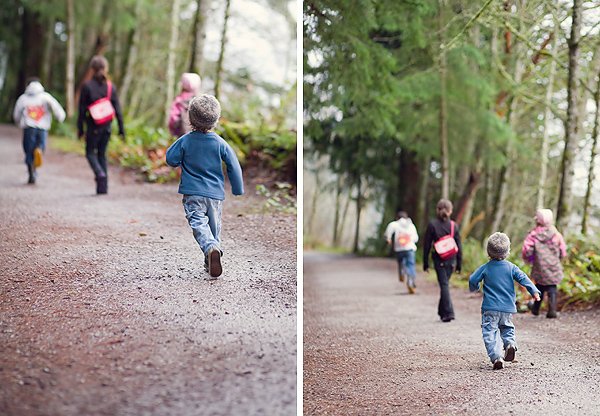 Tucker didn’t want to go hiking that morning. He had been feeling a bit under the weather (and even thrown up once, but seemed okay). Apollo wanted to begin the hike on foot, so I packed seven-year-old Tucker into the stroller and let Apollo walk. 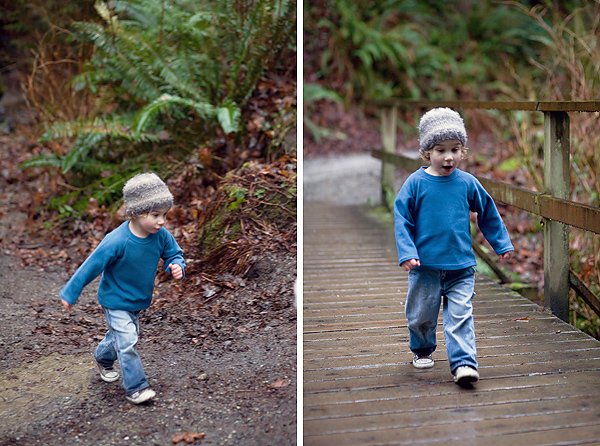 This is the very same trail we hiked frequently during the summer. The trail that convinced us we needed to buy our B.O.B Stroller. We are making a real effort to be active individually and as a family. Apollo had been heading down hill physically all summer and had almost no stamina. He would walk a short distance and then be out of breath and need to rest. 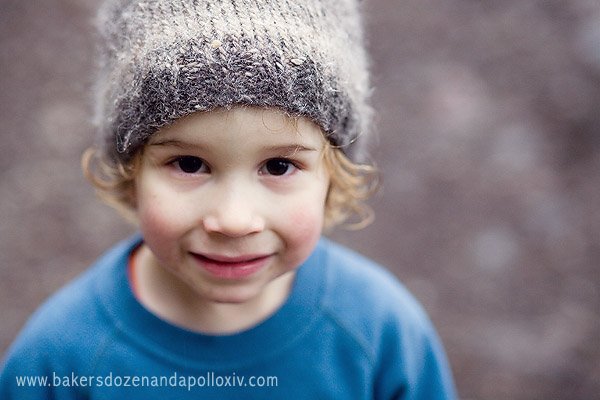 Well, my friends, yesterday Apollo hiked over a mile by himself. Over a mile on foot, walking and running! This is nothing short of a miracle. I know because we took this very trail many times over the summer. When we got home he crashed on the couch and napped for hours, but he did it! He is now ten months past his first heart surgery and his breathing has improved markedly in that time. Now if we can just get him eating… 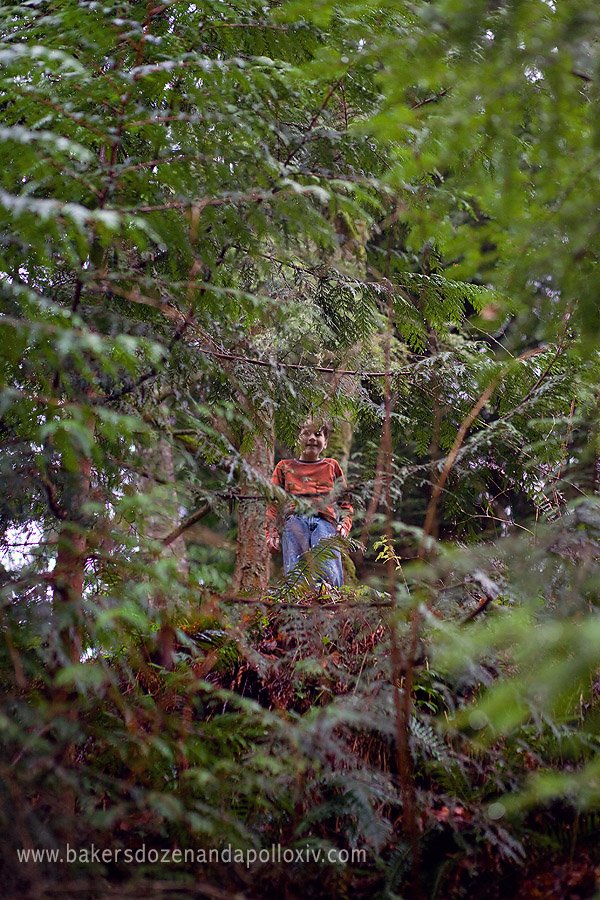 Can you find the hidden Hezekiah? 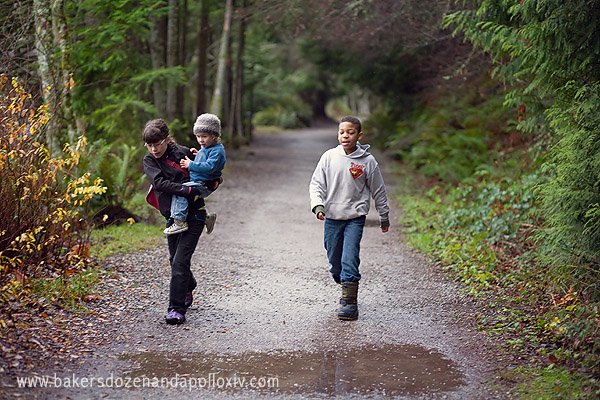 When Apollo finally did get too tired to walk, the stroller with Tucker (pushed by Tilly) was nowhere in sight. So we took turns carrying him for the next mile and a half until we caught up. Then Tucker was booted out and walked the rest of the trail why Apollo rested contentedly in the stroller. 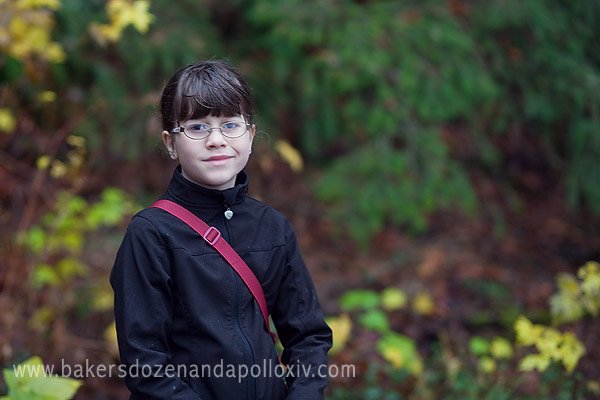 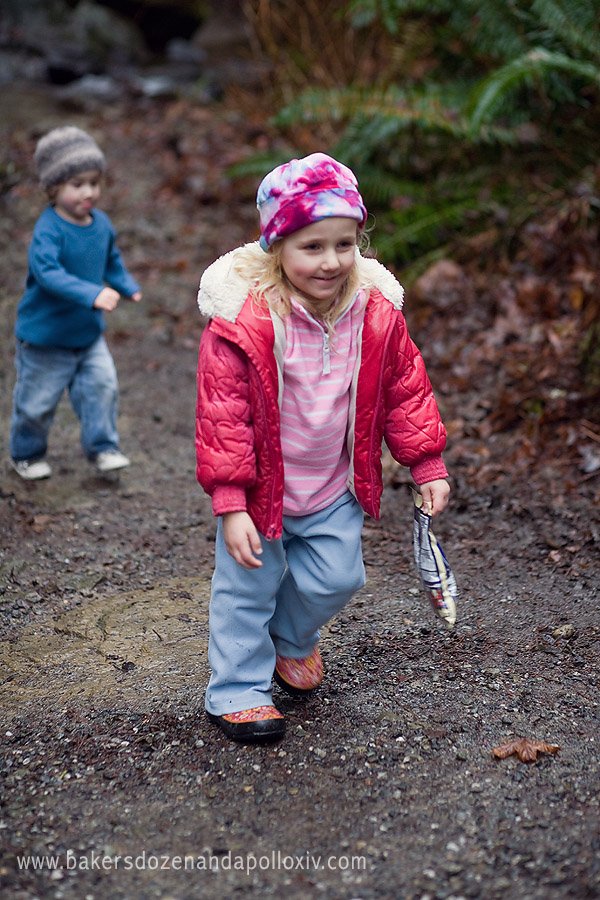 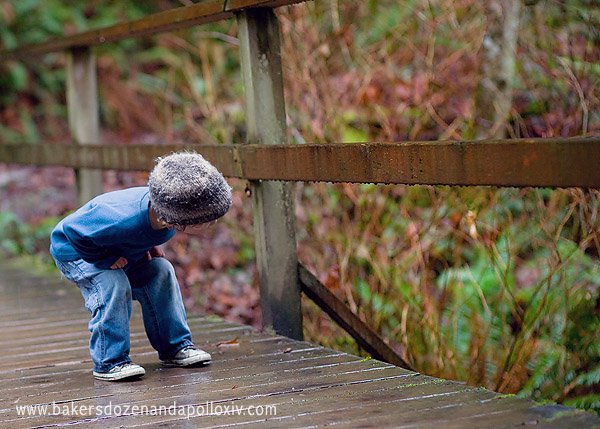 Apollo was fascinated by the water under this bridge and very animatedly described it to me and Carolynn. 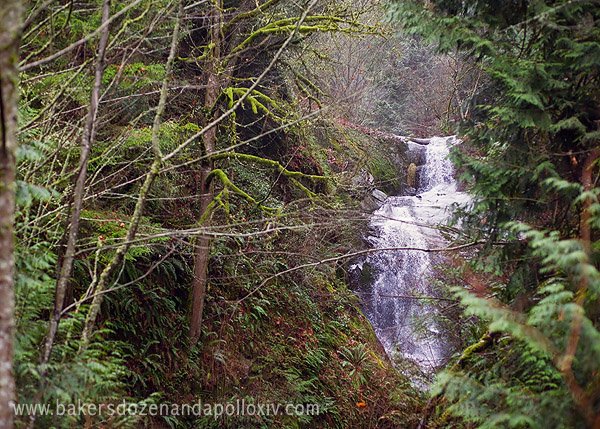 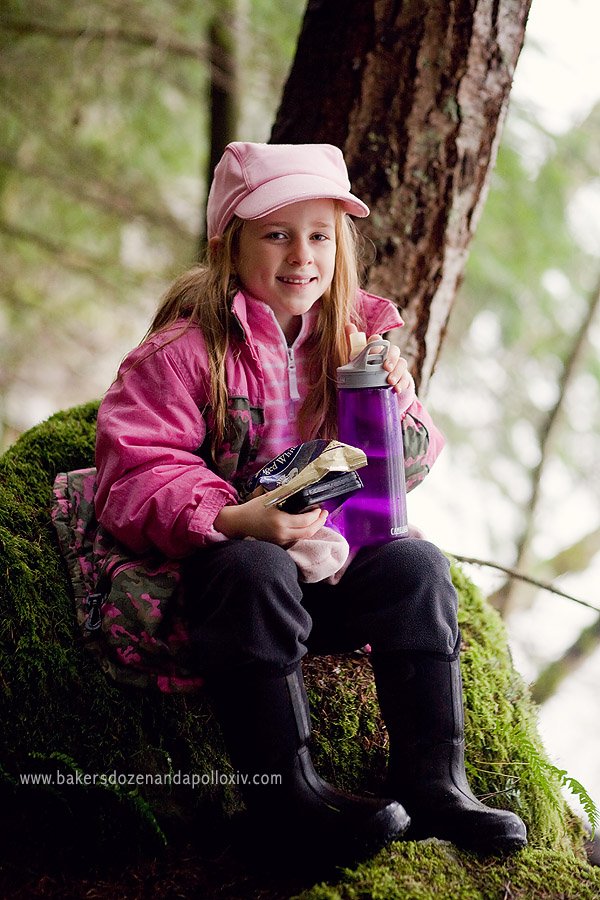 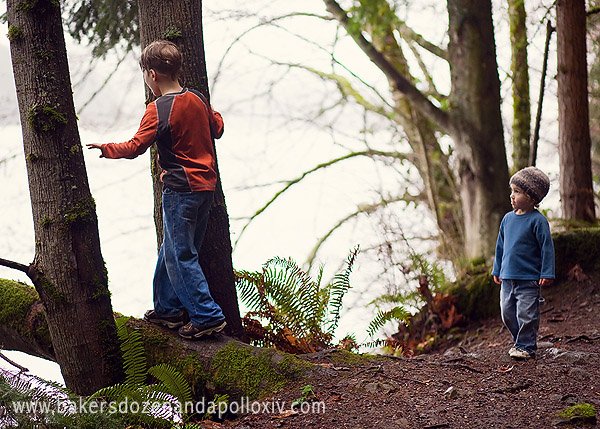 And Carolynn, for the record, I’m so glad I went!