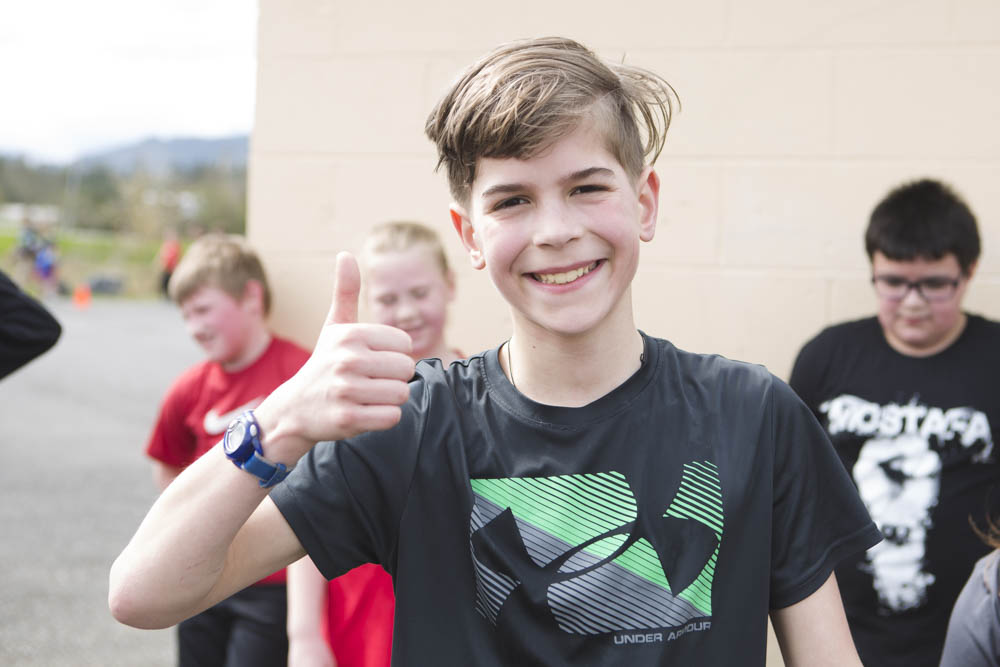 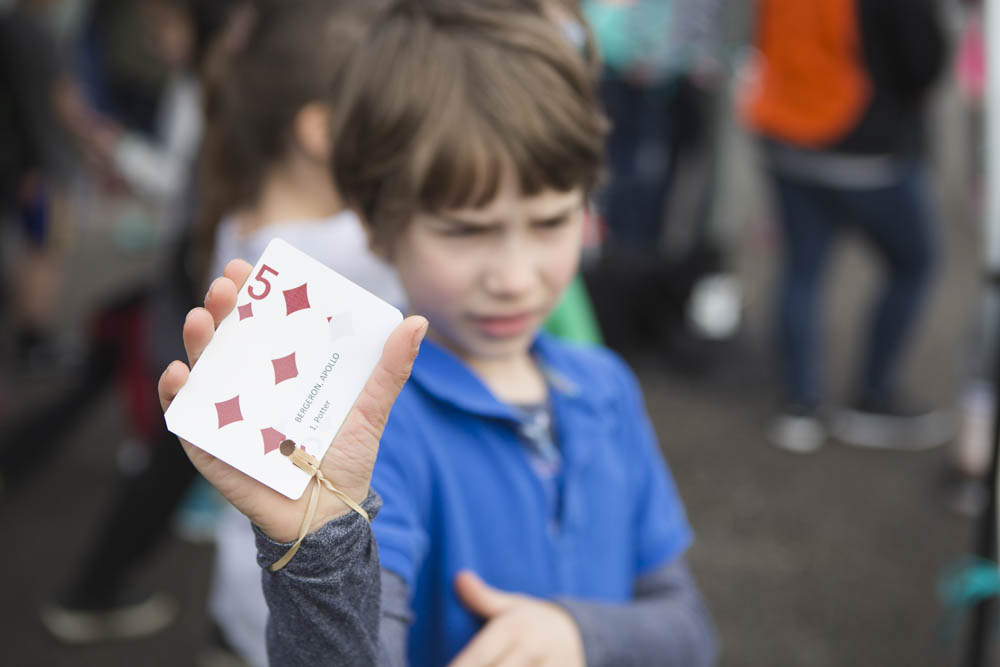 And if you don’t believe it I have proof. 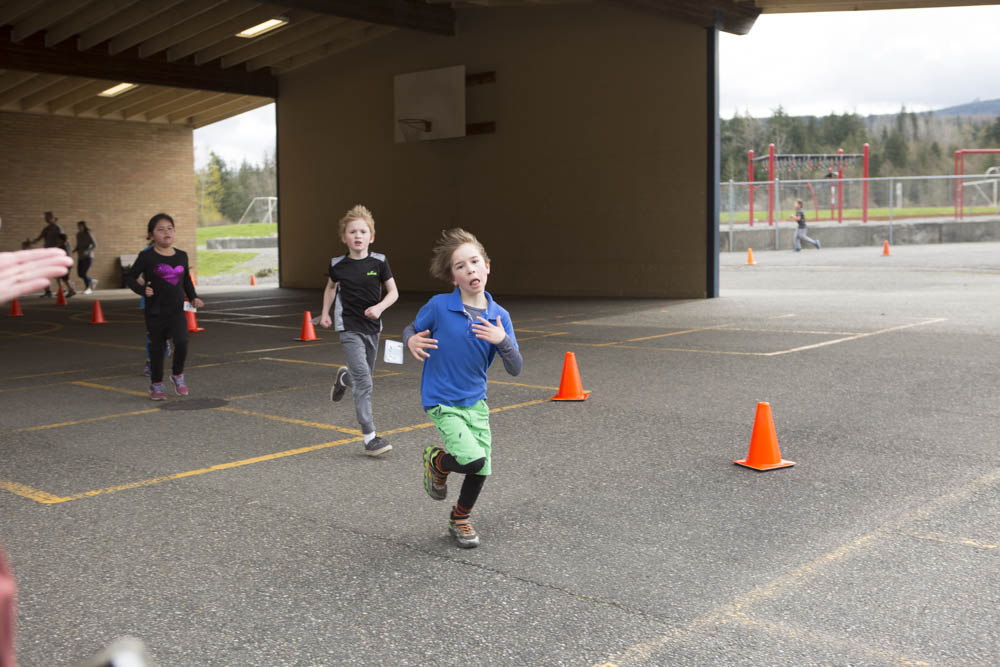 Every April I go to my children’s school and freeze my tush off while I  watch them run around on a parking lot that has seen better days. 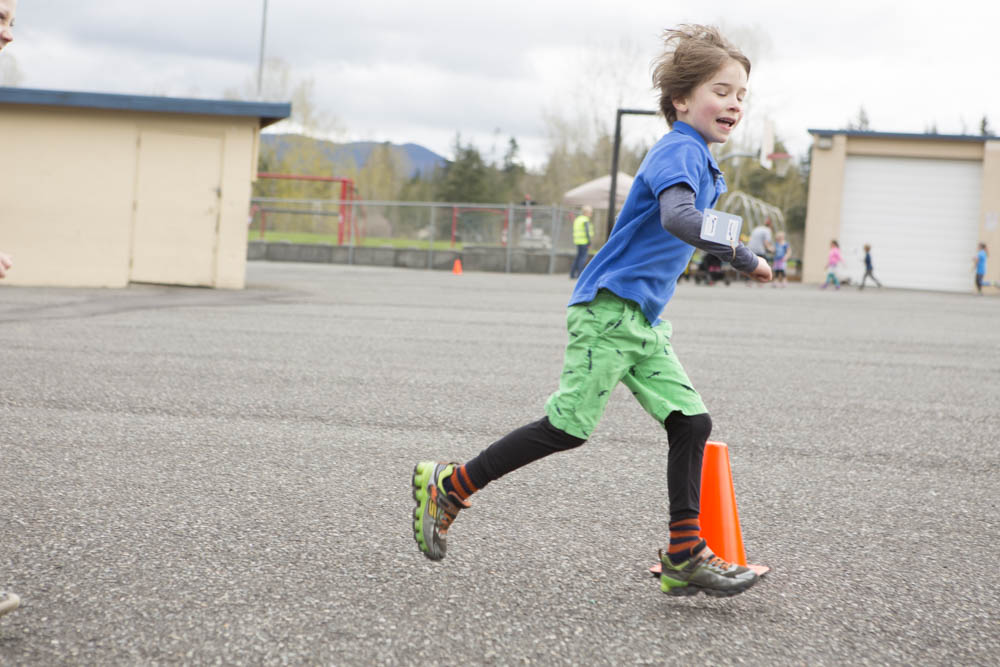 Not only that, but I actually pay to freeze my tush off and watch this spectacular event.

Every year at least one kid (usually a kindergartener or first grader) bites the dust and skins his knees. And according to Murphy’s Law, it’s usually a kid who doesn’t have a parent there watching. So they get bandaged up my some poor volunteer who is also freezing, and get sent on their way to run more laps. 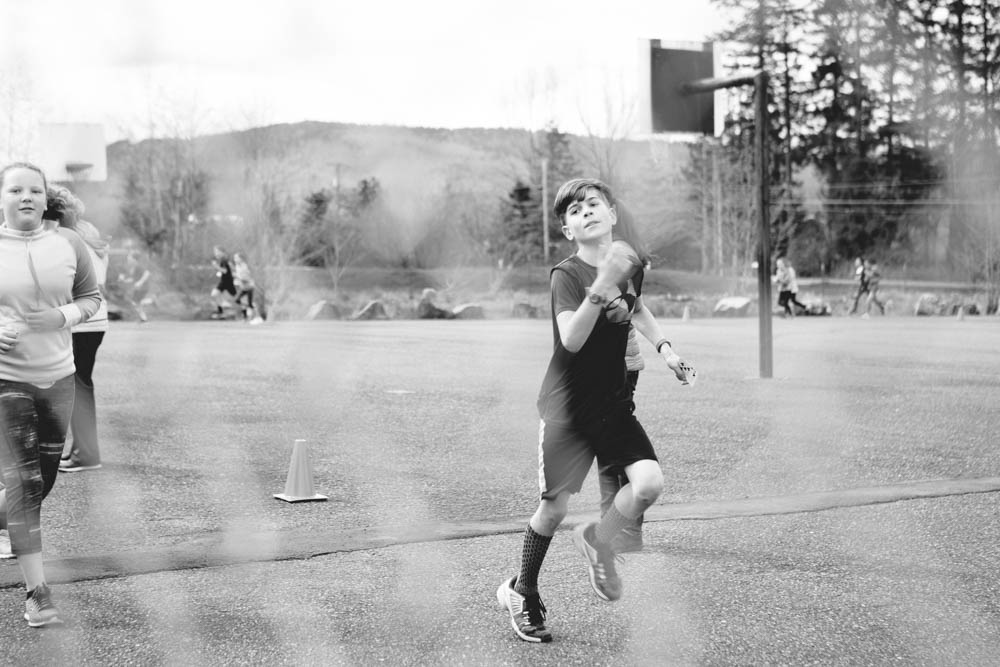 Because running more laps is the point of a jogathon.

That and raising money for the school. 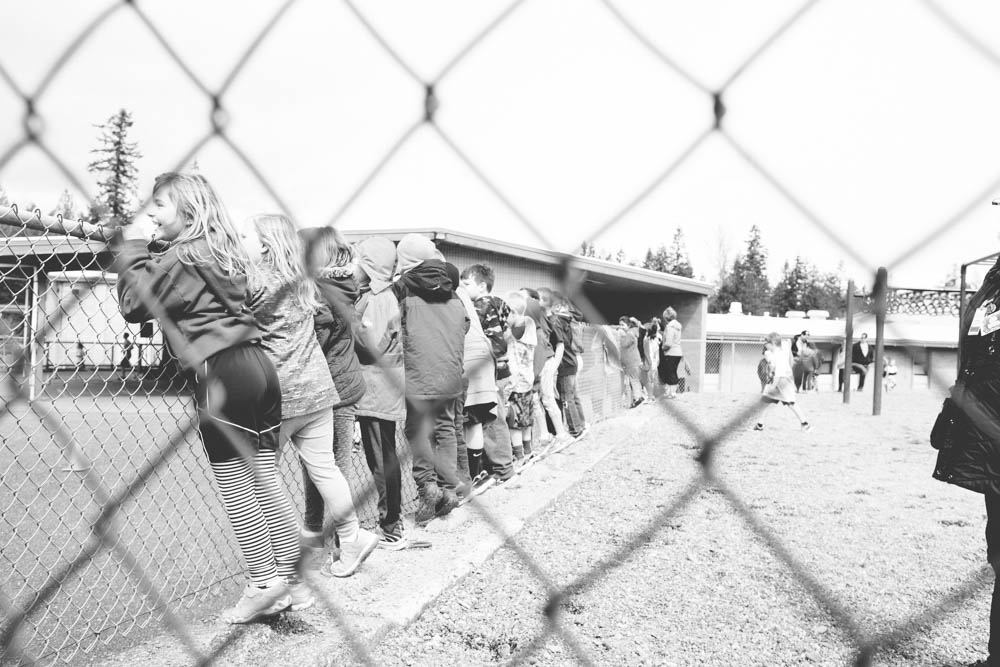 Except we don’t send our kids out looking for sponsors, so it’s all on me and Chuck. We* write our checks, cheer on the kids and call it good.

*and by “we” I obviously mean “me” since my husband is at work and I’m there freezing on the sidelines all by myself. 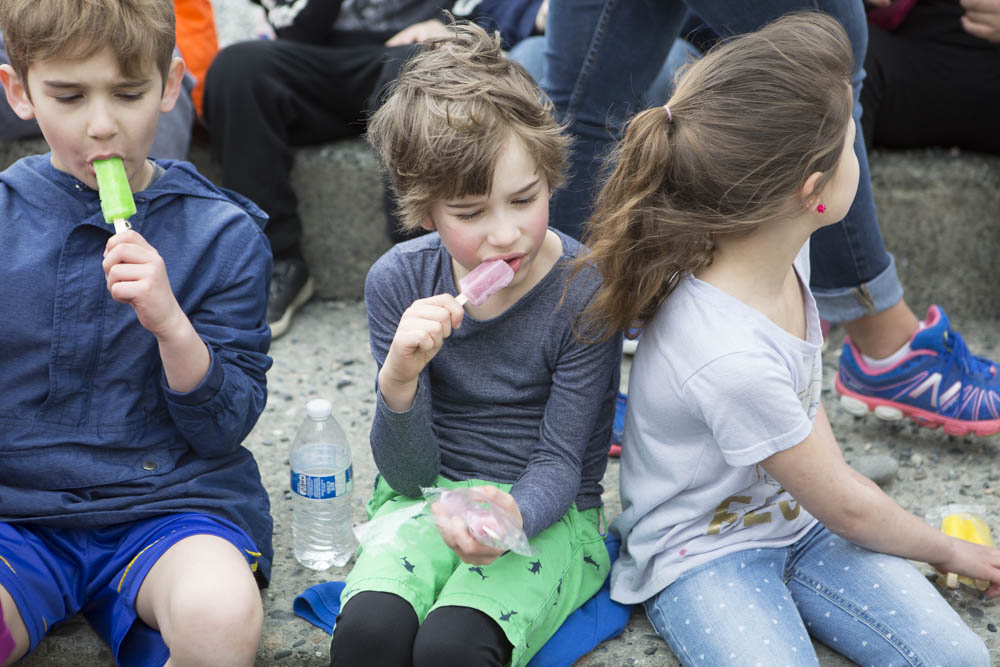 Which leads me to wonder…WHO IN THE HECK thought having a jogathon in April was a good idea? We live in the Pacific Northwest…in a TEMPERATE RAINFOREST. Keyword(s) being RAIN and FOREST. It is cool and wet.

Sure, occasionally we have a heatwave and the kids are in shorts in April.

But we also sometimes have snow. 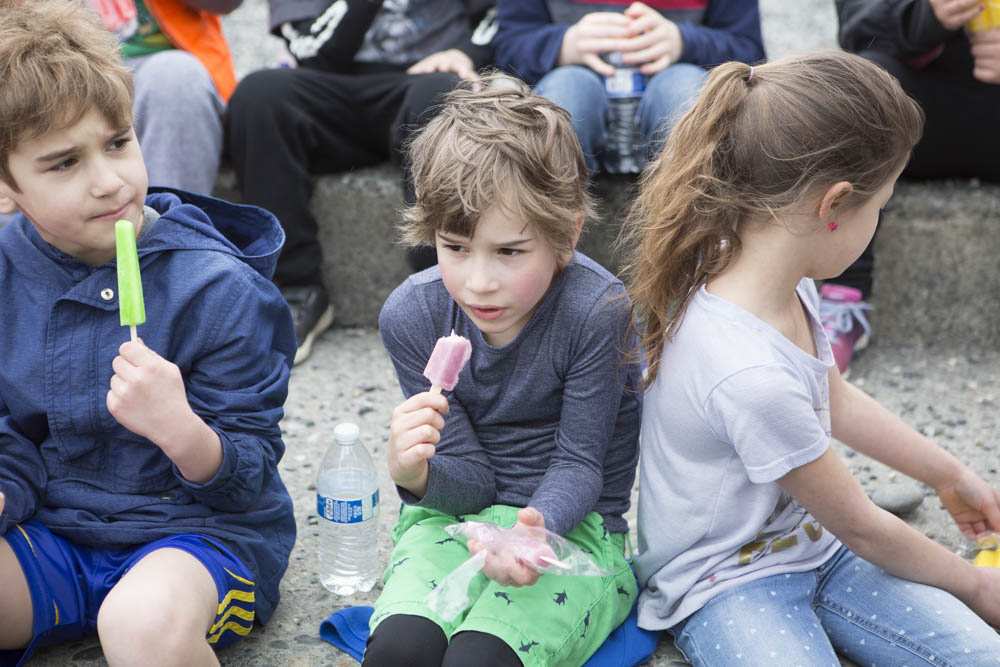 And after their hard work we, of course, reward the kids with popsicles that they can eat in the 45-degree weather. As you can see, Apollo really needed some “cooling off” after his run. 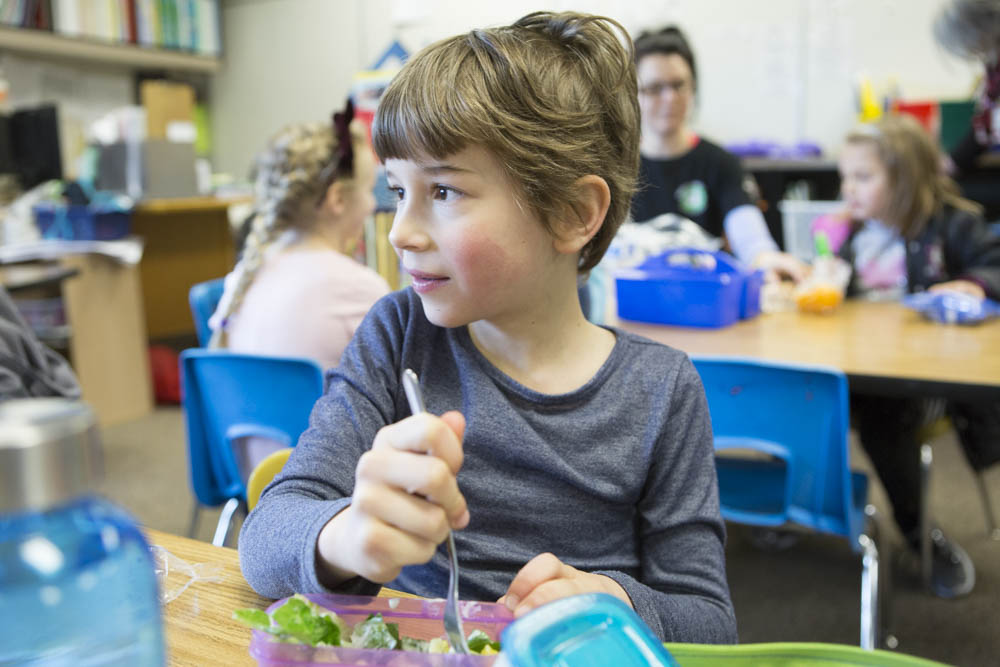 Then we went inside to warm up and have lunch… 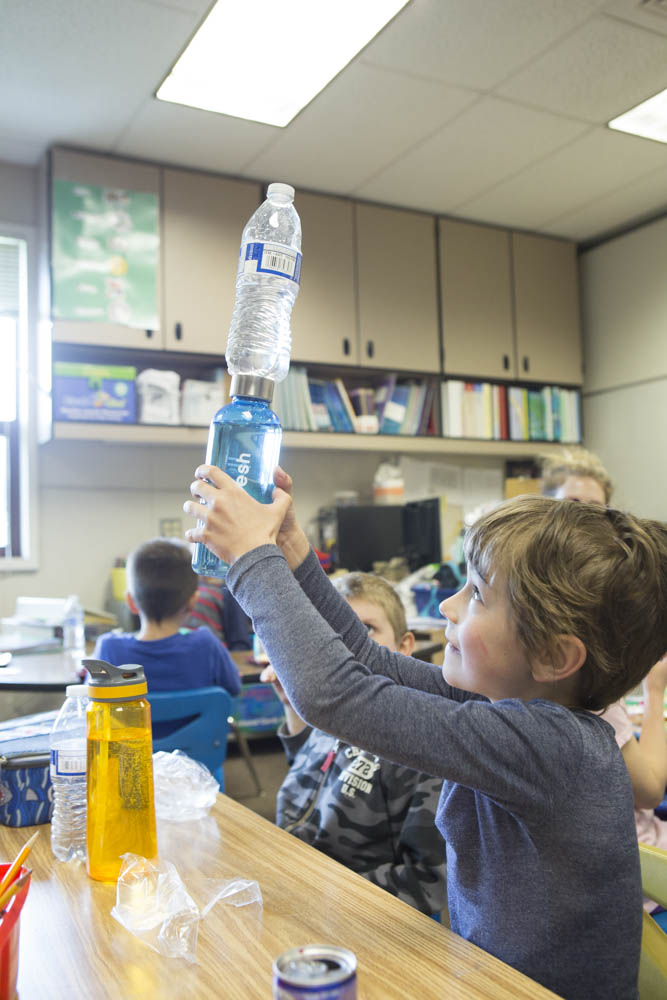 And build water bottle towers…where is this kid’s parents anyway???

This guy was happy as a clam.

Physical activity and competition are his love languages. 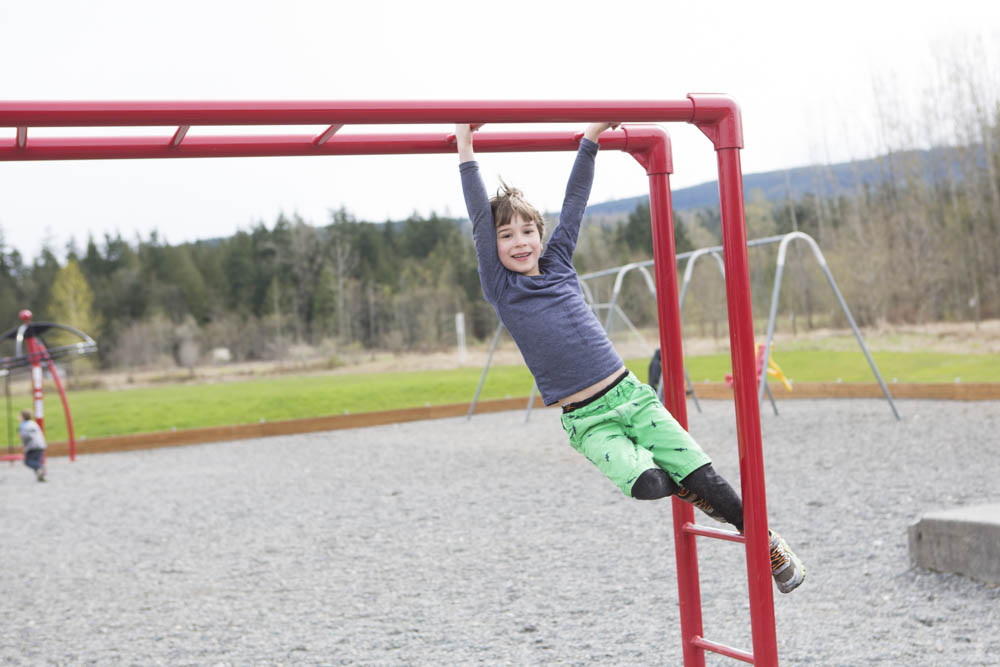 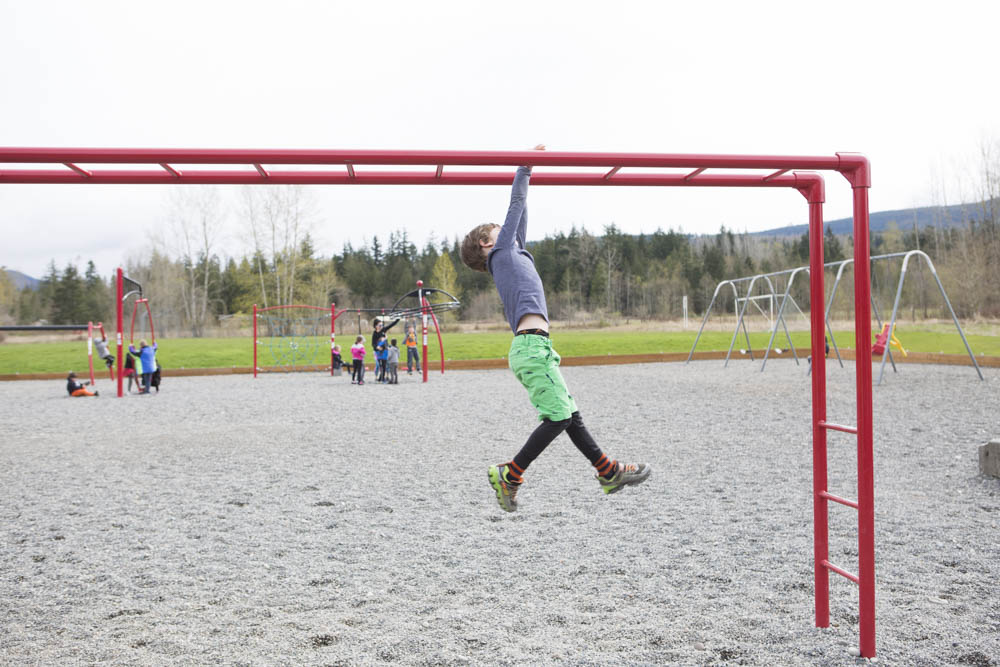 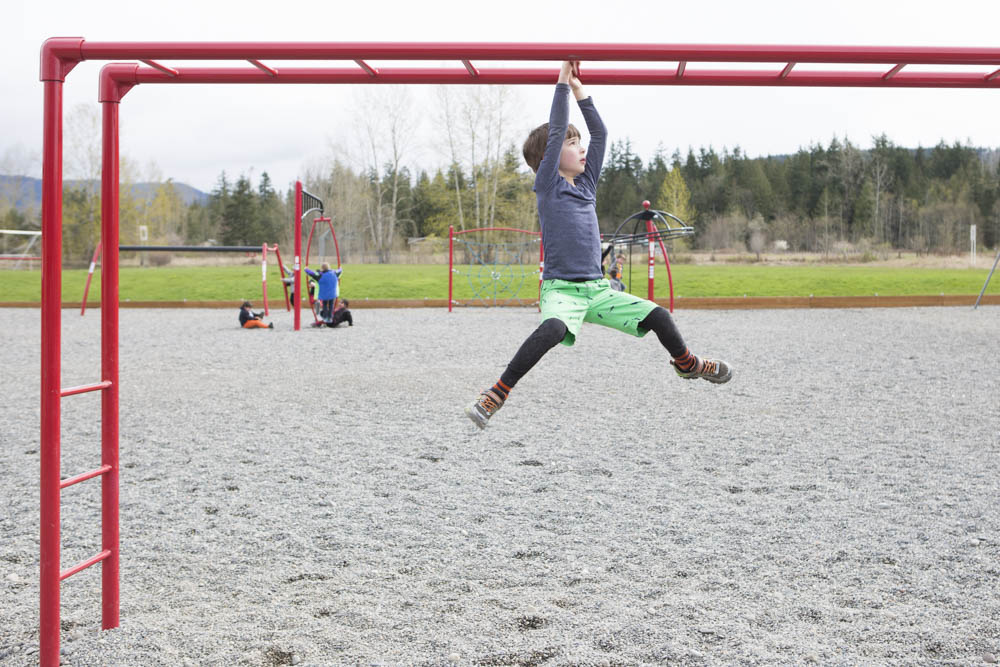 But the next morning he was so tired and sore he insisted he couldn’t walk. A little more self-regulating would be nice.

{And yes, my third elementary school student Avi was present and running…but she didn’t want her picture taken and I always respect that in my kids.}

And so I survived Jogathon 2017. Anyone interested in sponsoring me?