Apollo has become very opinionated about his clothes lately. Like to the point where he refuses to wear clothes that are “ugly” and will rip them off as soon as I put them on him. He doesn’t want to wear his hand knit vest (sniff, sniff) or any long-sleeved shirts. Unfortunately, it’s not really an option in the cold weather we’ve been having here. I can’t remember having this much of a struggle dressing my old kids at this age…

Tilly posted a bunch of old photos on Facebook the other day, and I could not believe how many pictures there were of my kids in Lands’ End clothing.

Lands’ End has been our favorite clothing company for years. When I look through our family albums, they almost look like a Lands’ End catalog (minus the perfect hair. And houses). We began buying the Lands’ End play dresses and tights when Adalia was barely two years old! 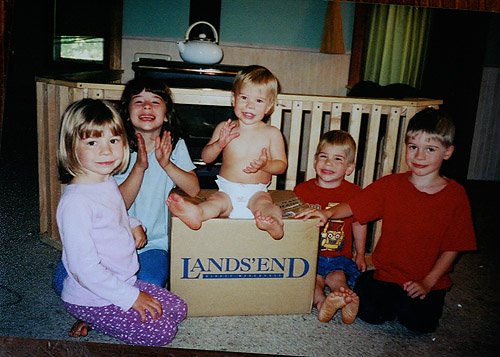 Then we began buying the Squall jackets. We’ve had more than two dozen in our house and each one has been passed down to at least two or three younger siblings. And then to friends. We’ve had them in every color of the rainbow. 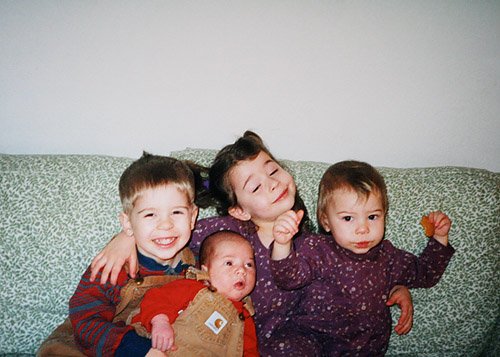 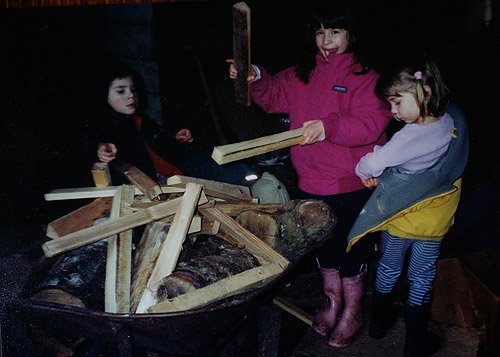 Start ’em young with the wood hauling…in their Squall jackets. 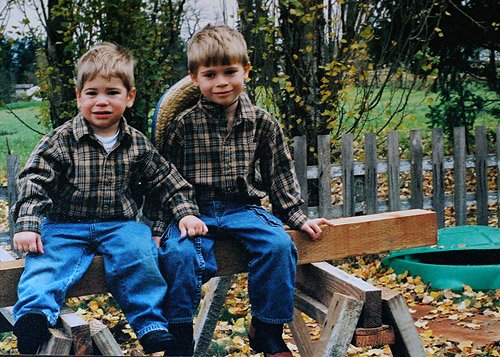 Our boys have grown up in their flannel shirts. 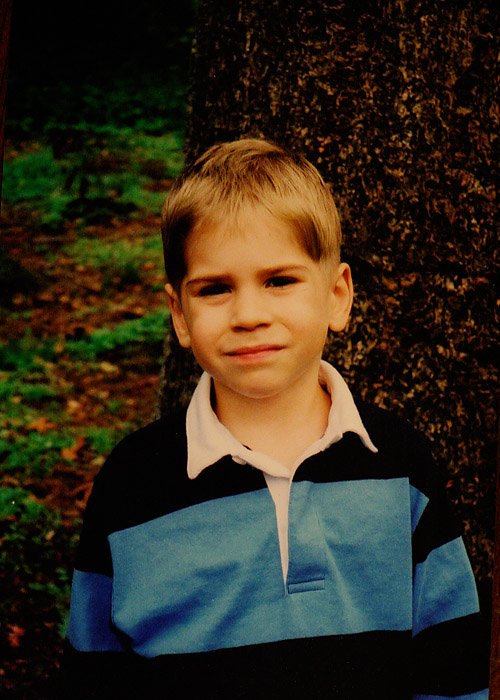 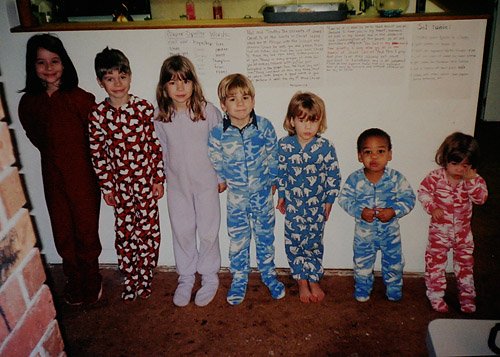 And every winter we bought new fleece zip front sleepers. My older kids still remember being filled with anticipation each fall as they got to pick their new pair out of the catalog. Every child got one new pair and any pairs that fit them from sibling who had outgrown them in years’ past. This meant the younger kids always had three or four pair. When the feet got holes (as they eventually do) we cut of the feet and got several more years out of them. 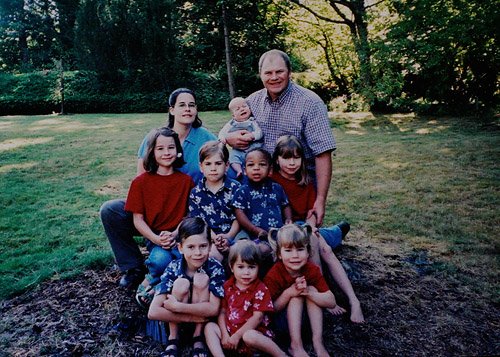 And who could resist these adorable summer outfits? Shirts for the boys and little rompers for the toddlers? Our children wore them to church each Sunday and looked adorable. The boys all wore the Chino shorts to church in the summer until they were four or five years old. 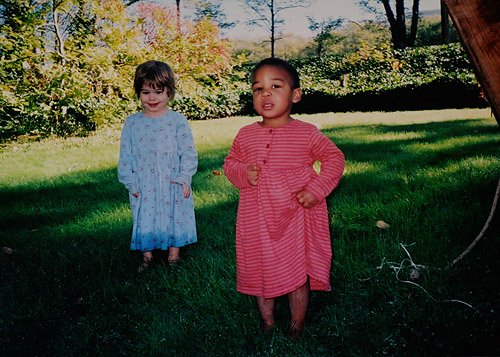 Even Mordecai looked cute in the play dresses! 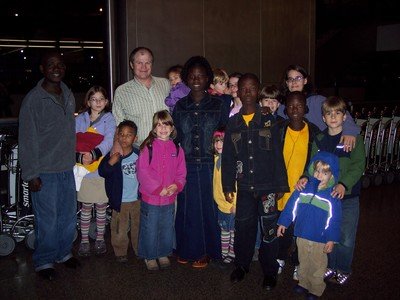 And one of the first purchases we made when they arrived were three brand new Squall jackets for them, each in their favorite color! 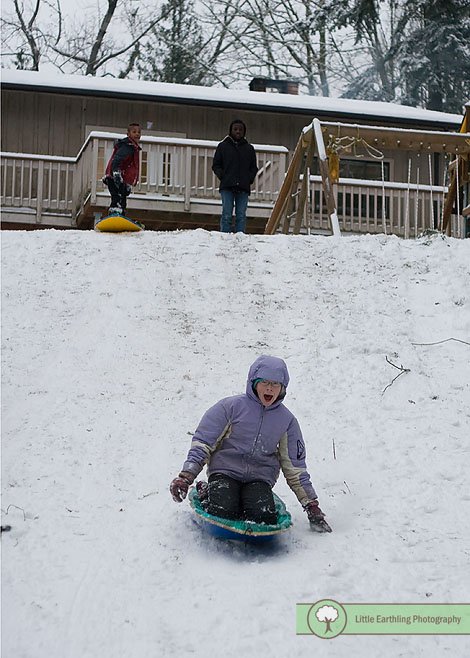 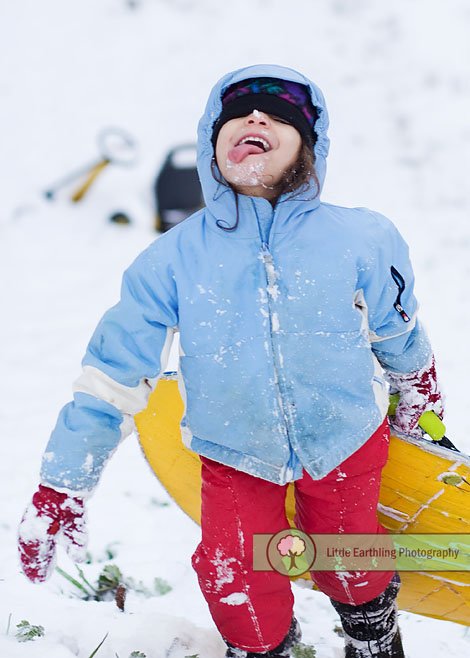 What’s your favorite children’s clothing company? And is anyone else struggling to appropriately dress a kid? Please say yes. And tell me about it to make me feel better. Please?

{This post was NOT sponsored by Lands’ End or anyone else. Except maybe Apollo and his frustrating insistence on refusing to wear appropriately warm clothing.}