LeapSchool Math is a cool little game cartridge sent to me for review by Leap Frog. I have been impressed with every single Leap Frog product we have owned. And this is coming from a mom who is big on limiting screen time.

What I like about LeapSchool Math is it is so much more than an “math drill” game. It is aimed at children ages 4-7 but my eight and ten year olds enjoy this as well.  LeapSchool Math teaches a variety of subjects surrounding early math skills- not just facts and drills. Chuck and I really push thinking skills in our house because we feel it is critical to future academic success. This game definitely fits the bill.

With LeapSchool Math kids learn about measurement, volume, geometry, money skills, proportion, volume, charts, graphs and more. The first level is presented in the scenario of earning enough money to repair the Bouncy Castle. Another level includes cleaning up and repairing an animal shelter. There are several more story scenarios that my children haven’t unlocked yet. The child gains (or practices) various math skills as they move through the different levels.

One thing I really like about this set up is the kids gain an understanding of how and why math is used in real life. They learn that math isn’t just a subject at school

As I watched Mordecai (10 but with learning delays) play one afternoon I was impressed with the variety of skills presented. In the game he was building stuffed animals and making video games to sell. The game had him choosing the materials, figuring out who much to use, reading charts to place his booth and products. All while he was “earning” money to repair the bouncy castle. He needed to measure, count money and follow directions to move through the story. 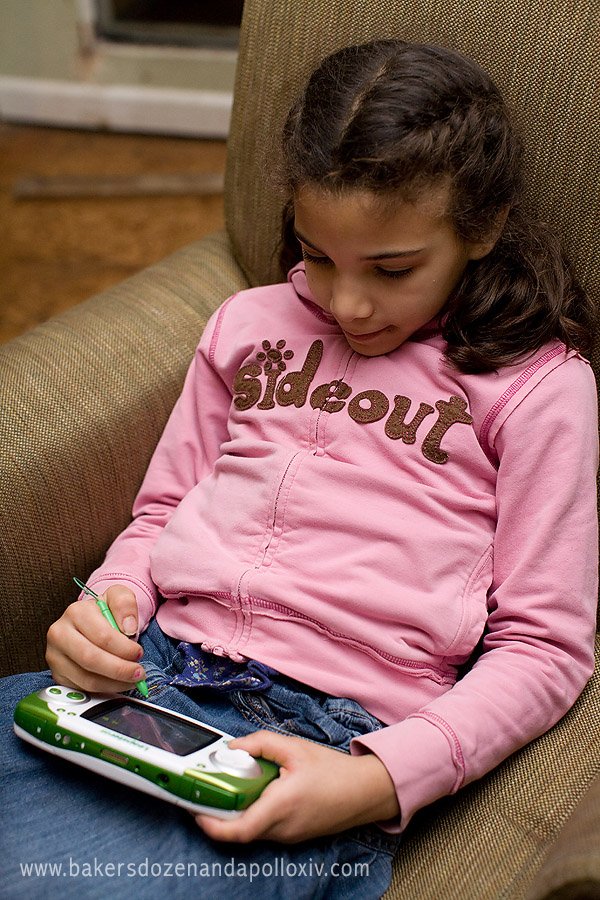 When I asked Avi (7) her opinion of the game, she said:

It has levels and its kind of easy and kind of hard. The hardest part was doing the math. The easiest part was making the stuff. I like this game the most {out of all our Leapster games}.

As a family who really limits screen time for our children, LeapSchool Math is something that I can feel good about my children playing. Hezekiah (8) and Jubilee (10) have both enjoyed this game. Even though the math skills are aimed at younger children, the story is engaging enough to make them want to play.
As will all the Leap Frog products I’ve reviewed so far, I was very impressed with LeapSchool Math and definitely recommend it if you children do any time of screen based learning.
{I was given a copy of LeapSchool Math in exchange for an honest review of the product. All of the opinions stated here are my own and those of my children.}

The Winner and Edible Cells