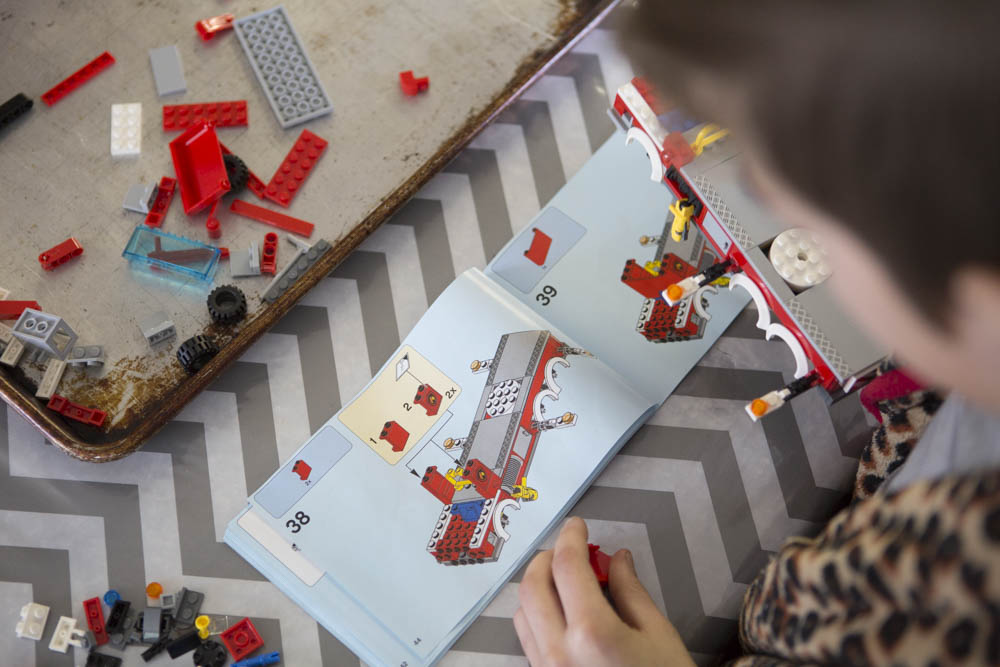 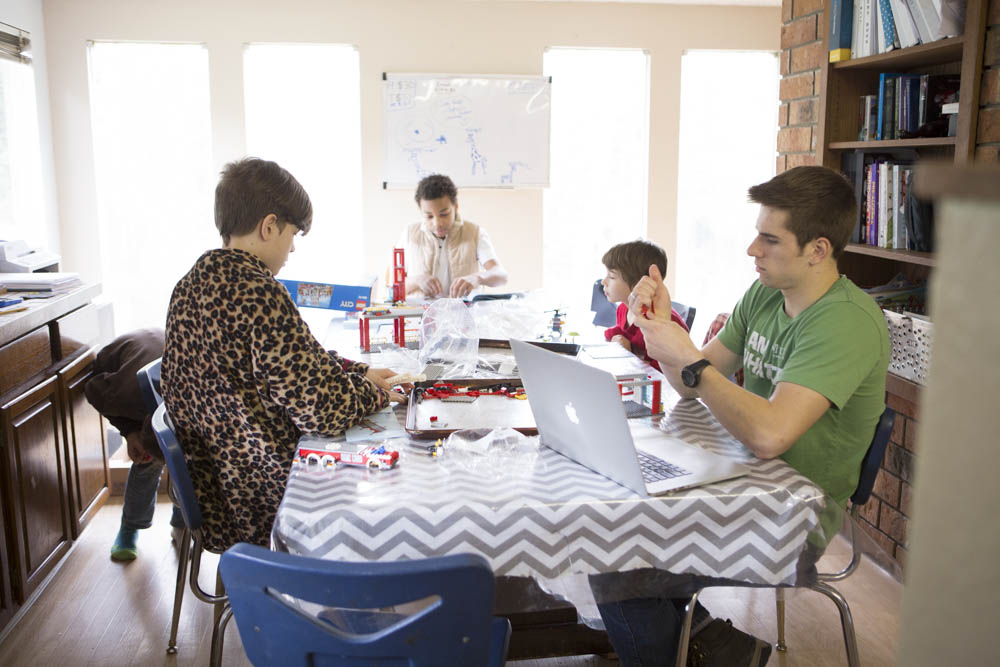 LEGO the great equalizer. From toddlers to man-sized teens, none of my kids can resist the call of LEGO.

In our house, the love of LEGO knows no age barriers. LEGO allows my children to build, dream, compete and cooperate despite the age differences. Creativity and joy abound.

A few months ago I found a great deal on this LEGO City Fire Station. If you’ve been here long, you know I’m passionate about LEGO and even more enthusiastic about saving money on LEGO.

This spring break was nothing, nothing like last year. It was cool, damp and rainy the whole time. I took Adalia to the airport to head back to New Zealand and we took a trip to the library. The rest of the days were spent at home. 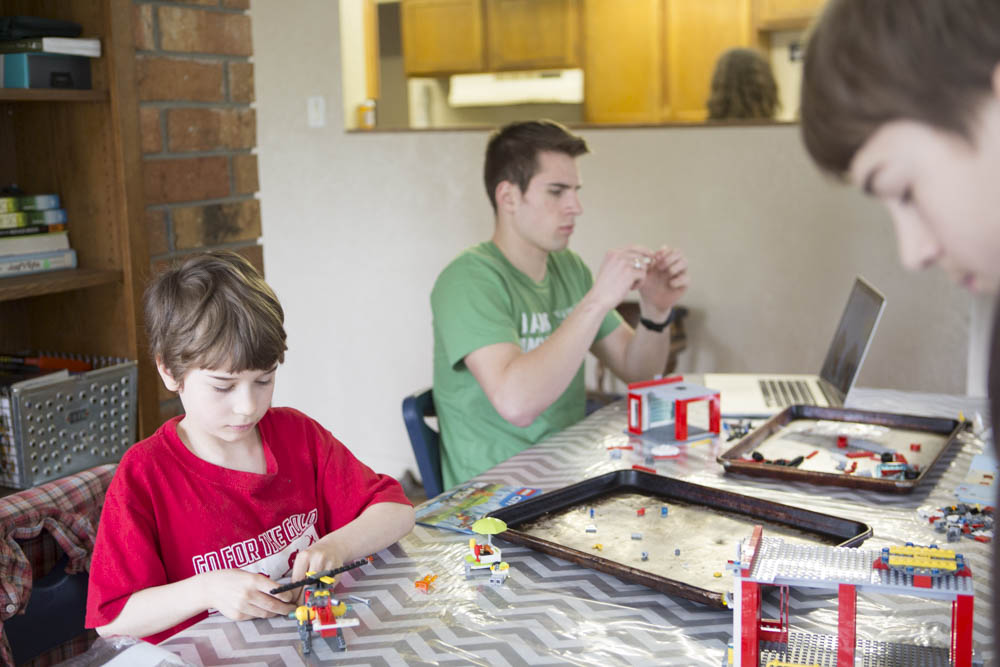 Saturday, after our weekly clean up, I pulled out the LEGO set.

Enoch was busy doing homework but when I walked through the room he was at the table with the younger boys (my girls were gone or occupied which is the only reason they were not helping with the build). 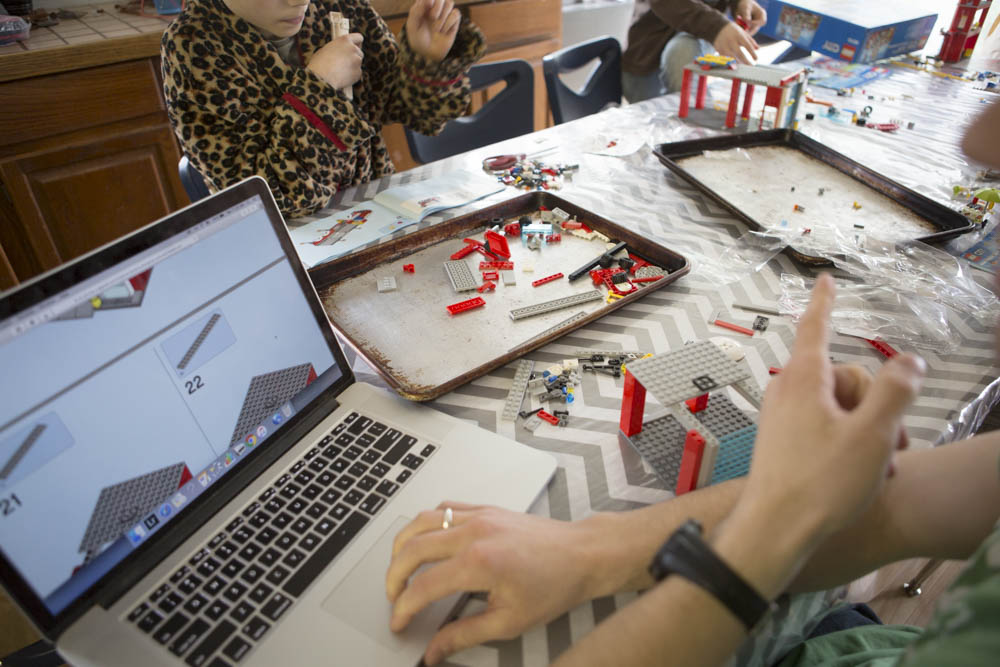 Initially, I thought Enoch was doing homework while he built, but no, he was using the computer to find the directions to the set, since the other boys were using the books. Did you know you can find the instructions to any LEGO set on the LEGO site? If our books get worn or lost, we will pull them up on the Ipad or Kindle so the kids can still build. 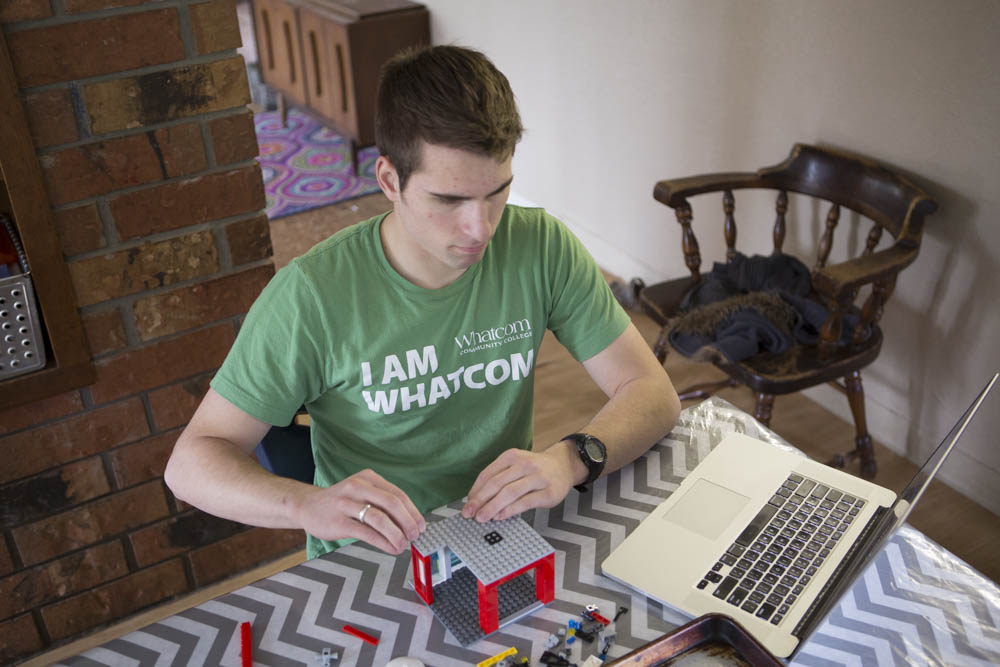 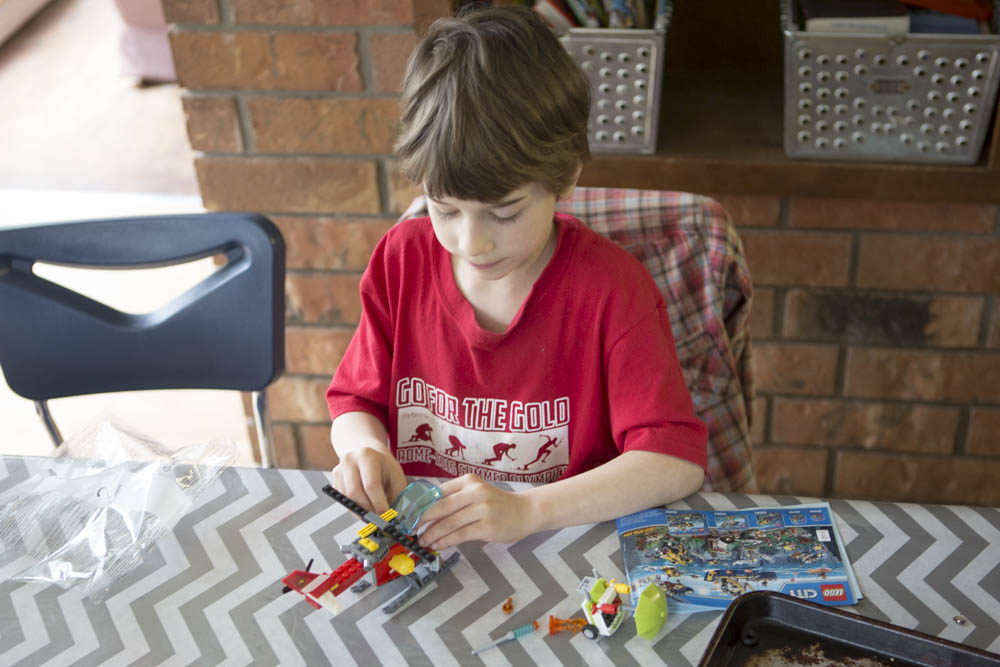 Apollo was given the task of building the helicopter and hot dog stand. I love that this set came with enough smaller sets to allow each boy to build a section. Amazingly, in the hour this took the boys, there wasn’t one fight.

That was worth the money right there. 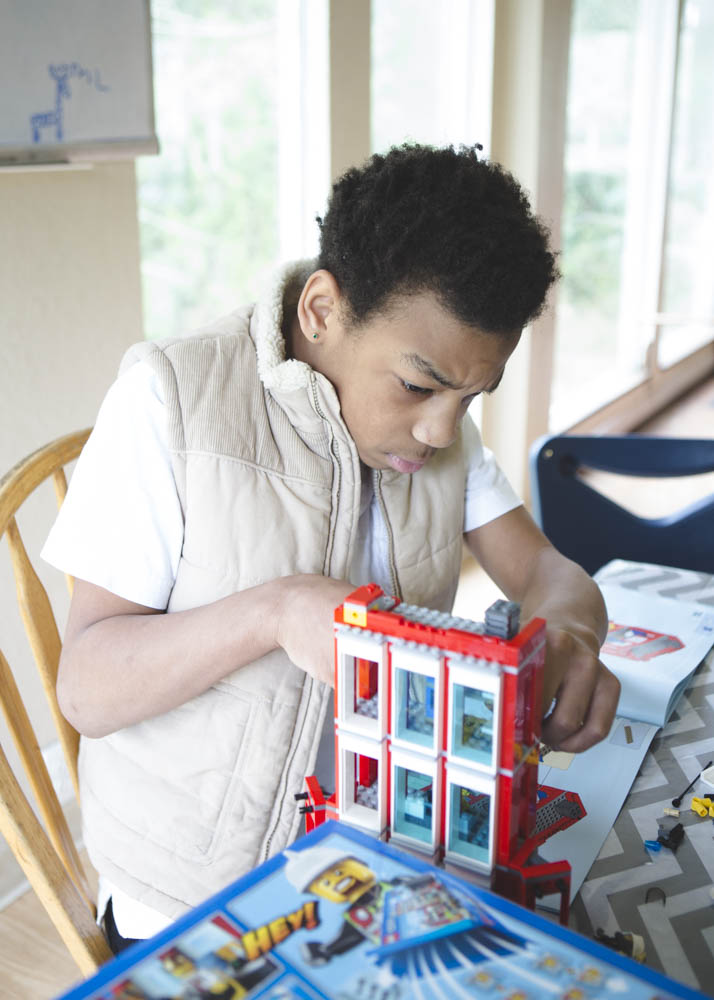 And then I watched this guy build. I am so in love with the furrowed brow as he focuses on his portion of the build.

When I saw Mordecai engaged in building the phrase “LEGO the great equalizer” popped into my head. Mordecai will never be the fastest or best athlete (he was born missing fingers and toes). He’s not going to win a spelling bee, be valedictorian of his class or become a doctor.

But building with LEGO? This is his strong suit. He has no trouble following the (very visual) instructions. When building he can easily get lost in his world of LEGO and order. No surprises or sudden shifts. He can hunker down and have the order and repetition he craves. Left undisturbed he will build for hours.

Not only did Mordecai win third place in The Great LEGO Build Off last year but he has the amazing ability to watch a LEGO Ninjago episode and then recreate the structures from memory.

Watching Mordecai this weekend I found myself wishing LEGO were an actual language. Mordecai is able to express himself through LEGO. Words are hard for him. Emotions difficult to control. But LEGO?

LEGO is the great equalizer in our house.

The Stigma of Hidden Special Needs

The CDC and Fetal Alcohol Spectrum Disorder: A Mother’s Perspective