Life is Hard. Games Should be Fun. 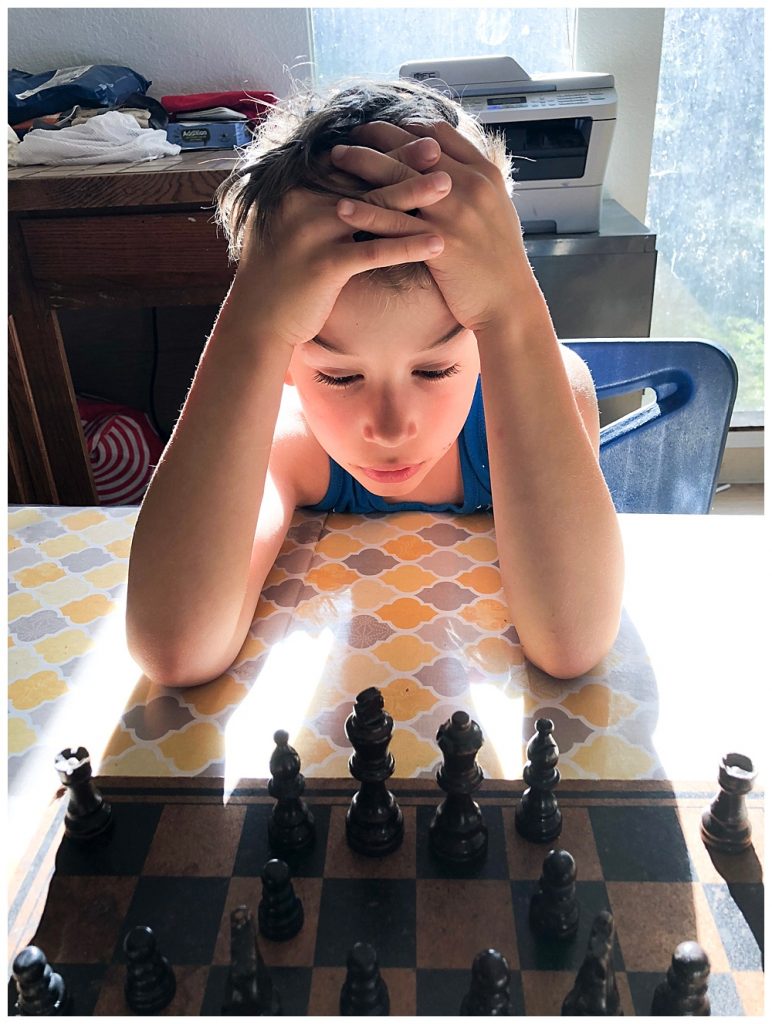 Life is hard. Games should be fun. 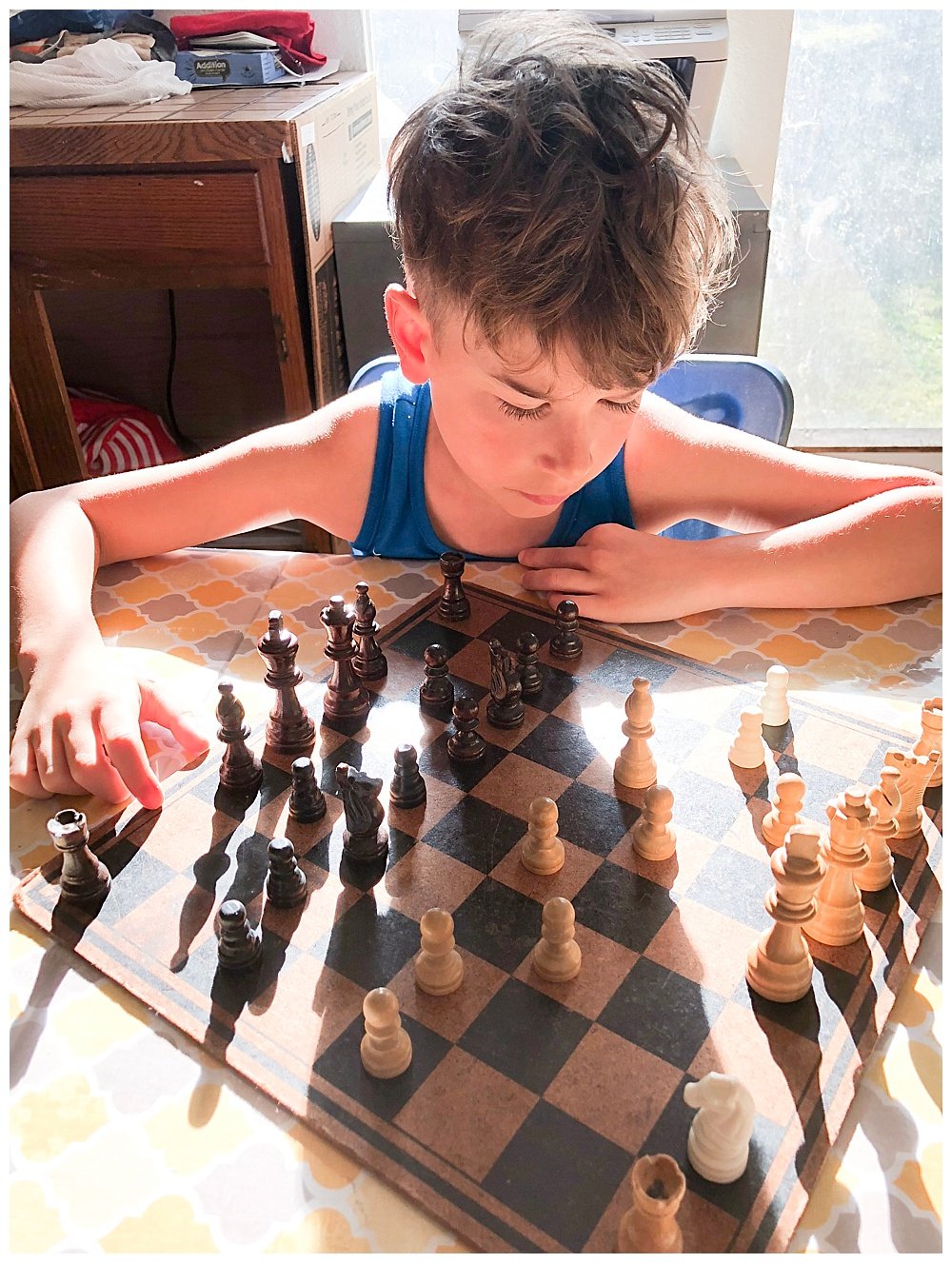 This kid is running me ragged, let me tell you. After finishing all the Percy Jackson books, we read the Hobbit, then finished Harry Potter and the Sorcerer’s Stone in a week. A week, my friends. And now, less than a week later, we are two-thirds of the way through Harry Potter and the Chamber of Secrets.

I used to like playing games. Back before I had children (yes, it’s true, I was once childless…) Back then, the idea of using my brain (I used to have one of those) to play a game was FUN. It’s kind of like bike riding was fun until Chuck and my pregnant self, lived in Hawaii and we had no car. Bikes were our only form of transportation. So this pregnant lady rode a bike, across a hilly island, twice a day to attend classes at the University of Hawaii…and then again on Saturdays when Chuck and I would bike to the grocery store and load up our backpacks with the week’s groceries. No ice cream or popsicles for us…they would melt before we could bike home. 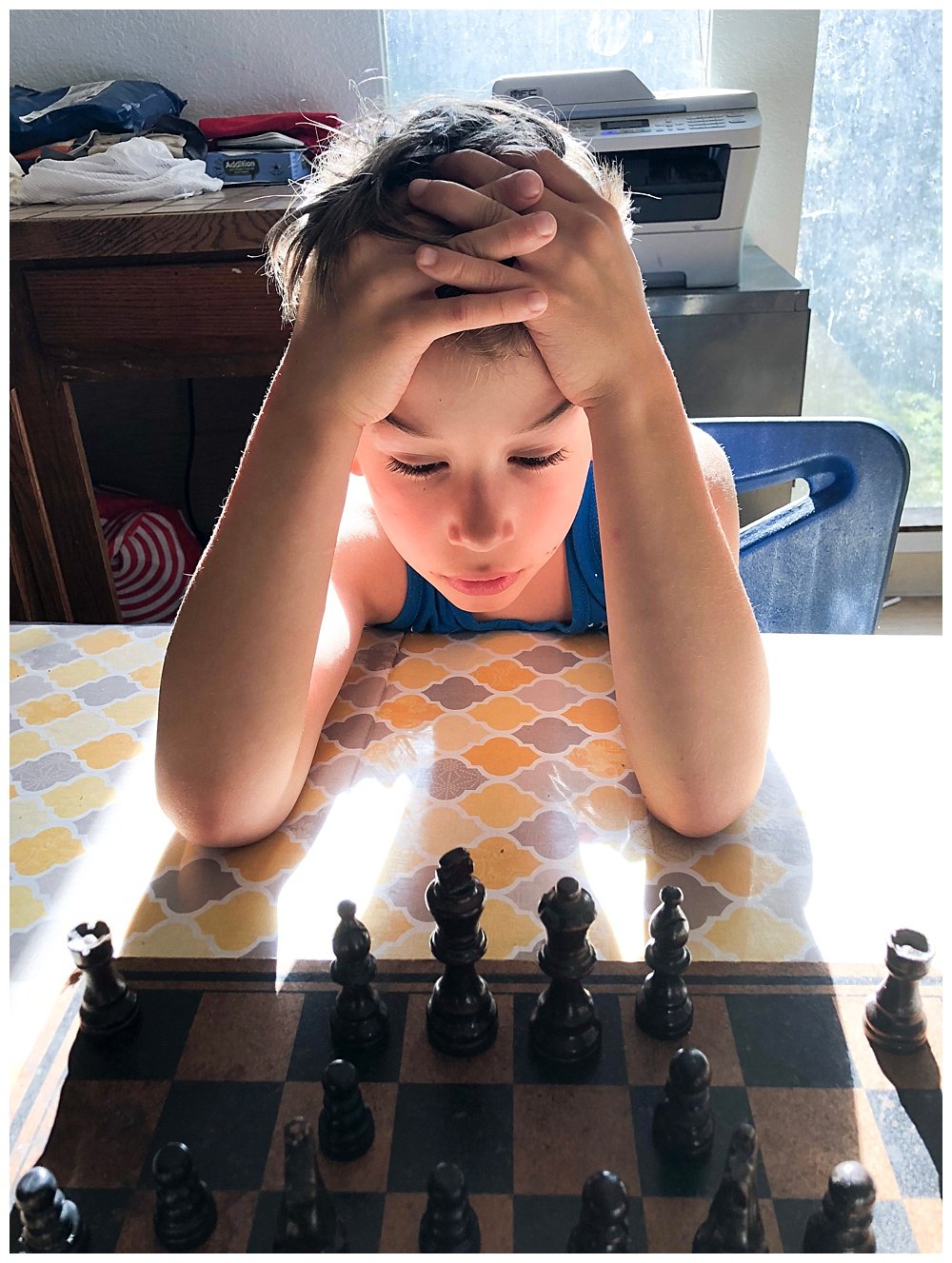 But I digress. Games used to be fun. Now, laying on the couch and napping sounds fun. Reading a book, alone, with coffee, sounds downright exhilarating.

So, when a certain eight-year-old cons me into reading a chapter of Harry Potter before I’ve had the chance to properly wake up (ie, finish my cup of coffee) and so I read in bed with said coffee (while said eight-year-old insists on sharing my coffee) you think have done your Good Mom-ing for the day. 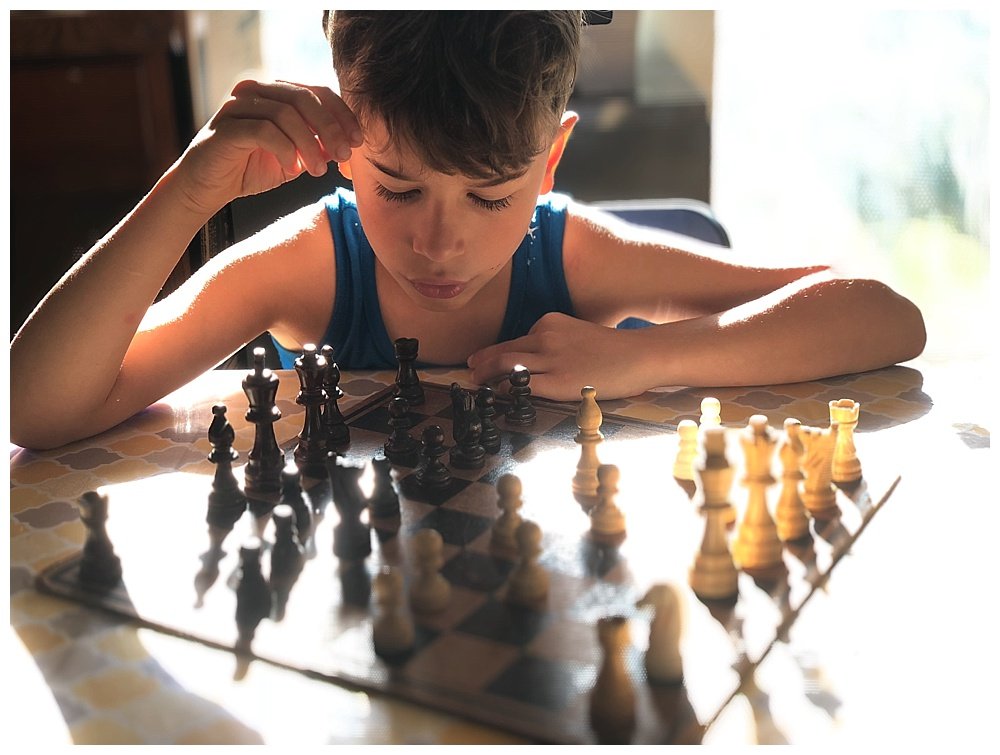 Next up, that eight-year-old, with brown eyes you just can’t resist, asks you to play chess, doesn’t bother to wait for your answer, and sets up the board, and offers to let you be white. What can you do but say, “Okay, but I’m only playing one game”.

I don’t like chess because you have to think too hard. Eyeing each piece, imagining moves and counter moves, thinking three steps ahead..which, incidentally, is very similar to raising a large family. 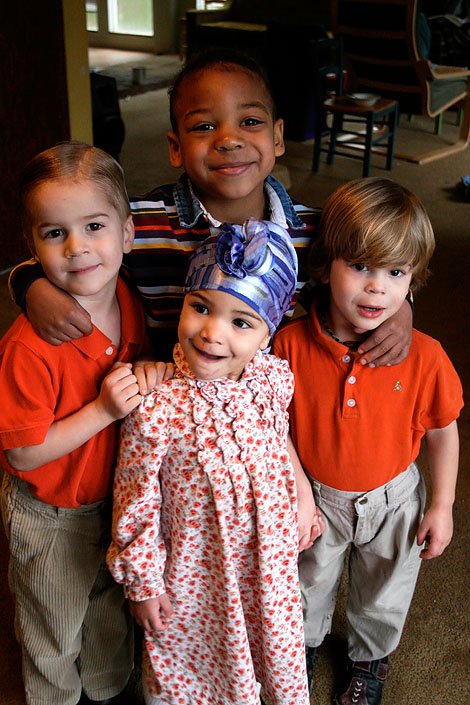 I am sure that when our kids were young (ten under ten) and we showed up at church (the kids in matching outfits) and took up a full pew (and eventually a full pew and part of the pew ahead of us) it probably looked like we sat down in some random order. But no, my friends, each child was placed next to the sibling (s) he or she was most likely not to pester, bug, make cry, or make laugh. We definitely had to think two or three steps ahead of our little lambs.

Life is hard. Games should be fun.

So, yeah, chess is out for me.

Life According to Avi: The Time the Ambulance Came to Kill Us

Running, Running and Getting Nowhere