Apollo has recently expressed an interest in reading Harry Potter. I know, we’re about 20 years late to the party, but his friends have been talking about it and he wanted to read it. Thus began our search for a (free) copy of the book. Lo and behold, our local libraries didn’t have book one in stock so we requested it. Enoch caught wind of our search and came to me, in all seriousness, and explained to me the “three reasons why you should read Percy Jackson instead of Harry Potter.” 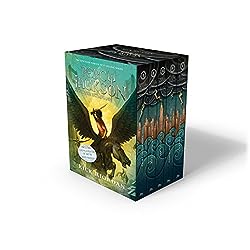 So here it is, straight from Enoch’s mouth, the case of Percy Jackson vs. Harry Potter:

Second, I have all the books so you wouldn’t have to worry about checking them out, or buying them, or an anything else.

“Okay then,” I said. “But you have to convince Apollo”

Enoch broke into a grin, “I already did” he said.

Of course, he did. He’s Enoch.

So that, my friends, is how I have ended up deeply immersed in the lives of Greek gods. A topic, I assure you, I have zero interest in. Yes, I know, Apollo was a Greek god. But my Apollo? He was named for the disciple in New Testament. 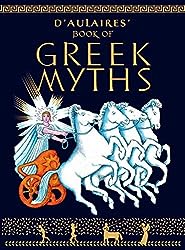 Apollo apparently told one of his teachers at school that we are reading Percy Jackson, so she, naturally sent him home with this book. So now I spend my “free time” reading all about Greek Mythology to Apollo.

Me? Not so much. But that is part of following my kids’ passion. Just send in coffee and alpaca yarn. Looks like I’ll be camped out here with the Greeks and Romans for a while.

It Themed Photo Shoot: They All Float Down Here