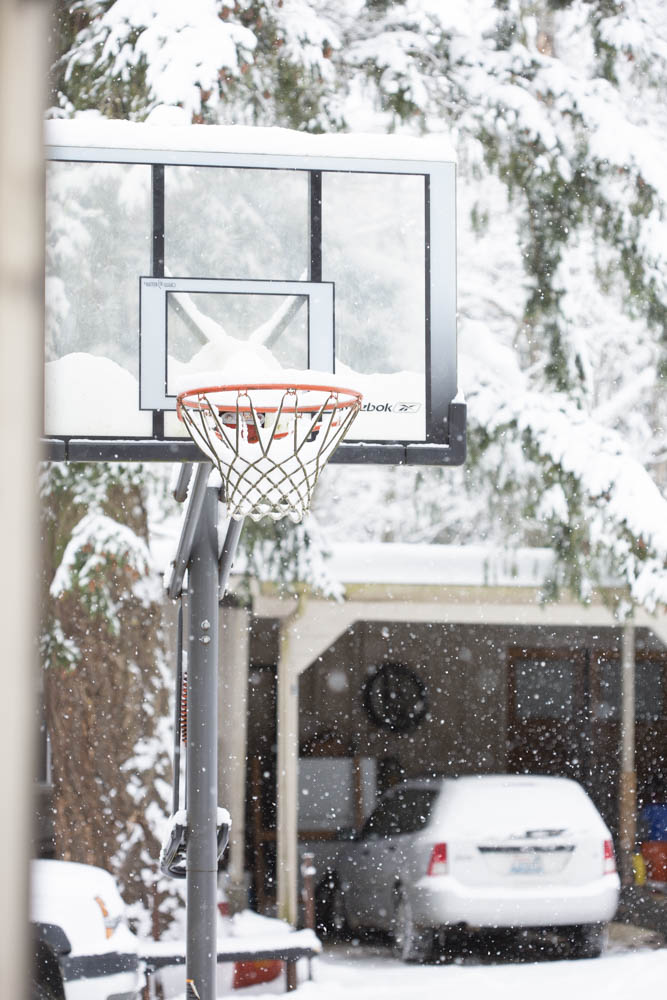 Apollo woke up yesterday morning and immediately pulled open the curtains (and by “curtains” I mean “old towel nailed up over the window”) and exclaimed, “Yay, it’s sunny! Now me and Owen can play outside with sticks!”

Which I thought was totally adorable and so very eight-year-old boy. Forget screens and expensive toys, all a boy (or girl) really needs is some sunshine and a few good sticks.

When I picked up the boys from school at one o’clock (early release) I said, “Hey look, it’s trying to snow!” Because it was trying to snow. Very tiny specks of white were floating down from the sky. They were so small they were hard to see. They just weren’t quite snowflakes.

By the time I left Apollo’s parent-teacher conference (guess what? He’s a voracious reader and way about grade level), it was all out snowing.

By the time Owen’s mom picked him up at 5:30, she couldn’t get out of driveway due to the snow (no worries, Chuck got her out). 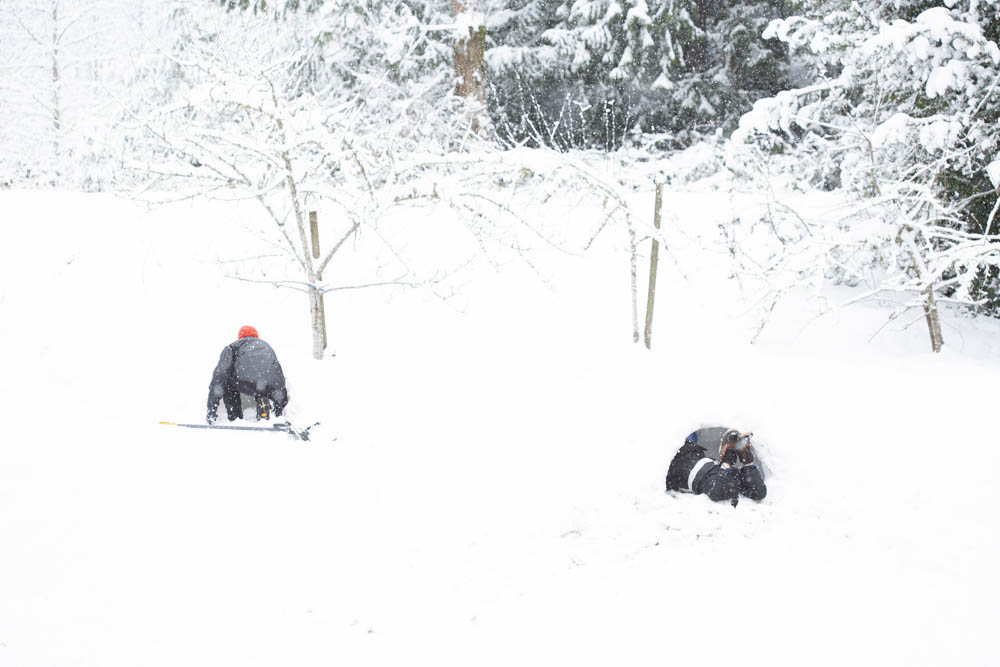 This morning when Apollo pulled back the curtain we were blinded with snowshine. You know, when the snow is so bright it blinds you. Oh, and it was snowing, too. So the buses are on bus routes. Bus Routes means, “We don’t drive up the Bergeron’s road”.

So they either have to be driven down our ice slick half a mile or driver. Thankfully, Chuck was here to drive them.

When March brings snow you have no choice but to carry on like Laura Ingalls in the Long Winter or the Donner Party. You dig in, shed a few tears, and blog. 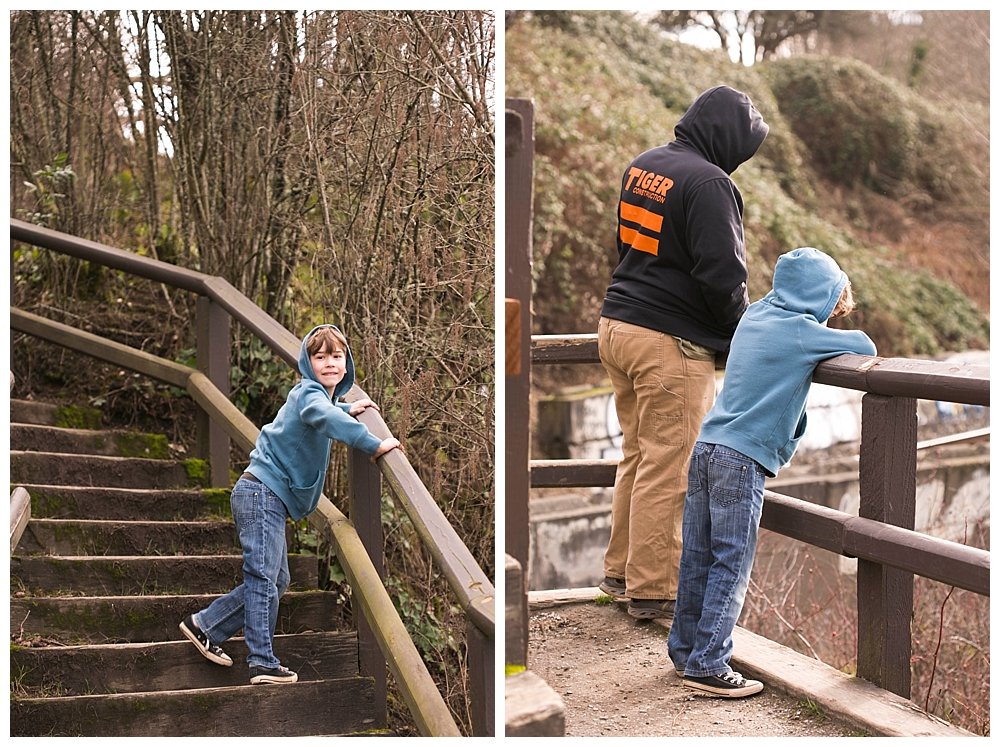 And just to give you a little perspective this photo was taken last March. Notice the hoodie with no coat? Notice the lack of snow? Yeah.

It’s okay. Winter can’t last forever. The sun will return. And with it?

Joy. Energy. And trips to the lake.