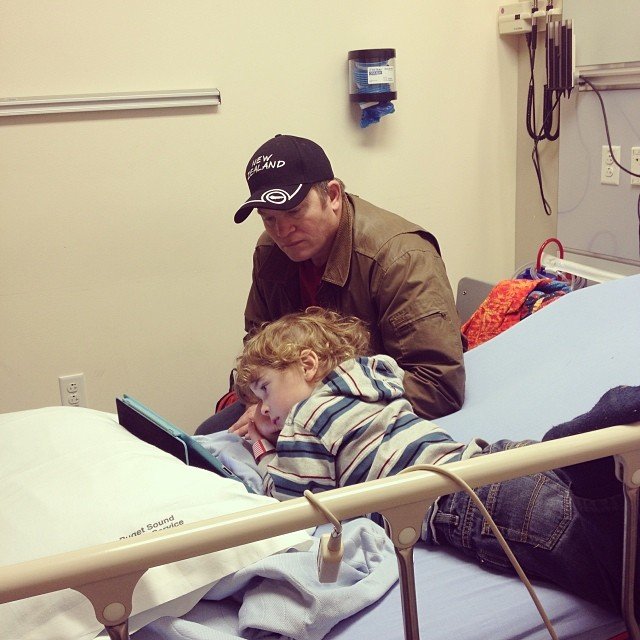 It’s been a rough few days, my friends.

Apollo has been sleeping with Jubilee for the last few weeks. She enjoys it and he is now in the routine of going to bed when the younger kids do. He hasn’t done this since his first heart surgery March 7, 2012. He was always a lousy sleeper, but it was then that his fear of sleep started and we could no longer just “put the kids to bed”.

Anyway, this has been a pretty sweet deal. Except the fact that he gets tube fed “all night” long, which really means that anywhere from four to six am (depending on when we start the pump) I am awakened by his pump alarm going off. This means walking down the hall, into the girls’ room, stopping the pump, flushing his extension, unhooking his extension, and turning off the pump. All without, hopefully, waking him. Or the girls.

But this is a whole lot better than the first three nights home from New Zealand when he was still in mine and Chuck’s bed. That entailed having a pump with a bright LCD screen shining on my face going click-click-click-whrrr-whrr-whrr every fifteen or twenty seconds. All. Night. Long. Yes, much better that he is down the hall with Jubilee who sleeps peacefully through the noise.

Judah, Tilly and Enoch have been up in Canada since Thursday night, attending Missions Fest with my in-laws. This is great, except that I’ve been home with sick kids and no teens to help (Adalia is working) and Chuck has worked the last two Saturdays. This means I have been trying to keep two fires going in our wood stoves (one upstairs and one downstairs) since I didn’t have anyone home with the appropriate Fire Making Skills. And then there was the moment I realized we were completely out of toilet paper. Seriously, not even one lonely square was left in our house. And I had to face the daunting decision between remaining home, paperless, or load up seven kids, drive into town to buy some more.

Then Thursday night Apollo developed a cough and fever. Two things that we can’t ignore because of his complicated health history (including his double aortic arch and previous bout of RSV). I thought for sure I would have to head to the doctor with him on Friday. Much to my surprise, though, he awoke happy and fever-free. He still had a cough but was managing very well. Saturday night, however, his cough came back with a vengeance. He also had a fever of 101. He was in good spirits though, so we put him to bed with Jubilee like (our new) normal. I checked on him several times while Chuck and I watched a movie. I headed to bed first, and when Chuck came, he arrived lugging a coughing, feverish Apollo and his IV pole and pump. He coughed and coughed through the night, jerking, thrashing and mumbling as only a feverish child can do. In the morning his temp was over 102.7 and he was working to breathe. While Chuck and I were getting ready to take him to the ER (it’s Sunday here, so our doctor’s office is closed)  he has several coughing fits where he lost color in his face because he couldn’t catch his breath. 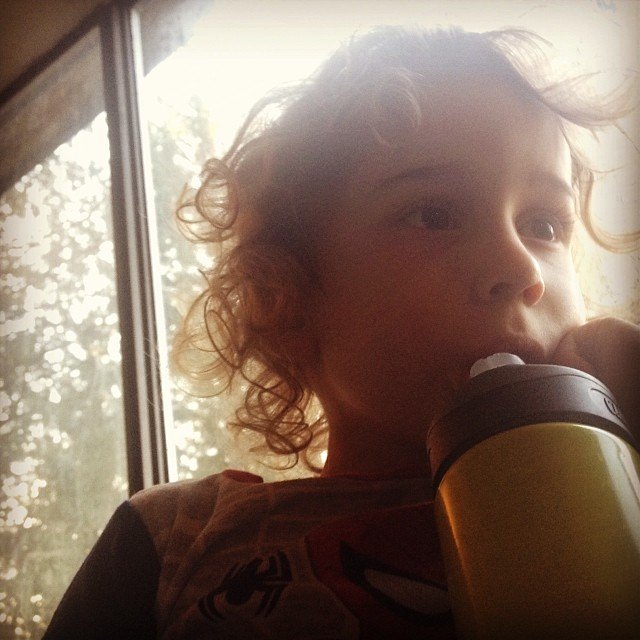 Now, we would never have taken another of our children to the doctor with Apollo’s symptoms, but we have to be very cautious with him. The silver lining, I suppose, to a child like Apollo is he is generally taken right back once the hospital pulls up his chart on their computer. To make a long story short, he was given a chest x-ray checking for pneumonia and tested for RSV and flu (even though he’s had his flu shot, the ER doc said the flu vaccine it is “51% effective” this year). All three, thank God, came out negative. Apollo was given medicine for his fever and steroids to help his breathing and we were sent, uneventfully, home. Just a normal, nasty cold for a boy who rarely does “normal”.

Later this evening, Apollo said to me, “Next time, when I’m at the hospital and no one is hurting me, or doing bad things, I’m going to finish watching the movie” referring to the movie he had been watching in the ER.

And so we’re home. And I am so very, very relieved that he has a very normal (if nasty) cold. Here’s to a better, healthier, more restful week!