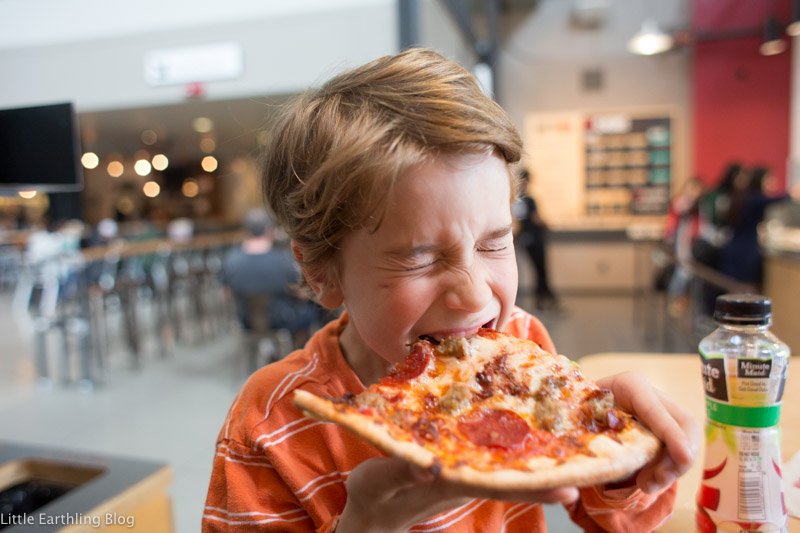 Last week Apollo had two appointments in Seattle, each a day apart. I couldn’t bear the thought of making the 200-mile round trip drive to Seattle twice in three days, so we begged room and board off of our friends, Molly and Eric.

Although we work hard to make Apollo’s trips to the hospital “fun” let’s be realistic…constant appointments, doctors and procedures are a real drag. It reminds me of that scene in Horton Hears a Who where the mayor is about to get a root canal and says, “you know, adding “who” to the beginning of the word doesn’t make it any less painful”. Adding a trip to McDonalds for lunch doesn’t make a trip to the hospital anymore fun. With a day between appointments, I decided we would set out in search of some Seattle Adventures. Just the two of us. 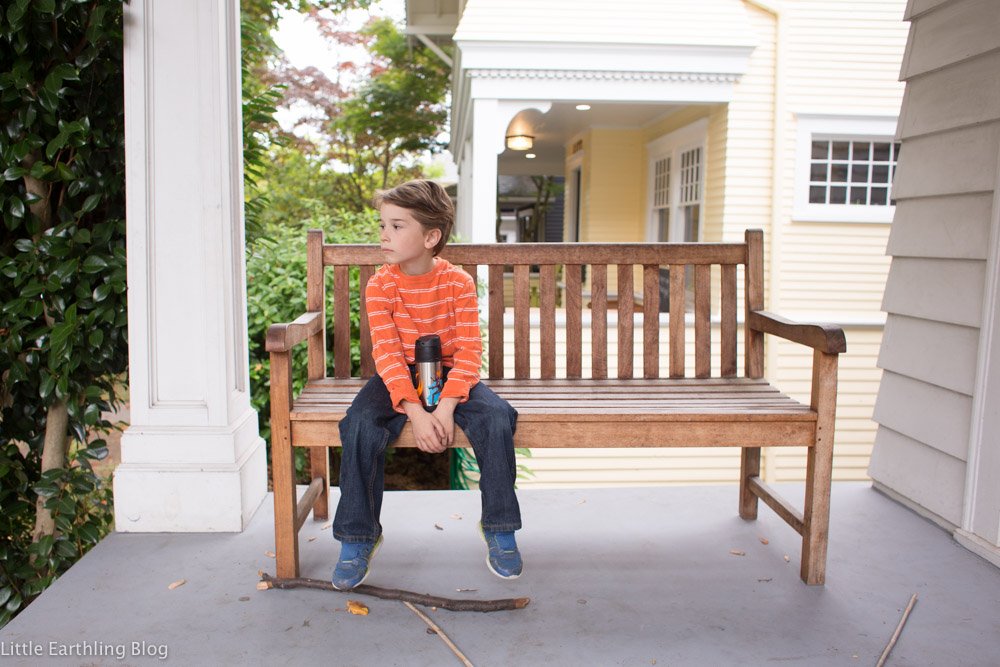 First up was Pike Place Market. 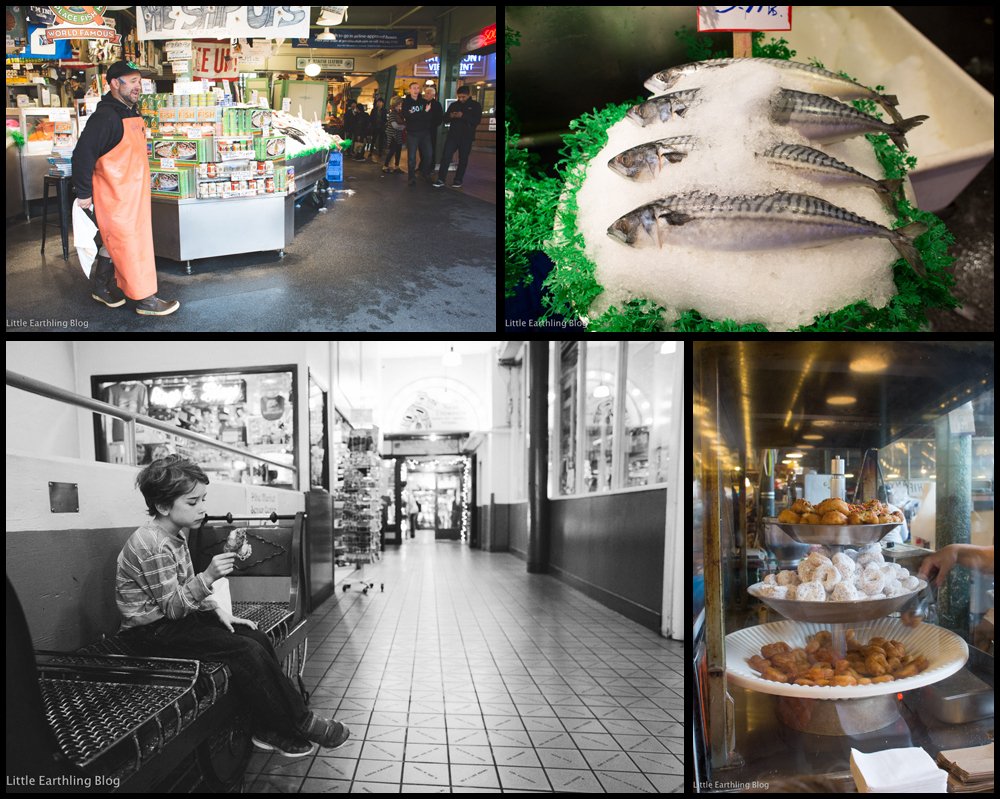 While I’m a huge fan of Pike Place Market, this was Apollo’s first visit. The sights (people everywhere) the smells (lots of dead fish) the sounds (buskers, fish sellers and more) were a bit overwhelming. He enjoyed it overall, though he was done after about 30 minutes. Apollo hadn’t eaten any breakfast at Molly’s and he was hungry. I tried to convince him to eat some fresh, hot donuts.

Nope, wouldn’t even try one. Instead, he led me by the hand and showed me a display of fried chicken. $4 later he settled down for a filling breakfast of a hot, juicy drumstick. 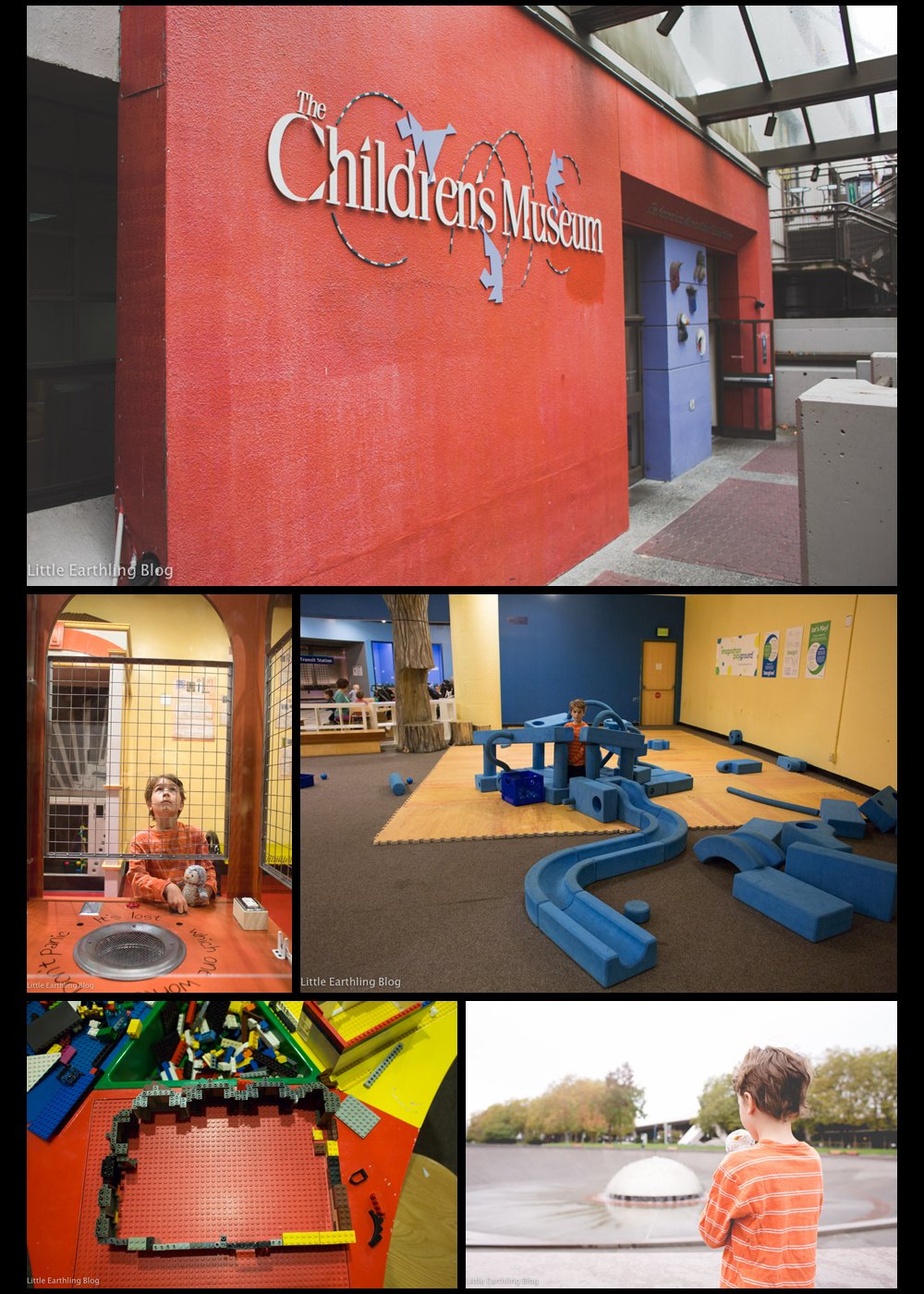 Next up on our Seattle Adventures list was a trip to the Children’s Museum. Apollo has been here a few times and was looking forward to playing there again. He spent a long time building a house out of the blue foam…after that, he wanted to build with LEGO. Of course, because apparently, he doesn’t get enough LEGO playtime at home. Just about the time, he finished his bat cave, he realized Waddles the penguin was missing.

Waddles. His friend and companion. The animal he chose to accompany him to his hospital visits. This was not good. We retraced our steps a dozen times. We checked the lost and found…Waddles was nowhere to be seen.

This was not good.

It also was not good when an alarm went off and a voice repeated endlessly: Attention, an emergency has been reported. Please find the nearest exit and evacuate the building. 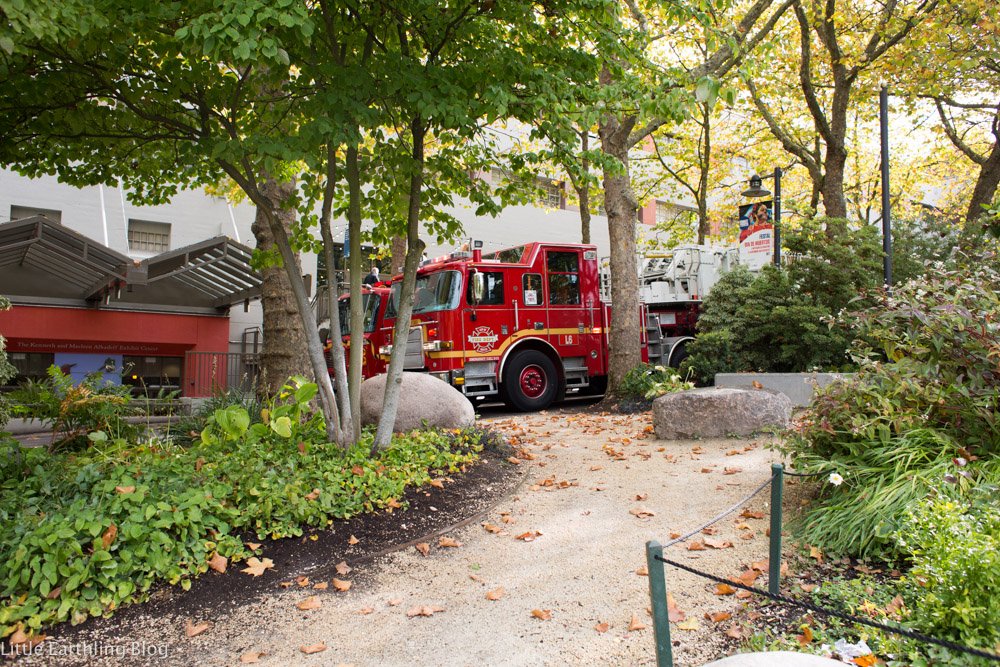 Help, Waddles is Still in the Building!

Yep, they evacuated the entire building…I would have left then and there except Waddles was missing.

After waiting about 15 minutes and watching the fire trucks pull up to the building, we were let back in. Waddles was still nowhere to be found. Finally, just as I was ready to drop the bombshell that we would be leaving without Waddles, I asked a couple of people if they had seen a stuffed penguin.

“Yes, about this big. It is gray and white.”

We followed the Penguin Whisperer as he led us out into the hall, reached into a play bus (that Apollo had not played in), and pulled out Waddles. It was a like Christmas in October. 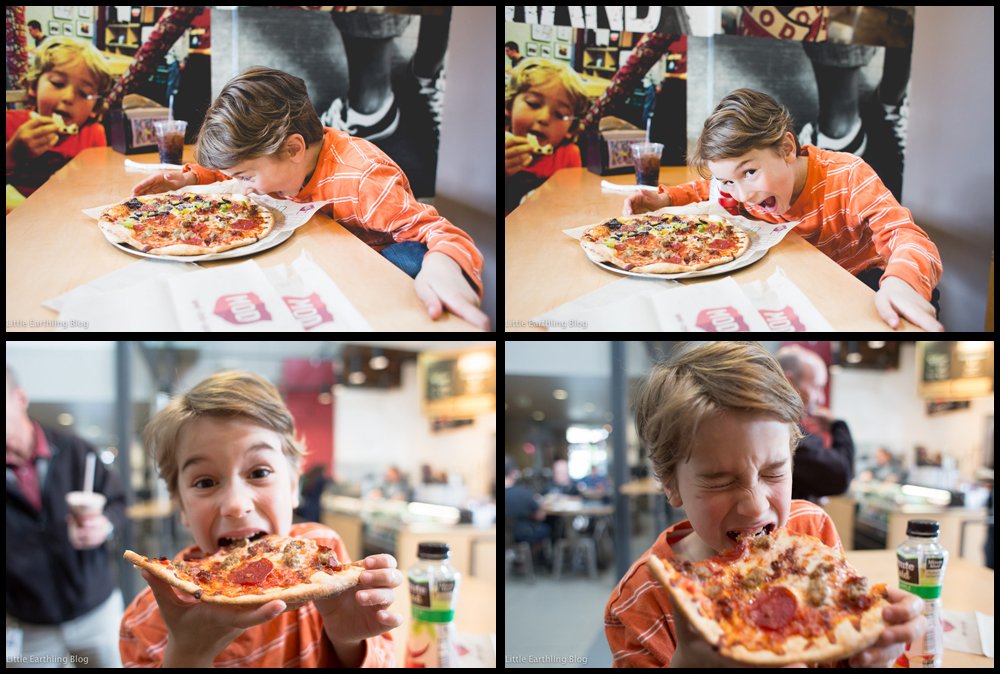 Next up was lunch at Mod Pizza. Apollo loved it! The top two photos? His pose. The bottom two? Not posed at all…just him enjoying a huge slice of pizza. 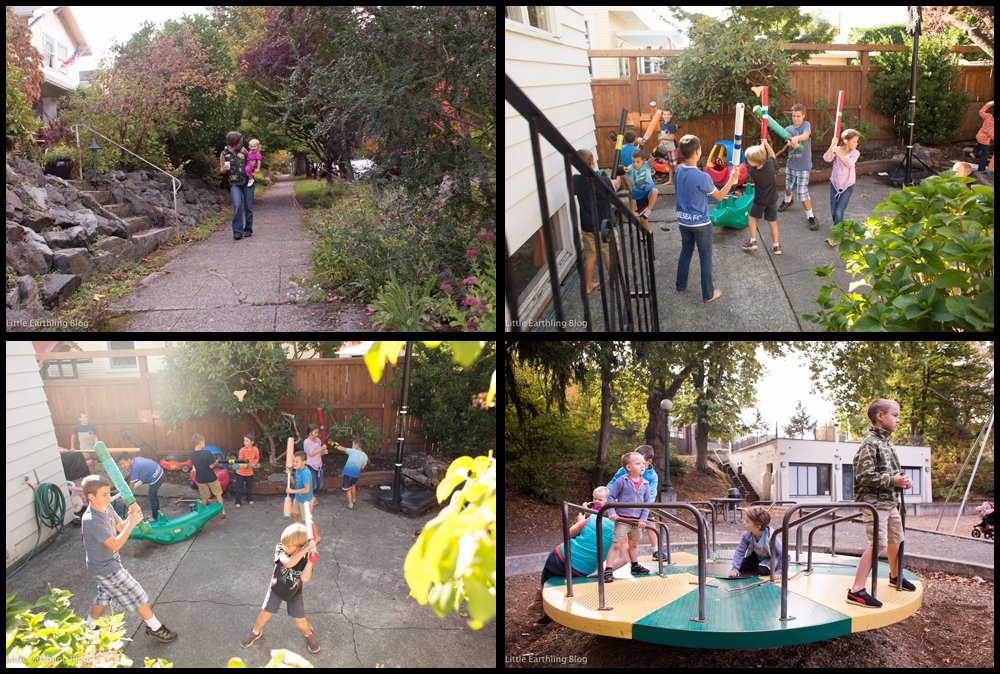 Finally, we were all adventured out and headed back to home base. Molly was hosting a homeschool class and we came just in time for Apollo to join the kids in a vicious battle with foam swords. He was thrilled. 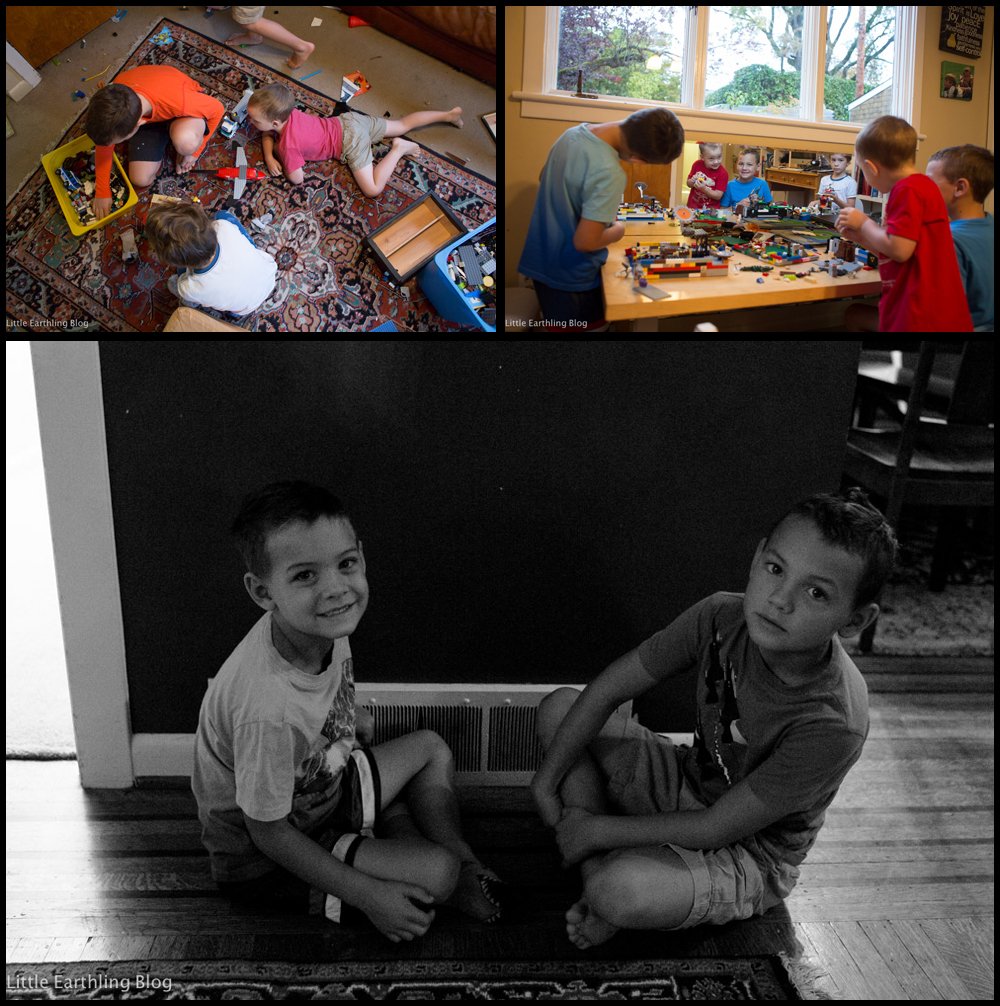 The first morning at Molly’s I woke up and spotted these two cuties sitting next to a heater vent, trying to lure Apollo over with the promise of warm air. I asked if they did this every morning…the answer?

“Usually we wait here until my dad gets up and makes us coffee.” 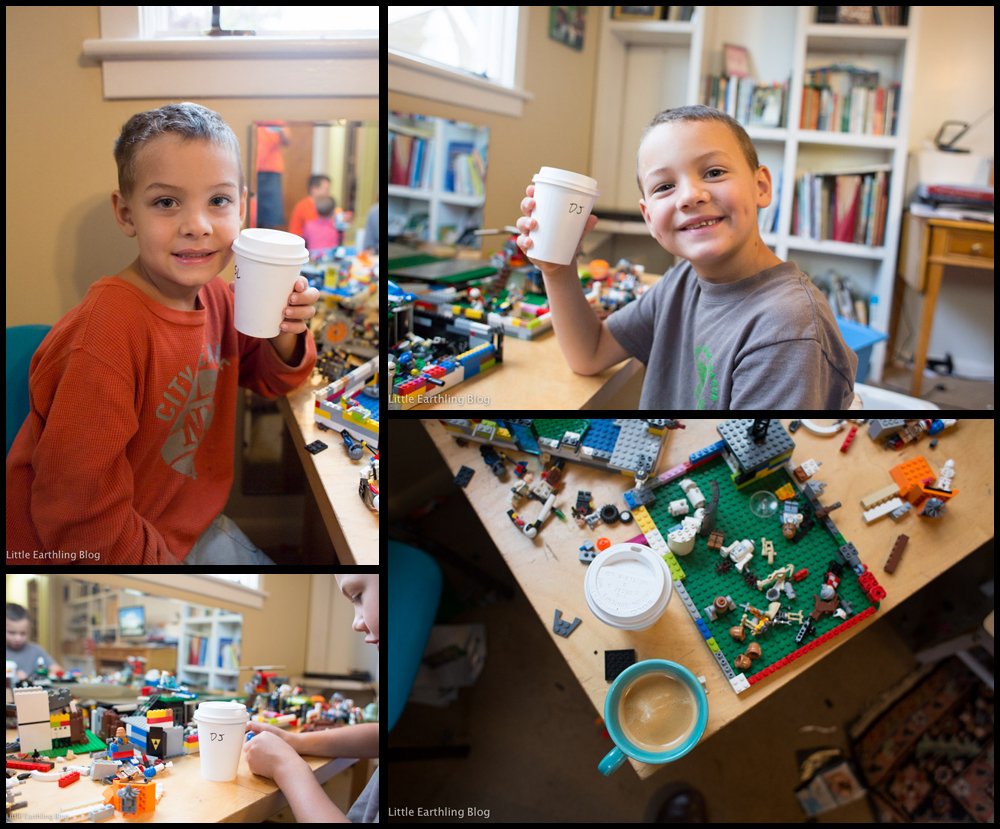 Yep. This is why we love Molly and her family so much.

Our families were made for each other.