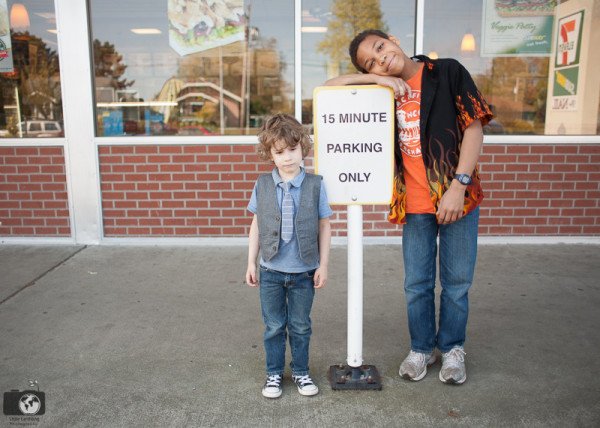 Yesterday was a red-letter day for Mordecai. We visited a Subway for lunch. Or breakfast, depending on your perspective. On our way home from Mordecai’s recent visit to an orthopedic surgeon he asked, “Mom, have you ever been to a Subway?”

It turns out Mordecai has never been to a Subway, but heard kids talk about it. I decided then and there that I would make time to take him to Subway in the near future. It was a small desire, but one within my ability to grant. Those small moments in our children’s lives are often the big moments to them. 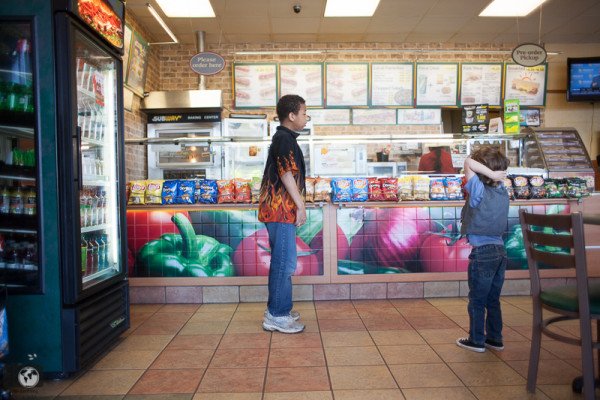 Mordecai has been anticipating this return visit to Seattle Children’s Hospital for another reason. He was also going to get to visit the hospital gift shop (something he also noticed on our recent visit). He was armed with anticipation and his wallet. It was to be a great day.

Our journey started when we left the house at 10 am. Knowing we were going to stop at Subway for lunch, I packed water bottles but no snacks. We had a few errands to run. We dropped Enoch off at work, we got gas in the van then headed to pick up this sweet 28 mm lens I am borrowing from a friend. It was now 10:45 and we still hadn’t managed to leave Bellingham yet.

“Mom, I feel like I’m going to throw up”

A quick glance in the review mirror at a pale-looking Mordecai has me hustling for a vomit receptacle. A paper bag would have to do.

“If you need to thow up, do it in the bag. But try not to! Did you eat anything for breakfast this morning?”

Just then we were approaching a Subway. Initially I had planned to get lunch further south, maybe even all the way in Seattle. It was early, but I knew a child who had no breakfast and was feeling sick was in no shape to drive 100 miles south on an empty stomach. 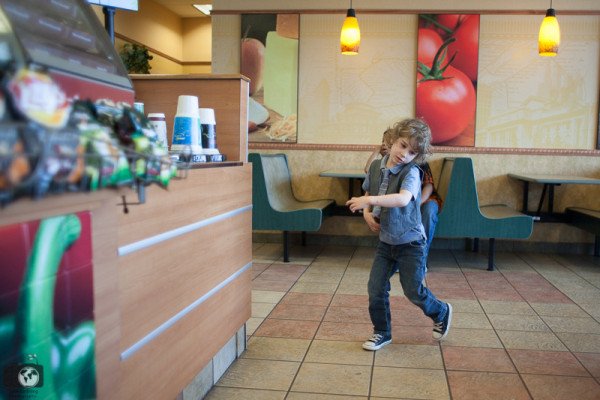 On the bright side, we were the only customers in Subway. The boys were excited and confused and overwhelmed by the 352 choices to be made….bread, meat, cheese, veggies, sauce, chips. Somehow we made it vomit and tear free.

Back in the van, I tried to make the best of it.

“Well, it’s almost eleven and we haven’t even left Bellingham…But we dropped off Enoch at work and we got gas; that was important. We picked up the lens which I really wanted to try out today. And we bought lunch which we needed to do, since Mordecai hasn’t eaten anything today” I said with a smile.

Until Mordecai said, “Yeah, all I had was a bagel before we left the house.”

At last we were finally on our way south. 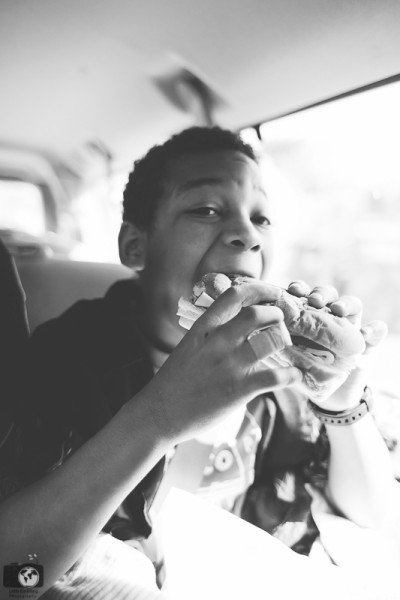 The visit with the orthopedic surgeon literally took less than five minutes. He looked at his finger, looked at his toes, asked if we had any questions, smiled and left. 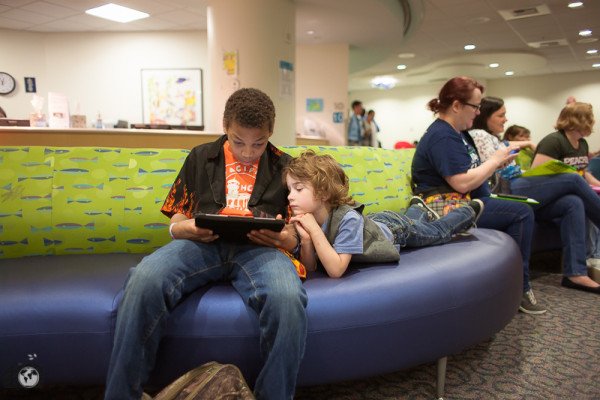 Next up was the gift shop. We generally try to avoid any type of gift shop, but Mordecai had spotted it on our last visit and we planned that into our day. There he was faced with the excruciating choice. Should he buy Louie the Lion or Bananas the Monkey? It was a really, really tough decision and he waffled several times. Finally, he chose Louie and we were free to head to our appointment at the Children’s Autism Center where he was being evaluated to see if he falls on the spectrum.

Chuck (who made appointment)  was told on the phone this visit would last half an hour. It didn’t. It was over an hour long, which made for a very long day for both boys. And then we hit Seattle traffic heading home.

The day was much longer than anticipated or planned for. It had now been five hours since we had eaten and I had no food in the van. So, we stopped at a random McDonald’s on the way home. Apollo had fallen asleep so I was faced with the big debate: go through the drive thru and have him sleep, but wake up at some point needing to pee? Or wake him up and risk the Wrath of Apollo and go inside to pee and get food? Thankfully, the choice was taken out of my hands when Mordecai woke him up.

In we went, Mordecai with Louie the Lion and Apollo with Waddles the Penguin. We got our food (and a cup of coffee for me) and headed back to the freeway and traffic. The boys ate happily, we listened to audio books and drove and drove and drove some more.

Just as we pulled off the freeway, into Bellingham, Mordecai realized he had left Louie the Lion in the McDonald’s. Louie, who he spent all of his money on, just hours before was now sitting in a McDonald’s, abandoned. Mordecai covered his head with his blanket and sobbed all the way home.

“Are we ever going to go back there?” he asked.

The rest of the drive home, I pondered my options. I thought about posting on Facebook to see if anyone lived nearby and could rescue Louie…then I realized I wasn’t even sure where that particular McDonald’s was located. I could “teach him a lesson” and help him “learn to be responsible” by doing nothing. But his heart was torn up over the whole situation. He knew he made a careless mistake. He was suffering as a result. He didn’t need me to remind him. Apollo clung to Waddles and looked at his big brother with wide eyes.

When we arrived home Mordecai ran down to his room to cry.  I found Louie on Amazon and ordered him for Mordecai. Sometimes, as a mom, you need to just follow your heart. I knew, deep down, the “lesson” to be learned was about compassion and caring. Not about responsiblity.

I called him over to me, told him I ordered Louie and intended to asked him not to be upset if the Louie that arrived in the mail was slightly different from the one he purchased (since I didn’t have the original to compare it to). Before he let me finish, he said, “I know, you wasted money buying me a new Louie”.

“No, Mordecai, I didn’t ‘waste money’. I bought Louie because I love you and I know how important it is to you.”

Because today, that is the lesson I want him to learn. That he is worth $10.48 to me. That I know he is hurting. That I care. 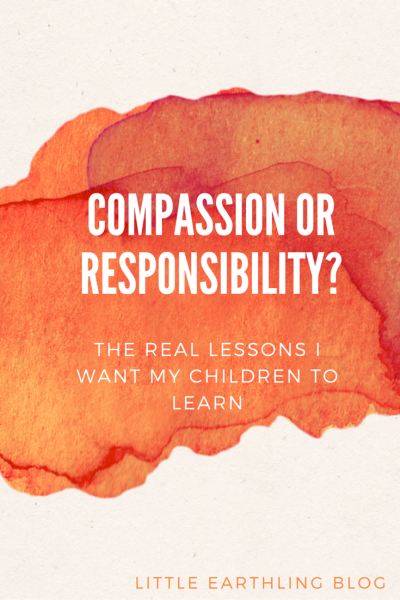