The Toddler Who Won’t Sleep {the Sleep Specialists and Melatonin}

The Toddler Who Won’t Sleep: Is Melatonin Safe for Toddlers? 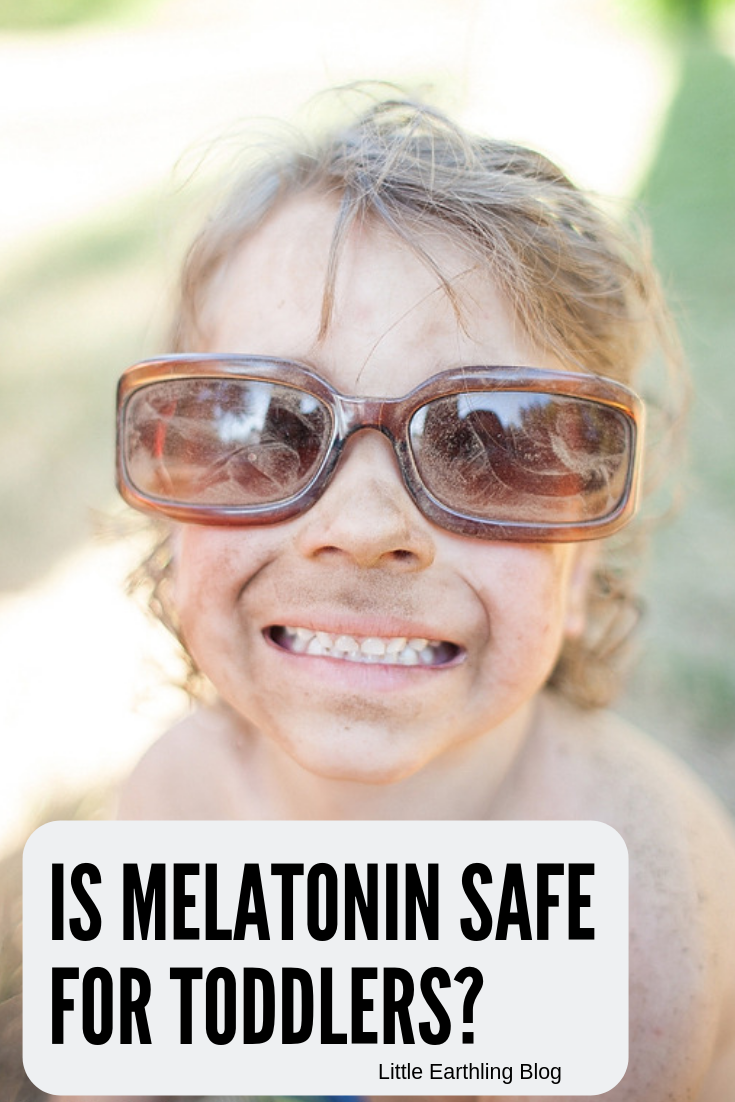 Monday was our big day at the sleep specialist. I was a bit worried…I wondered how exactly they separated sleep issues from a child who just doesn’t sleep…

Our appointment began with a long questionnaire about Apollo’s past and current sleep habits. They were very, very detailed. Before I was even finished we were called back. The nurse took Apollo’s vitals and asked more questions. 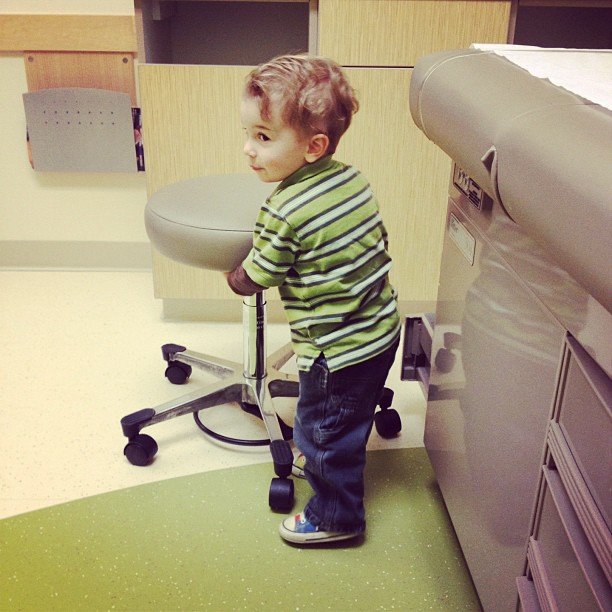 I was so very impressed with the Dr. M. He knew Apollo’s entire history. He had read the report from the bronchoscopy and double aortic arch division. This may seem minor, but believe me, I’ve run into plenty of doctors who barely knew if Apollo was a male or female…much less his history. I made a point to let him know I appreciated the fact that he had done his homework and knew all about Apollo. “No problem,” he said. “I talked to Dr. R on the phone about Apollo several times“. Thank God for doctors who care and see Apollo as a real little person with valid emotions and fears. Not just a “toddler who won’t remember anyway”. As if his trauma doesn’t matter. He may be too young to remember, but he’s not too young to experience real terror.

Most of the appointment was spent talking about Apollo. How he slept before the surgery and how he sleeps now. Dr. R (the pulmonologist) wrote in Apollo’s records that he’s suffering from post-anesthesia stress disorder. This doctor agreed.

Basically, it came down to giving Apollo drugs to help him sleep. Believe me, never in my life did I envision a time when I would give my child (a toddler no less) a drug to help him sleep. I’m pretty vigilant about healthy foods for my little ones and avoiding unnecessary medication, etc. But, we’ve given the naturopathic methods (valerian, essential oils) several weeks to work with no change.

The idea is this: Apollo has never developed a normal sleep pattern. As a tiny baby, he would often only sleep 5-10 minutes out of 4 hours or more! He would go from sleeping to just popping his eyes open and being wide awake. No in between. Every week or two, Apollo will wake up in the night and be wide awake for one, two or three hours…Initially, of course, he had undetected health reasons for not sleeping (reflux, a heart defect which made it difficult to breathe). Now, those reasons have been removed and he’s still not sleeping. In part because we’ve now added trauma to the mix. The hope is to “help” him sleep with some medication as a short-term effort, hoping that his body will then take over and begin to regulate his sleep.

Step one: melatonin. You probably all know this is a hormone our body produces naturally…some people just need a little boost. The doctor only gave this a 5-10% chance in working with Apollo because he goes to sleep and wakes up in the same 2-hour window. But he felt like it was a low-risk option to try. We will be giving 22-month-old Apollo 1 mg of melatonin 30 minutes before bedtime.

Step two: a prescription for a medicine for anxiety which should help with sleep.

Step three: he suggested an antihistamine which stimulates the appetite to help him know he’s hungry and hopefully eat more.

When the doctor examined Apollo he said (and this is almost a direct quote because I always take notes during and after his visits), “Funny…with as noticeable as the constriction [of breathing] is on my basic exam, I’m surprised that Dr. M missed the vascular ring  in the bronchoscopy”. There are no words… 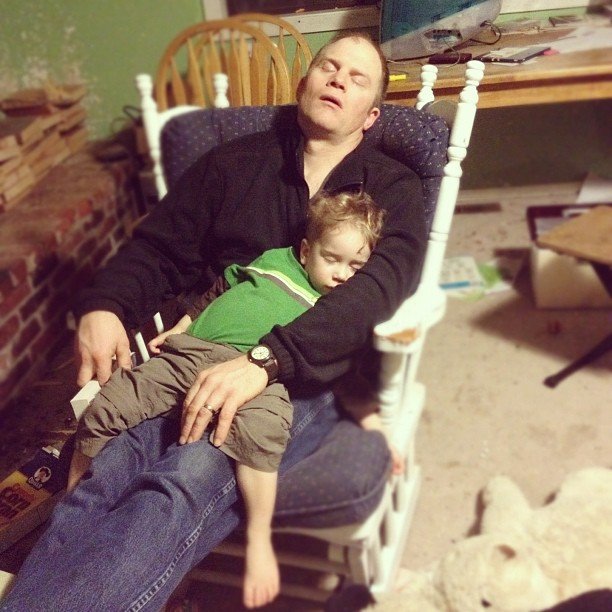 Still Choking and Struggling to Eat

Later that afternoon, after the appointment, Apollo began choking on a french fry. This was not the coughing, sputtering choking that you’d expect in a toddler, but he was sucking in air and breathing around the french fry. It was taking all of his effort to breathe both in and out with a loud, audible wheeze and hunching and heaving of his shoulders. The skin around his lips and mouth had turned white. Since he was moving some air (unlike the incident in December where we called 911) I decided to just try to help him relax. I picked him up, held him against me and talked to him. “I know you’re choking…you’ve got food stuck in your throat and you just need to relax…it’s okay…” and I prayed. After several minutes, the food passed and he began to breathe normally.

When I related this to our doctor, he pointed out that the food couldn’t have been caught in his airway, though that’s what it sounded and looked like, since it resolved by going down not coming up. The same with the incident in December…he said he doesn’t know what would cause choking like that, but he thinks perhaps it is a “communication” problem. Something is going funky between his brain and throat. He believes this is a different type of choking than his regular mealtime choking. I, of course, need to bring this all up at his feeding evaluation April 10.

{As it turns out, the french fry was stuck in his esophagus and was pushing into a soft spot in his trachea.} 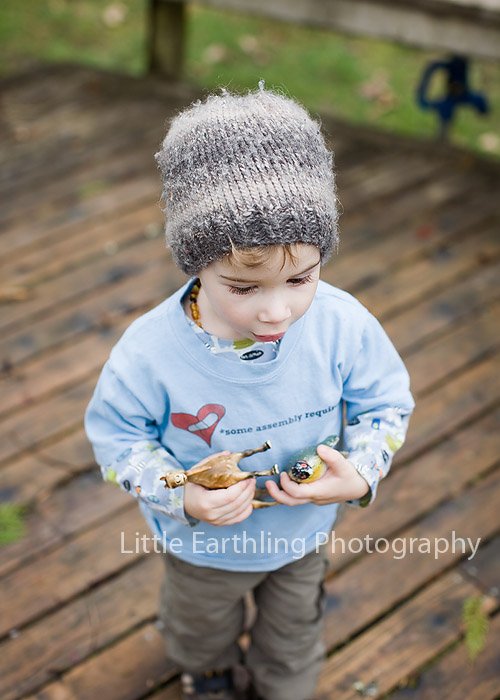 As far as sleep, Tuesday I gave Apollo one dose of the antihistamine to increase appetite and then gave him melatonin about 30 minutes before bedtime. I put the other kids to bed and Apollo fell asleep after only five minutes of rocking! He was asleep by 9:00 and slept until past  4 AM! I awoke several times in the night and checked on him…I was so thrilled. Just using the melatonin would be the best case scenario.

Yesterday, I decided to skip the anti-histamine so I could be sure it was the melatonin that was making him sleep…so he just got the melatonin before bed. And he was up every two hours, tossing and turning, talking, crying…back to his normal sleep habits.

You can bet today I’m back to giving him both to see if that makes a difference.

{Please, please don’t leave a comment telling me how awful I am for considering drugs to help my son sleep…if you know anything of Apollo and his history, you know he is a very unique case. This is all done under the direction of numerous doctors. Thank you.}

Update: The medication given to Apollo for his anxiety ended up relaxing him so much his airway was collapsing. That led to him being rehospitalized and we ended up finding the cause of his persistent feeding issues. It is perfectly obvious now that the choking was caused by a diverticulum (an aneurysm) that was pushing on his airway. Less than two months after writing this post, Apollo would have a g-tube placed and seven months later have his double aortic arch division redone.

Bedtime Routine for Kids with Anxiety

This weighted blanket has made a huge difference in Apollo’s sleep! (affiliate link)