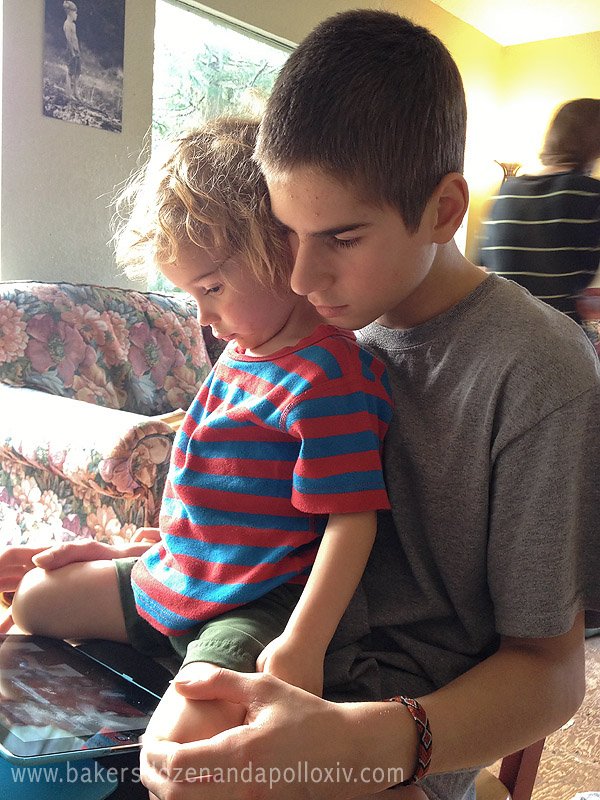 Enoch and Apollo watching a Spaghetti Eddie video on YouTube.

We were introduced to Spaghetti Eddie by three-year old Davis whom we met in the Texas Children’s Hospital playroom. Davis was recovering from heart surgery too and was a huge Spaghetti Eddie fan. He kindly gave a CD to Apollo. I am not a fan of so-called “Children’s Music” but I do really like Spaghetti Eddie. 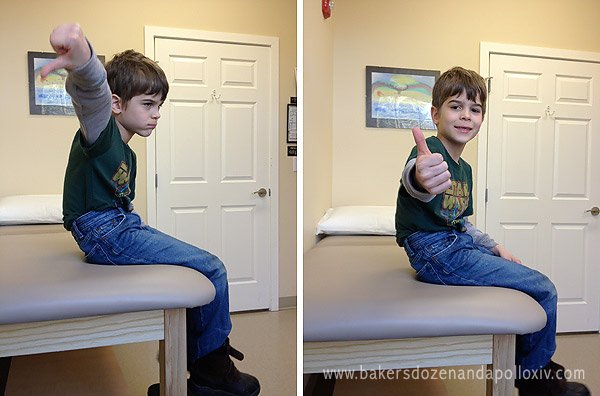 Friday was a wee bit crazy over here. My friend Julie was going to be induced at 7:40 am and I was photographing her birth…usually I love inductions for birth clients- it makes it a whole lot easier to make plans- except when an induction is scheduled for 7:40 and the OB/GYN appointment I’ve been waiting for nearly two months for is scheduled for 9:10 and is all the way across town….As it turns out, Julie was bumped by a busy night in the hospital. I arrived at my appointment at exactly 9 am, something the office required since it was my first visit, only to be told I was at the wrong office- I was supposed to be across town at the other OB/GYN practice. Oops.

In my defense, I’ve only been to an OB/GYN once and that was ten days after Apollo’s birth for a follow-up after my c-section, so I went to that office. I made a quick phone call to Adalia and begged her to call the proper office and let them know I was on my way ( I didn’t have the number). She’s a dear, she made the call, and due to the miracle of no traffic and all green lights, I made it to the correct office by 9:10.

I’m pretty sure my blood pressure was elevated from the mad dash. Thankfully, it returned to normal during the ten minute wait to see the doctor. After 36 years of faithful service and nine completely uncomplicated pregnancies (and one complicated birth), my uterus seems to have gone into overdrive, causing me pain that ranges from annoying to should-I-go-to-the-ER-right-now?

I had an ultrasound in October and was referred by my naturopathic doctor the day before I left for Houston with Apollo. The nearest appointment was 7 1/2 weeks out, and since I was leaving the state the next day I couldn’t exactly be put on a cancellation list. Chuck pointed out that if anything went down, Texas Children’s hospital is connected to the Pavillion for Women and I could just be treated there.

Anyway, I survived, made it to my appointment, at the right office, and was diagnosed with adenomyosis, as confirmed by the ultrasound back in September. Thankfully, not life threatening but unfortunately extremely painful. I am at the moment on progesterone…which just might, you know, make me feel like I’m pregnant all the time. No biggie.

At any rate, I was home from that appointment for about 15 minutes when the school called to say Jubliee was running a fever of 100.0 and had a stomach ache and I needed to pick her up. Off I went to pick her and Tucker up, since they both had well-child visits scheduled for that afternoon. 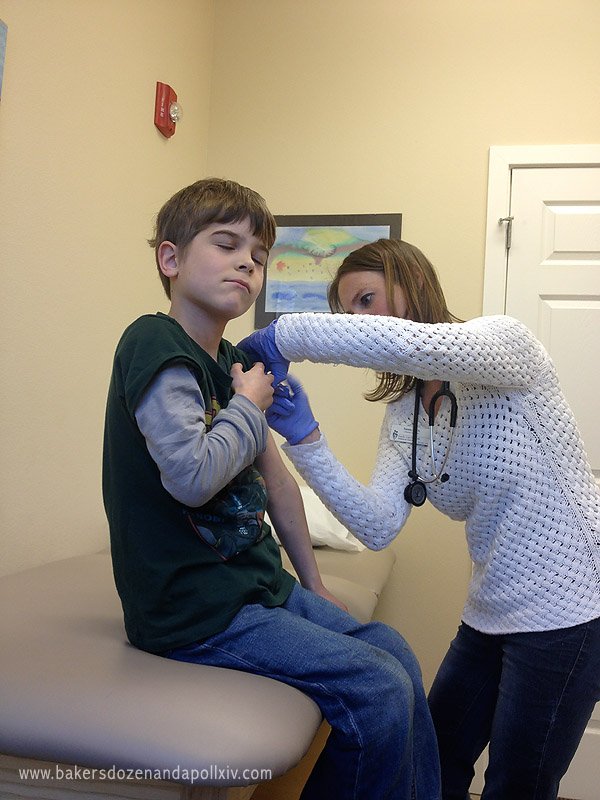 The visit was a breeze. What’s not to love about showing off  two healthy, bright children to your doctor? Jubilee’s “fever” was down to 99.0 by the time we arrived. We all got flu shots (to protect Apollo- he had his back in September). Tucker took his like a man (and Jubliee did fine as well).

{I had cute photos of Jubilee at the doctor’s office, but WordPress told me they couldn’t upload them for “security purposes”. Whatever that means.}

Then I came home and made dinner. Julie was induced the next day, Saturday. I photographed the birth (photos coming soon) and finished just in time for Chuck to pick me up for his company party (which meant I went in my birth-photography-clothes, but hey, I made it).

Today Apollo visits his GI doctor down in Seattle and tomorrow sees his nutritionist here in Bellingham. Wednesday is the kids’ first day of winter break and we are doing our annual cookie decorating and Thursday a Cub Scout Pack Meeting.

What have you got planned this week?