I knew this week was going to be tough, appointment-wise, but didn’t anticipate it being quite this bad. First off, I wasn’t planning on a trip to the ER on Saturday afternoon, which would usher in a cascade of other events making my week all the more difficult. 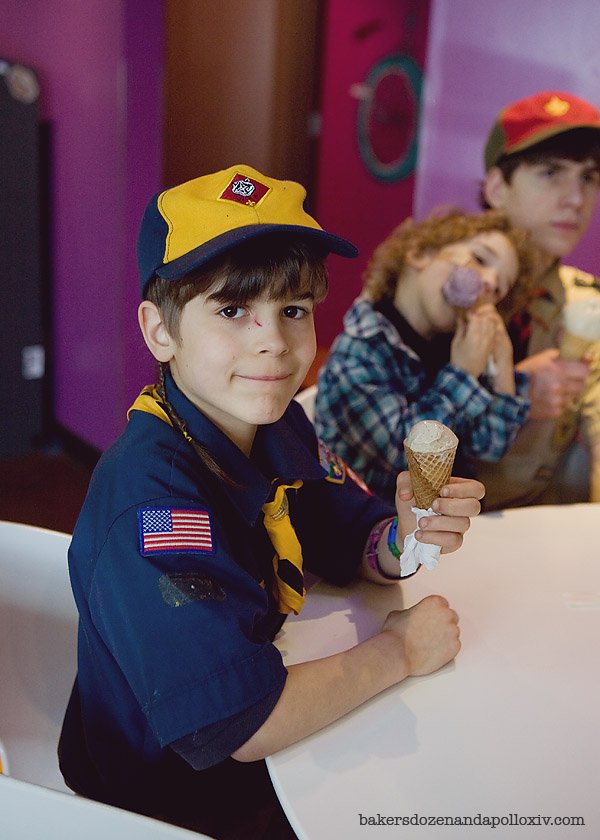 Monday started out with me driving Tilly to her weekly babysitting job in the morning, then taking Tucker to Cub Scouts in the afternoon. That was all cool, except while we were at a local ice cream shop, getting a tour for Scouts, Avi’s school called to tell me I needed to pick her up because they thought her face was infected and she needed to see a doctor. I asked  the school nurse if she could give her an ibuprofen for the swelling. I had sent Avi to school with a  note that morning, explaining what happened and saying that we were treating it with ice, popsicles and ibuprofen. I was told “I’m not allowed give her ibuprofen; we don’t even have any here” which seemed a bit ridiculous, since she had parental permission and part of the school nurse’s job is to, you know, administer medicine. Well, I was half an hour from her school and Tucker was deep in the bowels (bowls?) of the ice cream shop…so I had to wait until he re-emerged with his Scout buddies. 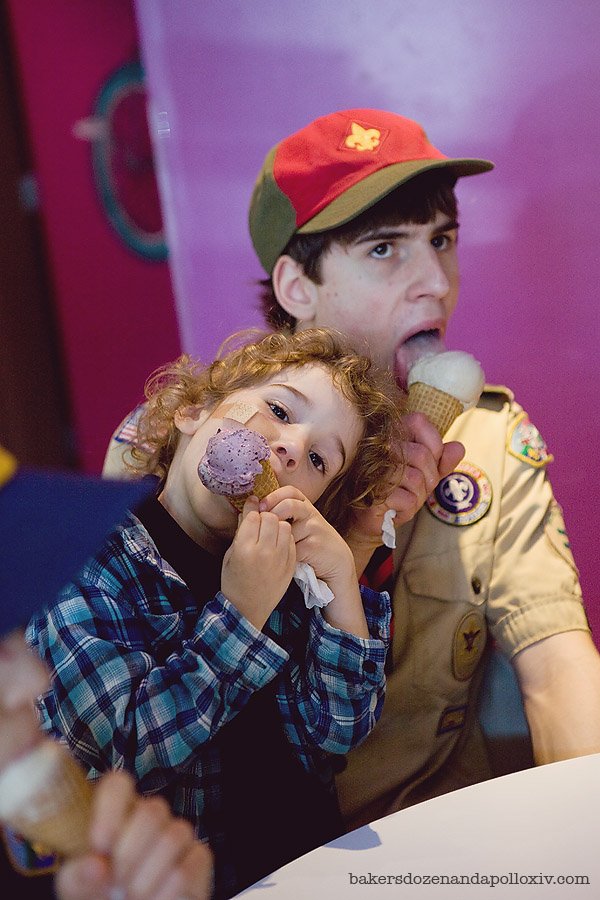 I took Apollo with me hoping he would be enticed to eat some ice cream (high fat!) instead he nibbled on the sides of his cone and called it good.

So we had our ice cream (Tucker’s Scout leader informed me he ordered espresso…apparently the only Scout to pick that particular flavor) and missed the rest of the meeting. We headed straight to the school and picked up Avi, who looked better, in fact, then when I had sent her to school that morning. 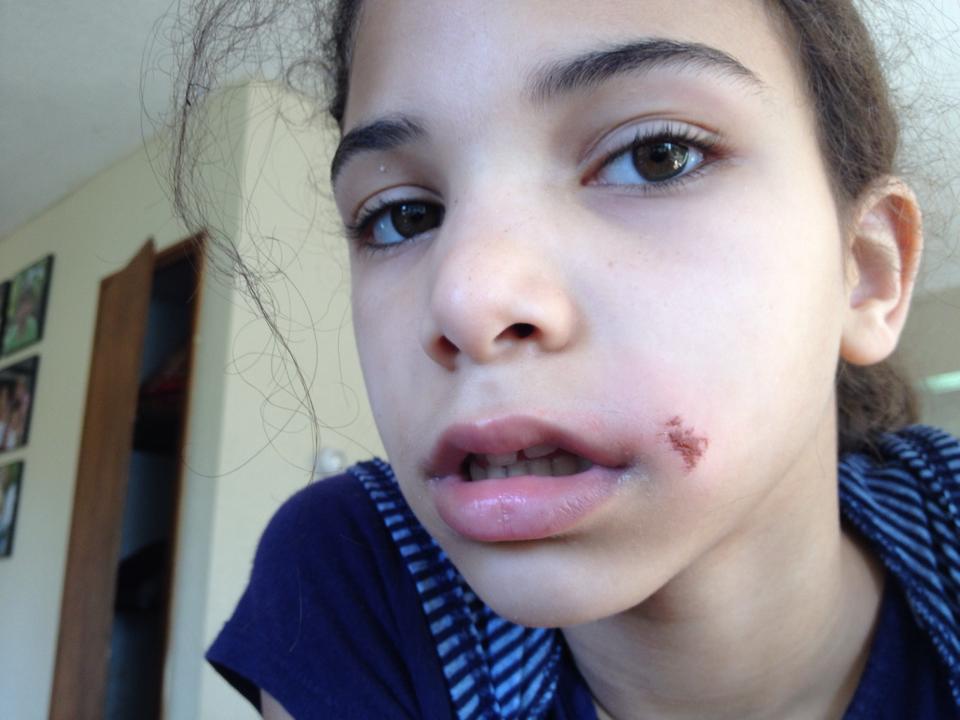 This was taken as soon as I got her home…You can see the swelling and slight redness.

A dose of ibuprofen and she played happily the rest of the afternoon. I felt obligated to call the doctor since the school was so worried. I spoke to the nurse who assured me that there were no signs of infection: she had no fever, no puss, very little redness, which was not warm to the touch. In other words, she had a swollen, scraped face from being hit in the face with a stick. Who knew?

Yesterday was Mom Spot, our church’s moms group. Staying home wasn’t an option, since my daughters all help out with childcare. But yesterday, I had to leave Hezekiah and Apollo home with Enoch because they both had fevers. After Mom Spot, I came home, fixed lunch and then took four (count ‘em four) kids to the doctor for various appointments (two well-child, two to discuss chronic issues). Halfway through the appointment the doctor made eye contact and asked how I was doing. “Me?” I asked. “Fine”.

“I don’t know how you do it.” he said, and continued with the appointment.

I pondered his statement after the appointment, and I suppose my life seems much (worse?) more hectic from the outside than it feels. These are my kids. My family. Taking care of them is what I do. I guess it isn’t every day, however, that our doctor sees four kids from the same family to discuss/treat: failure to thrive, stitches, fever and cough, well-child exam, bed-wetting, and a referral to a psychiatrist (not for me, though the doc was probably willing to refer me too at that point). Not to mention, Adalia has been in on her own several times lately getting everything in order for her immigration to New Zealand, and of course, the call about Avi’s “infected” face. In the end we were in the office for over two hours. By some strange coincidence, Apollo had a fever and cough, so the doc looked him over and listened to his lungs, even though we were there for his weight issues.

Then it was a mad dash home where Judah and Tilly were baking pre-made pizzas so the boys could rush off to Scouts as soon as Chuck got home.

This morning Mordecai had a two-hour appointment beginning at 9 am. I dropped Judah and Tilly off at work, took Mordecai to his appointment, then headed to Lowe’s for paint and then home…for less than an hour before I picked Judah and Tilly up,  took Judah to school, stopped at Costco then took Tilly in to the doctor for a travel-related vaccine. And now I’m home.

Did I mention I’m on-call for a birth? Thankfully, I don’t have to leave home tomorrow until after dinner for Adalia’s bridal shower. And, best of all, BEN!’s fabulous sister, Claire, arrives to spend nearly a month with our family.

So, things are kind of busy around here, only to get more so as the wedding draws near. Did I mention we are in the middle of painting our living room and dining room? Not because now seemed like a good time, but because a little something forced my hand. I won’t go into the details because you’ll probably think of something much more interesting and creative than the real reason. Suffice it to say our living room and dining room are torn apart and look like a construction zone.

Picnic for dinner, anyone?

I am hoping to keep up on blogging, but bear with me. If things are slow on the blog, that probably means things are not slow around here.