of a boy named Apollo;

who was getting very little sleep….

[hum the rest of the Brady Bunch theme song here] 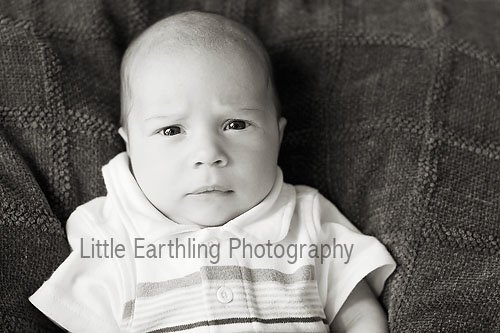 And here's the story;

of his lovely mommy

who walking for hours every day…

If you know me in real life or facebook you've heard about Apollo's lack of sleep…Every day it seemed he slept a little less, until on our very worst day when he woke for the day at 7 AM and only slept two hours between then at 10 PM when I got him down for the night. Two out of fourteen hours. And those two hours were not consecutive. They were 10 and 20 minute bits. He was a wreck and so was I. Clearly something needed to be done.

I entitle this next section:

What I Learned From My First Four Babies

Adalia slept in our bed (as all our babies have) and we loved it. Easy nursing for me and plenty of snuggling time for Chuck. When Adalia was four months old however, I found that I was waking her up at night. So we began to put her to bed in her own crib and once she woke to nurse she would come to our bed for the night. When she was about six months old, she began sleeping through the night with a little encouragement (three nights where she woke, Chuck comforted her and put her back down, and she cried a bit- less than ten minutes). This is a method we  have used in one form or another for all our babies.

When Judah came along, Adalia was 17 months old, in the middle of potty training and high-energy. I was determined to get Judah on a schedule. Using the three hour eat-play-sleep method, he soon slid into a schedule on his own and was sleeping through the night at two months. And I was pregnant again at three months.

When Tilly came along, we lived in one room apartment. Adalia and Judah got the bedroom and Chuck, Tilly and I got the living room. Adalia was 2 1/2, Judah was 12 months and Tilly newborn. Tilly was fed on demand (though that is really too strong a word for a mellow baby like Tilly- she demanded nothing) and slept with us in our bed. In the day she napped in her Pack and Play in the living room. She too slept through the night at around six months with some gentle encouragement.

Enoch came along 17 months after Tilly. We now lived in a luxurious two bedroom duplex. With four children four and under, Enoch would be fed on a schedule. After all, it worked so well with Judah and I needed the rest. So Enoch would wake, nurse, then stay awake for an hour or so. At "nap time" I would change him, rock him and lay him in his crib. And he would cry. And cry. And cry. Often for the entire hour and a half of "nap time". I'm embarrassed to admit that now, and I did go to calm him down periodically, but the fact is he would often not fall asleep until it was time to nurse again. By that time he was so exhausted he would fall asleep nursing. So, we gave up on that and he fed on "demand". In other words, I fed him when he was hungry.

He to began sleeping through the night around 6-8 months as all my babies have (with the exception of Mordecai and Avi who had separate issues).

So what did I learn from my first four babies?

I learned that  they are all different in temperament and needs. Some need to be held more. Some need to be put down to sleep. Some need to sleep with me. We avoided sleep issues by having the baby nap in his/her crib and starting out in the crib at night. Our babies are used to sleeping in their cribs and in our bed.

With ten previous babies, I ought to have this dialed with Apollo, right?

That's what I thought. But the truth is he was sleeping so little that he was fussing during almost all his waking time. I was walking for three hours to get him to sleep for for 15 minutes. I tried putting him down to "cry it out" but he got absolutely hysterical.

Something needed to change.

What changed everything here was the video The Happiest Baby on the Block. I ordered it from the library out of complete desperation. And it changed everything the very first day we started using the new methods. It now takes me 5-10 minutes to get Apollo to sleep. He sleeps from and hour to an hour and a half then wakes to nurse. He only stays awake for an hour or an hour and fifteen minutes, then he's ready to sleep again. And best of all? He's happy and social when he's awake.

If you are pregnant, get this video (that includes you, Sarah 🙂  It's worth the twenty bucks. I've had ten babies- I don't lack in experience, but Apollo is a baby who needed some specific help in getting to sleep, and this video solved the problem.

I am now the Happiest Mom on the Block.

Happier even than Mrs. Brady. And that's just groovy.

That Time I Bought a Puppy for Our Dog