Why I Let My Kids Fail 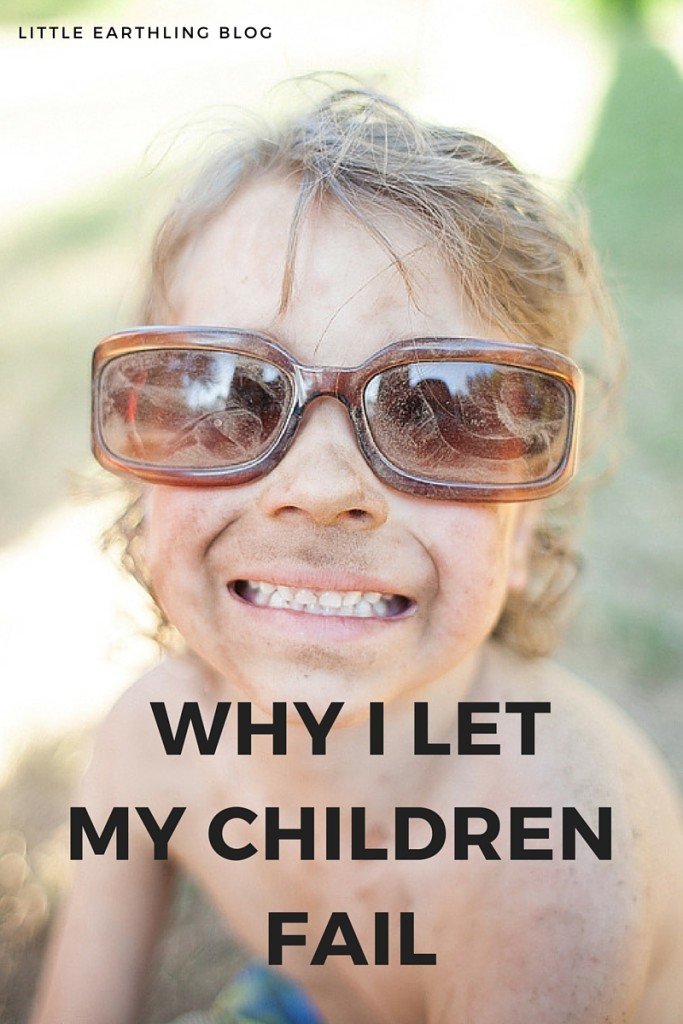 Do you guys remember last year when all of my children got parts in the Missoula Children’s Theater play except for Tucker? It inspired me to write the post, Helping Kids Cope with Disappointment. My mama heart wanted so badly to rush in and “fix” things. I wanted to promise him he could do Missoula in the summer, I wanted to plan something special, just for him, I wanted to make him feel better….but I stopped myself from doing anything drastic and over the top. I hugged him and told him I was sorry and I knew he was disappointed. I held myself back so he could learn the lesson of being disappointed and moving on.

Well auditions for this year’s Missoula Children’s Theater were held on Monday and guess who got a large speaking role? Tucker! What a victory after last year and the summer before when his anxiety got the best of him and he was unable to even complete the week of Missoula. Hezekiah also got a large roll, and Avi a smaller one.

This year Avi is dealing with disappointment in getting a smaller role than she was hoping for. But you know what? She can look back and say, “At least I got a part; last year Tucker didn’t”. And Tucker is able to be compassionate toward Avi and her disappointment, because he knows what it feels like to miss out.

These life lessons, my friends, are so important! I know as moms we want to step in and fix things. We want our children to have happy, magical childhoods. But sometimes things don’t need to be fixed, because nothing is broken. Sometimes we need to let nature take it’s course. And sometimes our children need to fail.

If you don’t believe me, research backs me up on this on:

Why Parents Need to Let Their Children Fail

Why It’s Okay to Let Kids Fail: A Guide to Not Overparenting

It’s not all about failure, either. Sometimes it is about success. Jubilee had been pulling in a steady stream of B pluses and A minuses on her math tests when she asked I wanted her to get all A’s.

(Keep in mind, we are new to school and still learning the ropes as a family)

“Yes. And do you know why? I know you can get A’s you just need to put a little more effort into your work and studying for your tests”.

Shortly after that, swelling with pride, she brought me a perfect math test. I asked her (I was genuinely interested) what the difference was.

“Well, I studied for this one”.

That was all Jubilee. She studied, she worked hard and she succeeded. And you know what? She was proud of herself. Not  proud because she is “smart” but proud because she earned that grade. Working hard and succeeding are so much more valuable to kids than participation awards.

ABC News does a brilliant job of explaining this in their article, Why You Shouldn’t Tell Your Kids They’re Smart. It’s not that telling your kids they are smart is inherently bad, it is just that it often sends there wrong message.

So,  yes, I let my children fail. And I also encourage them to work hard and succeed.

Here are things I won’t do for my children:

I won’t fill out job or college applications for my kids.

I won’t write essays for them (though I am happy to proof them and offer feedback).

I won’t rush in and fix everything.

I won’t put in more effort than they do.

And here are things I will do:

I will encourage them to work harder when needed.

I will encourage them to take a break when needed.

I will help them fight and advocate for them when necessary.

I will offer love and support, no matter the outcome.

When is the last time you let your child fail? Do you fight the urge to step in and fix everything? I’d love to hear your  thoughts!