It began as a Girl Scout trip…the girls earned enough money for a trip to Great Wolf Lodge…It was going to be a relaxing two days with just my Girl Scouts (Adalia, Tilly, Kalina, Jubilee) and Apollo….but then a couple of families had to cancel last minute which left enough open spaces for me to bring all of my children. What a crazy opportunity! Chuck wasn’t able to go because of work, and we decided not to take Avi (she has sensory issues and gets over stimulated very easily- its exactly the type of environment that she hates). So last minute I decided to take an even dozen with me. 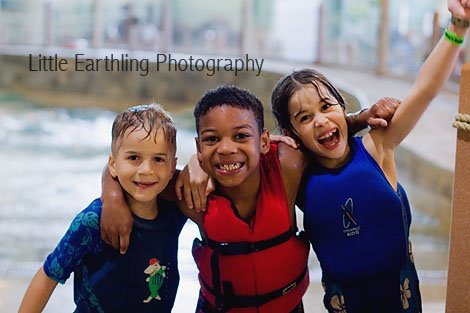 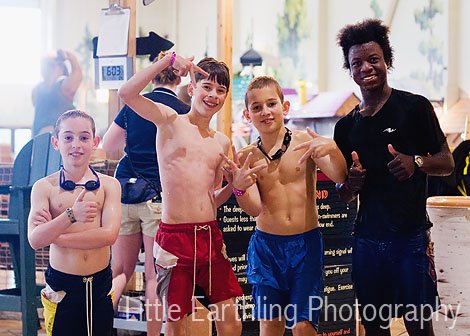 The deal was sweetened even more by the fact that the boys’ best friends got to come along as well…Bridget (who is my other Hilary) offered to watch my big boys while I took the Girl Scouts to Great Wolf…so when the other families cancelled, she ended up taking one of the extra rooms and helping out with my boys. Yay, for Bridget… 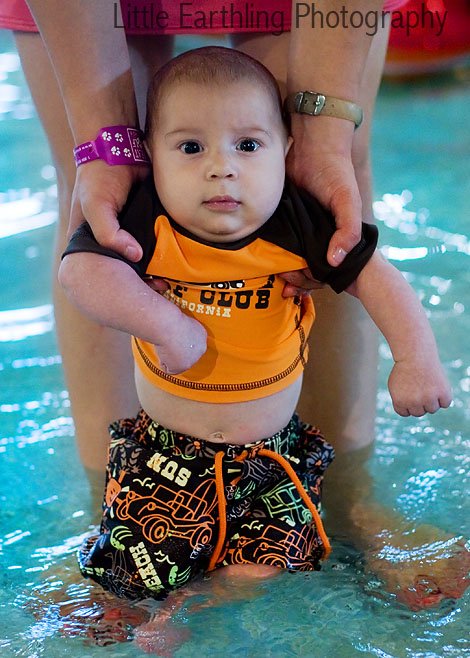 And Apollo? He did awesome. All babies it seems either love or hate riding in the car. Apollo unfortunately is the latter. I was, quite frankly, a bit worried about a 3-4 hour trip by myself with a carseat screamer…Apollo amazed us all by sleeping the entire trip! He awoke briefly twice, but Enoch was able to sing him back to sleep. We drove for three hours straight with no stops (a miracle considering the number of young children in my van). He did awesome at the park. He loved the pool, stretching out to kick…dreaming I’m sure of his long stay in my womb. I brought my parents along to help with Apollo. My mom sat pool side with him which gave me a chance to go on the rides with my other children. 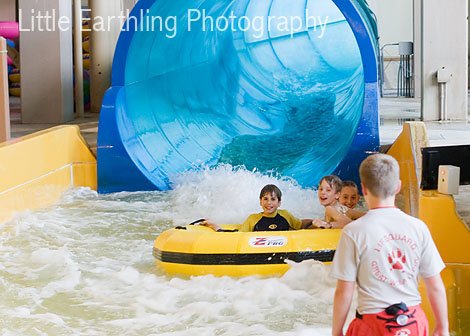 I barely even saw my boys in the water park. They traveled in a pack from slide to slide. The few times I crossed paths with them, they sure seemed to be having fun! 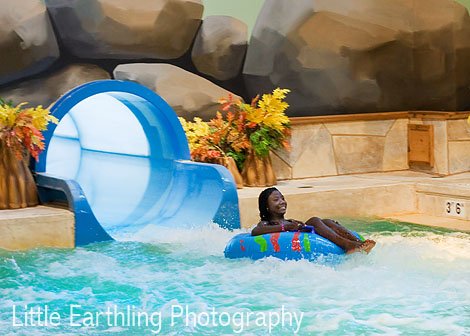 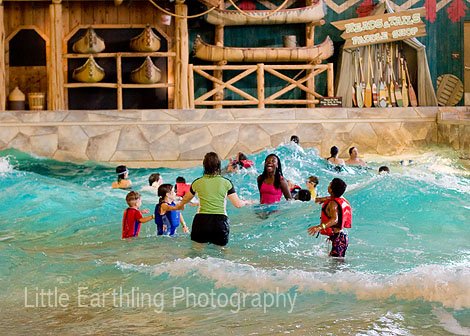 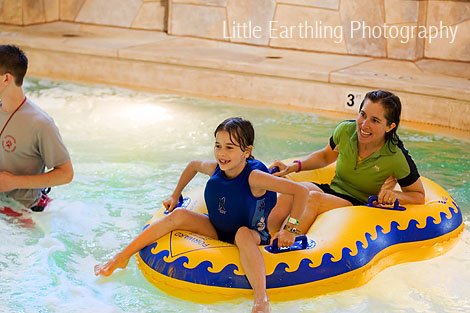 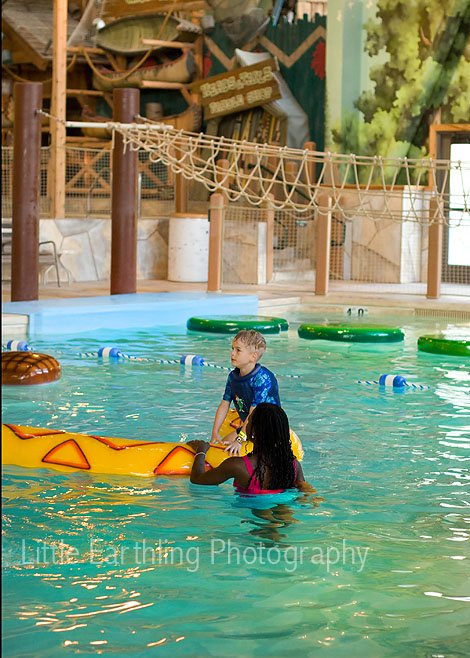 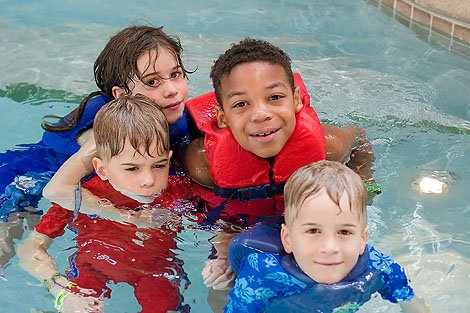 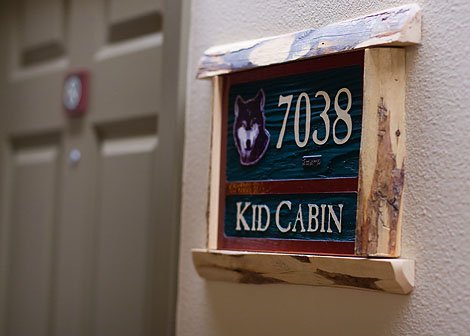 All of the last minute rearranging meant that our family had two rooms and only one parent. Keziah, Adalia, Tilly, Kalina and Jubilee stayed in one room, and I stayed in another with Judah, Enoch, Mordecai, Hezekiah, Tucker and Apollo…since we were already quite crowded in my room, Boaz stayed with the Adams.

My room with the boys had a little log cabin with three bunks. The three little boys were thrilled with it. I unfortunately don’t have any photos of it (though Bridget does). It was extremely difficult to be mom and photographer on this trip…and being mom is a  higher priority for me. 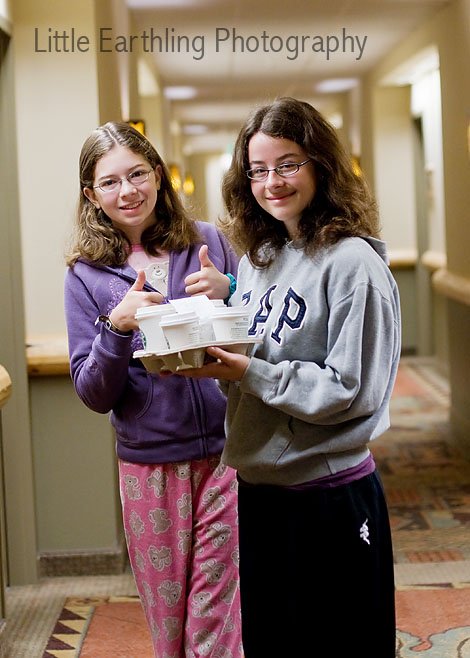 A Starbucks run was at the top of Adalia’s priority list…and she very generously bought hot chocolate for her two little sisters! 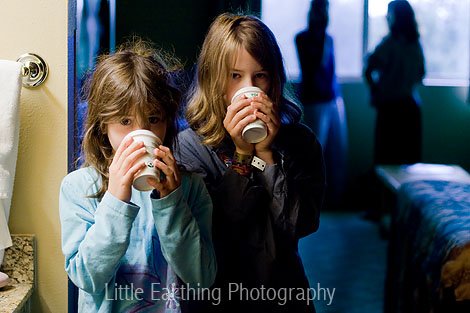 Jubilee and Kalina were of course thrilled with the surprise! 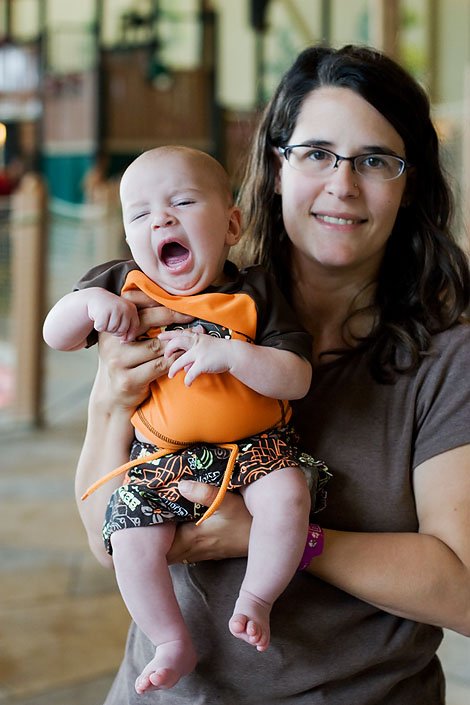 
Proof that I was indeed present on this little adventure…

More to come (depending on my energy level and children’s cooperation)….