School is Now in Session

We have officially begun and yesterday received a 46 pound box with the bulk of our new books and learning  supplies. You've never seen such excited children. They literally ran out to meet the UPS truck. I suppose some of my young scholars were slightly less enthusiastic, but hey I'll take what I can get.

And speaking of getting things. 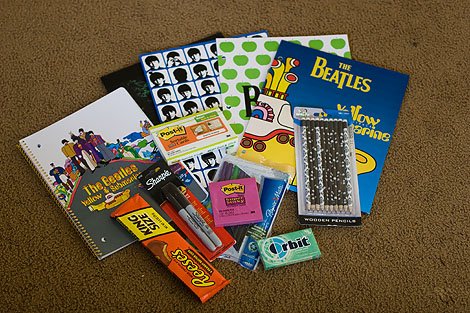 I got this First Day of School Present from Hilary, who was gracious enough to give it to me even after, as she said, I "cheated" by starting a day early. Beatles paraphernalia, and chocolate? With a few school supplies thrown in? It just doesn't get any better than that. Everyone should have a Hilary.

And speaking of things everyone should have, how about this? 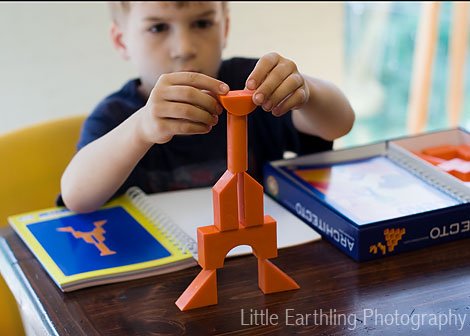 Archtecto came in our box o' bounty yesterday and Hezekiah (6) quickly claimed it. You can probably figure out what he's doing from the picture, but the basic idea is to look at the two dimensional picture and then build it out of the blocks. As you can see, he is completely engaged in this activity (and as I type this four year of Tucker is playing with it). Maria Montessori had some quote (that I'm too lazy to look up) about children's play being their work, and I believe that wholeheartedly. As I was processing this photo for the blog, I suddenly remembered a similar photo I took and posted on here nearly four years ago, when Hezekiah was two. 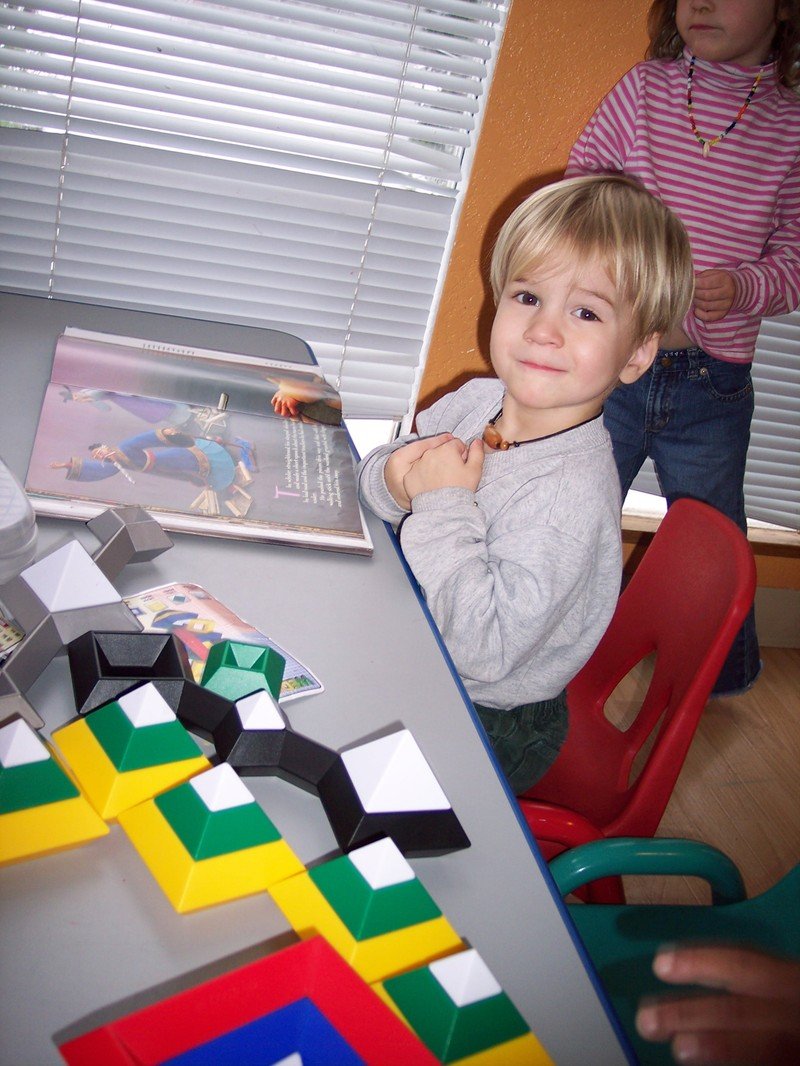 I remember at the time being amazed that at age two he could make this series of identical pyramids. He had been sitting at the table by himself with the wedgits and when I walked back over this is what he had done.

Think of how much scientists have learned in the past twenty years or so about how are brains work. Rather than being set at birth, they are living, flexible organs….we are making so many vital connections in the first three years of life. I am convinced that surrounding our toddlers and preschoolers with carefully selected learning materials has a positive affect of later learning. I am even more convinced of this after adopting older children who had did not have a learning-rich environment. My older adopted children struggle with putting together a simple puzzle or completing a pattern. These are concepts that baffle them. Taking a two dimensional figure and translating that into three dimensions? Its beyond them. And the lack of those skills, makes daily life much more difficult. While I can't make up for  what they lacked as preschoolers, I can do my best to help them learn now and make sure that my younger children have plenty of opportunities for learning.