The blog posts have been lacking over here because our internet connection has been terrible lately. We need to have someone out to take a look at it.

Aside from that, we’ve been busy every day with Ben. We’ve been swimming and ice skating. He and Adalia went on a hot air balloon ride. Chuck and I headed to our children’s Open House at school last night.

I have a few less-than-stellar photos of the ice skating adventure. Ice Skating, to me, has about as much appeal as sleeping naked in the snow surrounded by poisonous vipers and giant mosquitoes. It’s that whole frozen water and cold air thing. Ben, as it turns out, had only been ice skating twice before and was “very keen to try it” as he would say.

So I headed out with my six non-school kids and Ben and met up with my friend Tami. 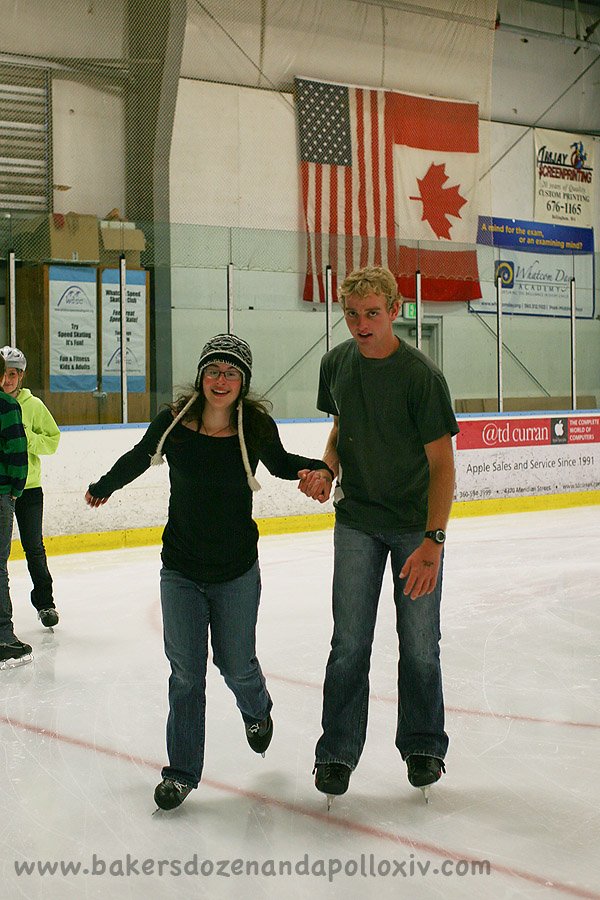 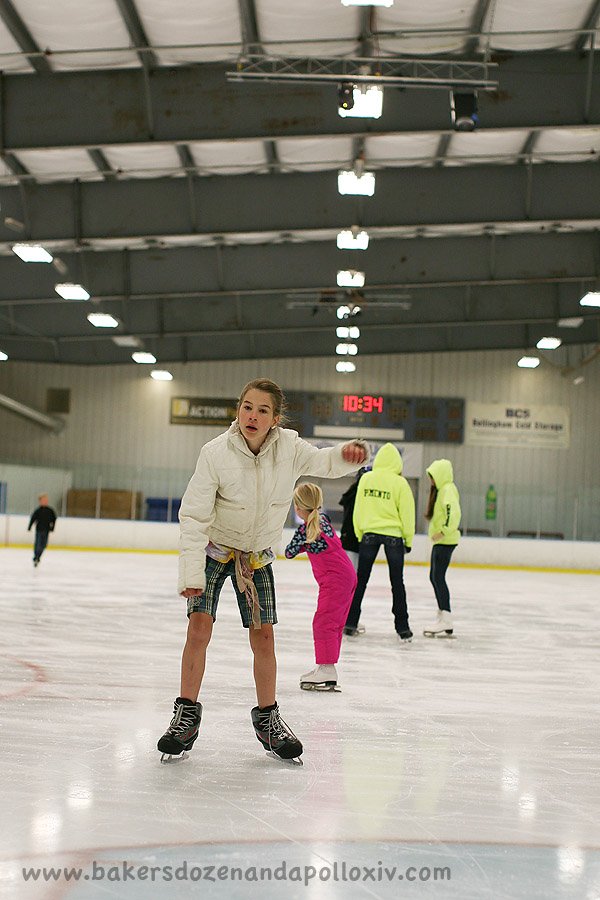 A few of my kids have been skating once before (with Tami). This was Kalina’s very first time and she apparently really showed an aptitude for it. I had one of the guys who works there come over just to talk to me about Kalina. He said she was a natural and we ought to  sign her up for hockey or figure skating. Kalina, a natural at skating? Who knew? 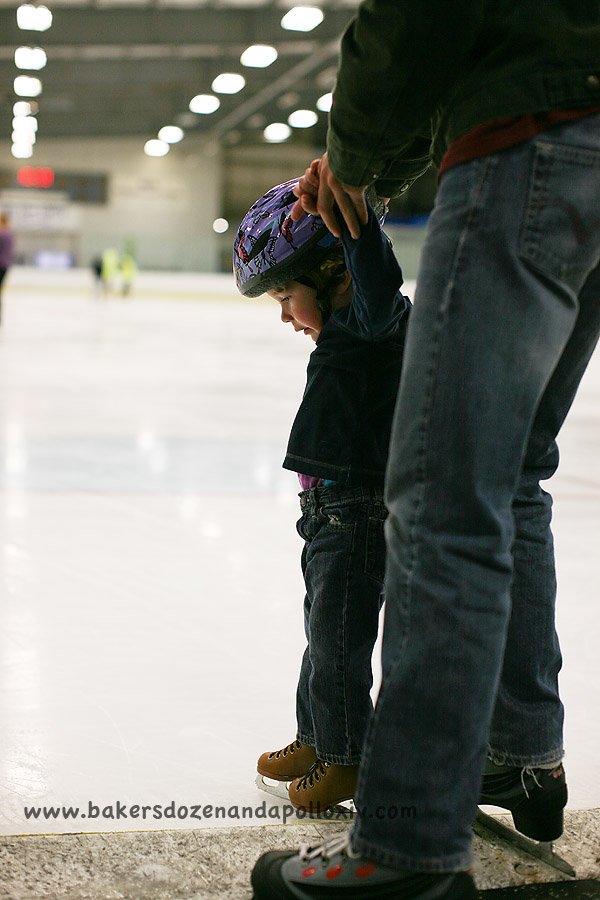 I had absolutely no intention of having Apollo ice skate. He, on the other hand, had absolutely no intention of being left out. As a result, I forked over five bucks  for itty-bitty rental skates and admission. Honestly, he didn’t spend much time on the ice. He pretty much just cried to go on and cried to go off again. Next time, if there is a next time, I might just have to bite the bullet and take him out on the ice myself. 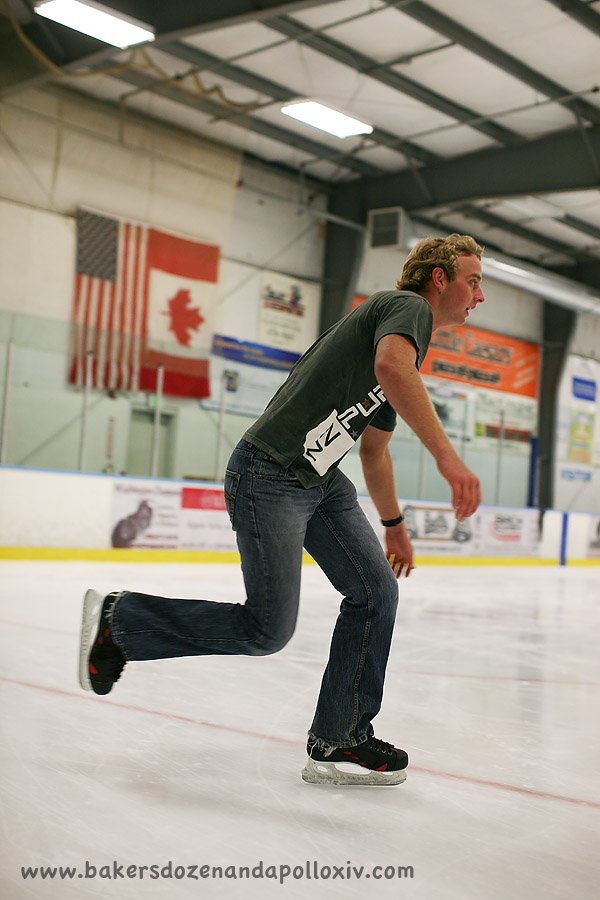 Ben is one of those guys who is just good at anything he tries. He skated around the rink like an old pro. 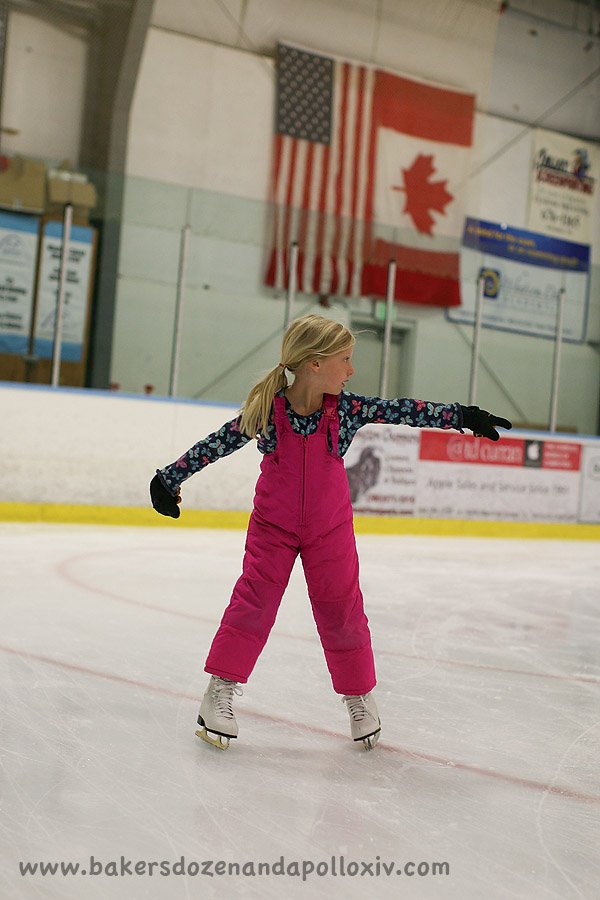 And this is Tami’s daughter, Isobel, who was pretty darn good herself.