Unfortunately, when we arrived they weren’t actually making doughnuts, so it was a bit of a flop. Okay, maybe not since Chuck bought two dozen glazed doughnuts. But *I* wanted the kids to see the doughnuts being made.

We let Apollo pick his doughnut out of the display (such is life with a tubie). 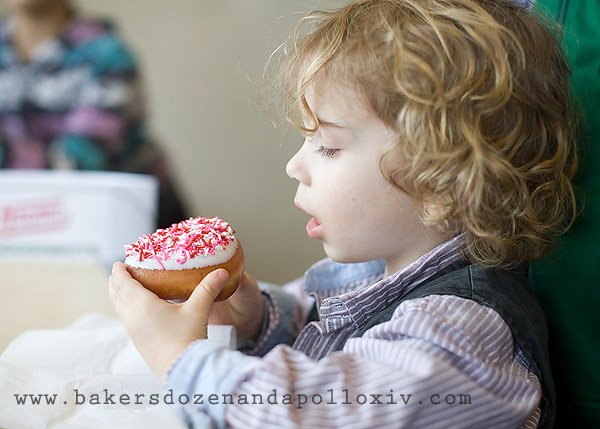 He studied it for a moment… 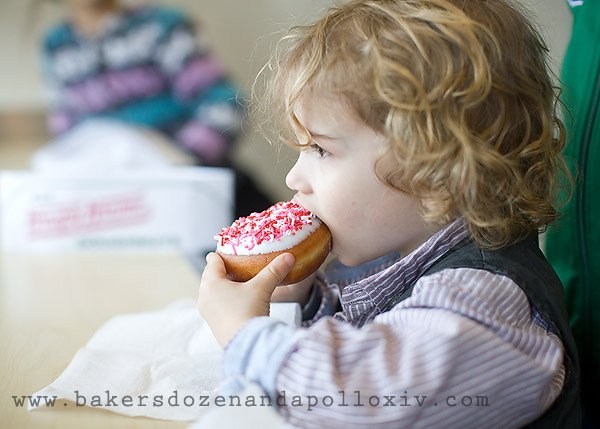 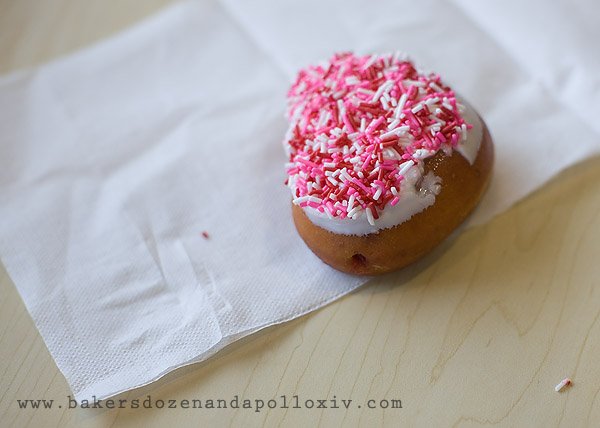 And after several valiant attempts, this is how much he ate.

Throughout the day he kept attempting it until he finally had licked most of the frosting off.

I don’t really understand why Apollo eats so little, other than the vague “psychological issues” we were told to expect. What does that really mean? I don’t know. Now that the compression on his esophagus is gone, he eats carrot sticks, celery, red peppers and apple slices with abandon. All foods that were too dangerous for him to eat before. He also eats: chips, M&M’s, egg whites, popsicles, Chicken McNuggets and fries, olives (green and black)…so why not a doughnut? Or a sandwich? Or a hundred other foods? I have no idea. He now gets 500 mls of formula from his tube a day, down from 760 mls before the surgery in Houston. I just wish I had some kind of a  roadmap for “teaching” him to eat. I think he’d really benefit from “group therapy” with other (non-sibling) kids who all meet once a week or so too eat together. Unfortunately, there is nothing like that around here. 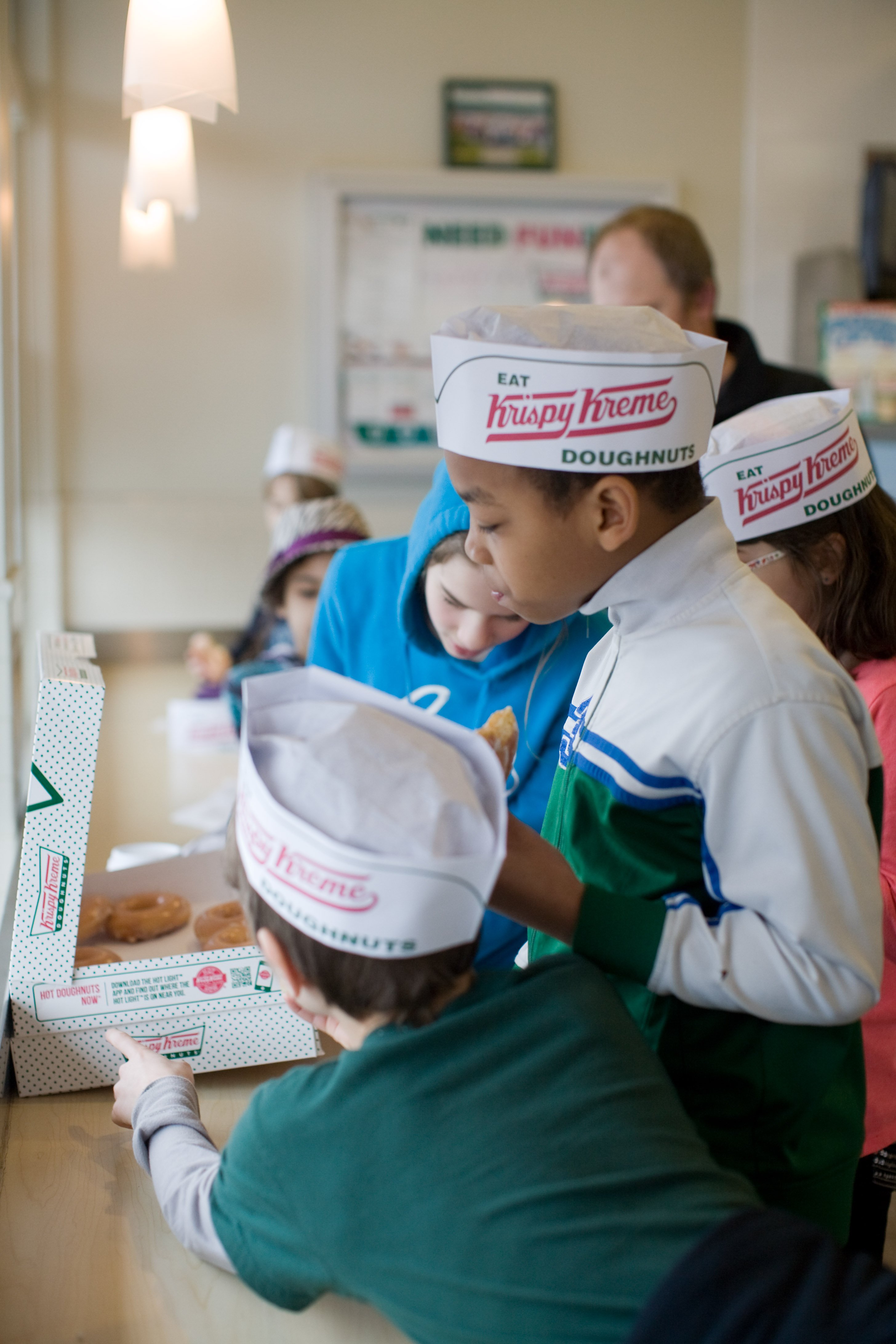 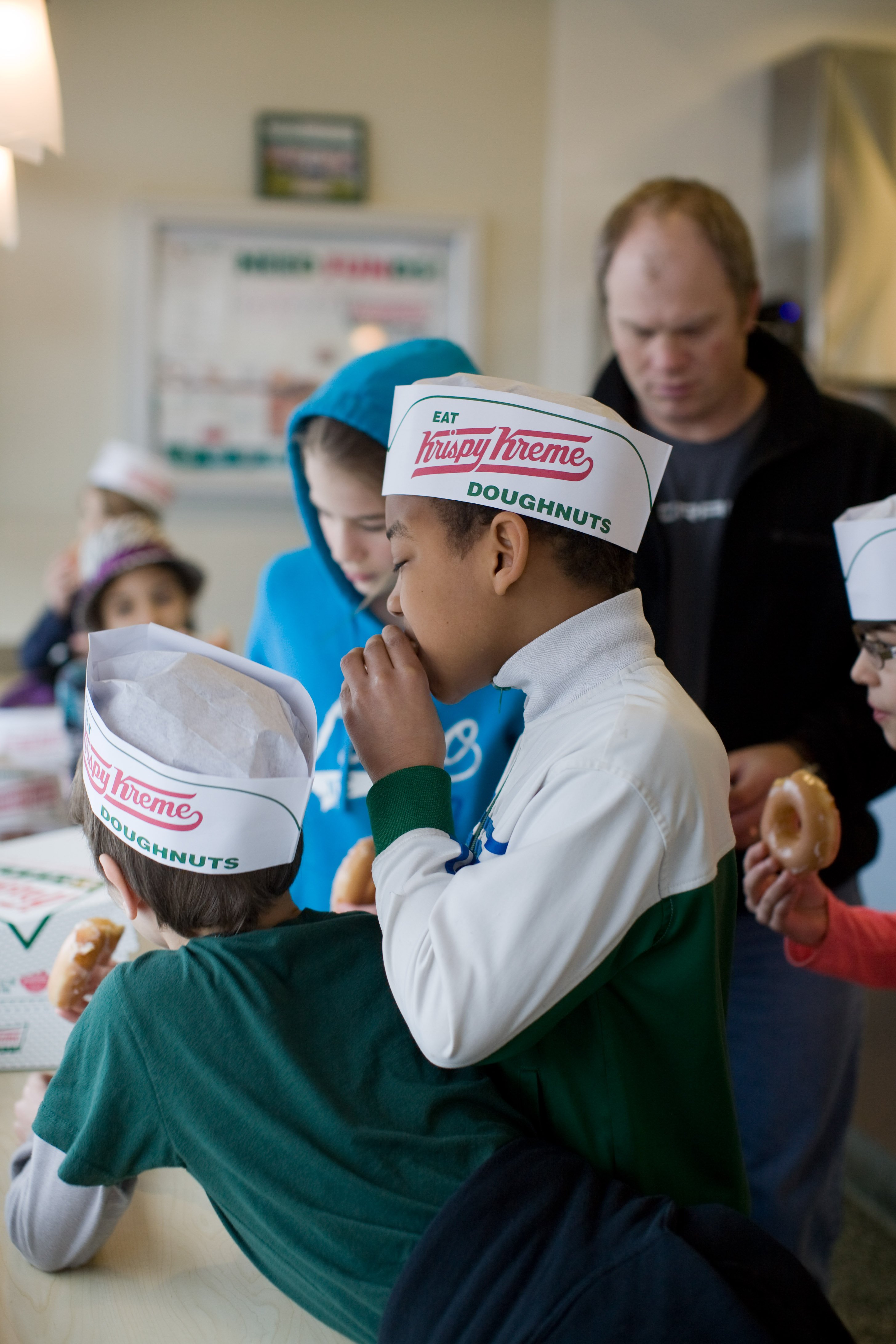 The other kids all dug in with gusto reserved only for rare treats like sugar-filled doughnuts. 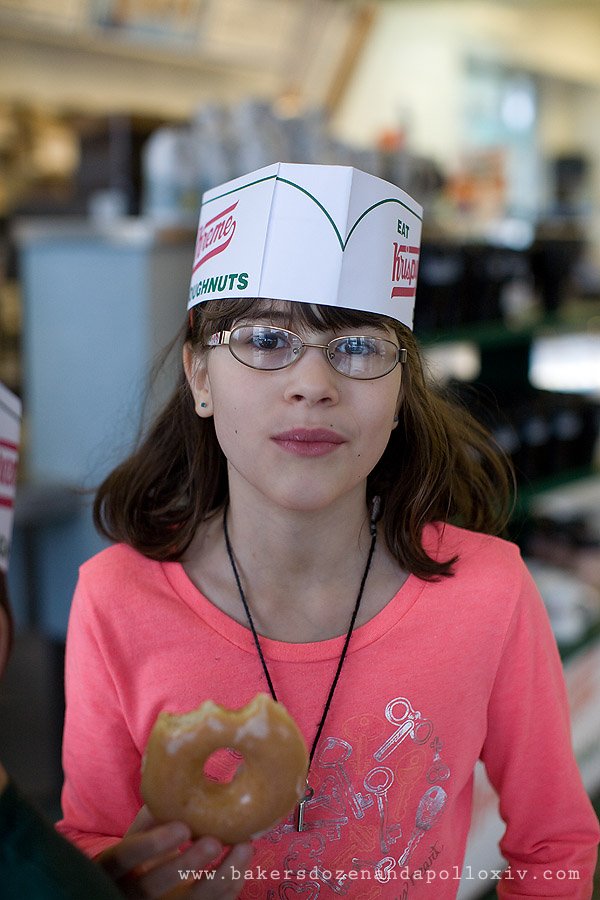 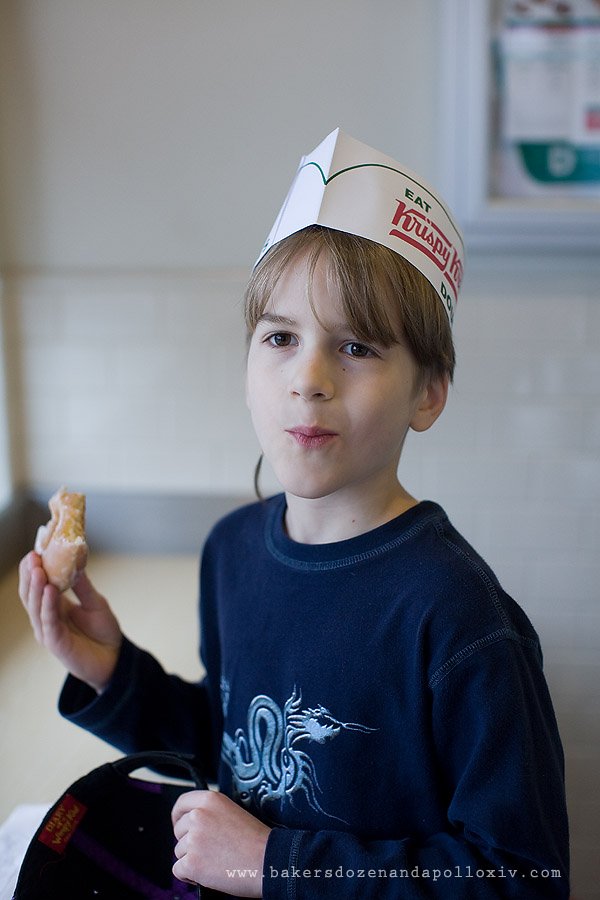 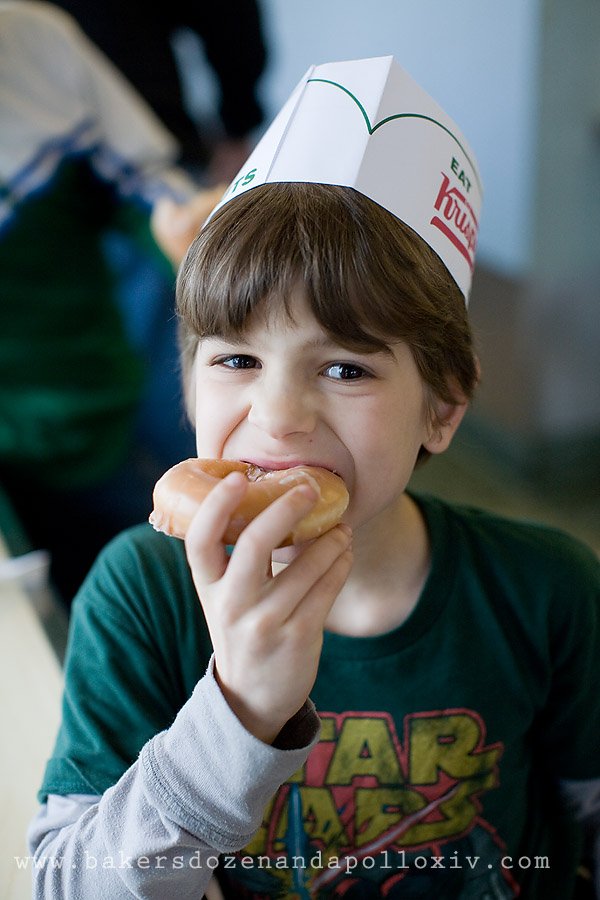 A fun finish to a fabulous food-filled day.