Teen Missions International {Then and Now}

Some of you may remember that Chuck and I met on a Teen Missions team. It was the second trip for both of us. He was one of the team leaders- I was a team member. Do you sense a bit of a scandal there? Don’t worry, we waited until we were home to begin our romance.

Adalia is currently in Merritt Island, Florida for her two weeks of Boot Camp. Training for her summer in Honduras. With the wonders of modern technology, TMI is updating their facebook page with photos. Every day we search each and every photo for pictures of Adalia and her team. Here are a few. 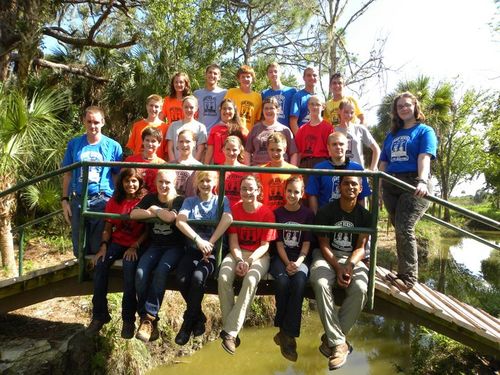 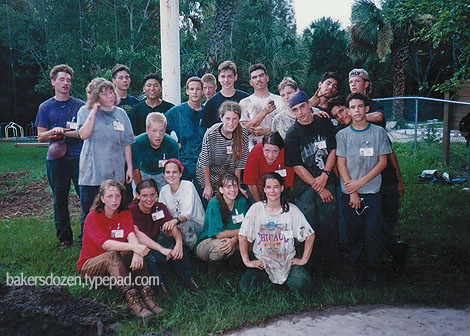 Our team: Brazil Fishponds 1994 (That’s me in the dirty while T-shirt in the front row). This team photo was taken after we ran the obstacle course- hence the dirt. Chuck isn’t in the photo, since this was just of the team members, not leaders. 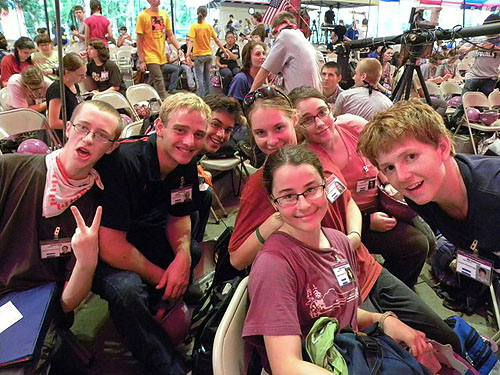 Adalia hanging out with her team members. 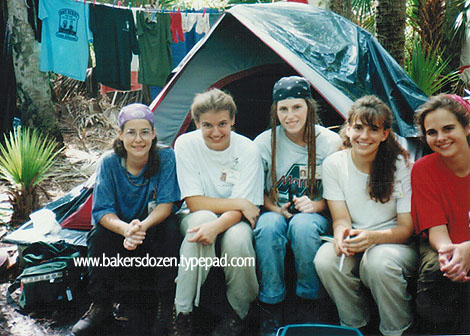 Me with my team members…I’m in the in the purple T-shirt…then there’s Amy, Myra, Kerri-Ann and Sarah…and I can remember there names all these years later… 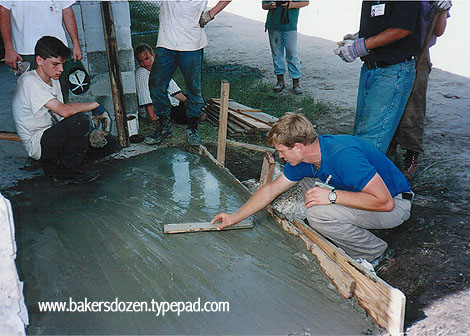 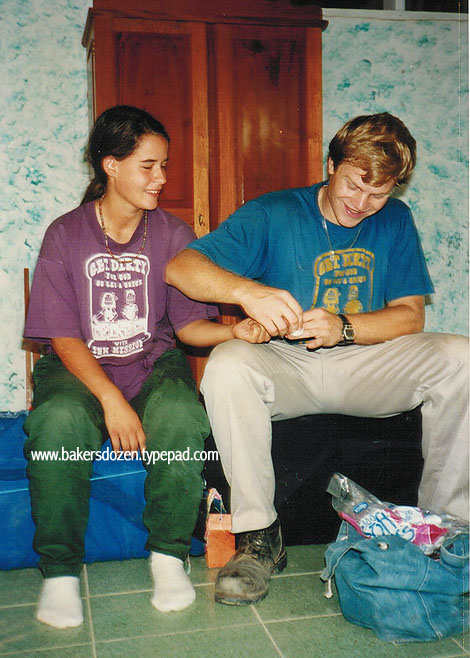 And no, he’s not proposing to me in this photo…he’s taking my blood to check for malaria (in the end, we both had it).

Family Camping in the Rain