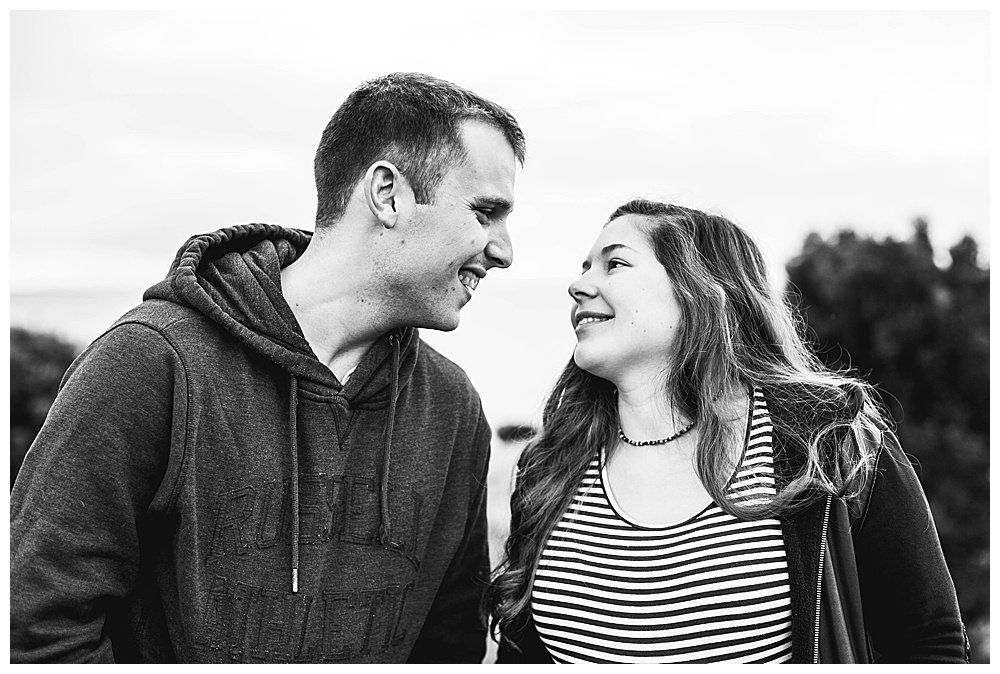 Tilly and Jared are taking good care of me here. Jared drove us up to Ocean Beach last week to show me more of this amazing island. He’s either trying to make me fall even more in love with New Zealand or he’s sick of me hanging out in his living room.

With ocean views like this, I’ll take it either way.

I snapped a few photos as we looked out over the water, watching the iridescent blue waves wash over the sand. The sky was feeling moody full of both white and dark clouds. The breeze was cool and the air fresh. I decided to take advantage of the beautiful backdrop and snap a few photos of Tilly and Jared together. As I adjusted the settings, I realized we had the perfect conditions to capture a silhouette. With a bit of directing from me, I was able to capture this shot.

This was taken just moments after the black and white shot. I just had them turn their bodies and kiss.

Then we took a stroll down to the beach. Despite being a week past her “due” date, Tilly is keeping up her attitude. She is just *so* ready to meet her little one!

Baby Kiwi is so snug and warm s/he just want to stay all cozy in her mama’s womb. Unlike his/her cousin, Percy, who was so eager to get here he joined us early!

It was early evening when we headed out to the beach. It was lightly sprinkling at Tilly and Jared’s house, so we weren’t sure how much strolling we would be able to do. Thankfully, it wasn’t sprinkling at Ocean Beach so we were able to enjoy a leisurely walk.

The waves along the beach were so beautiful. Unlike our side of the Pacific Ocean which is brown, New Zealand’s side is blue. One thing I love about New Zealand is we share the Pacific Ocean. We may be half a world away, but when we are at the beach out at the ocean, its the same ocean that surrounds my daughters.

Maybe, just maybe, my new update will be about baby Kiwi…