We’ve somehow established a very strong precedent of sending our teens on a Teen Missions team the summer they are fifteen. This wasn’t intentional and fifteen isn’t some magical age in our house. It happened the be the age we felt Adalia was mature enough to spend her summer away from us in 2011. Then Judah went in 2012 at age 15 and now Judah and Tilly are both going (tomorrow!) in 2014. Chuck and I intend to send every one of our teens on a Teen Missions team at some point and here’s why:

Five Reasons to Send Your Kids on a Teen Missions Team.

1. To gain global perspective. We are not rich. In fact, by the government’s standards, we are low-income. We have everything we need on a daily basis. Going to a different part of the world gives our teens a global perspective. And I don’t just mean, “I feel so thankful for what I have because they have so little“. We aren’t sending our teens so they can “be thankful” for what they have when they return. We are sending them so they can see how people live in other parts of the world. So they can see planet earth is bigger than the Pacific Northwest. Bigger than speaking English, homeschooling and going to church. Bigger than Boy Scouts, visits the library and movies. We send them so they can experience another culture, and do it without us there guiding them through “teachable moments“. They get to experience another country and culture in the raw, then come home to share it with us.

2. To work hard and help others. Teen Missions teams are hard work. This is no tourist holiday. The teens spend from four to five weeks in the country completing a significant project. Teen Missions has their teens working on their projects eight hours a day Monday through Friday and half a day on Saturday. If they are in a rural area they sleep in tents and every team washes their clothes by hand. For two months. They help with cooking and washing dishes for entire team and any translators working with them. They learn the value of a job well done whether its building a bridge, washing their dirty socks in a bucket, or preparing a meal for 25 people on a camp stove. Judah took some great photos of his bridge building project in Zambia (shown below).  This river floods during the wet season each year, making it impossible to cross. This cuts the village off from school and vital medical treatment. You can guarantee the teens who spend their summer building this bridge won’t soon forget it. 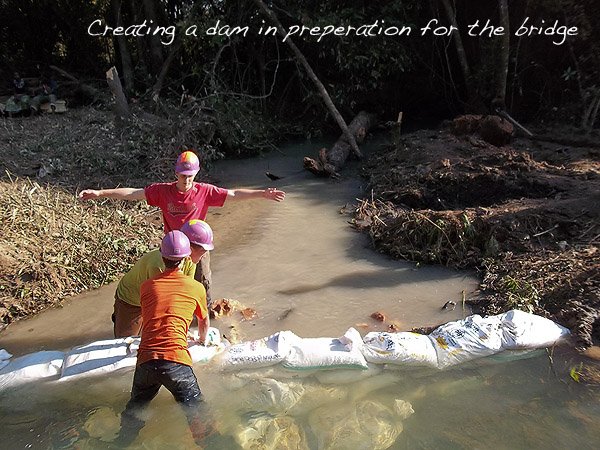 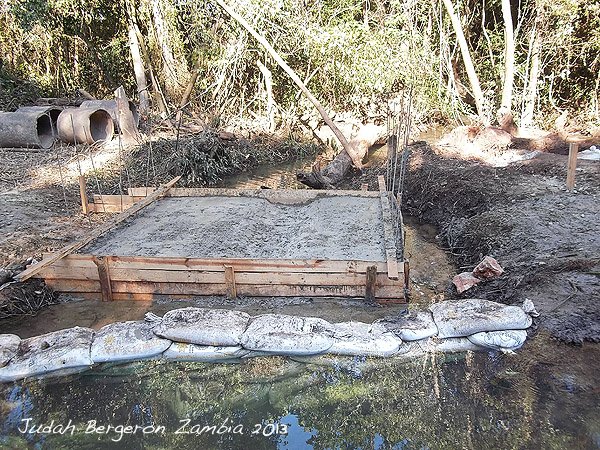 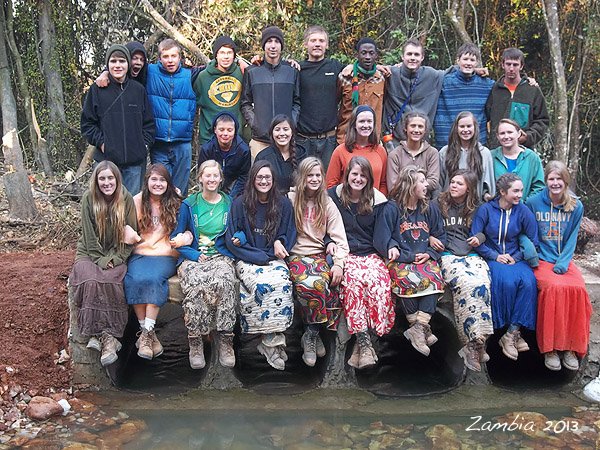 3. To be electronics-free for two months. Teens Missions has a strict no-electronics policy. You won’t find a cell phone, iPod, DVD player, video game or tablet on these teams. The teen years are a great time for kids to take a complete break from screen time and social media. They learn *gasp* that they can indeed live with out these accoutrements and still be happy.  Instead their time is filled with physical labor and old-fashioned face-to-face interactions.

4. To gain independence and maturity. Our teens go off to Teen Missions for two months of no parents in an environment where I know they are being taken care of. If you don’t think they are gaining independence because they are with a Christian organization, you need to take another look at those photos. Two months away from friends and family. Two months of doing your own laundry by hand. Guess who suffers the consequences if they don’t keep up? If they don’t wash their socks and underwear well enough?

5. To have the best summer of their lives. Chuck and I, Adalia, and Judah will all be the first to tell you our summers with Teen Missions were hands down the best summers of our lives. Chuck went to Guatemala in 1988, I went to Tanzania in 1993, Chuck and I both went to Brazil in 1994, Adalia to Honduras in 2011 and Judah to Zambia in 2013. We have all made life long friends and gained experiences that we never could have had if we had stayed home working or relaxing all summer.