We have a little secret, here in our home. A code word, if you will. The story begins at Thanksgiving a few years ago, when an extended family member (who shall remain nameless) blurted out these words at Thanksgiving dinner: “Puberty! It’s just puberty…everyone goes through it”. Let’s just say that the child s/he was referring to was not impressed. In fact, I’m pretty sure s/he was hoping the ground would open up and suck them into the burning depths of inner earth (and, no, I’m not talking Tolkien’s middle earth here).

That phrase (puberty! It’s just puberty!) has been repeated oft, as a joke around here. It wasn’t long before we decided we needed a code word, and after some (laughing) discussion, settled on “pomegranate”.

Do you remember the Puberty Distribution in a Large Family infographic I made a while back? Let’s just saying having a child in every stage of puberty all in one house, makes life…um, interesting.

While in New Zealand, Tilly sent me a message on Facebook saying, “Mom, I think you should call the blog Puberty Town” to which a good friend on Facebook responded, “Or Pomegranate Island“.

Lets just say that in recent years we have swapped dirty diapers and sleepless nights  for deodorant and later bedtimes. Strangely, the temper tantrums and trashed bedrooms remain.

Anyway, last week Adalia turned eighteen and Kalina turned thirteen. The day of her birthday, I sat Kalina down and told her we had a very special gift for her very special birthday. We gathered everyone around and, well, you can see how she felt about her special gift…it’s written all over her face. 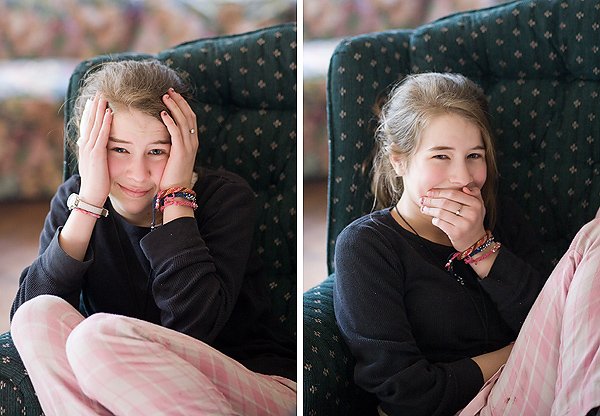 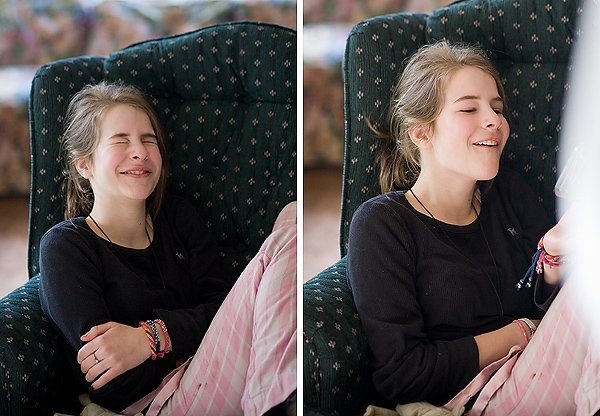 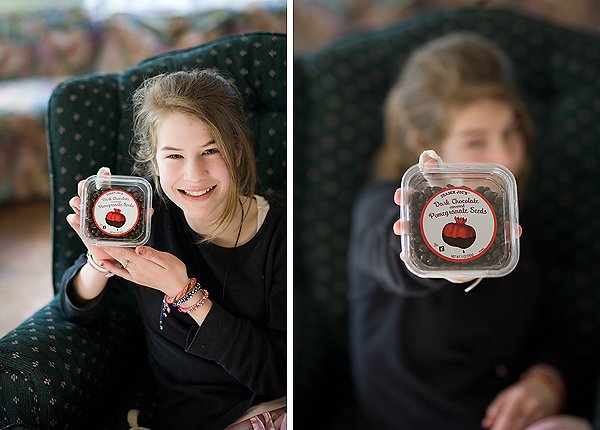 Of course, it was Trader Joe’s Dark Chocolate Pomegranate Seeds! What were you expecting? 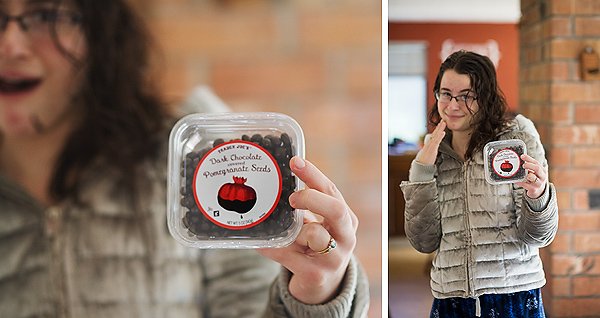 And  Adalia got her own box of Pomegranate Seeds as well. 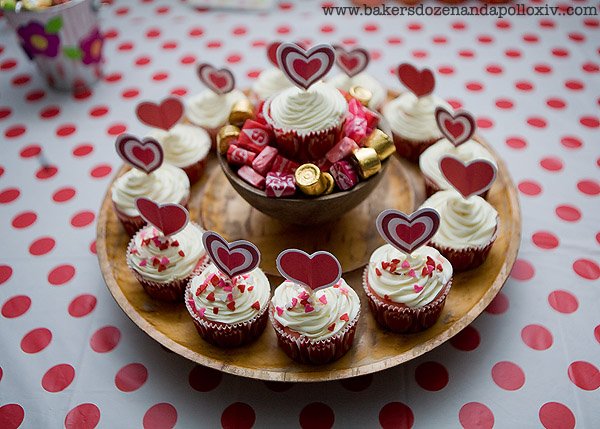 Kalina, true to form, invited about a million girls to her birthday party. In our house, we allow a sleepover on thirteenth birthdays (we aren’t a sleepover kind of family, so this is a big deal). She made cupcakes, a cake, had plenty of candy, ice cream and….soda pop! In our house, you also have to be thirteen to drink pop. Kalina chose 2 liter bottles of: Dr. Pepper, Root Beer and Orange Fanta. And, while we’re discussing menus, she also waffles with berries and whipped cream for breakfast. 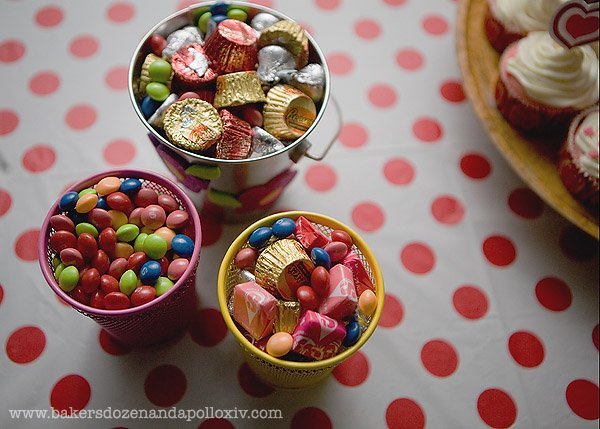 Kalina, our social butterfly, had girls ranging in age from ten up to seventeen at her party. Girls from church, girls from school that she’s met at various activities, girls she’s known her entire life and a girl from her hearing loss group. 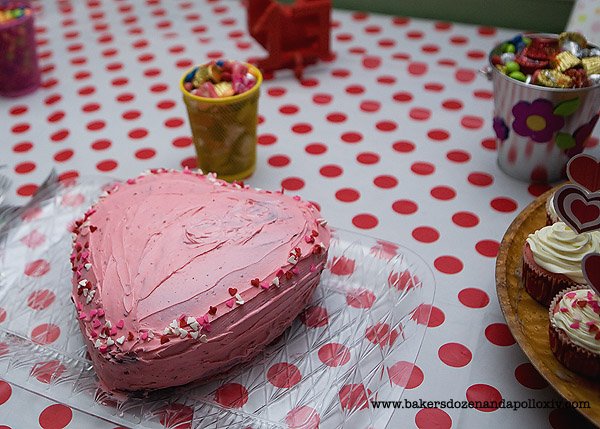 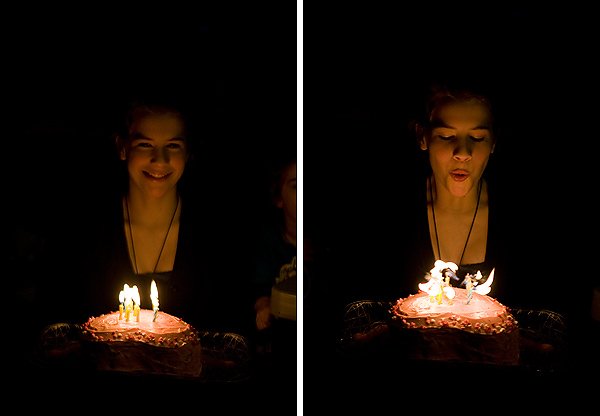 Now, I have two months off of birthday planning. Hezekiah is the next child to have a birthday and that isn’t until May. If only I could take a break from the, ah, pomegranate overdose we’re currently experiencing. But you know what, I’ve been a mom long enough to that this too will pass…and someday I will look back on these days with fond memories.