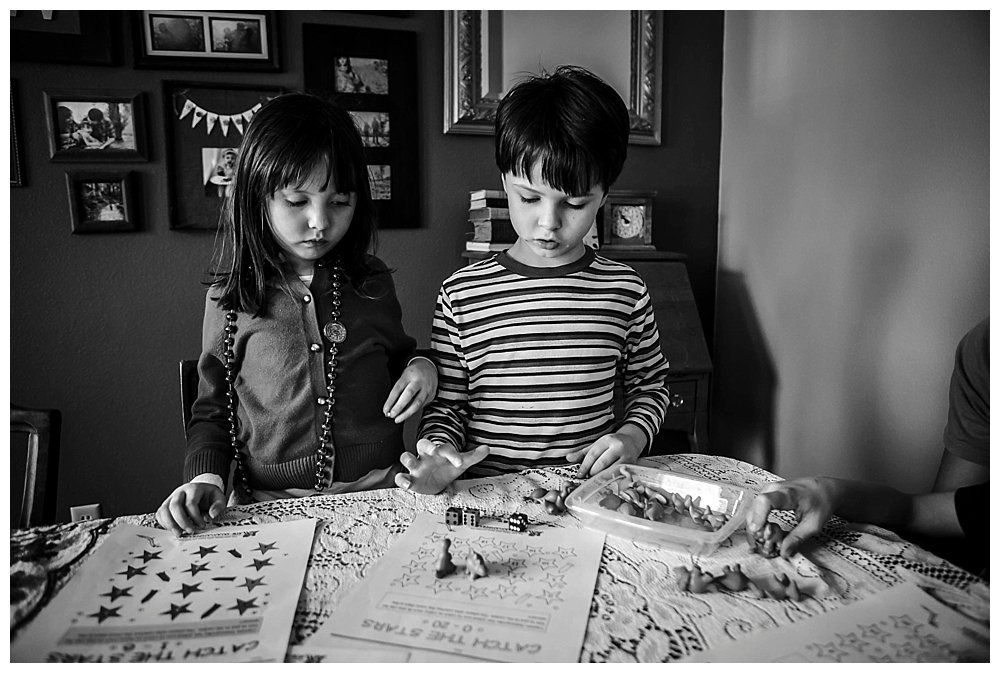 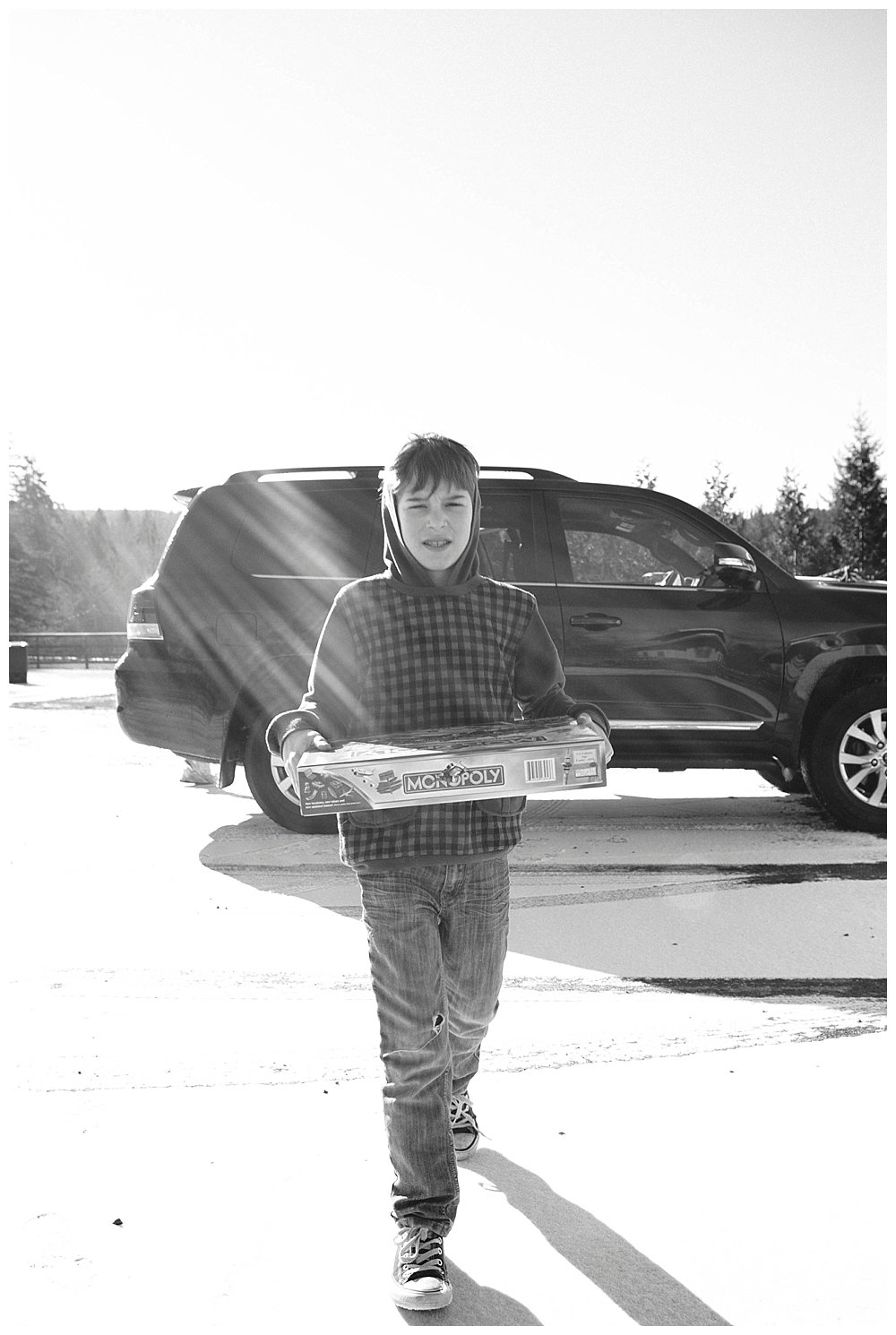 Thursday in our house usually means meeting up with our homeschool buddies for some fun group learning. Our activities vary from hiking to dissection, to baking, to playing, to whatever pops into our heads.

Last week we decided to keep it simple and focus on playing some fun math games with the kids.

Before we started in on our math games, Wyatt showed us the AT-AT Walker he has been working on “since the day before this year”…which turns out to be New Year’s Eve 2017. Wyatt is building this out of cardboard, using hot glue to construct it and paint to make it look just right.

The AT-AT Walker includes side panels that open up and Wyatt told us he used a LEGO Minifigure for scale. How cool is that? 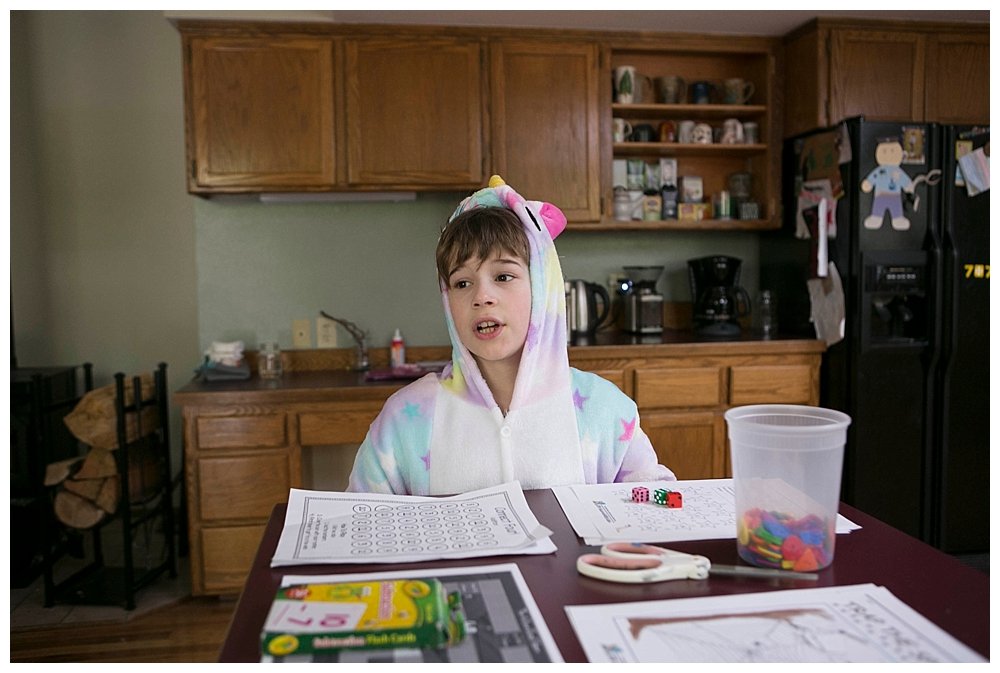 Before we gathered around the table Kym led a fun game where she placed pieces of paper with numbers 10-20 on the floor. She called out math problems (addition, subtraction, and multiplication) and the kids had to go to the paper with the answer. To make it more fun, she would call out an action (hop like a bunny, slither like a snake) and the kids had to do that action instead of running.

The kids LOVED It. 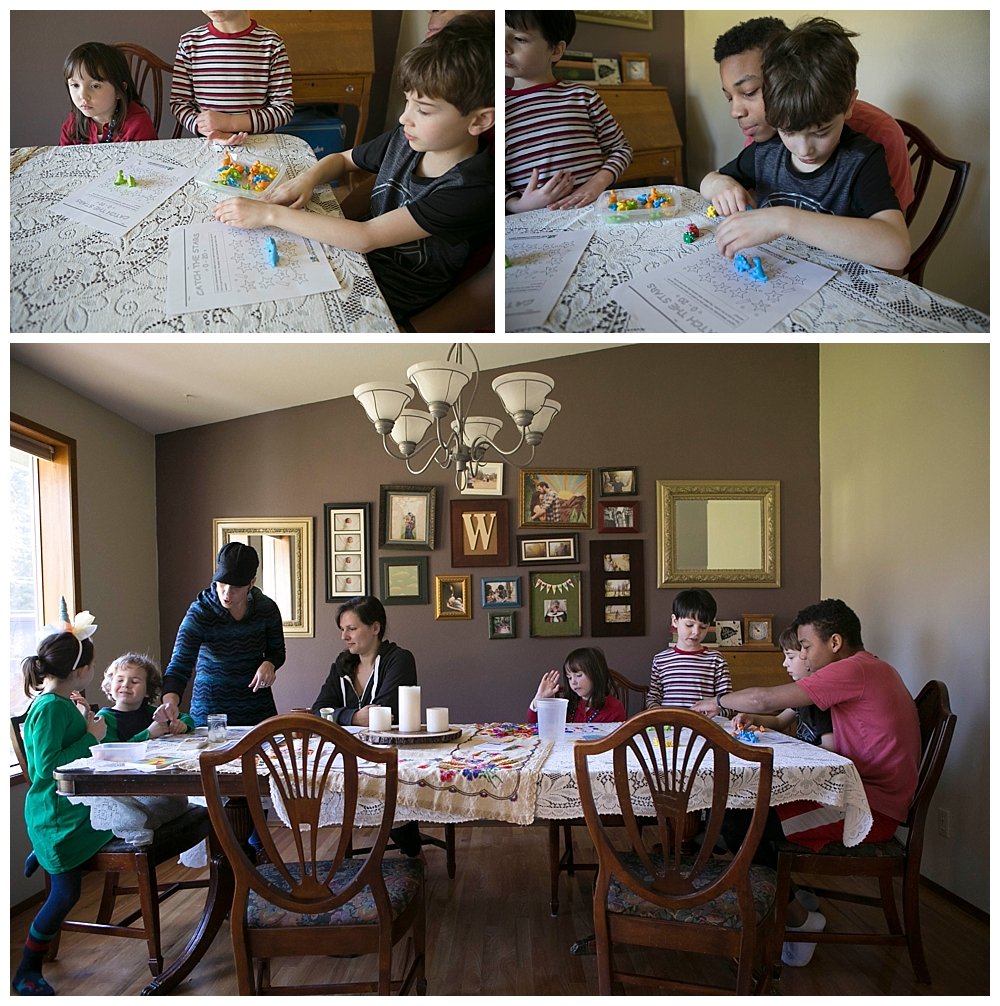 Next, it was off to the table for math games.

Kym did the work for these games. She printed worksheets off from Futuristic Math and brought some fun math manipulatives. The kids worked in groups of 2-4 depending on the game.

We adults all took turns playing games with the kids. I was actually surprised how much the kids enjoyed this. Because we have done some pretty spectacular things in our group (candy sushi, anyone?) I was afraid math games would miss the mark. 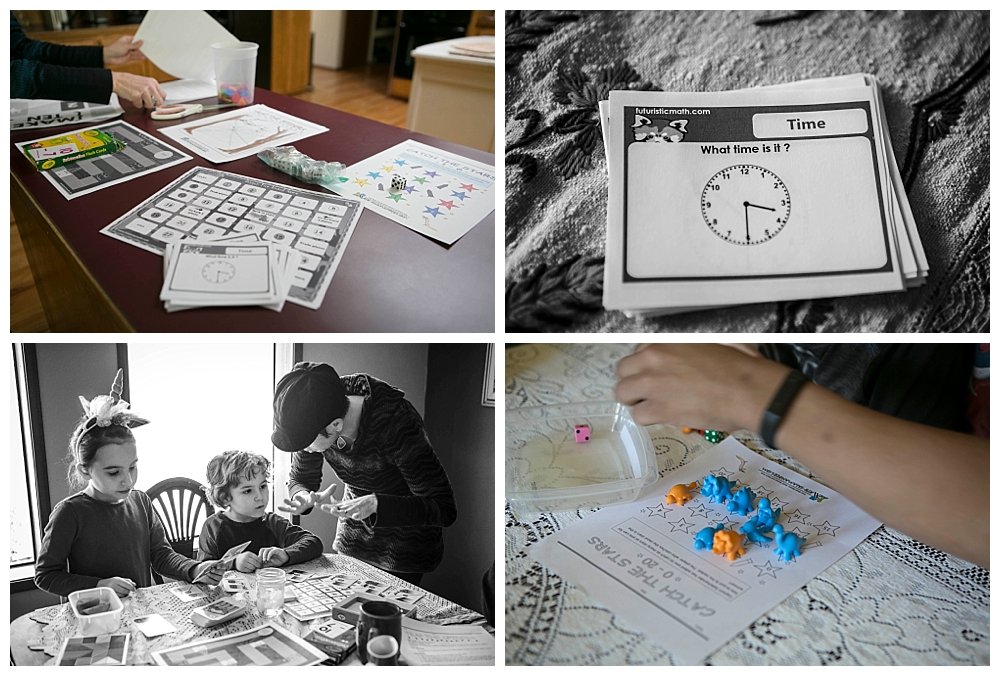 But I was wrong.

The Match the Stars game you see here was so simple. We each rolled one, two, or three dice, added the total and then put a marker on that number. Apollo, Wyatt (and yes, Mordecai) loved this game. It made me realize I am probably missing out on some great learning opportunities with Apollo during the day.

Not too long ago I was talking to Kym about some struggles I was having with a certain seven-year-old and math. She told me how much he loved playing math games while at her house when I was in New Zealand.

After that conversation, I bought Yahtzee and have enjoyed playing it with Apollo. The game is challenging for him and includes a variety of math skills. The best part? Thirteen rounds and the game is over. 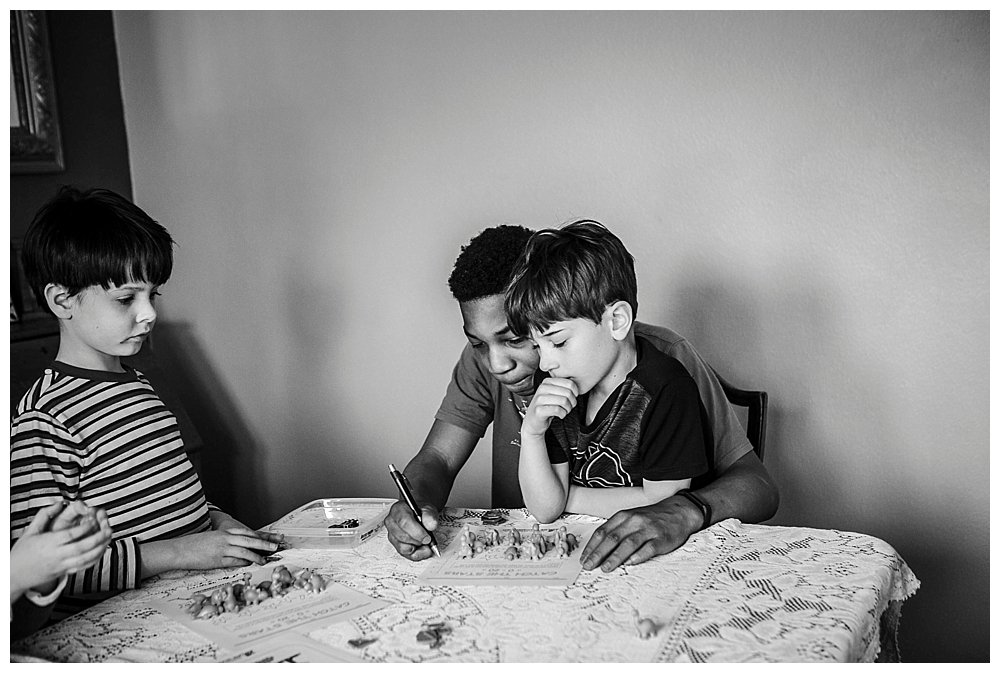 Mordecai carefully added up the scores when we finished Match the Stars. 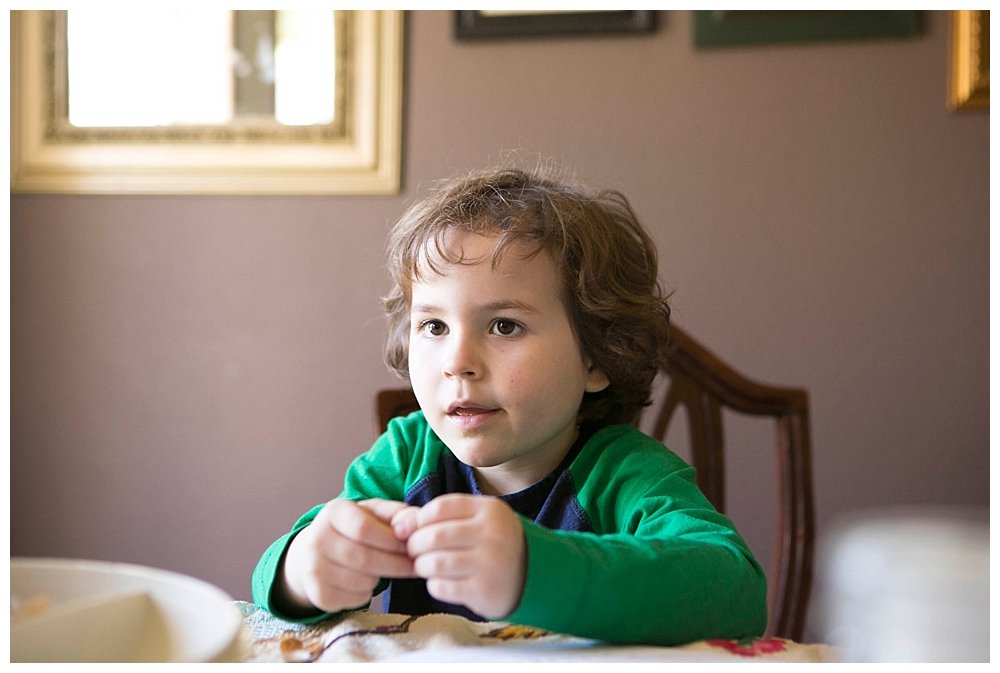 So much learning going on! After this Apollo set up one of his current favorite games, Monopoly which the kids happily played for the next two hours.

Here are a few of my favorite games that teach math skills. Please add your favorites in the comments!

Loose Change is a fun, fast card game when players learn to make exactly one dollar in change. This game will increase your child’s addition speed while teaching them the important skill of making change for a dollar.

Number Chase includes cards numbered from 1-50. To play the game the numbers are laid out in sequence. One player picks a number and secretly writes it down on a slip of paper. The other players ask questions to try to guess the number. If the guess is wrong, the card is flipped over. This game is simple enough for a 4 or 5-year-old to play and teaches patterns, sequencing, greater and less than, and more.

(You can see my kids playing both these games in this post) from 2011.

Yahtzee is, of course, a dice game where you are making pairs and sequences. There is a Yahtzee Junior. I’ve never played it but Apollo at age seven has no trouble playing this game. 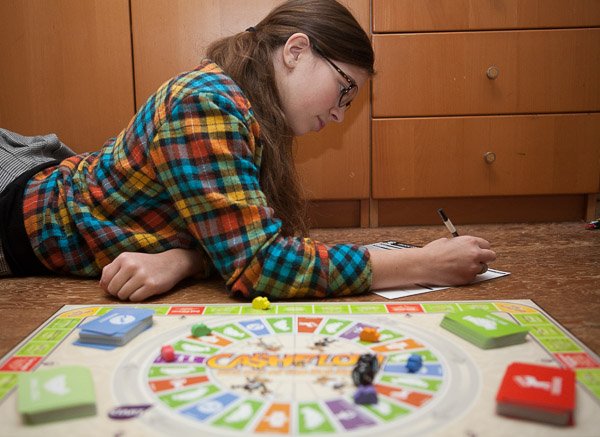 CashFlow is a favorite with my teens (and Chuck). You can see my post about it here.

Do you have any great math game suggestions?