It’s Not All Strawberries and Sunshine

It’s pouring down rain here. Again. Summer hasn’t quite arrived in our little corner of the Pacific Northwest. We’ve had a day or two of 70 degree weather…other than that, it’s been in the sixties and cooler at night. Our house is still chilly…in July. We heat with wood, and this is the time of year when we need to lay in store our wood for the coming winter, so we are huddled around in sweatshirts sipping warm drinks. In July.

But here are some photos I never posted from one of the warm days we have had. So enjoy. And I’ll pretend this is what the weather is like right now. 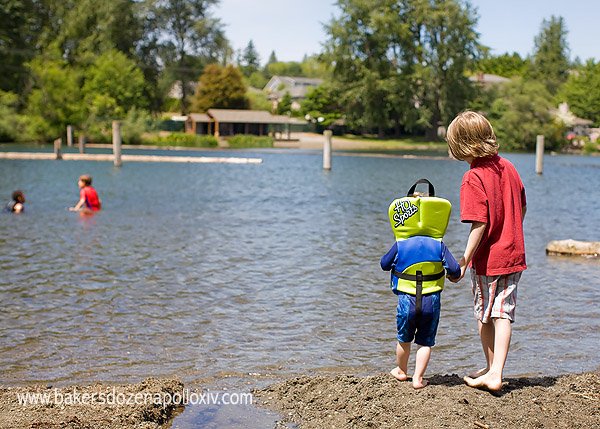 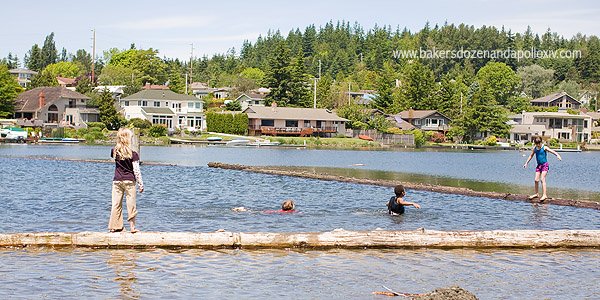 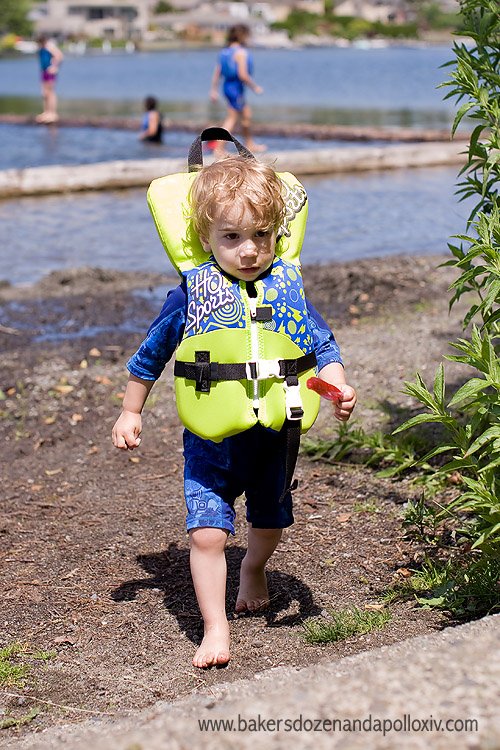 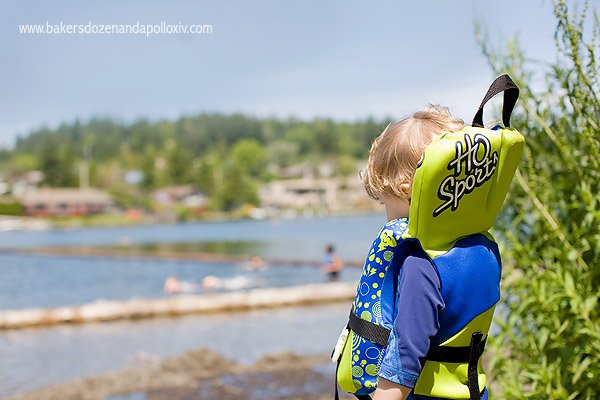 And if you’re  wondering why Apollo is dominating the photos, it is simply because, for the most part, he was the only child near enough for me to photograph. See those little dots? Those are Baker’s Dozen children swimming in the water.

Ah. Yesterday was one of those days. In the end, it was productive. We picked 76 pounds of strawberries, washed them all, froze some, made freezer jam, and just this morning we had crepes with fresh strawberry syrup. Yum.

But yesterday was a rough day. I nearly called off strawberry picking due to behavior issues (seeing this morning’s rain, I’m so glad I didn’t). And Apollo most definitely did not enjoy strawberry picking. (Photos coming soon. Of course!)

It’s no secret that I’m raising some children with some serious special needs. In general I choose not to post about it much- mainly because I don’t want my children judged by their behavior here at home. Our home should be a refuge for them.  Much of their behavior is out of their control caused by things that happened before their very birth. Just as Apollo is living with the effects of his heart not forming correctly during his fetal development, so Avi and Mordecai are living with the effects of their prenatal environment. No one blames Apollo for his malformed heart…nor do I blame my adopted children for their issues. But just as surely as I hook Apollo up to a pump four times a day to feed him, I deal daily with behavior issues from my children that were caused long before their birth.

I had a child spend the afternoon in his room trying his very best to destroy it. He couldn’t slam to door…because he broke it before our strawberry picking adventure and his older brothers had to take if off the hinges.

So instead he found more creative ways to wreck his room. I don’t suppose you need all the details. Let’s just say he’s quite creative.

And now I am faced with a day of pouring down rain. And contemplating moving to  Florida – though I don’t have Chuck sold on that idea yet.

And I really didn’t intend for this post to turn in the direction it went, but obviously that’s where I am this cold, rainy morning.

{I’ve slipped back into second place for Top 25 Photographer Mom Blogs. If you enjoy my photos, could you click over and give me a vote? No need to register or sign in. Thanks!}