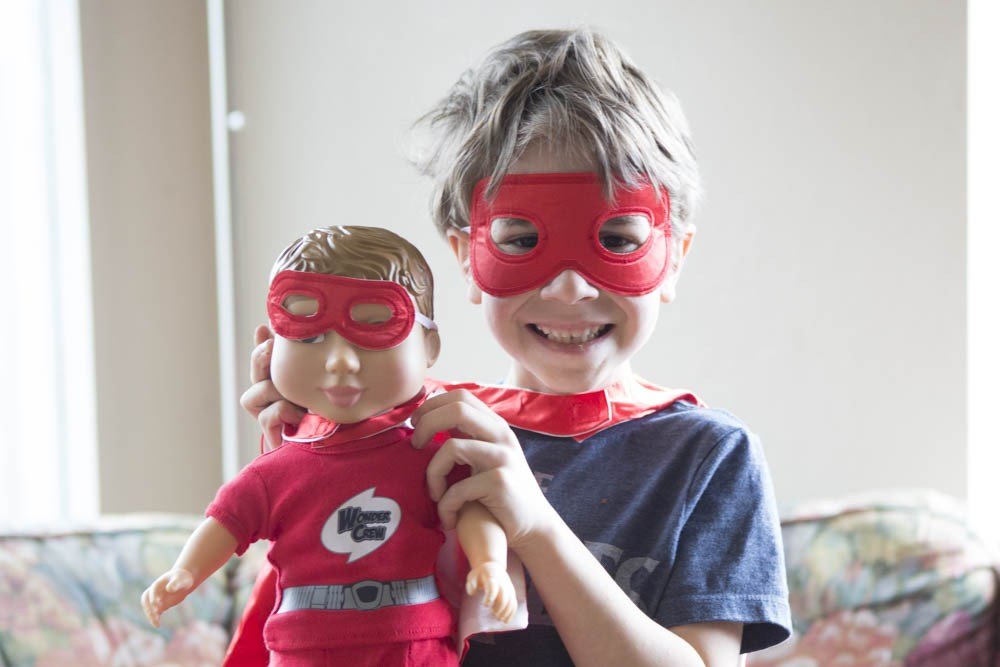 First, let’s address the elephant in the room.

Do boys really need dolls to play with? Do boys even like dolls?

I have eight sons. We have provided dolls for all of our boys to play with from a young age, along with blocks, plastic animals, and trucks. Most people don’t hesitate to give their sons stuffed animals to play with but many are leery of giving them dolls. I’m not sure why. I think most of us hope our boys will grow up to be caring, involved fathers. Giving them dolls (just like we do our girls) is a great way to encourage this. 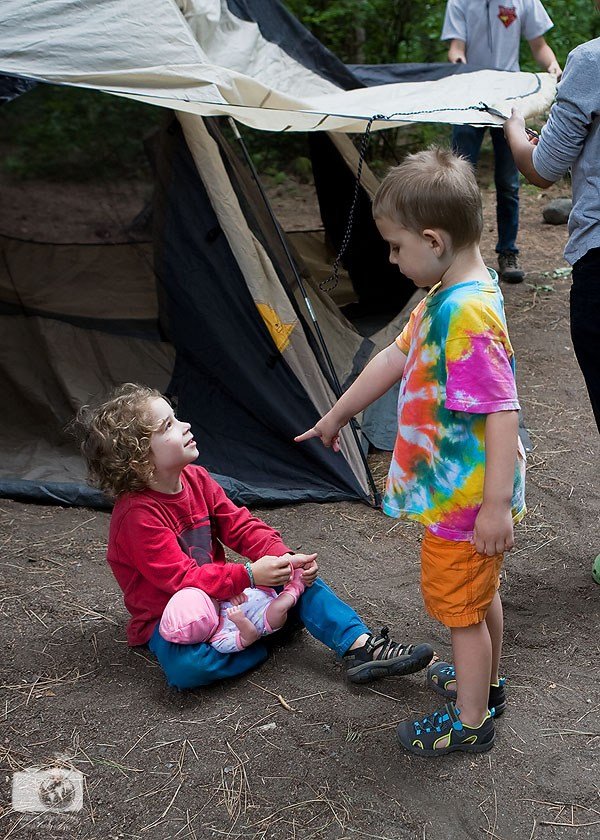 Just before my son, Apollo turned four he became obsessed with dolls. He received the doll in this picture above for his fourth birthday. He immediately named it Jonah Boy and dressed and undressed it repeatedly. 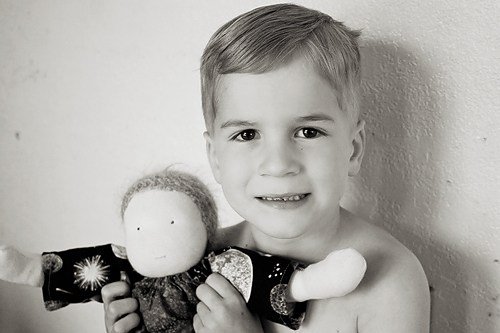 Hezekiah loved his doll…handmade for him by his older brother.

While all of my boys have spent time playing with dolls, I will say this. My boys play with dolls differently than my girls.

While my boys enjoyed dressing and diapering their dolls, their dolls also went off to war, fought in battles and ripped animals apart with their bare hands.

Their dolls were tough. They were strong and powerful…but when they got “hurt” my boys were there to comfort and protect them. 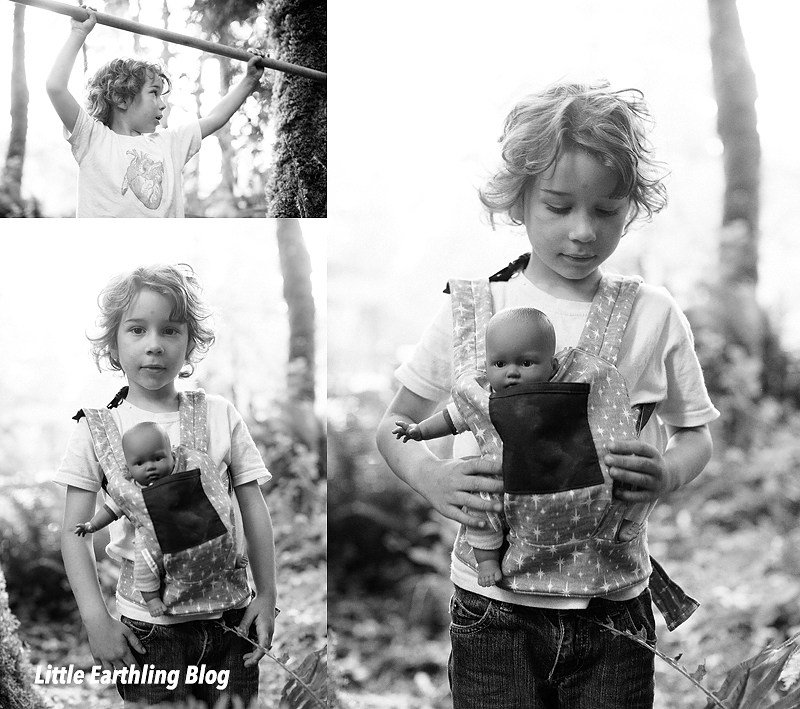 A few years ago we reviewed this Cuddle Pack by ColeenaMareena Quilts.

Apollo fell in love immediately and began carrying his doll around in it every day. You might think he looks very protective and nurturing carrying his baby around and I did too…

Until he informed me his doll was the Ninjago Zane and the Cuddle Pack was actually a Mech.

So yes, my sons loved dolls and Apollo still loves to play with dolls, even if he plays differently than his sisters.  Because of this, I was interested in seeing his reaction to the Wonder Crew Buddy Superhero Doll. 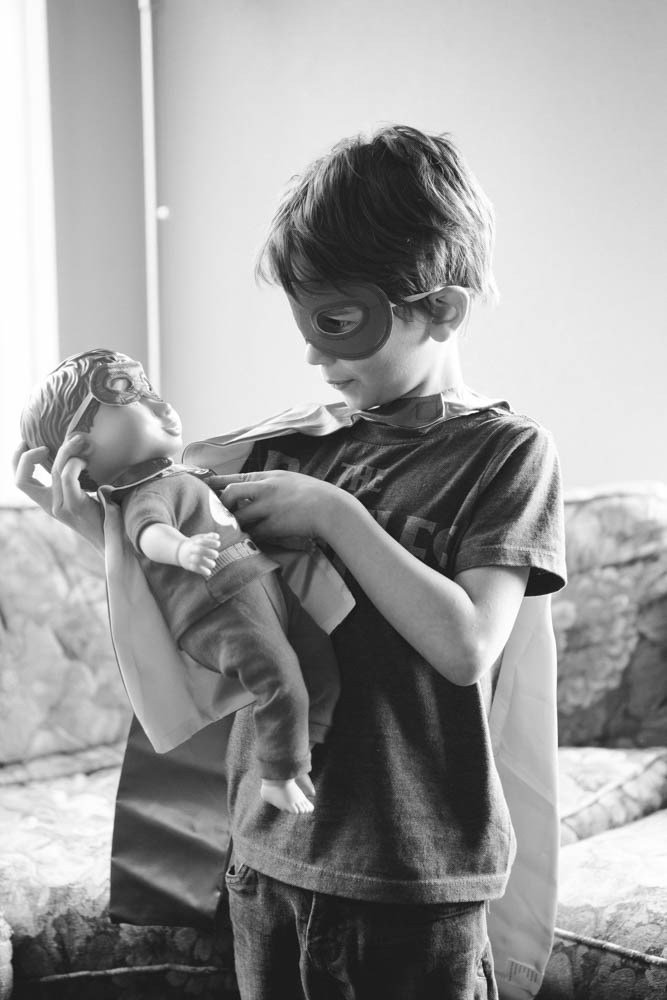 Apollo wasn’t sure what to think of the doll at first. He pulled it out shyly and began inspecting it. 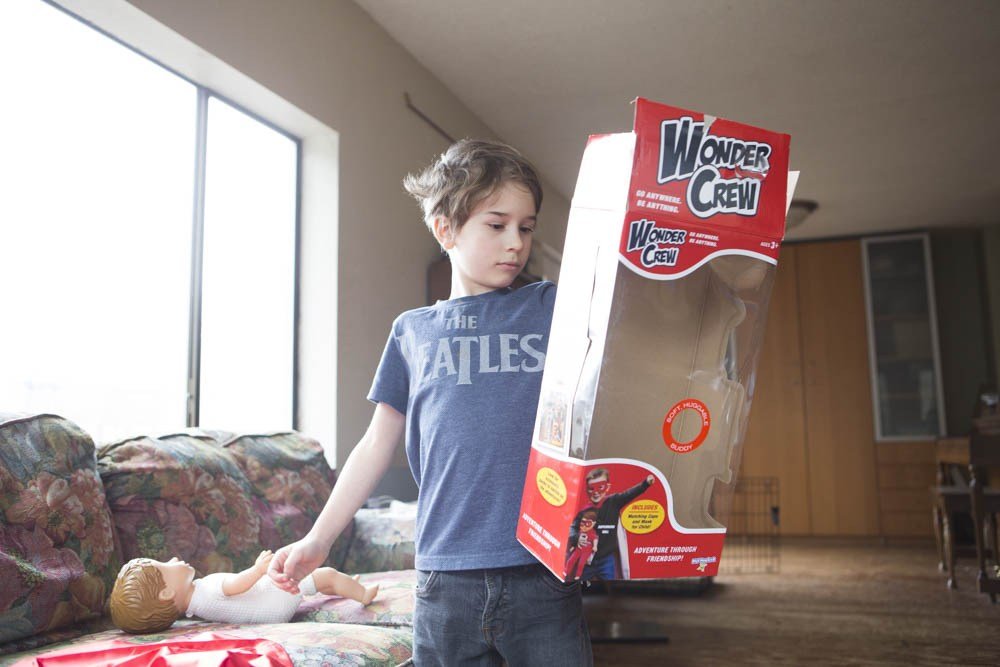 He enjoyed looking at the pictures on the back of the box to see what other dolls and outfits were offered. 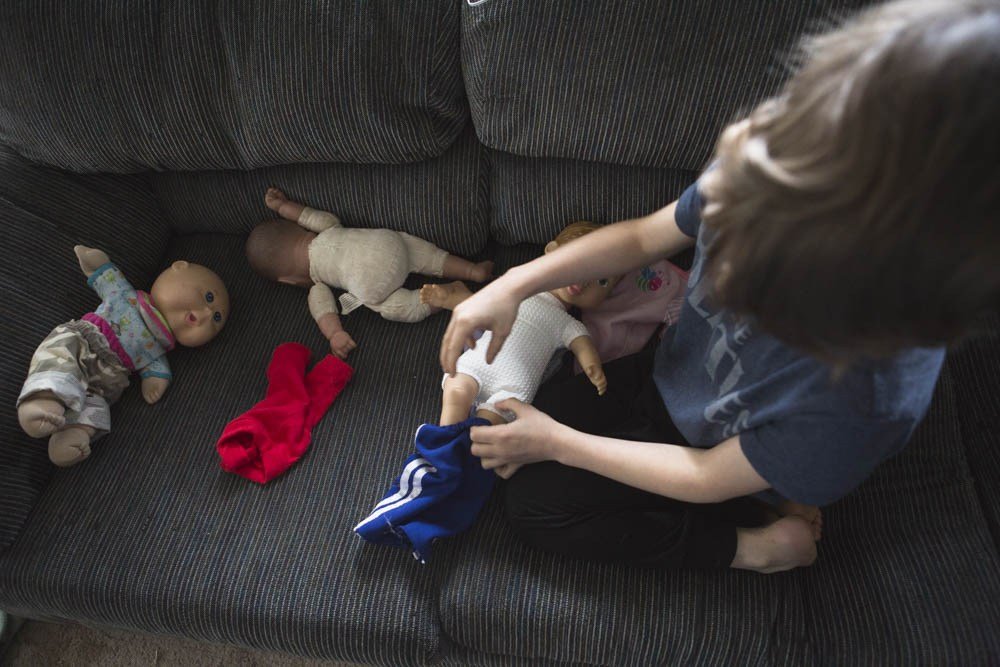 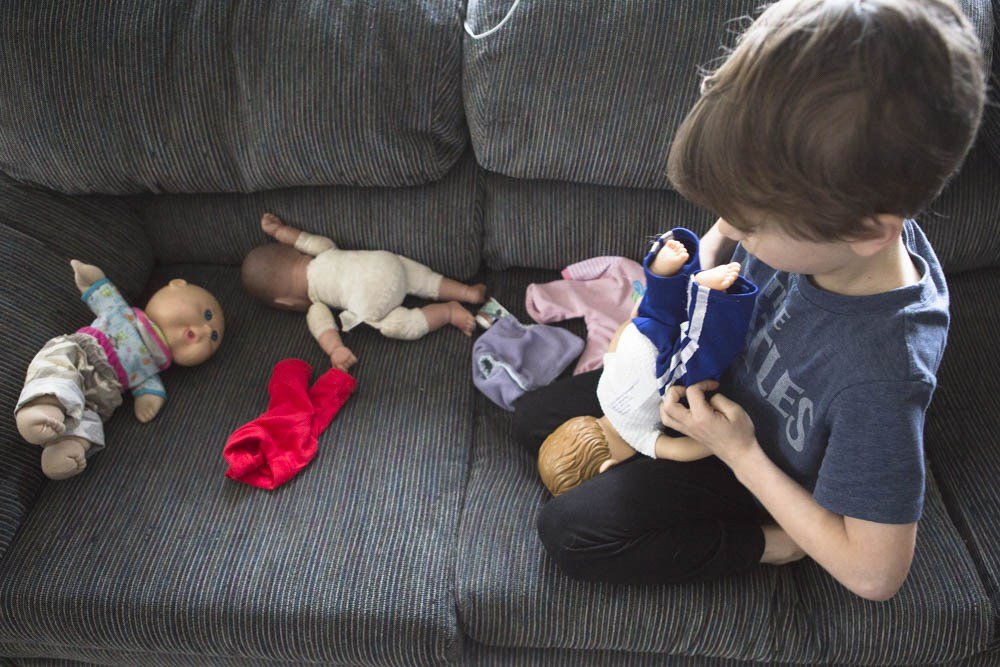 Apollo soon grabbed his other dolls and began swapping clothes (the best part about dolls). He played happily with his Wonder Crew doll and loved adding it to his collection. 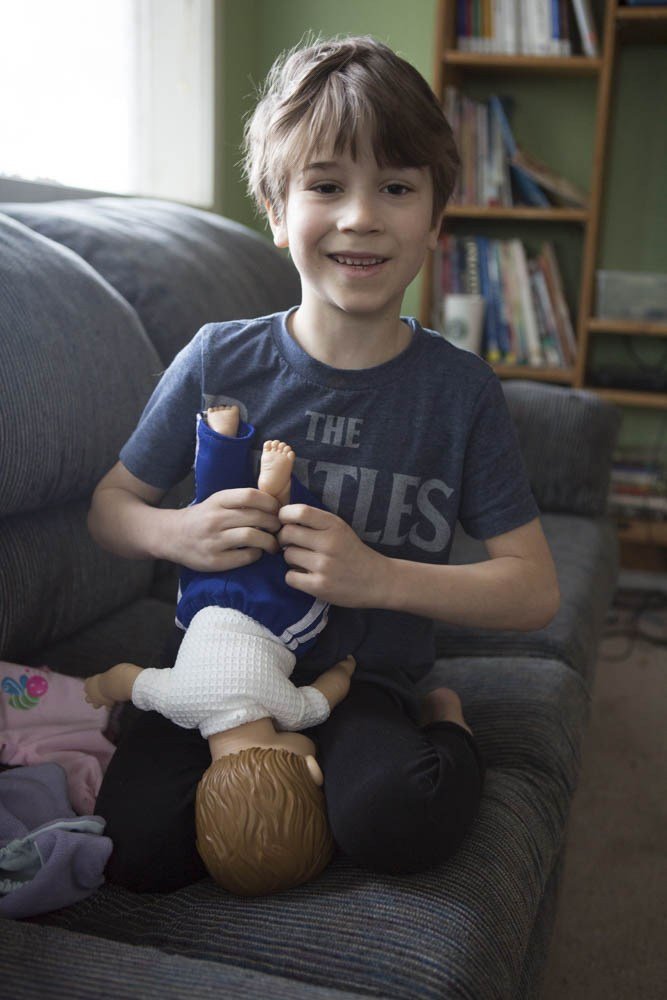 Apollo was laughing here because I made a comment about how I was glad this wasn’t a real baby he was dressing since he was holding it by the legs. 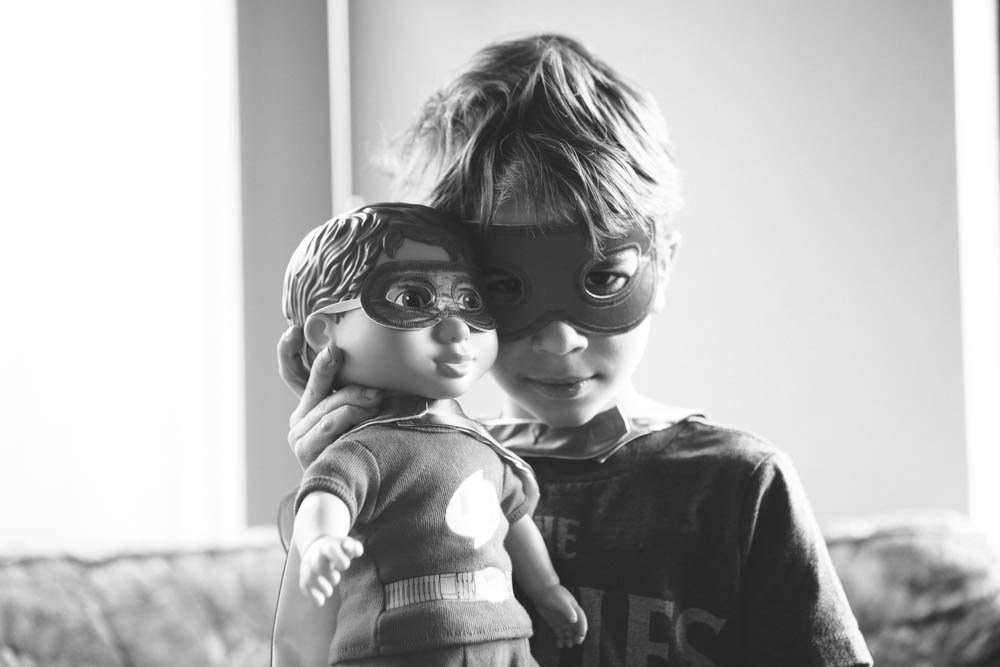 Overall, Apollo liked this doll. It has a soft body (which is his preference in dolls) and is just the right size for dressing and undressing. Apollo had these two things to say about the Wonder Crew Buddy Superhero Doll.

Why? Just like my girls love pink LEGO, Apollo has been frustrated in the past that most baby dolls come in pastel-colored outfits. I think adding a bit of diversity to our toys is a good thing.

There is an African American doll, an Asian doll, and a Hispanic Doll.

I have always sought to add diverse toys and dolls to our home. I purchased the generic “white” doll for review simply because on the day I purchased it it was on sale and $10 cheaper than the other dolls. Apollo is actually pining after the Hispanic doll because “he isn’t wearing makeup”.

If you are looking for a doll specifically for your son this is a great one to purchase. Remove the mask and cape and it is just a regular baby doll. I have no idea how your son will react if he hasn’t played with dolls in the past, but Apollo genuinely likes this one.

I would also purchase this doll for a little girl.