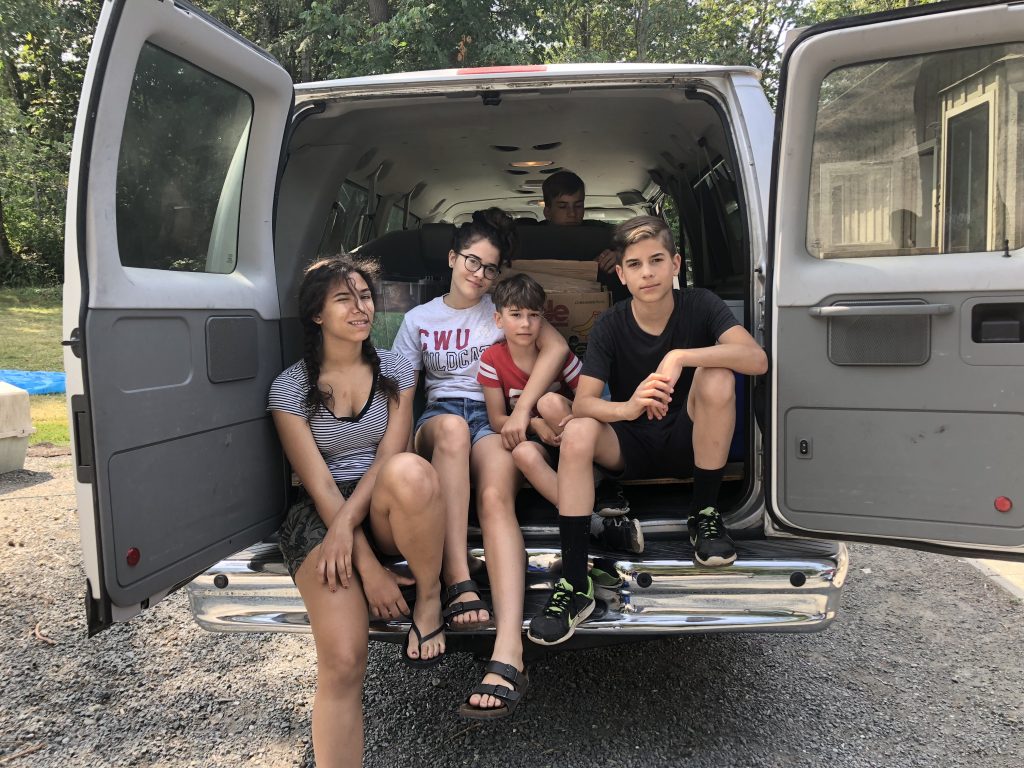 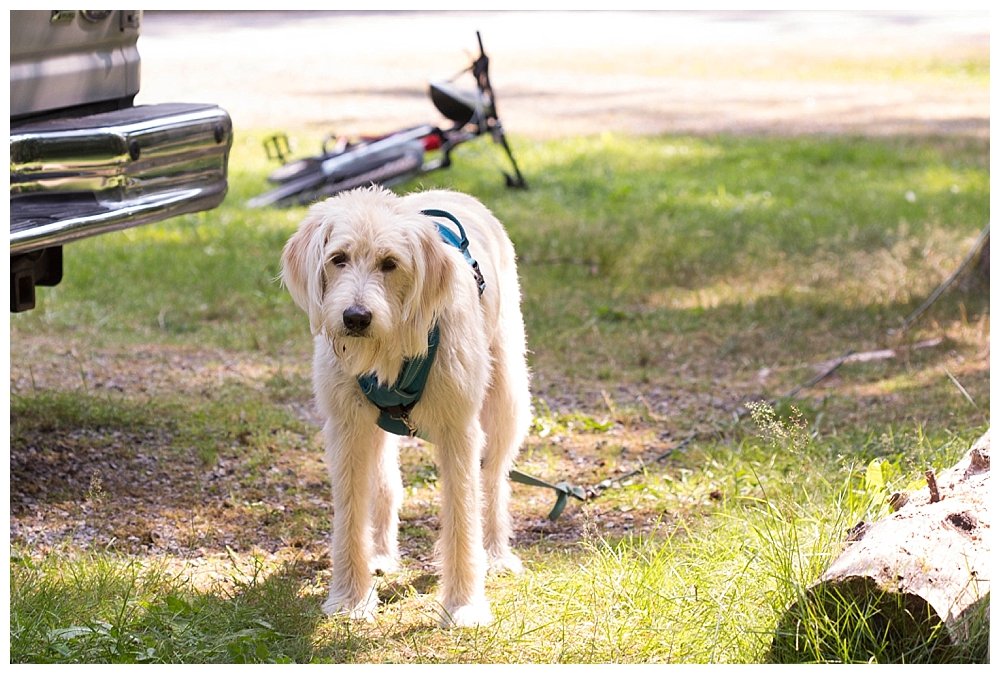 Last weekend was our annual church campout. We have been going since Mordecai and Jubilee were crawling babies trying to dive into the firepit and outdo one another to see who could eat the most dirt and swallow the most twigs. We have come a long way since then. 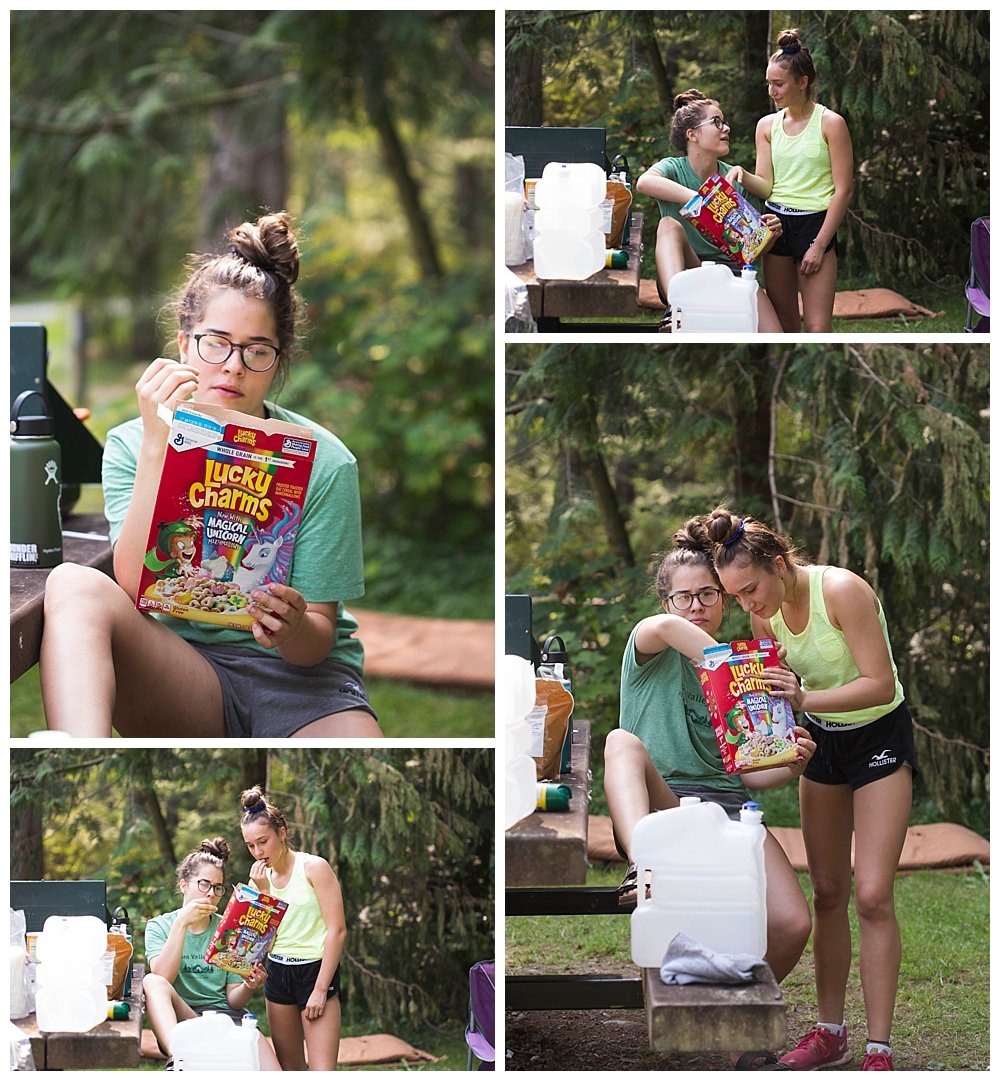 This year instead of dirt and twigs, Jubilee contented herself with eating Magical Unicorn Lucky Charms. Because, honestly, who doesn’t need a little magic in their lives? I know I do as long as it doesn’t come from Harry Potter.

By the way, we finished book two, by the way, and have started book three. Dang it, JK, did you have to write so many Harry Potter books? 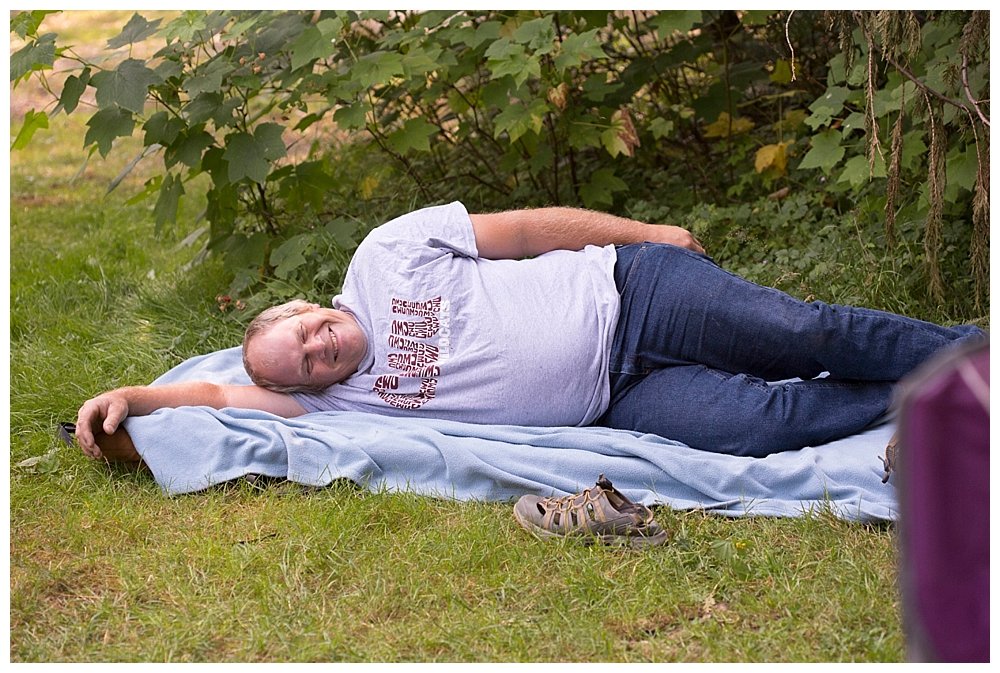 Working approximately 17 bazillion hours six days a week in the summer means Chuck is tired. Really tired. He chose to nap in the great outdoors at the church campout. 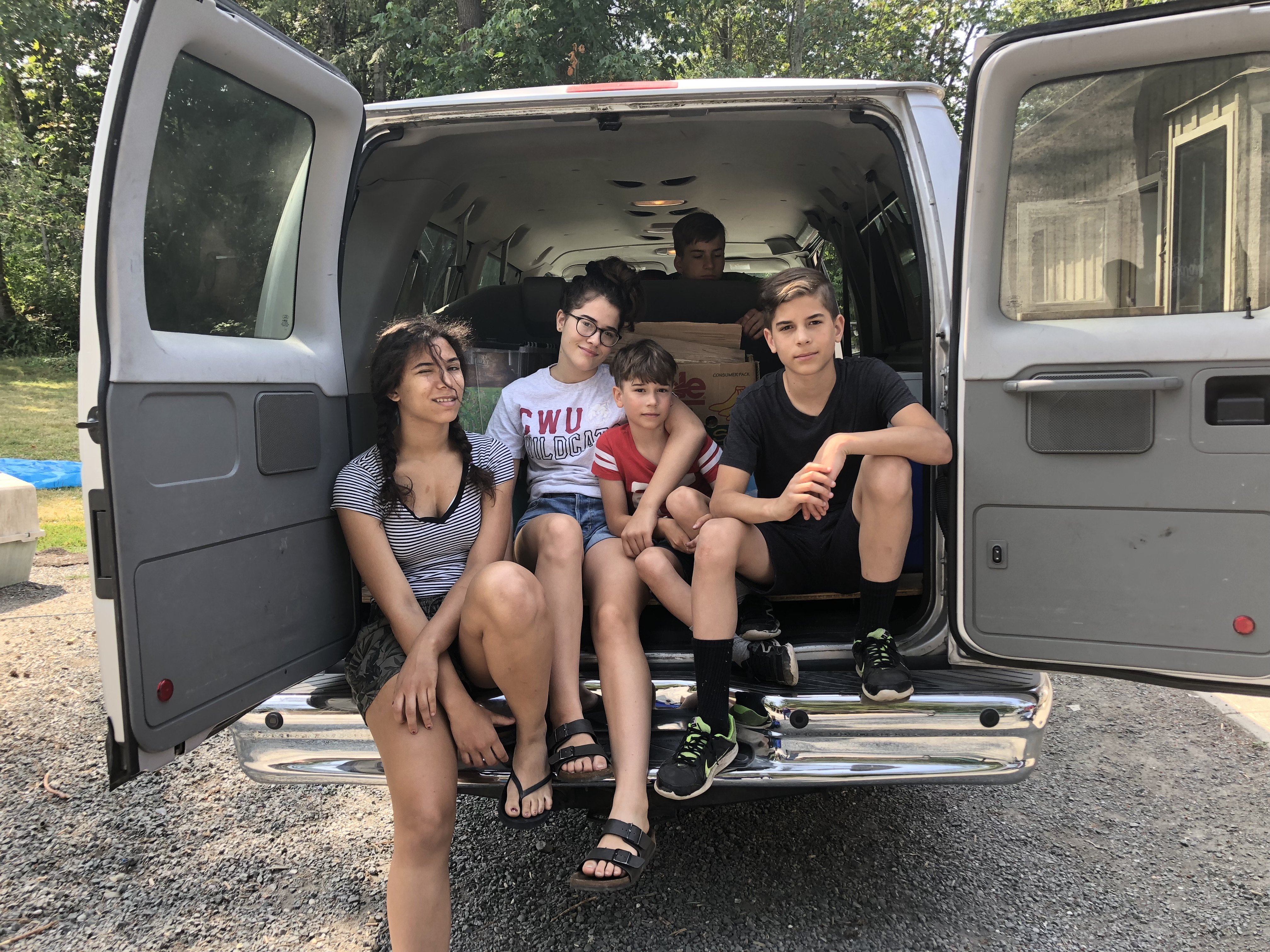 One bright spot about him working so much? I was able to pack up the kids, the van, the tents, all on my own and head up to the campground. Chuck arrived Friday night just in time for dinner. This meant no tension over just how much one should pack to go camping. Chuck believes we should be prepared for Armaggedon, the Zombie Apocolypse, and a trip up Mt. Everest (don’t forget the bottled oxygen) …I believe the entire point of camping is to keep things simple.

* Tip for a strong marriage: Leave some mystery and intrigue in your marriage. Never, ever, pack for a camping trip together.

Also. Despite the fact that I did literally all the planning, packing, shopping, organizing, and paying for this trip, Chuck was hailed hero of the weekend when he arrived, just in time for dinner, with the kids’ bikes. 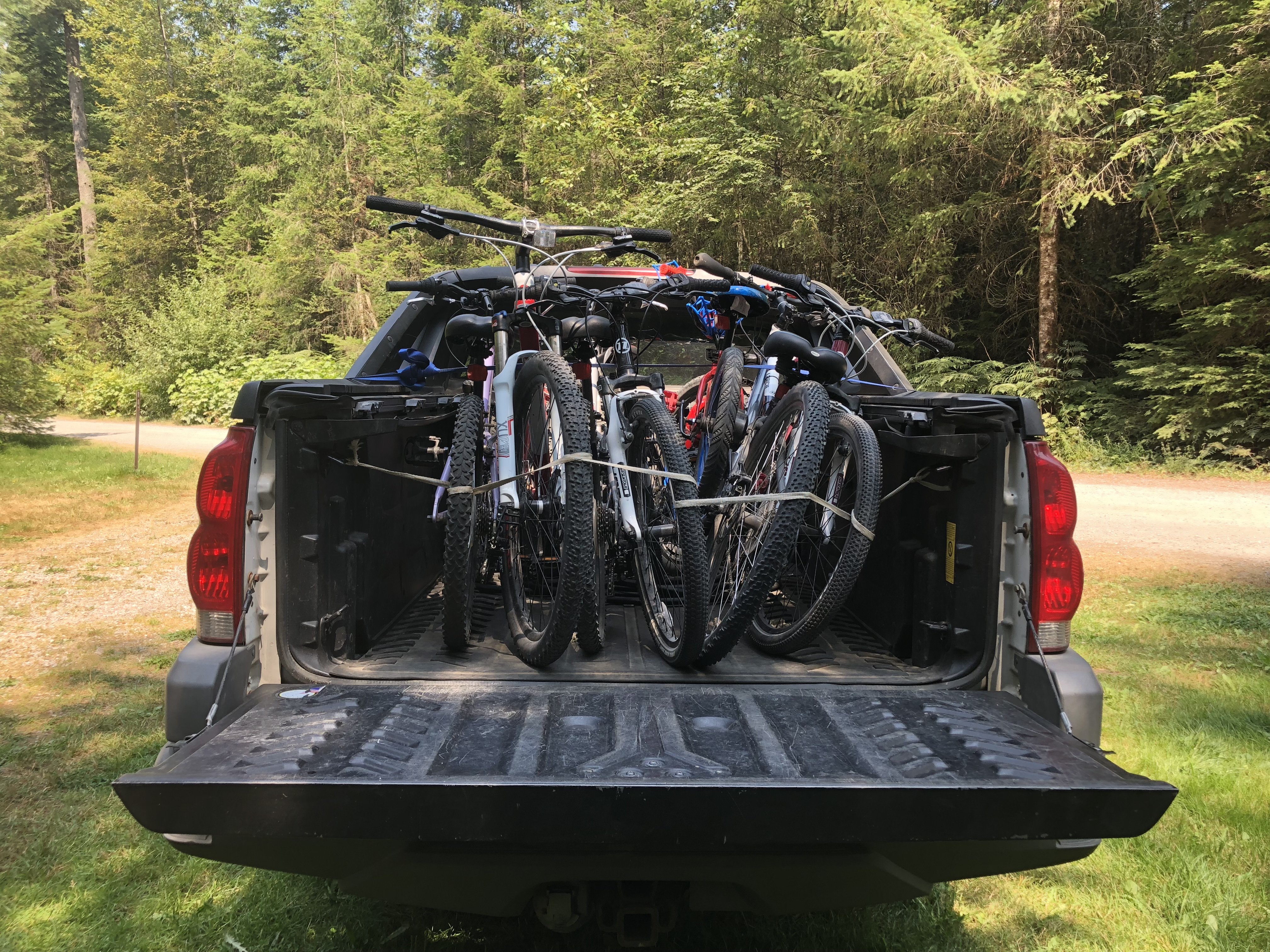 I can already hear the kids talking at our funeral someday:

“Remember how awesome it was when dad finally arrived at the church campout and we all got to ride our bikes?”

“Dad was always so awesome!”

“Oh, and remember he brought those little Snickers bars and Pringles?”

“Was mom even there?”

“No, I don’t think so, she was probably at a birth or something…” 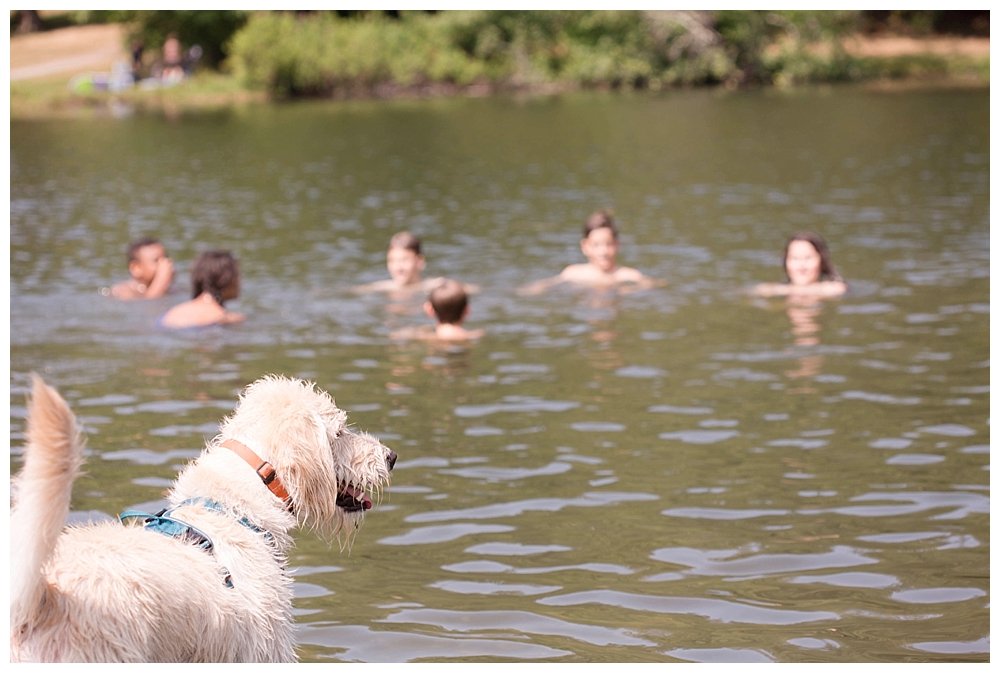 This was Frodo’s first campout ever. I just knew I was going to regret taking him…probably the moment we arrived at the campground and there were People! and Dogs! and Squirrels! and Fires! and Outhouses!

So. Much. Excitement for a labradoodle who just celebrated (except we didn’t’ actually celebrate) his second birthday. 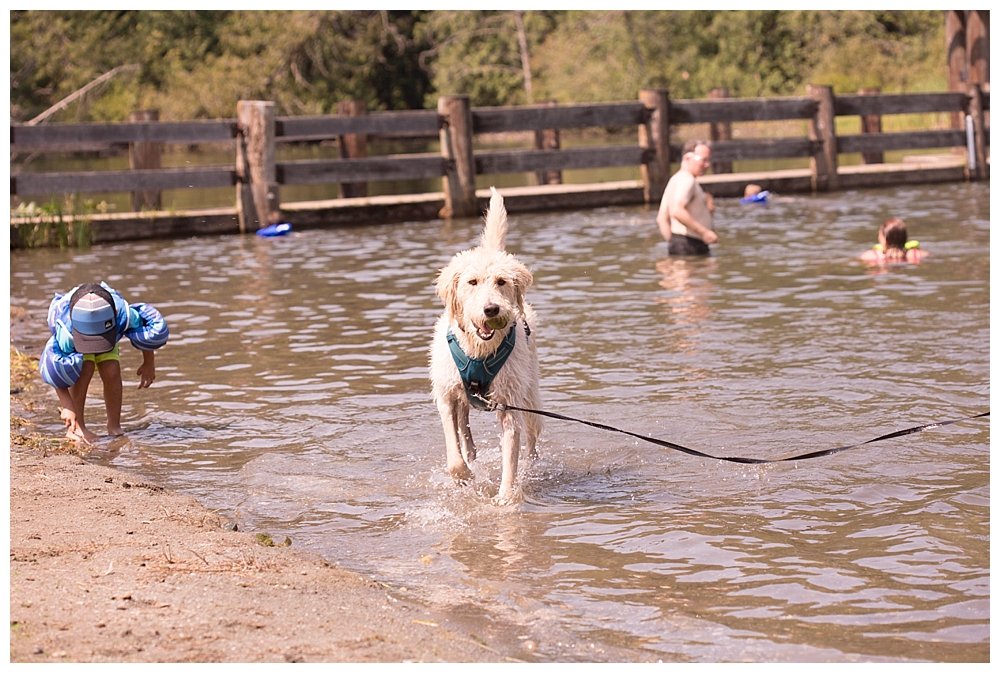 As it turned out, Frodo loves camping. His barking was minimal, he loved going on long walks, meeting new dogs, and swimming (for the first time ever) in a lake. That’s right, Frodo learned to swim at our church campout. 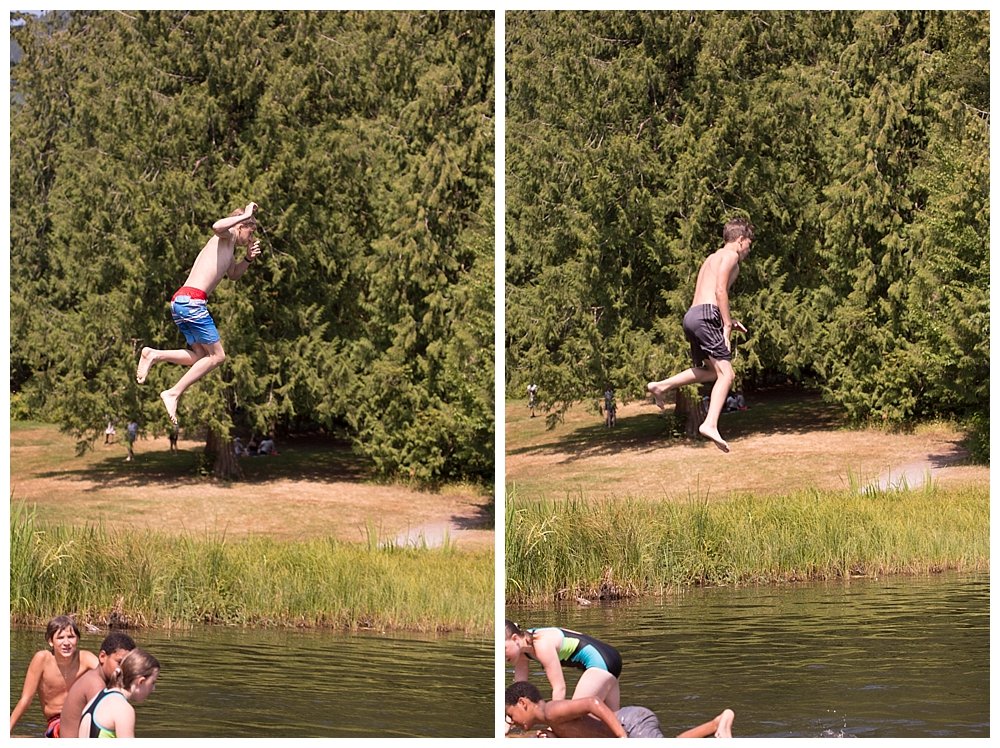 The kids were jumping off the dock and Frodo, with the excitement (if not brains) of an excited puppy, jumped right it. It was clear that he was not expecting to sink. He popped to the surface, swam a bit, then began to panic. Mordecai, who has always been strong and muscular, reached down and grabbed his harness in one hand and lifted a soaking wet, 80-pound dog right out of the lake. 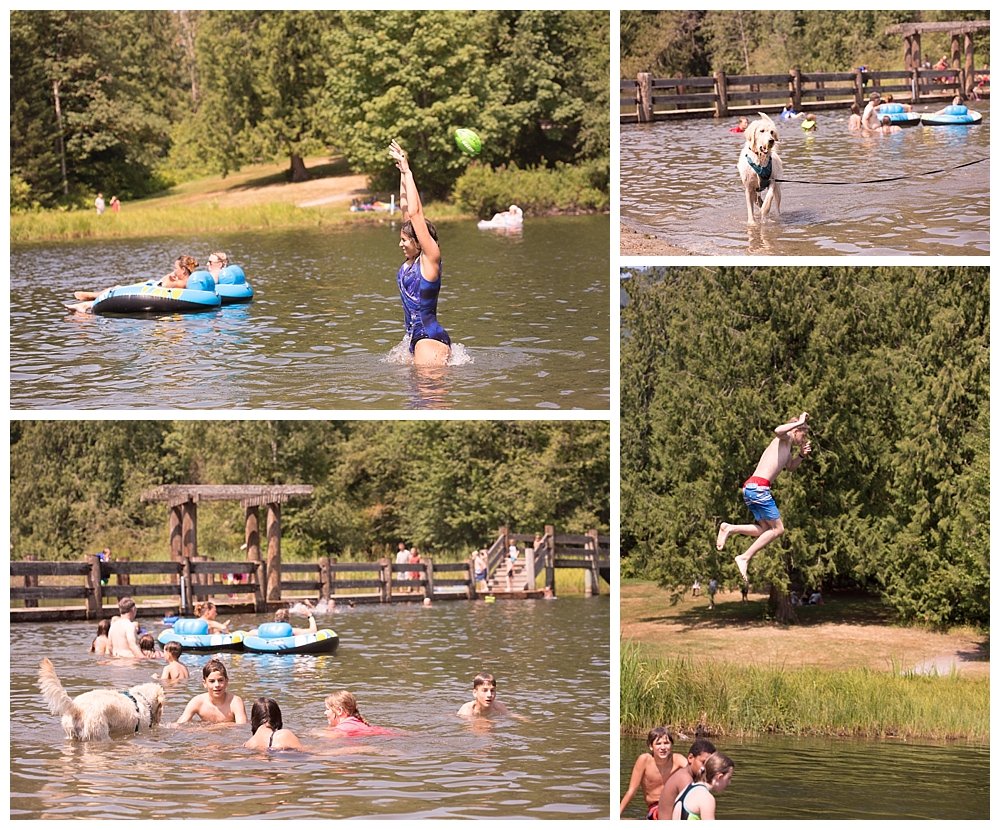 Frodo was pretty cautious after that…but the next day when we returned to the lake, I took him into the water and kept throwing a ball further and further out until he would paddle out to retrieve it and come swimming back. It’s official…he loves lakes! And swimming! 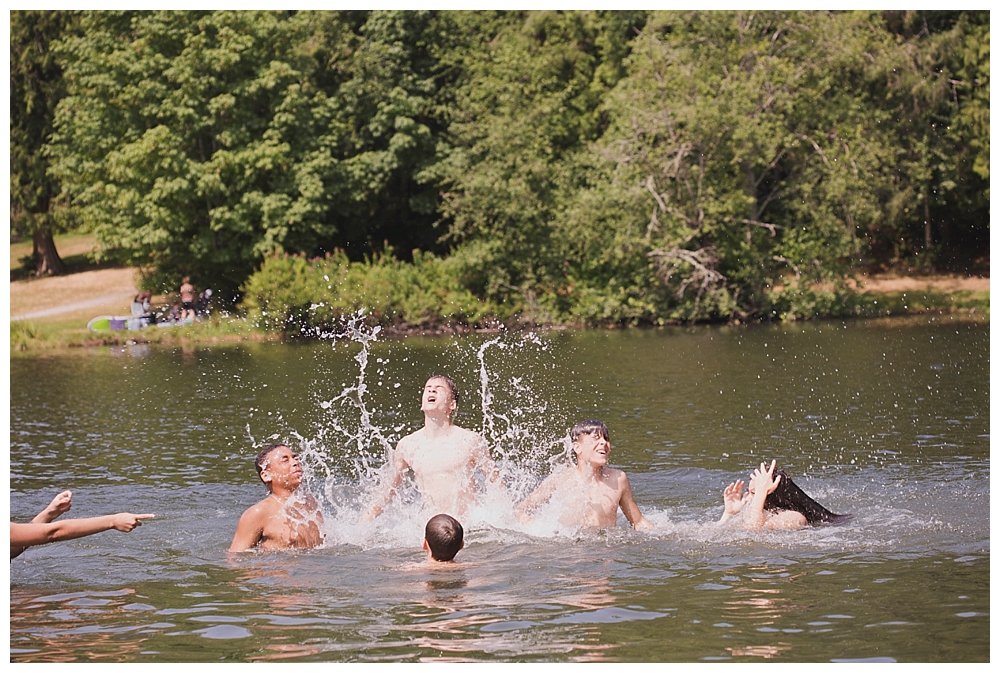 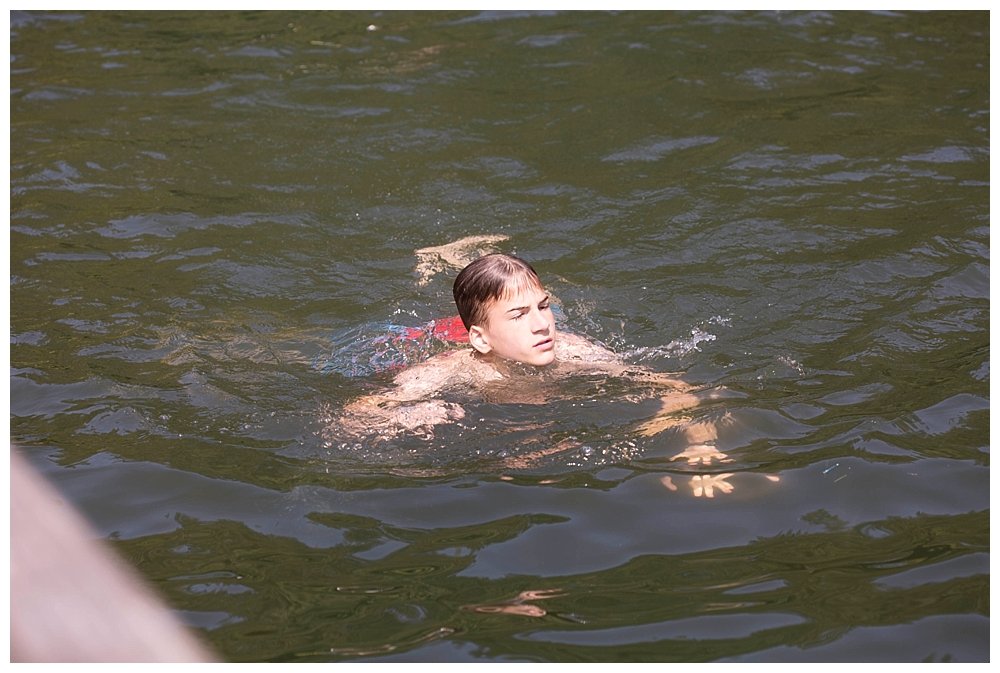 And so do my kids, of course, but we already knew that. 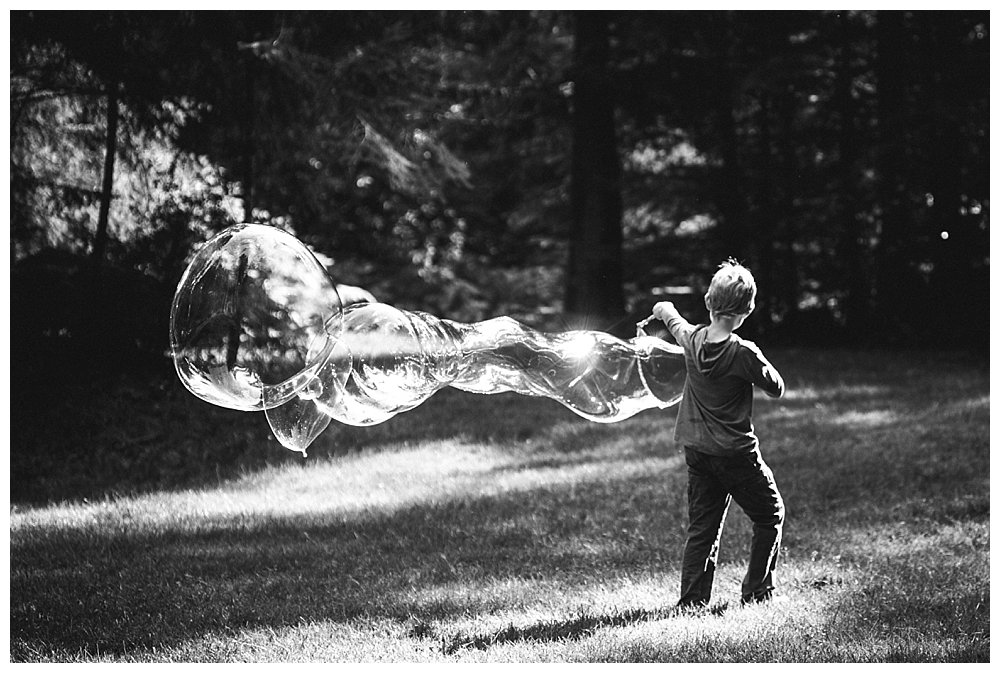 I took the supplies to make giant bubbles up to the church campout and brought them out Saturday morning. Needless to say, they were a huge hit! 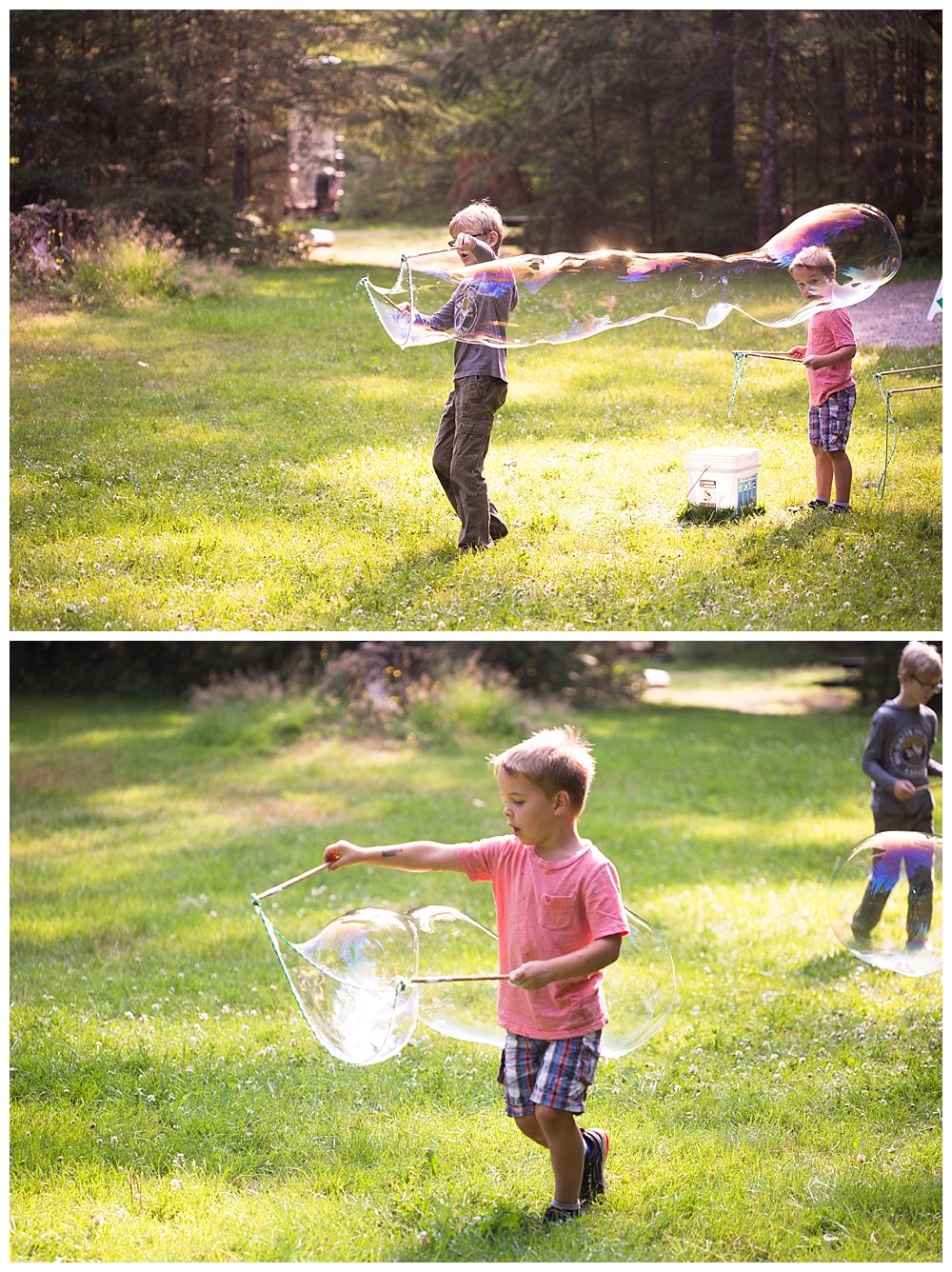 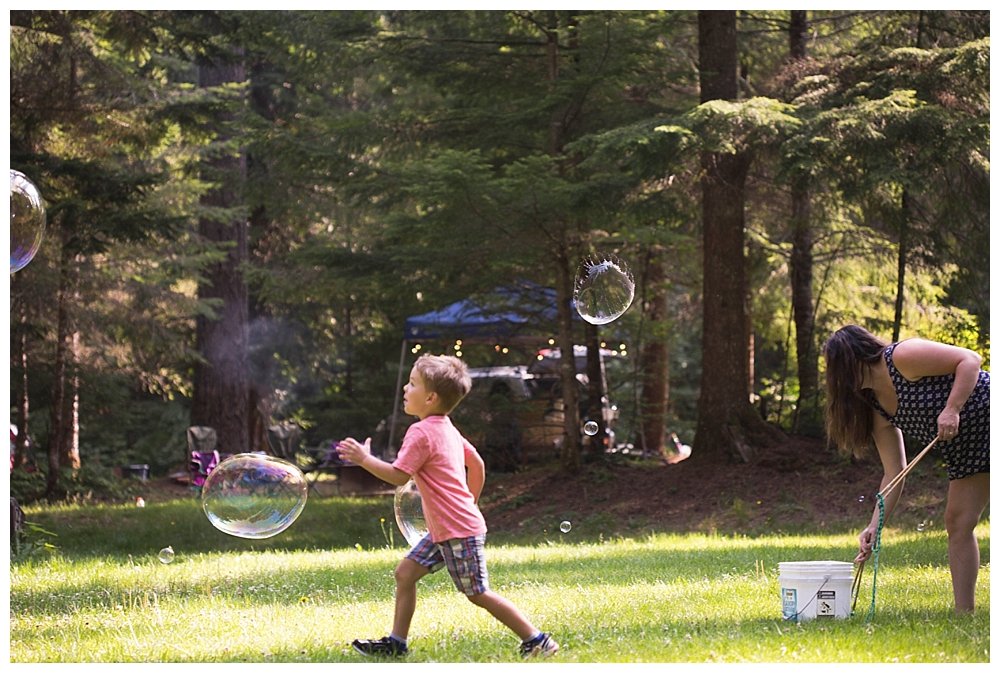 Want to be super popular at the next church campout? Bring giant bubble wands and bubble mixture. 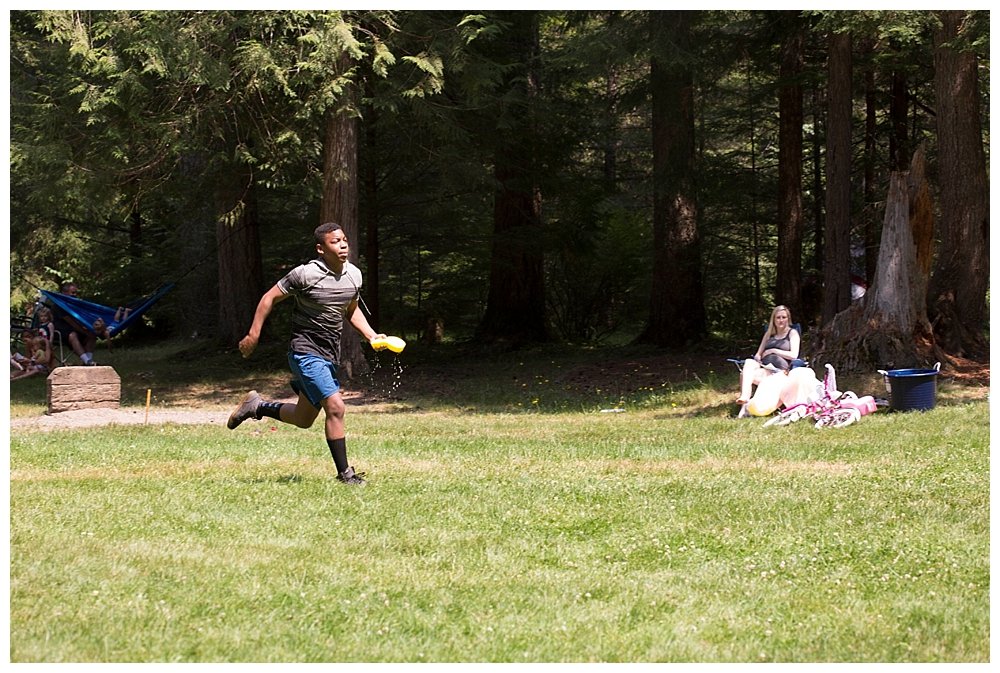 One highlight for the kids at the church campout is the Kids’ Olympics on Saturday afternoon. Teams are made up of kids ages 3-18. 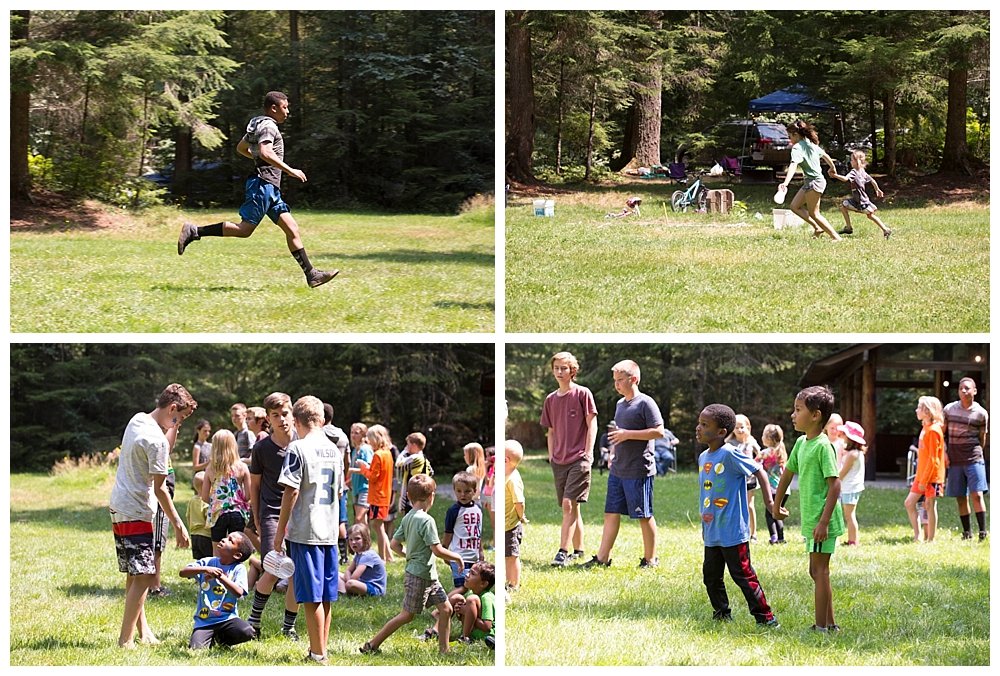 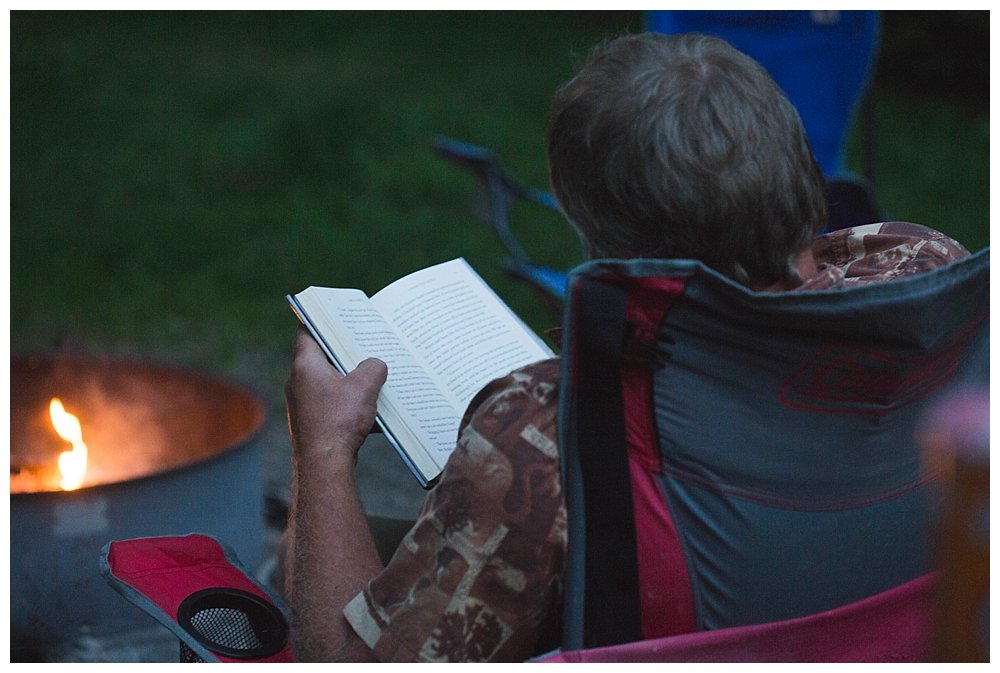 This is Chuck’s second favorite activity at the church campout (next to napping)…reading by the fire.

I actually didn’t take very many photos this year, because I was really trying to focus on video. So, watch this and let me know what you think. I would love to add a weekly vlog to my site, but I need to know what you’d like to see.

All in a Day: Mother’s Day