Sleep Deprived EEG and a Trip to Seattle Children’s

{This post was started Tuesday night and finished this morning. All photos were taken with my iphone.} 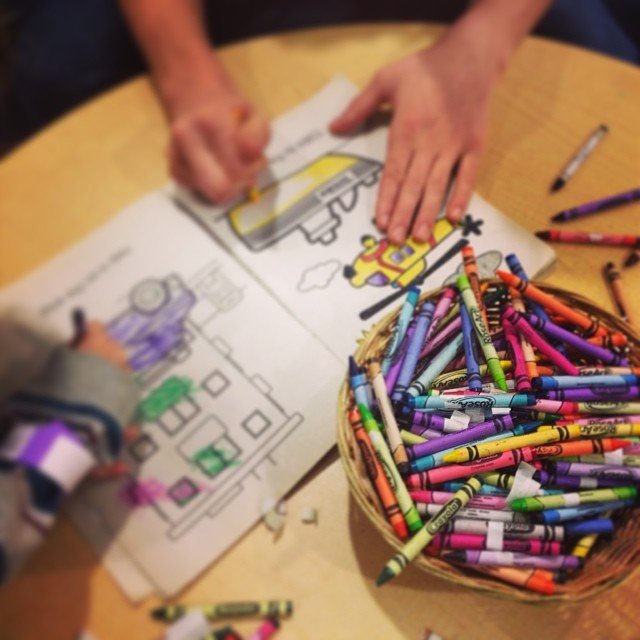 I have survived (or nearly survived, it’s almost bedtime) two marathon days of doctors, tests and My Other Children. You know, the one’s who are not Apollo? They too have needs and wants and love to give and love to receive. They even have occasional appointments of their own. Who knew? 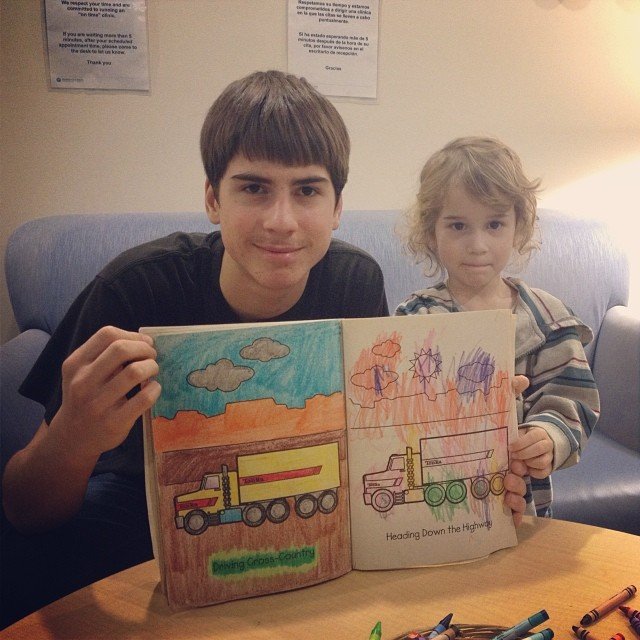 Monday Apollo and I visited a psychologist at Seattle Children’s Hospital. He is being seen so we can get some help with his sleep issues. There was so clearly a change in his behavior/attitude toward sleep after his first double aortic arch division. Yes, he’s always been a poor sleeper, but after his first heart surgery he developed an absolute terror of sleep. Yes, he’s better than he was then, but he still will not go to bed alone and even when he wakes up in bed between me and Chuck, he cries out in fear.

The psychologist was straight with me. He’s going to need “sleep training”. It’s going to take a long time and there is no point in starting until he isn’t facing upcoming procedures requiring anesthesia ( right now a bronchscopy and possibly having his tonsils out). She wants to consult with her colleagues, someone from the tube weaning clinic, go over his sleep study results and the results from today’s EEG. The good news is, I was able to cancel (or postpone, really) two trips to Seattle Children’s in December. This means I should be down to only one more medical trip south this year!

As Apollo would say, whoo-hoo! 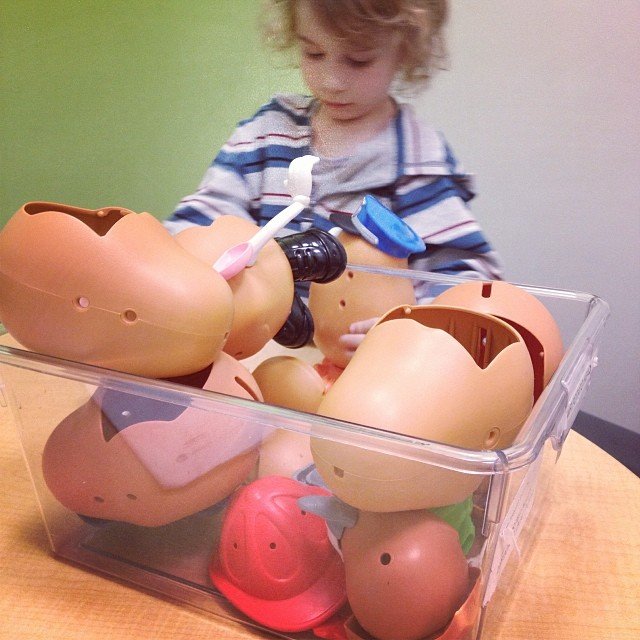 Our afternoon at the hospital was filled with both adventure and misadventure. Twenty minutes after of our appointment time the psychologist came out to the waiting room and apologized…she had been double booked and was with another family and expected to be with them for at least another half hour. To make a long story short,  I had to go collect Jubilee, Hezekiah and Tucker from the sibling playroom (since it was closing in 15 minutes). The psychologist was extremely kind and helpful. Once we were finally called back for our appointment, she found an empty room for the kids and set them up with toys, games and even hot chocolate!

On our way out the hospital we made the  mandatory bathroom stop…In the ladies’ bathroom I began to head toward the handicapped stall, since I had Apollo and wanted the extra room to manouver…Apollo stopped in his tracks, however, and insisted he was going to use the urinal. When I told him there wasn’t one in the ladies bathroom, he said, “Yes, see!” walked right over to the low handicapped sink and pointed.

Yes, my friends, he was planning to pee in the sink. Thank goodness I had Enoch with me, and was able to send him to the boys’ bathroom with a proper urinal.

The delay meant we didn’t get home until 7:35 and Jubilee missed out on the birthday shopping trip that I had planned after I dropped Judah off at Driver’s Ed (Chuck had to take Judah instead). 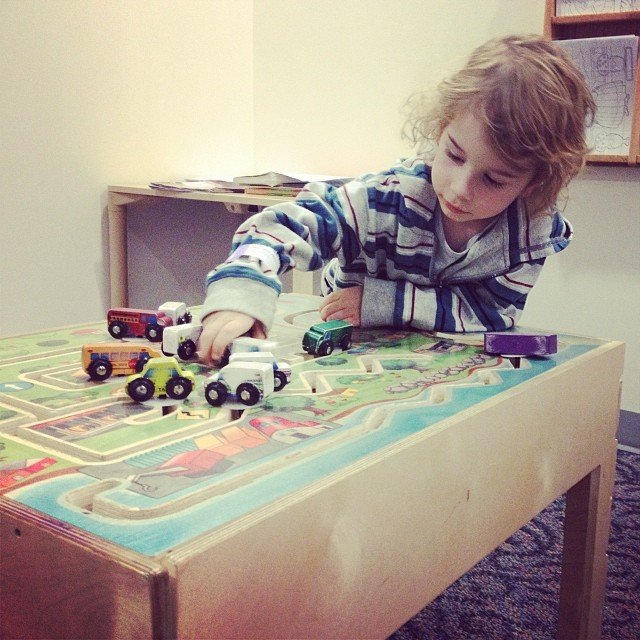 The late arrival at home didn’t bother Apollo any…since we were supposed to keep him up until midnight and wake him at six am, you know, after he was already utterly wiped out from our trip to Seattle. We managed to keep him awake until 11:30 (with many walks around the house in the cold November air). We also managed to keep him awake all day (even though by 7 am he was complaining of being tired). As for the EEG, it takes about a half an hour just to get the wires attached. I hooked him up to his feeding pump and he was asleep before they even started the test. His sleep was a mixed blessing. With a sleep-deprived EEG they want a reading of the child awake and asleep. The technician said it was okay, they would just wake him up at the end. Only he wouldn’t wake up. Not when they turned the lights on, not when she clapped loudly, not when they put the strobe light in front of his eyes (seizure inducing), not when I called him and gently shook him. He was out.  This also meant that he couldn’t hyperventilate (another form of inducing seizures).

At any rate, we are done and now await the results.