Surgery and Stitches. Just a Typical Week in the Land of Chaos 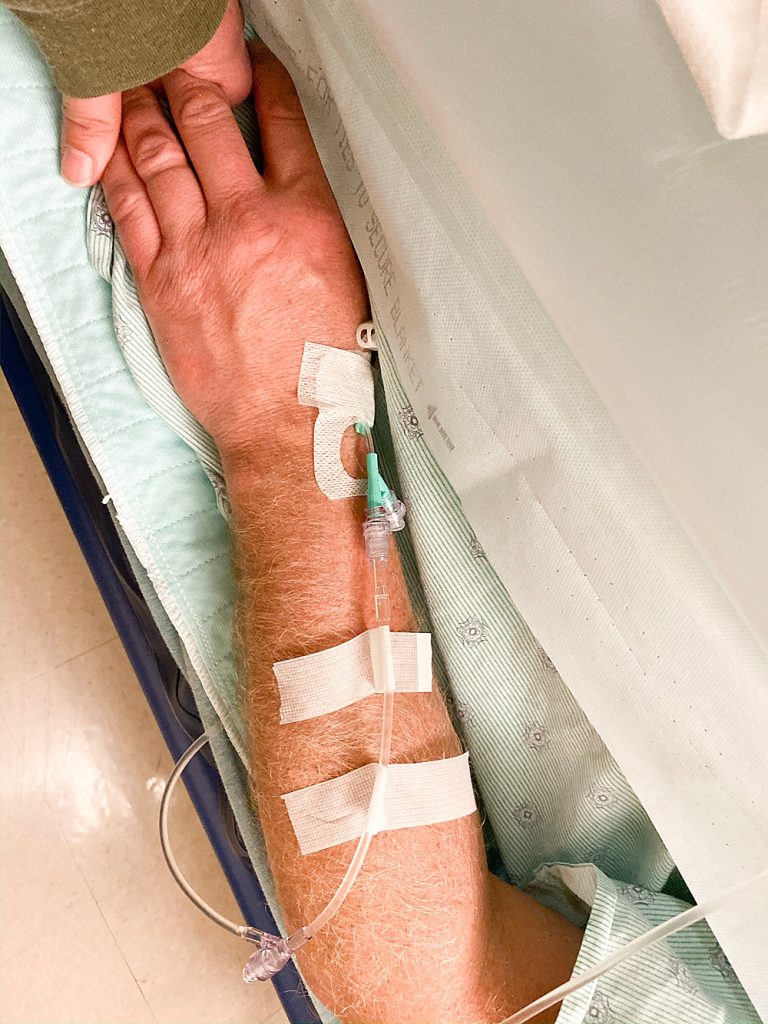 It was a Dark and Stormy Day…

Chuck had surgery last Thursday. Don’t worry, it was a scheduled surgery planned for the slow time in the construction business. Everything went well. Pain was a struggle initially after surgery and he ended up spending two nights in the hospital.

Saturday morning we were waiting on the three zillions pieces of paperwork it takes to be discharged from the hospital when I suddenly had a facetime call from Jubilee.

Hello? This is Jubilee and I Need Stitches

Her face popped on and she was rather, ahem, hysterical. Between her sobs and yelling, I managed to here the words stitches, knife, cut. I asked her to show me her finger, but between blood, hospital wifi, and a jiggling camera, I was unable to confirm nor deny the need for medical intervention. I asked her to have someone else in the house take a look. Tucker (14) and Kalina (18) both said it needed stitches.

Great. I was at the hospital already, was I not?

Our family has a long history of stitches. Everyone in the house (with the exception, perhaps, of Apollo) can take one look at an injury and determine whether or not it needs stitches. How did we come by such a unique skill set, you might ask? The way every skill in honed…experience.

Fourteen Kids and a Billion Stitches

Out of the 11 children we’ve raised since infancy, (three of our children were adopted as teens) only three have avoided stitches. Here is the current tally.

Judah, at age 10, got 11 stitches when he sliced open his hand and nicked an artery chopping celery. He was showing off his fancy karate-like moves to his siblings. I don’t think they were impressed.

Enoch has had five stitches in his foot (cut it while running around barefoot outside) and four in his arm (cut on a screw sticking out of a board).

Kalina had two stitches in her eyebrow at age one. We were homeschooling, at the table. I was teaching the older kids to count change and they were putting it in a glass jar. Kalina, in her enthusiasm, was dancing and moving her head back and forth…right into the rim of the jar.

Hezekiah had three stitches in his chin when he fell down in a gym and another three in his head when he attempted to sneak out of his room during naptime. Spoiler alert…we found out he was out of bed.

Tucker has had three stitches in his finger at age three when he picked up the sewing blade I had just set down and ran his finger along the edge. He, in a remarkable feat for such an active boy, managed to sleep through the actual stitches.

Getting Stitches at Urgent Care

Thankfully, Kalina was home when Jubilee cut her finger and was able to drive her to the hospital. She brought Jubilee up to Chuck’s room and after one look at her finger, I concurred with Kalina and Tucker’s diagnosis…it needed stitches.

Kalina ended up staying with Chuck and bringing him home from the hospital while I drove Jubilee just down the road to urgent care for four stitches.

Sadly, just a typical day here in the land of chaos

Hostess Twinkies and the Baker’s Dozen