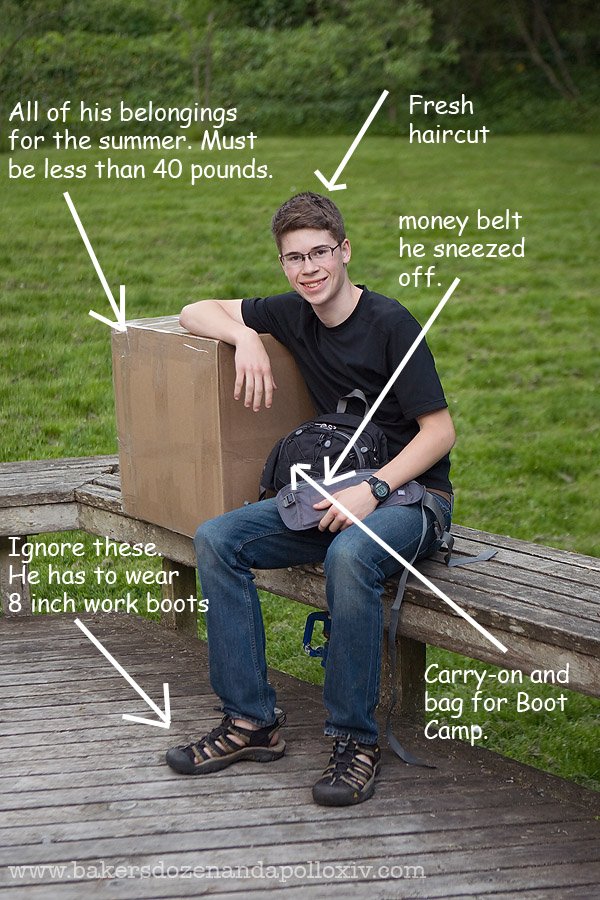 Yesterday was Judah’s last day with us before his Teen Missions International trip to Zambia (<—-click this link. It has info about his specific trip!) It was exciting, joy-filled and nerve-wracking. As soon as the little kids were on the school bus, we loaded Judah’s money belt with his: passport, shot records, visa photos, spending money and a cashier’s check with the remaining money for his trip. 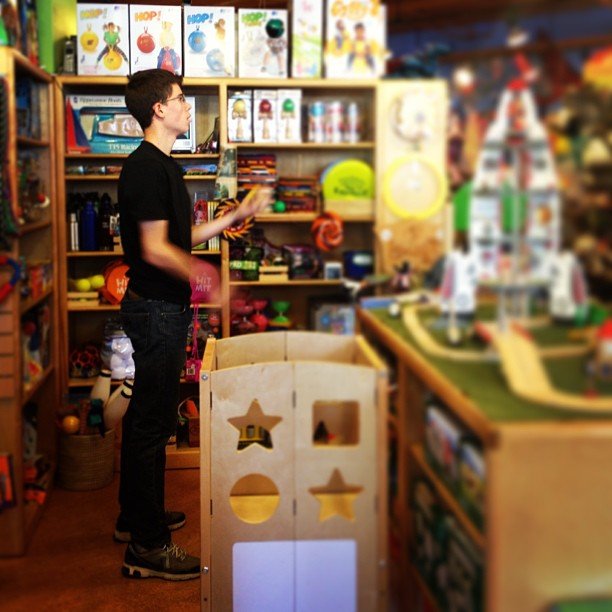 We cleaned up and headed to the bank to get the last of the money for the trip. After that little errand, we were more or less free for the rest of the day. We decided to head over to Colophon Cafe so Judah could use the coupon for a free cone he got from the summer reading program last summer (can we say: MomFail?). Parking was, as always, tricky in that part of town. The weather was beautiful so we parked a block or so away…right in front of a cute specialty toy store. We decided to take a look around (after all, we have two birthdays in our family this month).

Judah started juggling  and struck up a conversation with one of the employees. They swapped juggling stories and tricks while Apollo tried out glider bikes. After a half an hour or so we decided to head out. I surreptitiously handed Tilly some money and asked her to buy a toy I had spotted for Apollo’s 3rd birthday. I headed out to the van to change his pull-up.

Enoch came out a minute or two later and informed me the bill was counterfeit. If you have the pleasure of knowing Enoch in person, you know he is a prankster and anything he says needs to be taken with a grain of salt. I was still dressing Apollo when Judah came out and asked if the money I gave Tilly had come from the bank. I said, “Yes, but not from our trip today“. He shrugged and headed back in. By the time Apollo was dressed and changed my children still had not emerged from the store so I headed in.

I was greeted by the sight of every employee in the store gathered around the money I had given Tilly. Turns out Enoch was telling the truth, the bill apparently didn’t pass the counterfeit test. The woman in charged asked where I got the money from and specifically which bank. I told her and she informed me that was their bank too. She ended up calling to verify the authenticity of the bill. Then entire incident delayed us 10-15 minutes and I admit I was beginning to sweat a bit. One of the employees told the boys they had just had training to spot counterfeit bills…apperantly not enough training. Or maybe too much.

Once we were cleared and had the purchase paid for, we at last headed out for the long-awaited ice cream cones. 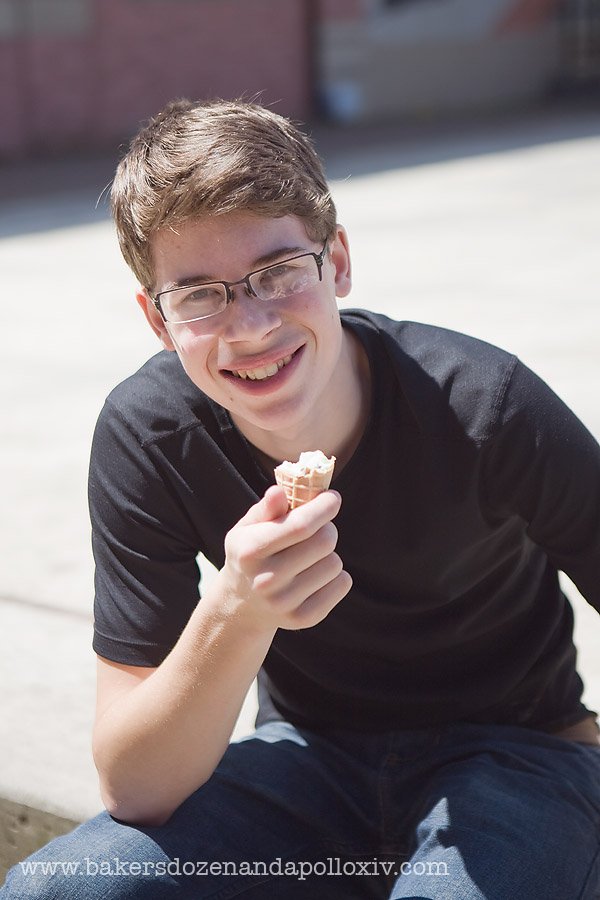 Next we headed to a nearby park to some exploring and then grabbed pizza on our way home.

Judah was so sweet, as soon as dinner was over he told me he was going outside to play soccer with the little kids since he’d be gone all summer. Just before bed I prayed out loud with the children that God would “keep him safe and protect him from energy”. Once the peals of laughter stopped and I regained my composure, I prayed that God would protect him from injury…

Once the little ones were in bed I watched a movie with my four teens. I knew sending Judah to bed early wasn’t going to result in more sleep. Chuck and Judah were up at 2 AM  for their drive to Seattle. At one point during the drive Judah sneezed and broke his money belt. The money belt that I told him repeatedly not to remove under any circumstances…the money belt that contained every document he needs for his summer…Thank goodness Chuck was able to buy a new one at the airport!

Today I awoke and let out a huge sigh of relief. We did it. We send child number two off on a Teen Missions trip. I can’t wait for to hear about his amazing adventures!

Teen Missions International {Then and Now}

Ben and Aaron Wrap Up