Life with Boys {I have 8 sons…nothing scares me} 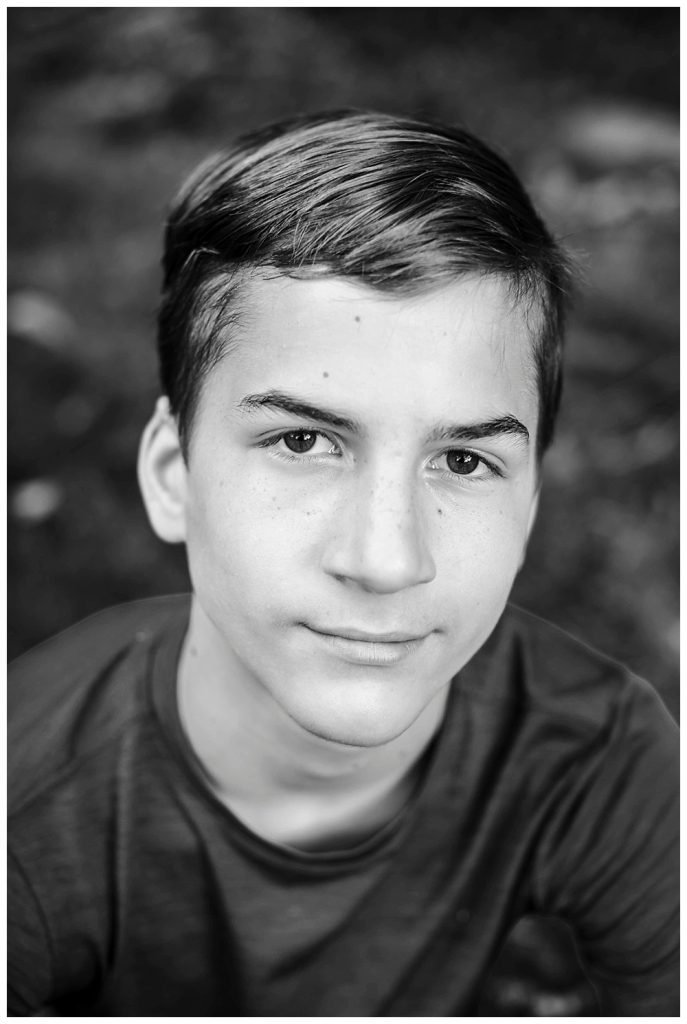 This post is sponsored by Mirum, but opinions expressed are my own. 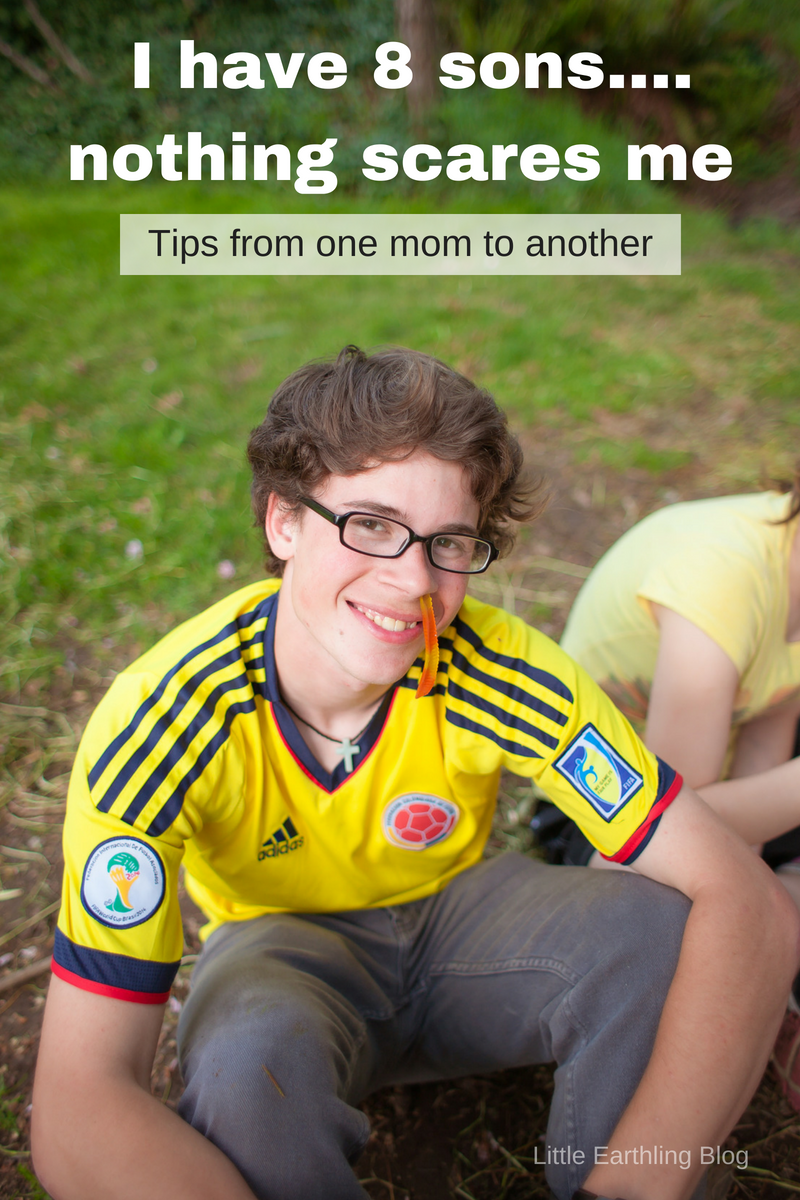 I always laugh when people talk about being a “boy mom” or someone comments on a mom who has THREE boys. I have eight boys…nothing scares me.

Judah with the dead mole he begged me to let him keep as a pet!

Truth be told? My wildest craziest child was a girl (hi, Adalia!) and one of my calmest, quietest children is a boy (I love you, Hezekiah). I have certainly not found raising eight sons to be any harder than my six daughters. Despite everything I heard from other moms, my boys didn’t potty train any later than my girls. They did not develop language slower or read later. In fact, my two children who were reading independently at age four? Both boys!

Is raising boys harder than raising girls? No.

Is it different? Yes. 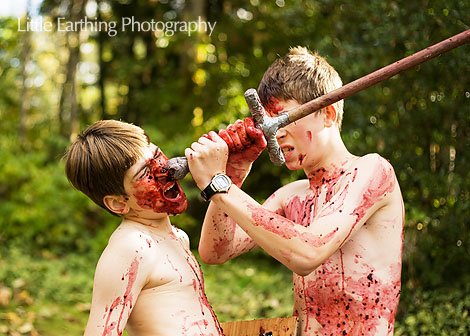 The day Enoch and Judah decided to have a war…with blackberries for realistic special effects.

When Adalia and Judah were four and five they loved to play with our collection of Playmobil and little plastic animals. They would play together for hours. Adalia’s figures were busy planning weddings, throwing parties, and having babies. Judah’s figures were constantly at war…At war with friends, with enemies, with monsters, defending justice and saving the world. I used to sit back and laugh as I watched the two of them play together. Adalia was the more active (and LOUDER) of the two but they played (even the same games) very differently.

And let’s see…there was that time one of my sons (I won’t say who) was not quite three-years-old and was running around outside naked. I glanced over just in time to see him peeing in the grass…only, his stream was so strong the arc of urine went straight up…my puzzled son looked down and sprayed himself in the forehead. With his own pee.

You won’t see that with a daughter.

And speaking of pee. Did I ever tell you that when Judah was an about five he peed everywhere? In cups, in garbage cans, in our large stock pot, any container he could get his little hands on. And Chuck? He thought the hilarious. Me? Not so much. Oh, and as soon as Enoch was old enough Judah taught him this trick. And when they didn’t want to trek all the way to the bathroom at night? They just peed in their closet. Problem solved.

So, yeah, while I wouldn’t describe boys as harder, I will say they (even the calm ones) are different. 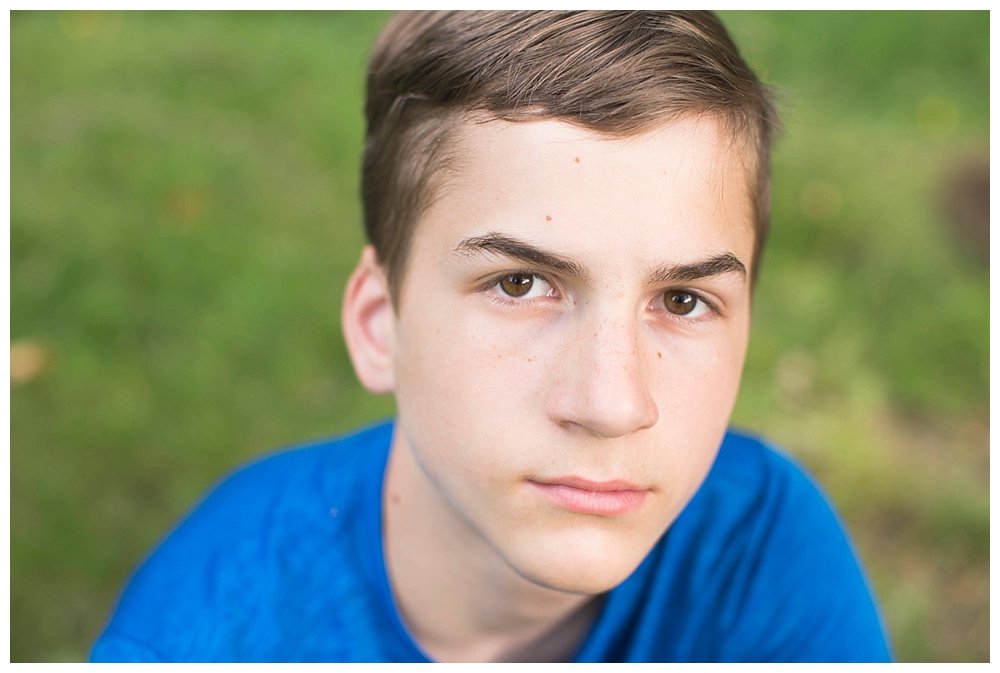 You might remember the Puberty Sucks Hygiene Kit I put together for Avi last year. Well, I just made a boy version for Hezekiah. I headed to Walmart and bought this toiletry bag for less than ten bucks. We first started buying toiletry bags for our older kids when we brought our children home from Liberia. We needed a way to keep everyone’s supplies separate. Eleven years later and they are still using them. That was money well spent.

These bags are great for home use, camping, summer camp, sleepovers, etc. Much like my trick with everyone having their own beach towel, this keeps kids in charge of their own toiletries. 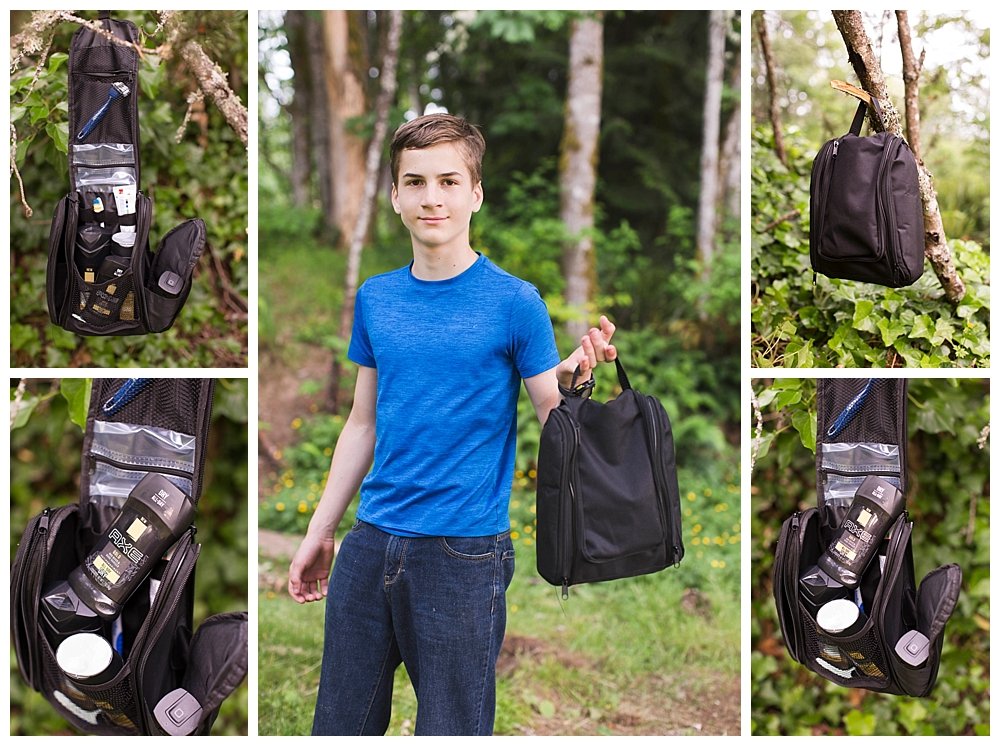 Our kids are all active. We live on five acres, the kids love to camp, run, ride bikes, climb trees, swim, and hike. A few years ago Chuck started to buy men’s shampoo and the boys are now convinced that is the only kind they can use (thanks, Babe). Oh, and there was the time Chuck brought home AXE deodorant for four-year-old Apollo because it said, “Apollo” on it. 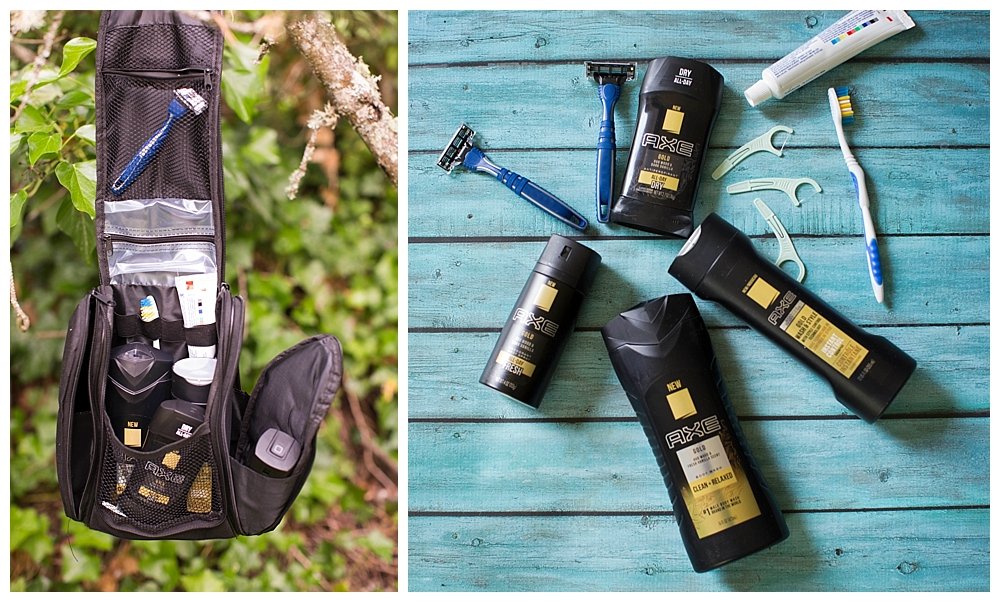 I stocked Hezekiah’s bag with: 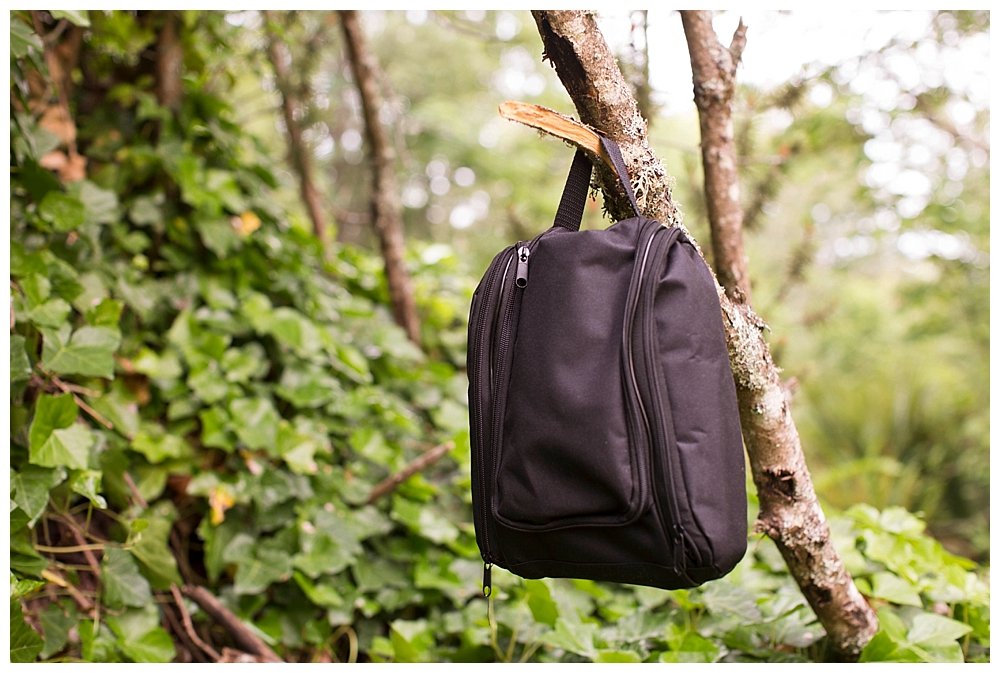 Everything fits perfectly into this toiletry bag. 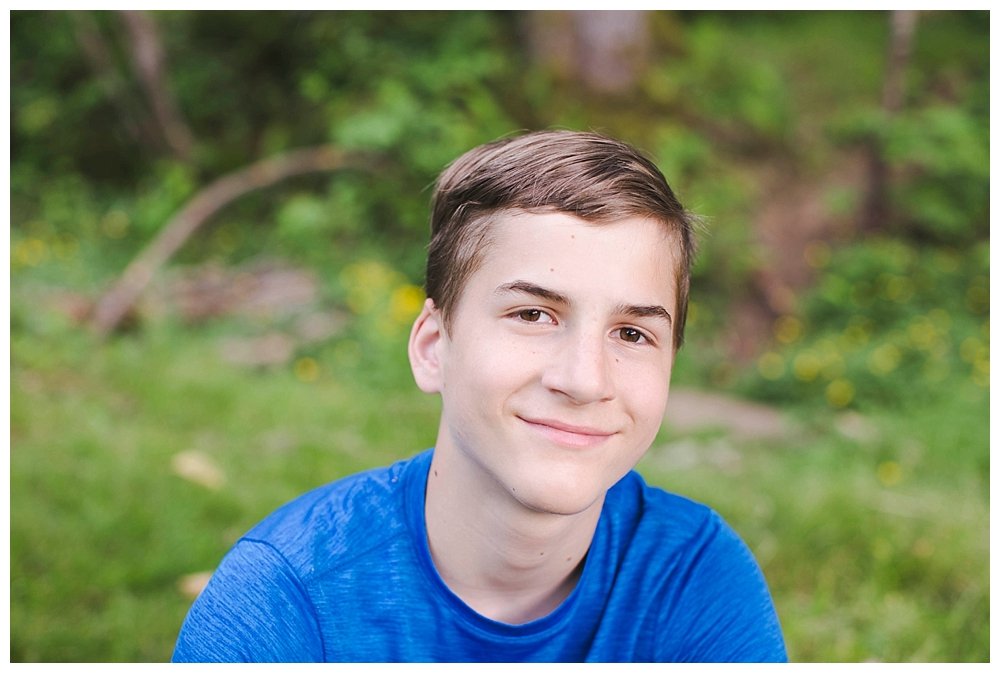 So, fellow boy moms, here are my tips for raising boys:

Laugh with your boys.

Don’t judge fellow moms. We’ve had to resort to desperate measures to get one of our kids to shower.

Girls fight with words, boys fight with fists. Sometimes literally. But they are quick to forgive and go back to being friends.

Sometimes when your boys clean the bathroom you get more than you bargained for.

Always remind yourself it could be worse. I had a friend whose boys once filled up their water guns with urine. And then had a water gun fight.

If you’re feeling discouraged check out my puberty distribution chart. It does get better, I promise.

Boys are proud of being boys. Just go with it. One of my charming sons loved his plastic toy bulls. He loved them so much he chose his favorites according to the size of each bull’s equipment.

Teach your boys to work and work hard. It burns off energy, makes them tired, and prepares them for manhood.

Let your boys (and girls) fail. We all fail in life. It is how they take failure that matters. Help them learn and grow from failure.

And most of all…enjoy your boys. Someday (I know its hard to believe) they will be grown men. Accept those grimy hugs, hands full of dandelions, dead moles, and sloppy kisses now.

House Swap or: the Large Family in an Average House